The first run of the Intel 10nm 10th generation Core is coming! Please be mentally prepared

Ice Lake is the first to be used in thin and light notebooks, including U series and Y series. The former has a thermal design power of 28W or 15/25W, and the latter is 9/12W.

Ten generations of Core Duo notebooks will take a while to get a lot of listings, but it is rare that AnandTech got a prototype from Intel to get the performance of the flagship model i7-1065G7. 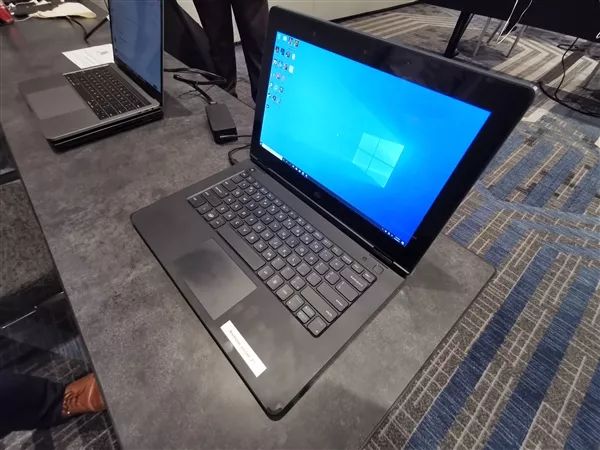 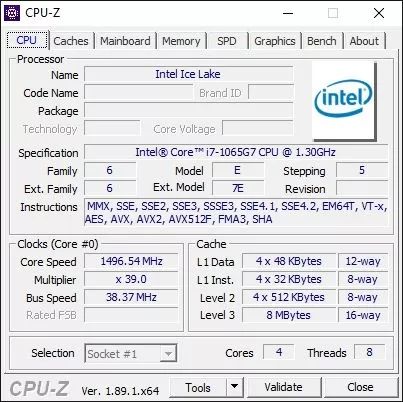 CPU-Z 1.89 recognition is not yet complete 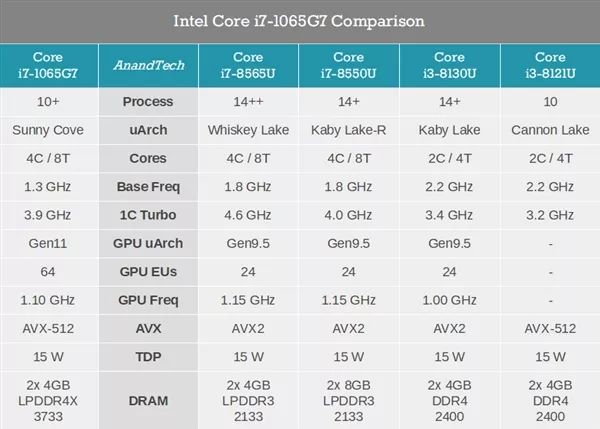 The first application and benchmark tests run in 15W mode, and the 8565U sometimes adds 25W mode.

Unfavorable, the application loading speed is slightly slower than the 8565U.

Both rendering tests are only 1-2% ahead.

AES encryption and decryption increased by 19%.

Next is the game test:

The world's lowest special effect, Tank World, has increased by 20% at 15W and doubled to 25W.

Final Fantasy 15 under 720p standard image quality has more than doubled in 15W mode, but since this is a CPU-sensitive game, there is no additional benefit when opening to 25W, and even if the frame rate is not good at this time. 20FPS.

The 10th generation Core also supports VRS variable coloring rate for the first time. Similar to NVIDIA G-Sync and AMD FreeSync, the effect is still very obvious.3DMark VRS testing can increase by 36-40%, and the lifting is more obvious in 25W mode.

Finally, the power consumption test, running the most power-consuming AVX-512, each test for 20 seconds, rest for 10 seconds, so reciprocating. 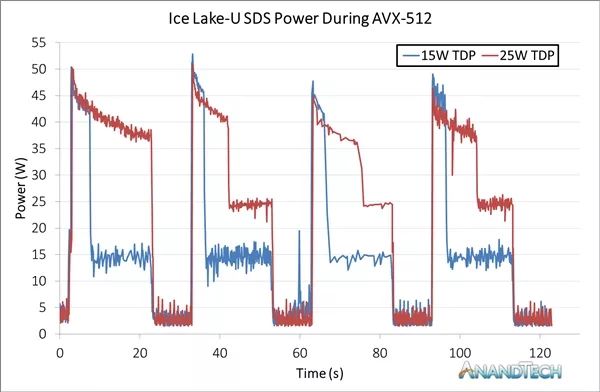 In the 15W mode, it quickly rises to 50W after the test and then slowly drops, but it falls to about 15W in less than 5 seconds, and then the time is shorter at 45-50W each time.

In 25W mode, it also jumps to 50W quickly, then slowly drops. The first round sticks to the end and is still around 37W, but the second round lasts about 10 seconds and drops from 50W to 40W, then stabilizes at 25W, then each round is basically This is all the case. 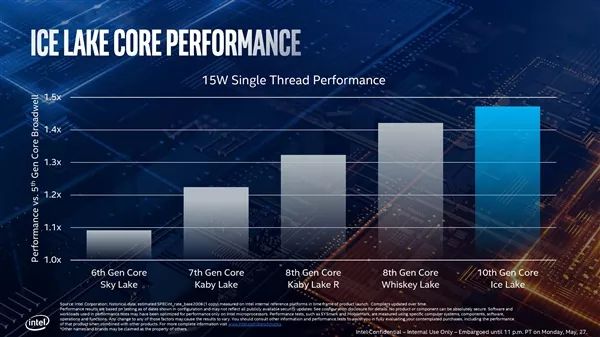 All of the above are the same frequency comparison, but unfortunately,The CPU frequency of the 10th generation Core is relatively conservative, and the highest acceleration is only 4.1GHz.The i7-1065G7 tested in this test can only accelerate to 3.9GHz, which is as low as 700MHz compared to the i7-8565U, so it is very disadvantageous.Fortunately, memory jumped from LPDDR3-2133 to LPDDR4X-3733 (U series), greatly compensated for the loss of frequency.

In the actual test, CineBench R20 single-threaded test is a surprise increase of up to 22%, multi-threading is only 4%, and the improvement in practical application testing is also very limited, but also in line with previous predictions, so the CPU of the 10th generation Core Performance should not be over-expected, even if it is open to 25W is not ideal.

GPU core shows that both architecture specifications and technical features are advancing by leaps and bounds.But I don't know why, the three games tested by AnandTech are not typical enough to eat CPU instead of GPU, so it's not very good judgment.According to Intel, the highest level of new graphics is that you can play mainstream games in low-definition 1080p.

As for power consumption, whether it is 15W mode or 25W mode, it will accelerate to the highest degree in a period of time, and then return to the standard TDP, but here only tested the extremely high load AVX-512, the actual application and game should be able to Maintain a longer time at high power consumption. 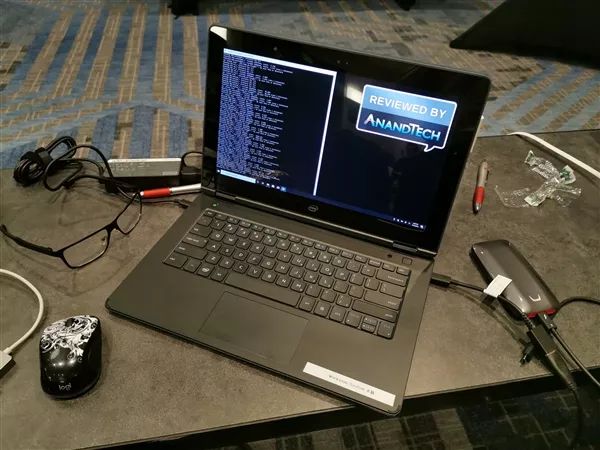 But don't say, Intel's ambition is actually quite big ……

SIGGRAPH During the 2019 International Graphics Annual Conference, Intel simultaneously launched the CREATE event, which explainedIts tens of billions of sub-computing visions have been a huge boost to filmmaking and content creation, and Intel has set a multi-year goal —— 1000 times performance improvement.

With over 100 Intel internal applications and adoption by numerous independent software vendors, the OneAPI Rendering Toolkit is a highly optimized software library that delivers efficient, high-quality rendering of virtually any size of data.

Raja M. Koduri, Intel's chief architect and senior vice president of architecture, software and graphics, said: "We are constantly pushing the industry to a world where everyone can use billions of computing technologies and let creators Break through the boundaries and tell stories with richer visual effects and immersive experiences. This kind of vision for the future has inspired me and inspired my team to achieve the goal of “1000 times performance improvement” in the coming years, thus turning everything into reality. ” 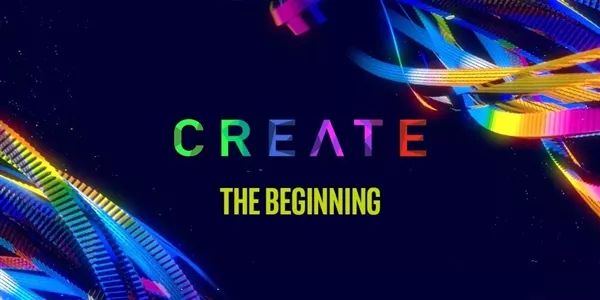 Let’s talk about Intel on ChinaJoy, it’s quite domineering ——

97%!According to relevant data, in the first half of 2019, more than 97% of the gaming PCs sold by JD.com were equipped with Intel.

During the ChinaJoy 2019 period, the data released by Intel and JD.com caused a lot of turmoil, and once again proved the unshakable industry position of Intel and its Core processor.

This year, Intel, as the first exhibitor in the history of CJ to take over the theme pavilion, continued to dominate the package, and for the third time, as the official top partner, named “Intel Theme Pavilion”, directly contracted the entire 12,000 square meters. The venue completely ignited the fiery passion of game lovers and e-sports players. 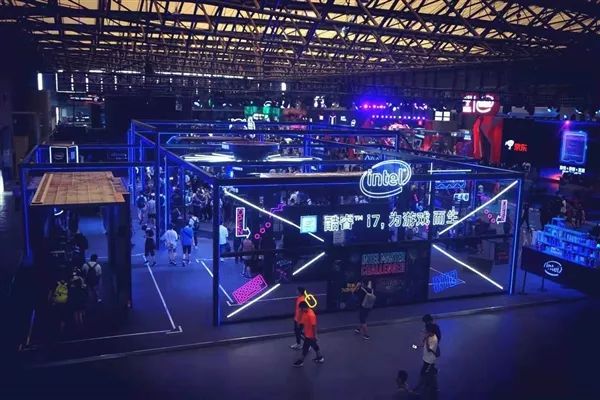 Here, there is the Core i7, “The Strongest Surface” for the game, the Core i9 with the strongest surface, the game desktop, the game notebook, and the mini but sly “Pluto Canyon”. 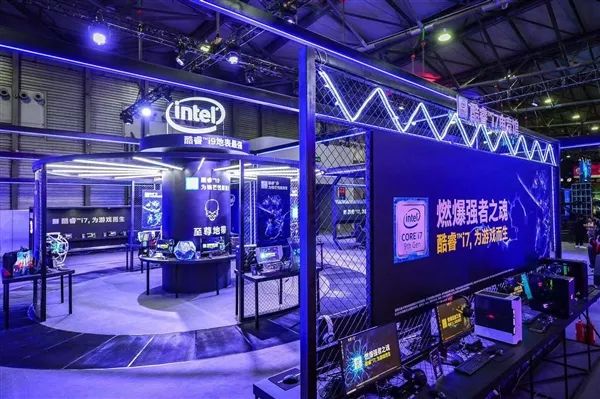 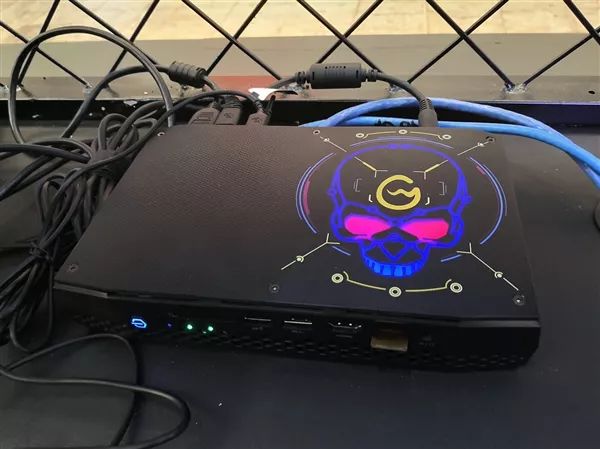 There are all kinds of creative mods, from the blue multilateral body imitating the i9 box to the mesh & trash; trash can, the sense of technology is full, the imagination is wild, it is amazing. 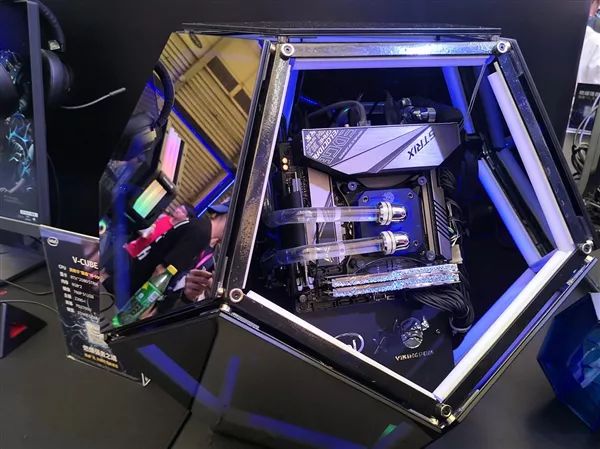 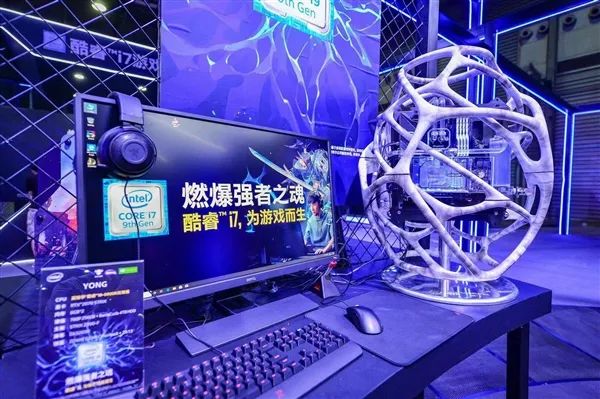 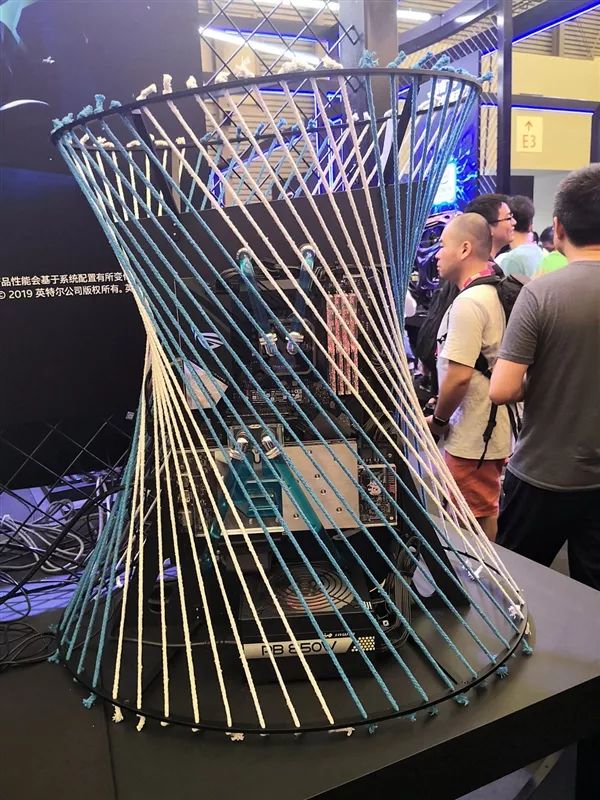 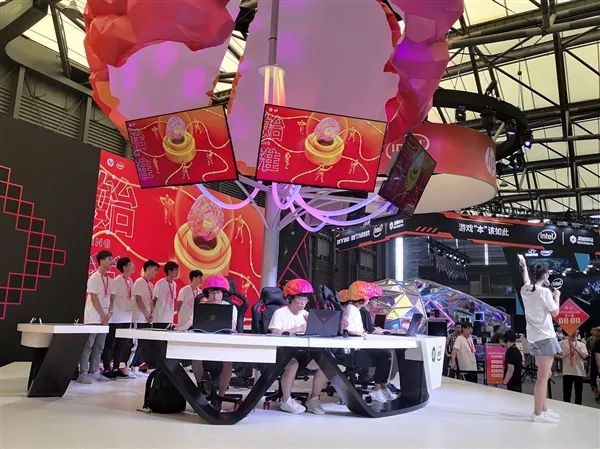 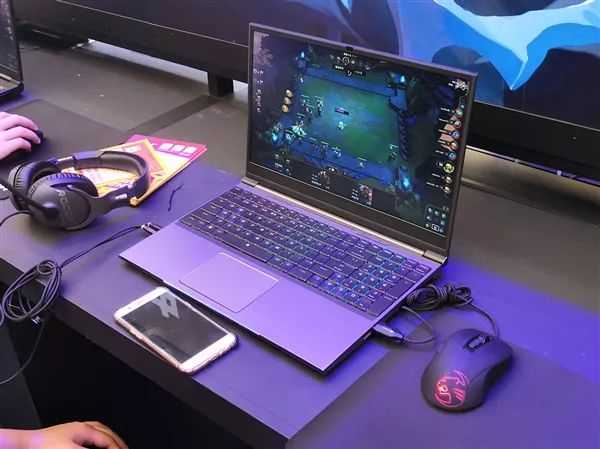 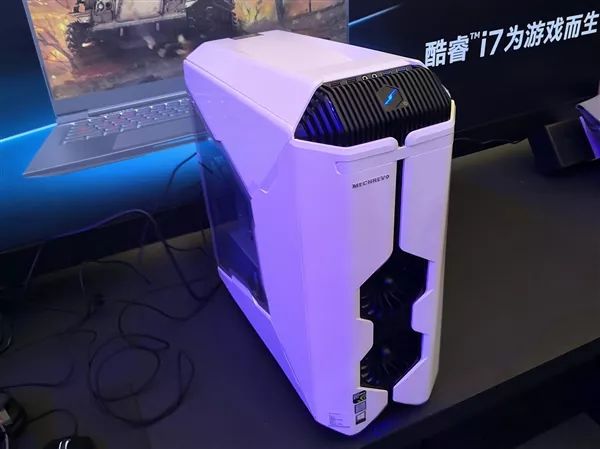 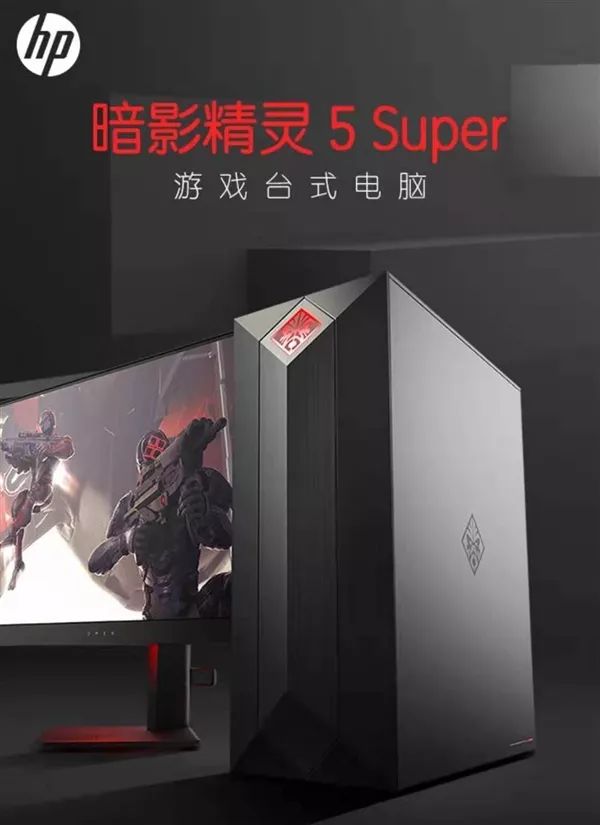 The IMC Intel Master Challenge, which was specially designed for Chinese grassroots players, has entered the third session. The final of the Shanghai Grand Prix has already started. The star anchors wAwa, Ze Yuan, Miller and Yu Shuang will explain the League of Legends to hundreds of thousands of viewers. "DOTA 2", "CS: GO". 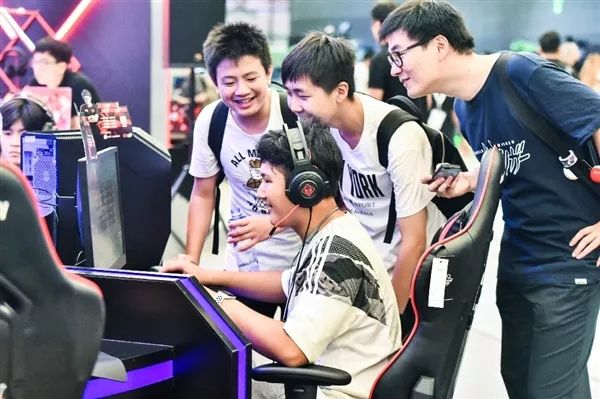 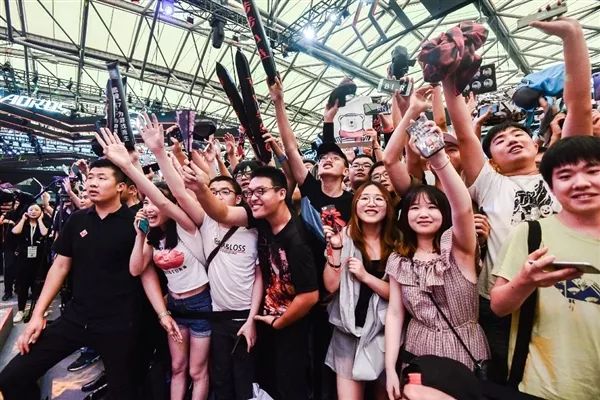 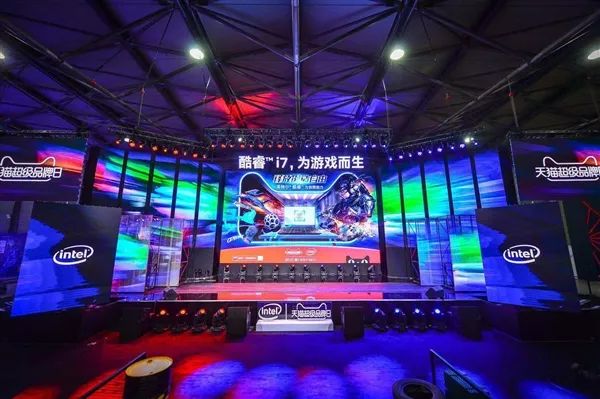 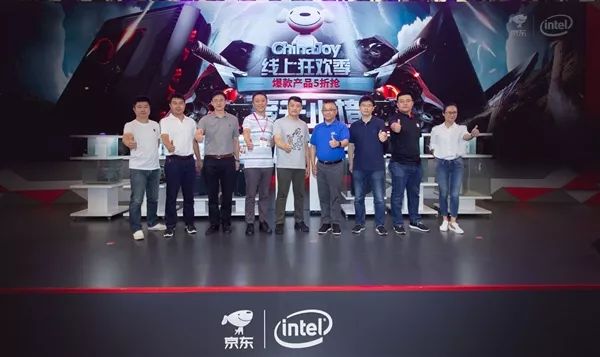 Tmall Intel Super Brand Day is the fourth consecutive year. Last year, it set a sales miracle of 164 million, an increase of 51% over the same year. This year is the first online and offline linkage. In April of this year, Intel also signed a 2019 strategic cooperation memorandum with Tmall. The two sides will conduct comprehensive cooperation on big data, designer computers and new retail. 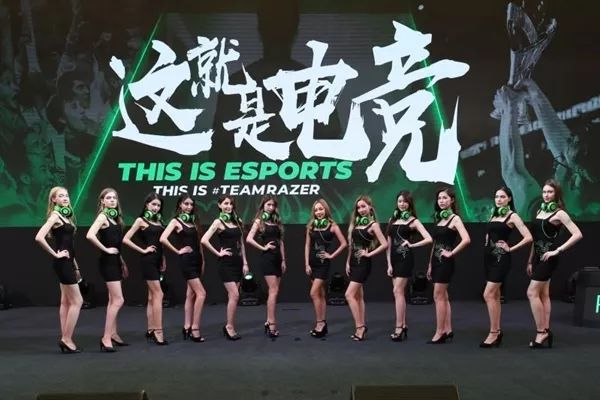 Related news
Intel's Official Science Popularization: Ten Questions Seconds Understand Ten Generations of Core
Airpods X generation? 399 dollars!
Hot news this week
Biden signed a chip and scientific bill, a video call of WeChat iOS internal test suspension window, the advanced CPU caused Win11 to be difficult to use, Huawei new machines enter...
How to regulate the "broken card" operation to crack down on electrical fraud to prevent "accidental injuries" with cards?
Musk's eyes! Lei Jun released a full -size humanoid robot Xiaomi self -developed strength explosion table
Japan has confirmed that China has overtaken the US for the first time in the world's top three indicators of scientific papers
iPad 10 will be absent from iPhone 14 conference: October appeared on Apple's last non -comprehensive tablet tablet!
Kuaishou TOB business Yu Bing: Self -developed chips or mass production after the end of the year, the video must be turned into light industry
The three major indexes of the US stocks opened sharply: ROBLOX fell more than 4%, Twitter and Tesla rose more than 3%
The global streaming media have increased the animation circuit is becoming a new "breakthrough" for Youaiteng
After selling Tesla for $6.9 billion, Musk said he was not selling it, but a survey said he was still selling it. The title of the world's richest man may not be guaranteed next ye...
Meizu Pandaer Great: All products are reduced by 200 and 30 -containing mobile phone cases, heat dissipation back clamps
The most popular news this week
Pet dog infecting monkey acne suspected "Human Poor" American CDC Reform Control Guide
Space Launch System to Fly for First Time
Tencent's second-quarter net profit fell 56% from a year earlier to 18.6 billion yuan
Fabless customers cut back on chip orders affecting Q4 capacity utilization
Washington's suspicion of TIKTOK exacerbated: How will the Bayeon government weigh it?
Pinduoduo launched its cross-border e-commerce platform in the United States in September
Put an SSD in your phone: from 2,499 yuan
China's largest general purpose drone! The first five flights were successful
IPhone 14 to be released alongside Huawei Mate 50: Which bangs do you choose?
Tencent's agent of the Russian war online game announced the suspension: Customs Customs in October