Engineers at the University of Houston have developed a flexible, easy-to-manufacture electronic patch that, when attached to the human body, directs human motion and other commands to the robot and receives temperature feedback from the robot.

Compared with Max, who has not figured out the human brain mechanism and is ready to open your brain, engineers from the University of Houston prefer to use a multi-functional HMI device ——Wearable patches make the integration of humans and machines easier. 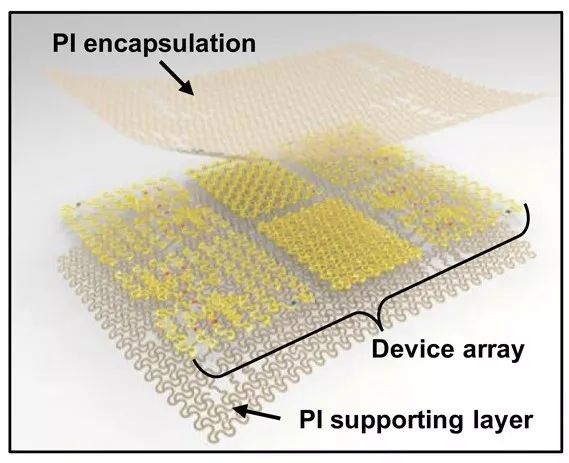 The research results were published not long ago.Science Advances magazine.

This wearable patch is only less than 4 microns thick and uses only one material for the entire structure, but includes transistors, RRAM memory cells, strain sensors, UV detectors, temperature sensors and heaters.

What kind of magic patch is this?

Volunteers participating in the study applied a wearable patch on the back of the hand, and the muscle signal was directly used to guide the robot by capturing the movement of the human hand.

In order to better control the movement of the robot, the robot can also come up with such a <; a paste & rdquo;. 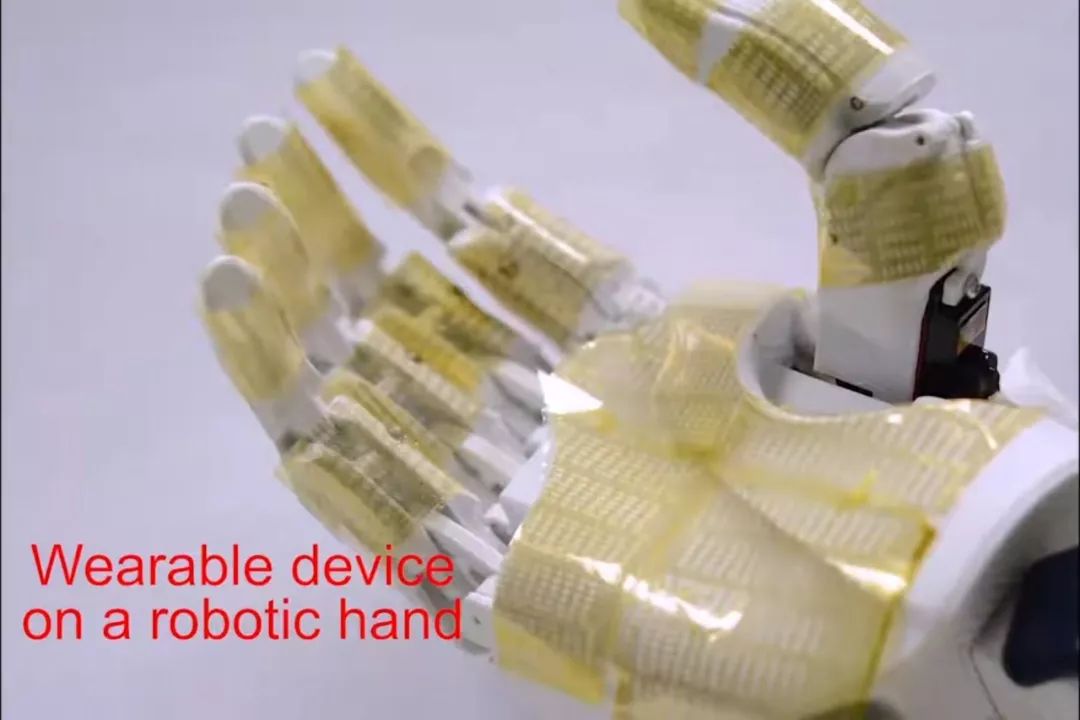 In this way, the integrated control circuit of the patch can be used to provide temperature feedback from the robot hand to the human hand to close the human-machine control loop.

Through such a mechanism, the patch enables two-way communication between the machine and the person.

Compared with the brain-computer interface, although it is not possible to directly control the robot through consciousness, at least it does not have to face huge unknown risks.

At first glance, this 4 micron thick patch is nothing special, and it is even reminiscent of the necessary instant noodles in the fat house, but this small body is hidden under the small body. 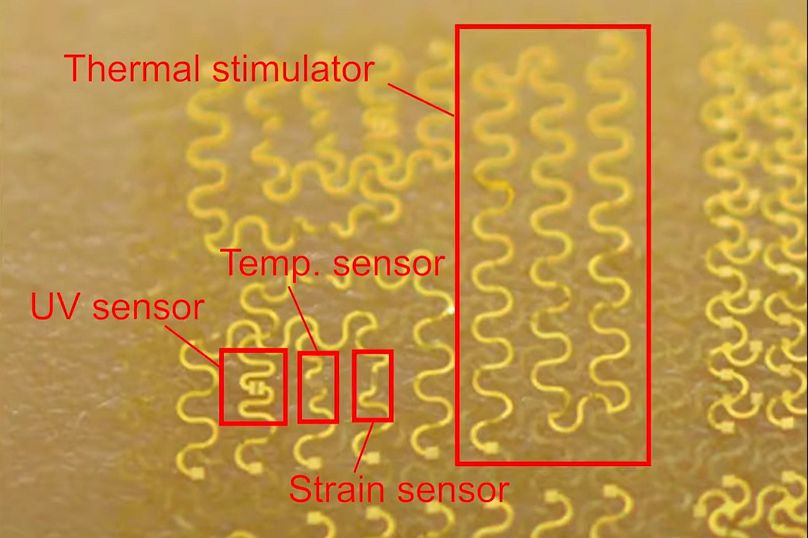 When we zoomed in, we found out that the shape of each noodle is different. Each different form actually corresponds to a component. 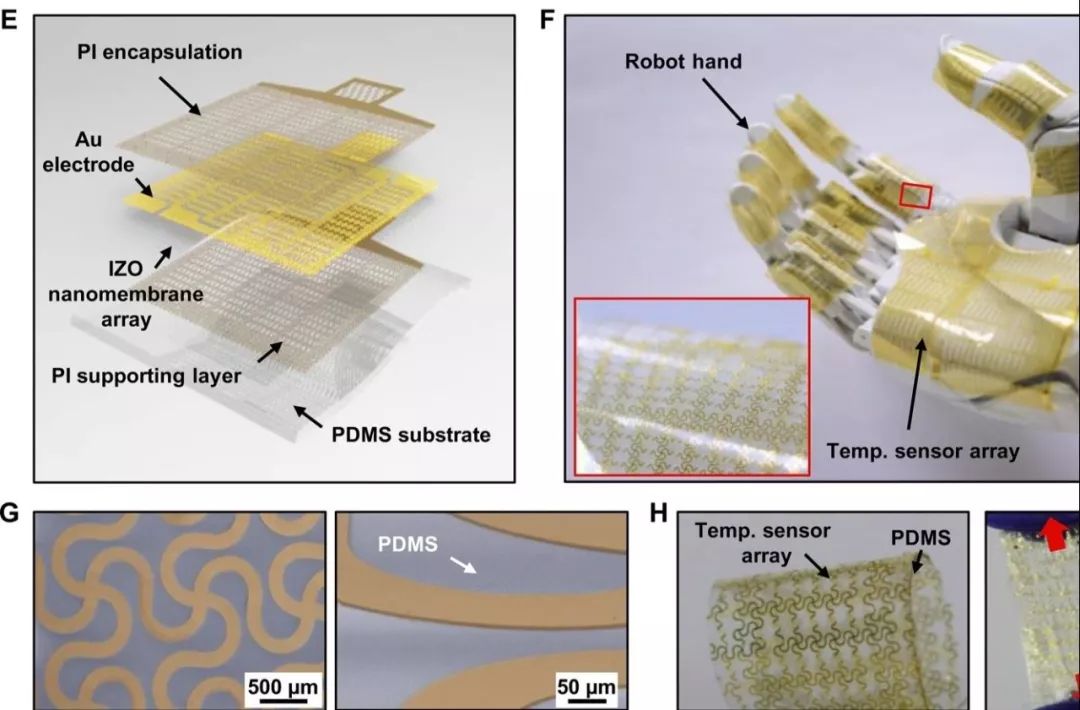 The bubble shape of the conductor allows the device to stretch with the polyamide without breaking, so that the soft texture allows a person to get a better feel when wearing.

Revolutionary innovation, prospects can be expected

As Dr. Yu Cunjiang, the leader of the study, said: “Traditionally, to achieve multiple functions, you may need to integrate multiple materials or multiple chips. But now you can do it all with one material. ”

Dr. Yu Cunjiang, who achieved this innovation, will be listed on the MIT Science and Technology Review's “35 Innovative 35 People” list, which won the title of Pioneer.

The list aims to select the 35 youngest technology innovators or entrepreneurs who are considered to be the most talented, innovative, and most likely to change the world.

The winner was the invention of a stretchable rubber semiconductor material, and on this basis, various all-rubber electronic transistors, sensors, integrated devices and systems were developed, adding "stretching" to semiconductor materials. This performance, which has not been realized for many years, will also revolutionize the driving force in many fields.

We have reason to believe that this technology will better change our lives in the future.

Related news
Chinese scientists protest against the scientific research environment in the United States. "Poisonous," Nature and Science speak out!
AI has captured many people and has re-entered Science, training costs $150, and wins 1,000 knives per hour.
Science Cover Weight: MIT to build artificial muscle fiber, programmable!
Science Advances publishes flexible electronic patches that allow two-way communication with robots
Science Advances: Good milk comes from good "gut bacteria"
Science responds to "counterfeiting" of China's fuel cell research
Science robotics cover paper: how does a software robot walk without electronic components?
Great! Ph.D. of Electronics University Realizations Nature, Science
Hot news this week
With the NIL technology, Canon wants to provide China with a lithography machine comparable to the EUV
Genius hacker Geohot promised Musk 12 weeks to fix Twitter search, but posted for help because he wouldn't react
Google's parent company is planning to cut tens of thousands of jobs
The Long March 9 is basically confirmed: the low-orbit carrying capacity of 150 tons can carry the entire space station into space
A small plane in the US has crashed into a 30-metre high voltage power line and got stuck: 80,000 people affected
Alibaba launched a new cross-border e-commerce platform in Spain, aiming to operate independently in the middle and high-end market
Google is concerned that Microsoft's acquisition of Activision Blizzard will affect the ChromeOS experience
Can recording others' wechat chat records be used as evidence? The Beijing Internet Court has an answer
The second generation Snapdragon 8 flagship! Mi 13 toughened film appeared: four sides and other narrow screen accounted for a stable ratio
A Tesla crashed into two cars in Taizhou, Zhejiang province, killing two and injuring one, police said
The most popular news this week
Eggs don't fit in one basket: Some of the Snapdragon 8 Gen2 is manufactured by Samsung
128 core 256 threads! AMD Zen4c is here: Arm is cornered
Breaking the spell of "Android 3 year must card", the new Breguet mobile phone will be sold for the first time tomorrow: from RMB3499
Be careful with your phone for a long time! The aunt played with her mobile phone so much that her fingers got stuck
More conscientious than Google, the OnePlus promises a 4-year upgrade: Android 17 beckons
What do Chinese teenagers do online? It's comforting to be third and first in gaming
Tmall sought 500 million yuan in loans from ofo affiliates and Dai Wei
Tencent Holdings: bought back 36,200 shares at a total cost of HK $10.606 million
Tuniu's third-quarter revenue fell 32% from a year earlier to 7,790 yuan
Xiaomi 13 press conference new product summary: In addition to the phone there is a monster new