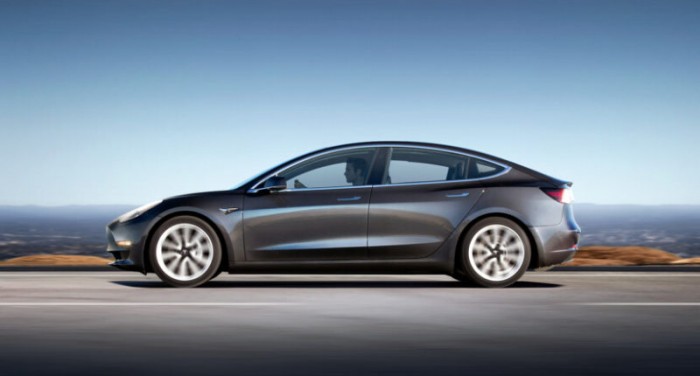 NHTSA also issued a subpoena to Tesla asking for information on multiple crashes.

According to documents released by the legal transparency organization PlainSite, the car safety agency said that Tesla’s blog released in October last year stated that Model 3 is the five-star safety model with the lowest probability of injury in the car tested by NHTSA, which is used with the agency. The guide does not match.

The agency also asked the Federal Trade Commission (FTC) to investigate whether these statements by Tesla constitute unfair or fraudulent acts.

Jonathan Morrison (Jonathan Morrison), NHTSA's chief legal adviser, said in a letter to Tesla CEO Elon Musk (Elon Musk) on Oct. 17 last year, "this is not the first time Tesla has ignored these guidelines, an approach that could lead to confusion among consumers and give Tesla an unfair market advantage."

NHTSA said last year that Tesla claimed that the occupant injury risk of the Model 3 electric vehicle was the lowest among all cars in the test of US government agencies. This is beyond the scope of the agency's analysis and points to the need to create a level of security for areas of vehicle performance that are not currently rated.

Tesla and NHTSA have not made any comments at present.

Related news
Tesla was reviewed by the US agency for the Model 3 safety statement
Tesla Model S collides with Honda Civic to kill 2: Whose fault is it?
Tesla Model 3 wins the highest safety award of American Highway Safety Insurance Association
Tesla Model 3 as the only electric car to win IIHS Top Safety Pick title again
Tesla Model s price drops another $5000
Out of control investigation of imported model 3: Tesla denies brake failure
US Agency investigates touch screen failure or is forced to recall 63000 model s
Tesla Model 3 measured by consumer report of the United States does not live up to the name of "fully automatic driving"
Hot news this week
Tesla's response to the spontaneous combustion and explosion of Shanghai model 3: preliminary judgment that the accident was caused by the collision under the car
Pinplay: has filed a lawsuit against Tesla for infringing pinplay's reputation right through the Internet
China's auto chips stopped in Europe and America? Official response
Global chip crisis worsens Ford closes German factory for one month
Full screen bomb is playing crazy wechat Android version 8.0 beta version comes with download
Huawei upgrades 2021 notebook models of matebook series: 11 generation core from 5499 yuan
Girls will be tied to the doll on the back to take home during the holiday netizen: This is too caring
Intel and AMD motherboards are in chaos
NVIDIA's acquisition of arm may be rejected by one or more regulators
MIT biologists reveal why cancer cells waste so much energy
The most popular news this week
ASUS releases Pro WS wrx80e-sage se WiFi motherboard
ASUS Rog flow x13 benchmark exposure: sharp dragon r9-5950hs is 30% higher than Renoir
A big change in the office of the president of the White House: an extra piece of lunar rock (photo)
Foreign media: reviewing the decision to ban Trump's account or a major turning point for Facebook
Why increase anal swab sampling for new coronal nucleic acid detection? Experts: improve detection rate and reduce missed diagnosis
Full recovery of chip supply: CEO Zhao Ming will build his own mate and P series flagship
Intel will outsource orders to TSMC and Samsung: its GPU will use 4nm process, the source said
Samsung Galaxy note 20 Fe exposure: or the best of Note Series
Optional update for windows 10 version 1909: fix directory name invalid error
What does the new coronavirus look like? First 3D image exposure: like a ruined planet