The cover of the latest issue of Science Translational Medicine magazine recommended a new dosing study that broke the 167-year needle injection history. The creation of this new mode of administration is a romantic imaginary journey. Scientists have created a liquid drug delivery patch that not only allows the patient to withstand less repulsion and pain, but also effectively and quickly The drug is delivered to the skin.

Inspiration for the snake's teeth: rapid penetration of capillaries

Since the invention of subcutaneous injection, pharmaceutical liquids and vaccines have generally been administered by needle. Although this method of injection has been a stable method for the quantitative delivery of drugs for hundreds of years, the pain, rejection and infection problems caused by needles cannot be ignored. 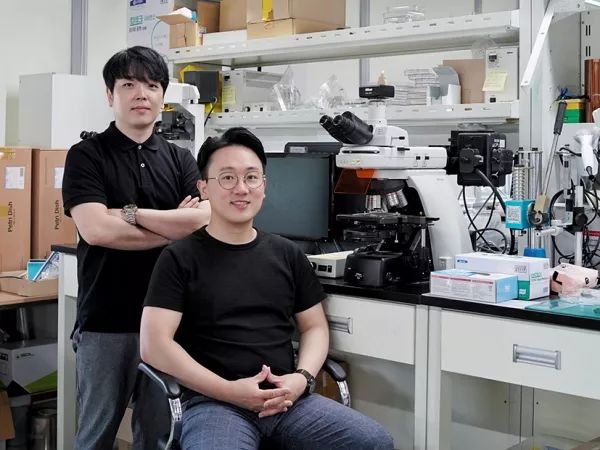 So, Professor Bae Won-kyu from Chongshi University in Korea and Professor Jung-Hoon Jung from the National Institute of Science and Technology (UNIST) in Korea, “Deep Brain Hole”, simulated the snake tooth, and jointly developed a liquid drug. The patch is delivered to effectively reduce the repulsion and pain caused by traditional needle injections and deliver the polymer drug to the cells within 15 seconds. 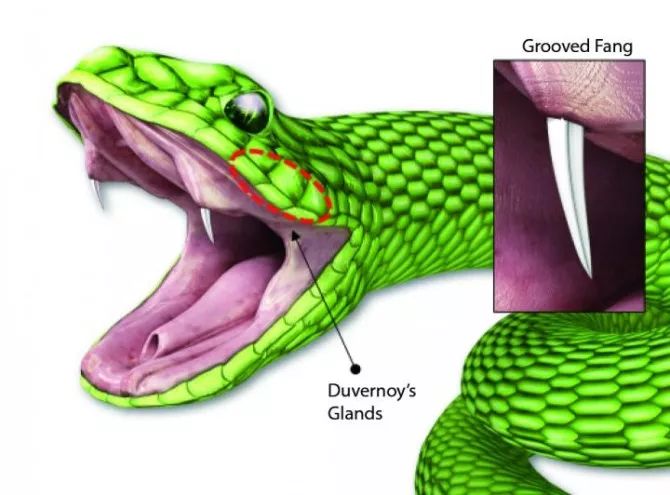 Professor Bae Won-gyu introduced: This design is inspired by the process by which snakes secrete venom. We know that some snakes secrete venom through long teeth, while others release venom through the Duvernoy glands in the posterior molars. Glandular venom release is not only fast, but also unaffected by external pressure, acting through capillary osmosis. Inspired by glandular venom, the researchers designed a microneedle syringe with a groove on the top. The microneedle is like the posterior molar of a viper, and the groove containing the liquid is like the Duvernoy gland. Under micro-pressure, the liquid naturally penetrates into the subcutaneous cells through the capillaries. 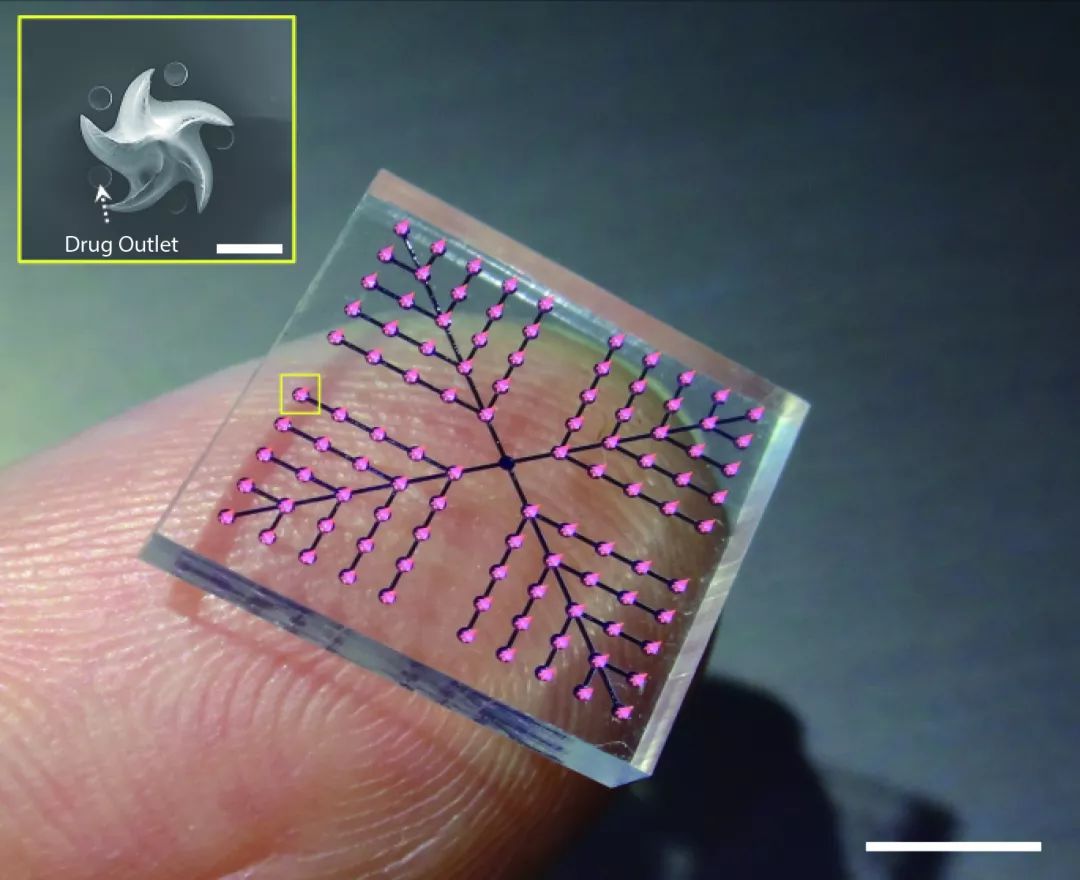 The microneedle patch shown on the human thumb delivers a liquid drug when a slight pressure is applied to its surface. Image source: References [1]

The end of the paper is so shallow that I know that this matter must be carried out. The researchers used a semiconductor process to create a mini-slice of about 1 cm2, which was filled with 100 micro-needles of about two or three hair thicknesses and up to six similar grooves. The liquid penetrates into the body. 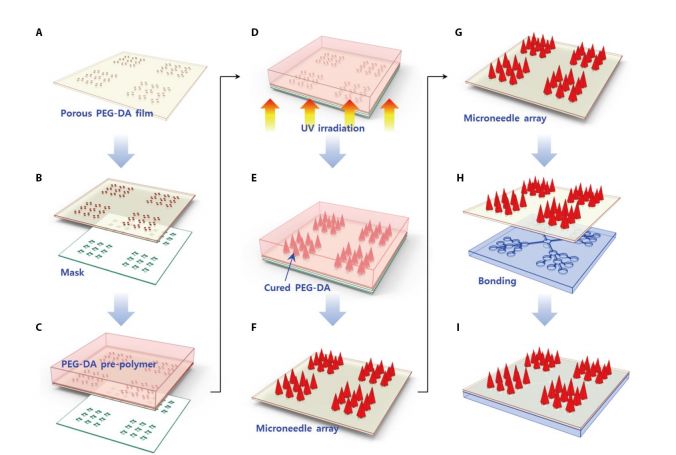 To verify their effectiveness, the researchers first performed a dosing simulation on a computer. It was found that, as expected, this approximately 1 cm2 patch allows 100μl liquid to be injected into the skin in less than one second without the need for a complicated drug delivery system. Later, the researchers also experimented with lidocaine preparations or inactivated influenza viruses on mouse and guinea pig models. It was found that the injection was completed in less than 5 seconds, and after a slightly longer drug infiltration, the corresponding immune response was produced in the animal model.

Professor Bae Won-gyu and his team are very excited about this research and development result. He said: “We learned the nature of “singularity” and not only improved the existing hypodermic syringe, but also solved the big needle. And rejection or pain caused by high pressure. In the future, we will conduct more clinical research in large animal models and human volunteers, hoping to complete the development of this new type of syringe faster and to facilitate more doctors.

Related news
AI has captured many people and has re-entered Science, training costs $150, and wins 1,000 knives per hour.
Science Cover Weight: MIT to build artificial muscle fiber, programmable!
Science Advances publishes flexible electronic patches that allow two-way communication with robots
Science Supplement: Inspired by Viper! Ultra-fast and painless patch syringe has been successfully debuted
Chinese scientists Science > they want to answer Einstein's questions.
Google quantum computing breaks through science cover! The first quantum simulation of chemical reactions was carried out
Science robotics cover paper: how does a software robot walk without electronic components?
Hot news this week
The developer of the dating app Tinder has reached an agreement with Google over billing rules for its app store
Still did it! Canada has banned Huawei and ZTE from participating in the country's 5G network on "national security" grounds
Red Elf Lightning erupts in the Himalayas Spectacular Spectacle: Experts Reveal What Exactly Is This?
The founder of the Internet Quick Hand Su Hua was taken away for investigation, and the fast hand responded: the news was not true
Wang Xiang, president of Xiaomi, explained that a shortage of low-end chips is a major challenge in overseas markets
Or for Studio Display Pro, the release of Apple's 27-inch Mini LED-backlit Display has been delayed by October
Tencent Q1: The business service business has "slightly decreased" year -on -year, and resource centralized video cloud and network security | View financial report
One picture to understand! Blue Factory has issued 3 new machines in a row: self-developed chip blessing, the narrowest lower border
Sony released the active noise-canceling headphones WH-1000XM5, equipped with 2 chips and 8 microphones
Tencent established a smart technology company in Chengdu, and its business scope includes Internet data services
The most popular news this week
How does the Internet make People Copy each other
Fed Vice Chairman: The future digital dollar may complement the coexistence of stablecoins and commercial bank currencies
ZHANG Pingan, CEO of HUAWEI CLOUD: The value of data governance in China has not been fully tapped Data and AI should be accelerated
Shenzhen Atmosphere! The sales price of mobile phones, computers and other products is subsidized by 15%
Microsoft shows third -party components: Win11 chicken rib function is saved
No need to grab it! Sony announced an increase in PS5 shipments
Audi advertising poster photos only sell for 8 yuan? Photographers question the unreasonable use of the photo purchase
Twitter spent $150 million to settle privacy and security lawsuits with the U.S. government
Hong Kong Hang Seng Index Opens 0.5% Baidu Hong Kong Stocks Open More Than 2%
Amazon's new CEO participated in a shareholders' meeting for the first time: to restore normal profit, ready to cut off the excess warehouse