The operating system of Huawei, which began to come out, was released today. 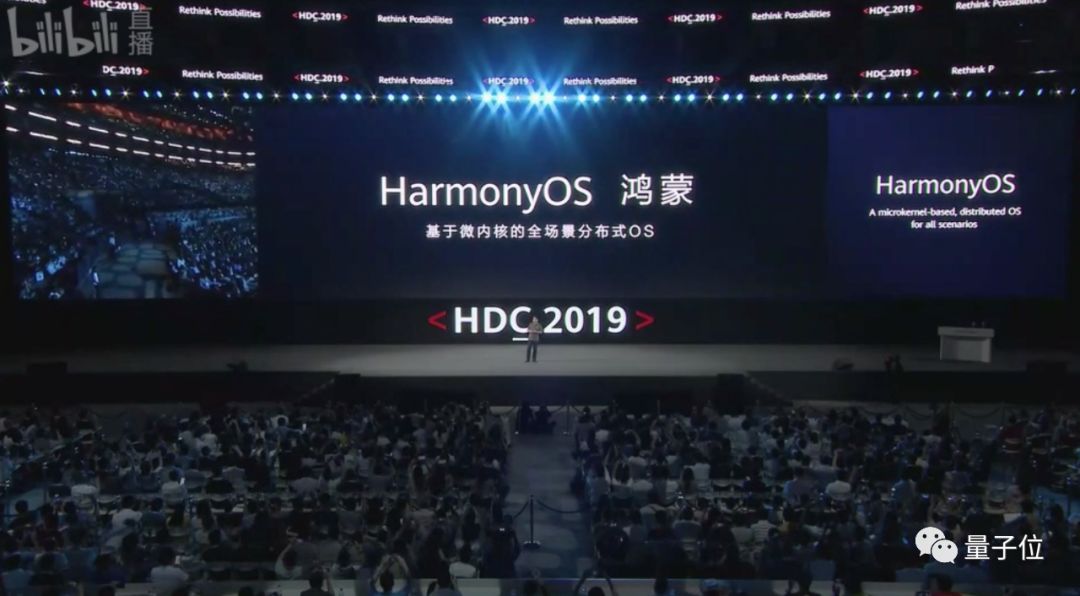 Unlike Android, which has hundreds of millions of lines of code, Hongmeng OS supports not only mobile phones, but also wearable devices, vehicles, speakers and other platforms, ranging from GB-level memory to KB-level memory, all of which are flexible.

Yuchengdong said that Hongmeng OS can be compatible with Android applications. If Android is not available, it can start Hongmeng at any time, but considering the partnership and ecology, it gives priority to using Google's Android system.

In addition, regarding another highly anticipated product Ark compiler, Yu Chengdong said that this compiler can support multi-language unified compilation in the future, C, C++, Java, JS, Kotlin, etc. can support, and even can be mixed and compiled.

AIoT: The challenge of the operating system 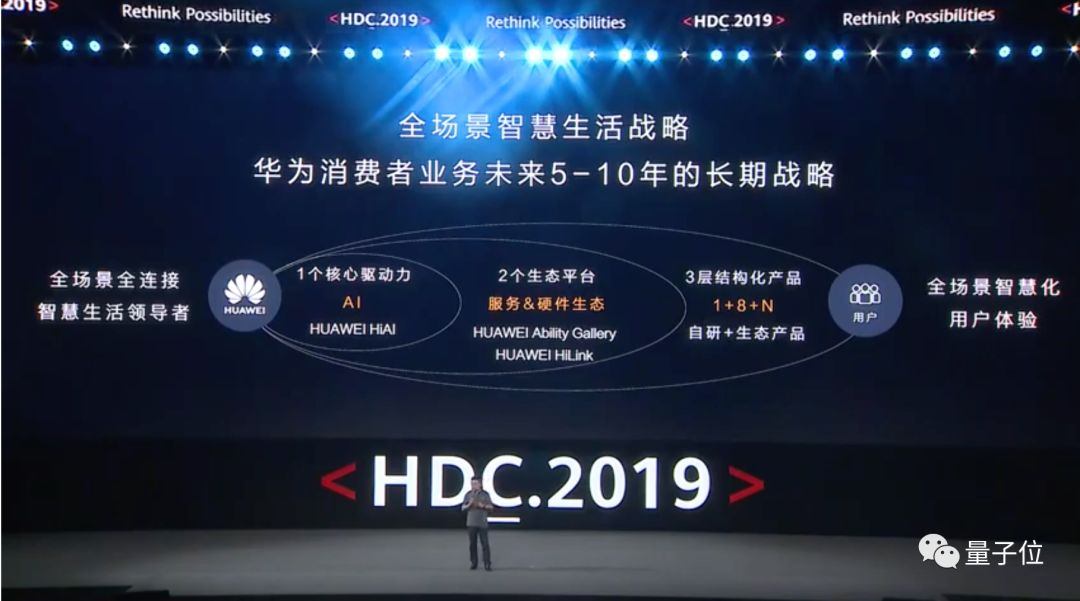 Then, Yu Chengdong asked the question on the spot:

In such an era of Internet of Everything, what kind of OS can meet the needs?

Yu Chengdong said that the Android and Linux operating system kernels are hugely redundant, with a total of more than 20 million lines of code, and we only use 8% of the code. These two systems are difficult to guarantee the smooth experience of different terminals.

Of course, there are many companies that are exploring this direction, such as Google and Apple.

Google is developing the Fuchsia system of "big one", the future development direction is microkernel, but Yu Chengdong pointed out that it is not a distributed design, and its performance is poor.

As for Apple, the hybrid kernel is used, and now the system is gradually split and the ecology is closed.

Hongmeng OS has the characteristics of distributed architecture, smooth operation, security and credibility.

First of all, Hongmeng OS can support smart screens, wearable devices, car, mobile phones and other devices, and flexibly adapt various terminals according to different performance devices, from GB-level computer phones to MB-level smart watches, to KB's basic small smart home devices can be used for a seamless experience across terminals. 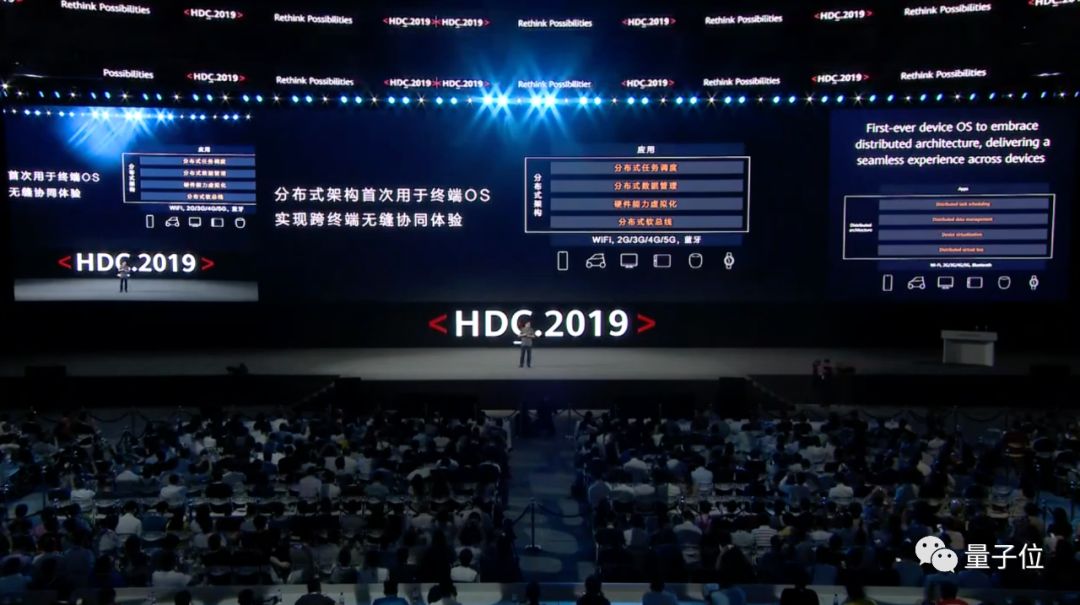 Smooth running is a big advantage of Hongmeng compared to Android. Yu Chengdong said that Android currently uses the Linux kernel scheduling mechanism to ensure user experience. The Hongmeng OS can predict the load in real time, ensuring a smooth user experience and a 25% reduction in latency.

Yu Chengdong made an analogy. The Android system is like all the vehicles are crowded in the same lane, and the Hongmeng OS is equivalent to dividing the road into a fast lane, a slow lane, and a bicycle lane. The processes do not block each other.

Compared with the Android Hongmeng process, the communication efficiency is increased by 3~5 times.

As for why the Hongmeng OS wants to adopt the microkernel, Yu Chengdong said that in order to ensure the security at the kernel level, the use of the microkernel will be a major trend in the future. The microkernel naturally has no root privileges, and the outer core services are isolated from each other, improving system security from the source.

For Hongmeng, an OS that can adapt to different terminals, the most important ecological sharing. To this end, Huawei provides an IDE for multi-terminal development, which enables layout adaptation on different screens and different hardware of mobile phones, PCs, and in-vehicle devices.

Subsequently, Yu Chengdong introduced Huawei's self-developed Ark compiler, which will support multi-language consent compilation in the future, including C/C++, Java, JS, Kotlin and other languages, achieving up to 60% performance improvement. 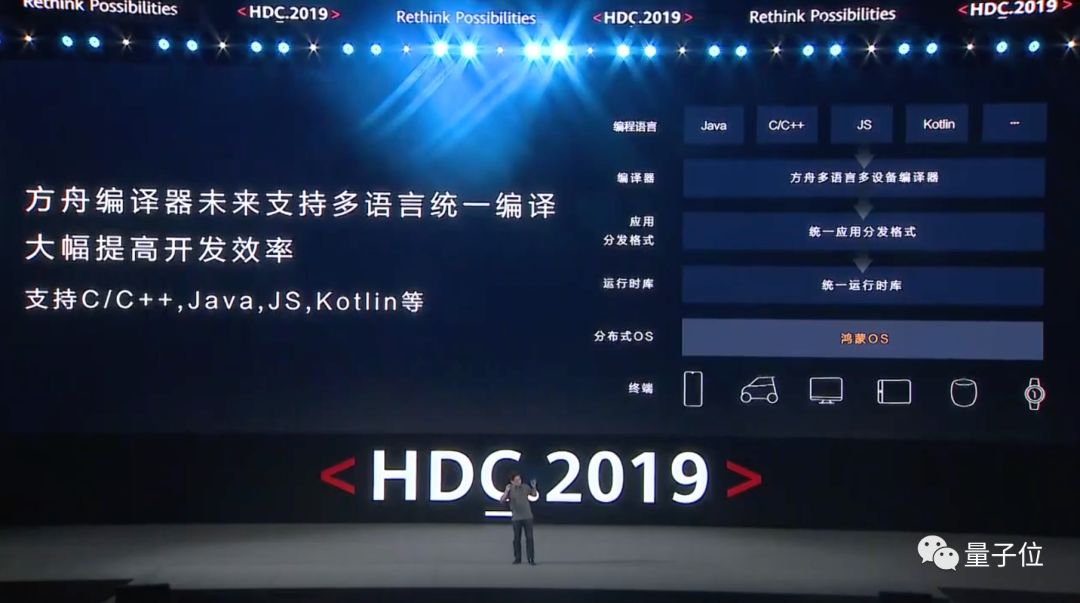 At this stage, Hongmeng OS still retains the Linux kernel, mainly from the perspective of software ecology, and is compatible with Linux, Android, and HTML5 applications. In the future, Hongmeng OS will replace all with microkernels and use the Ark compiler. 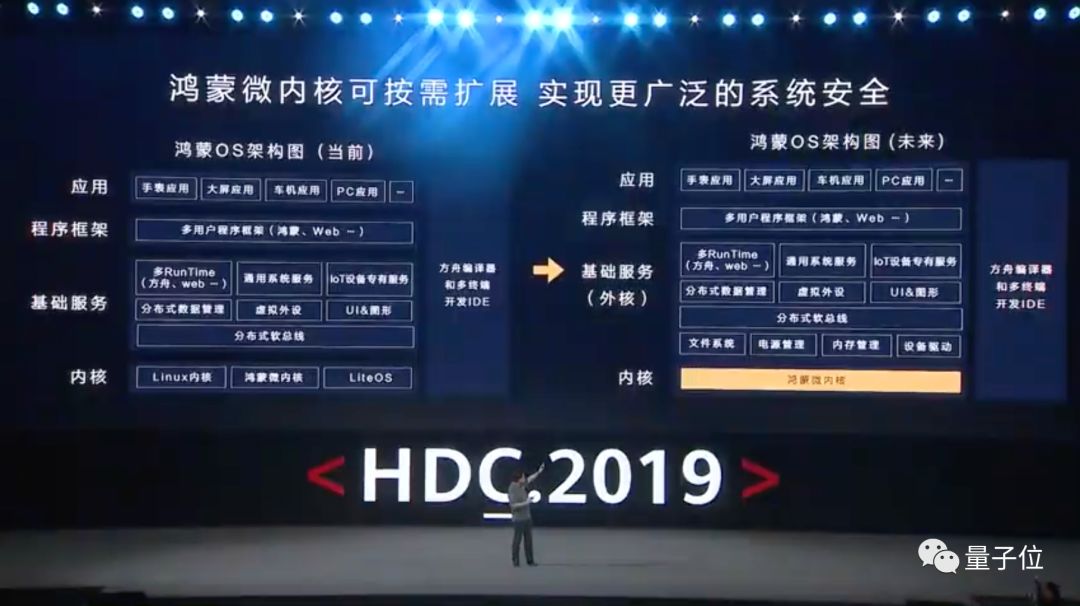 Because mainstream software developers are still developing applications for systems such as Android, how to help them port their software to Hongmeng OS is the key to building an ecosystem.

Hongmeng OS develops cross-terminal applications with the Distributed Capabilities Kit, which is as simple as developing a common application. 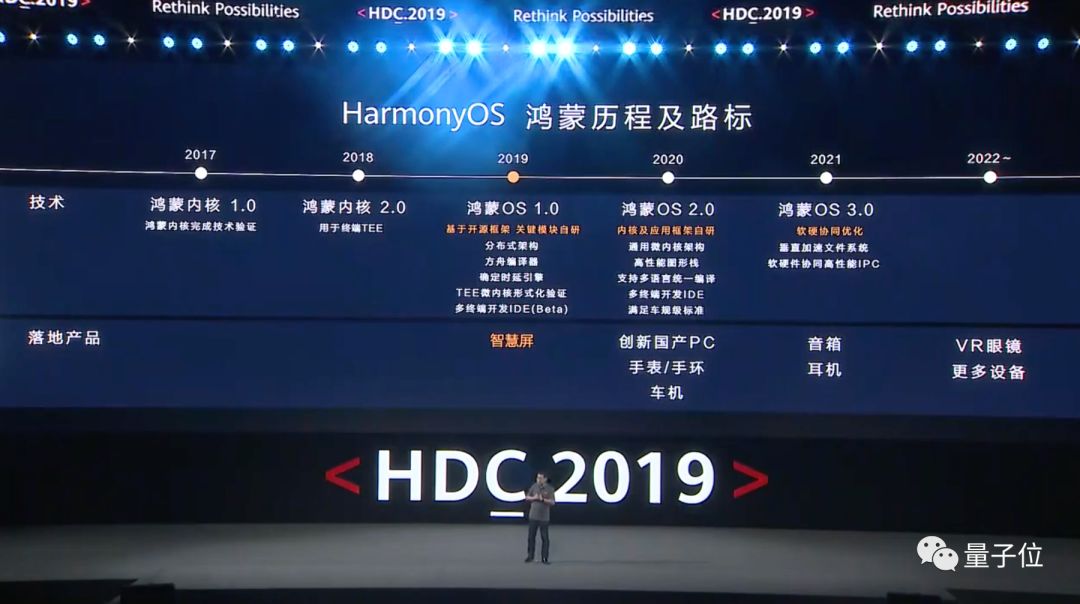 However, Huawei is not afraid of "discontinued", if Android can not be used, Huawei can switch to Hongmeng OS at any time.

And the migration of the ecosystem is also very convenient, Yu Chengdong said that ordinary developers can transplant Android applications to Hongmeng in just one or two days.

Finally, Yu Chengdong announced in the speech that Hongmeng OS is open source, and hopes to work with developers to build a more powerful OS.

After the release of Huawei Hongmeng OS, Yu Chengdong also talked about the impact of the US supply cut:

Without the US out of service, our mobile phone can be the world's number one. Now, we can still sit second.

Related news
It is reported that Huawei's Android replacement may be called "Ark OS"
Huawei "Ark" OS trademark exposure! Or Hongmeng Overseas Edition
The new trademark indicates that Huawei Hongmeng system is overseas or called "Harmony OS"
Yu Chengdong: Huawei prefers Android for mobile phones, and it only takes 1-2 days to migrate Hongmeng OS.
Huawei Hongmeng OS released! Yu Chengdong: Can replace Android at any time; Ark will support hybrid compilation
Yu Chengdong: A Hongmeng OS can make up all the vulnerabilities of Huawei mobile phones
Hongmeng OS Warehouse will be listed on GitHub's top mobile phone by the end of the year.
What does Hongmeng OS, which is not used for smart phones, mean for Huawei?
Hongmeng OS 2.0 will release its mobile phone version by the end of the year, and Huawei's mobile phone will be fully upgraded next year
Will Huawei phone carry Hung Meng next year OS： break American chains
Hot news this week
13-year-old Chinese hacker capture a big Bune APP 3.5 billion users were sentenced: official response
Huawei applies for "Daxie" trademark, which has been applied for trademarks such as Cangli, Pangu, Luban, Hongyi
20 new e-commerce platform enterprises released the "China's new e-commerce industry healthy development initiative"
Buy chips on the black market at 800 times the price? Ideal Car denied that it had previously been exposed to a shortage of radar chips
Market Supervision Bureau: Improve the standardization of e-commerce main body
Director of the State Post Office: China will achieve the establishment of village express direct investment within three years
More than 550 suspects have been arrested after police cracked down on a gang known as "Ditui", which maliciously registered and sold online accounts
Is the card slow after upgrading Win11? Win11 has performance issues: Teach you to fix them
Net-a-world Liu Chuanzhi annual pension of 100 million yuan, Lenovo Holdings dispelled rumors: serious misrepresusion
Huawen: Increase IPv6 + Technology Innovation Helps my country's continued leading the next generation of Internet innovation
The most popular news this week
The epidemic is still serious: the United States announced that this is the condition.
Cool! Red Devil 6S Pro launched aerospace commemorative set: science and technology pull full
What did the three astronauts bring on their space trips? First official reveal
Is Amazon's penalty of 746 million euros for China by the EU to collect user data?
Wang Xiaochuan unloaded Sogou CEO Tencent PCG established "information platform and service line"
Apple warns of upcoming tax and price changes for App and in-app purchases
Volkswagen platform! Skoda
Apple Knife is real! The charger worth 1000 yuan was cut in half
China first! One year, two to send astronauts to the space station will be accepted.
Amazon has launched a formal appeal against a heavy fine for alleged breaches of European Union data protection rules