Yu Chengdong: A Hongmeng OS can make up all the vulnerabilities of Huawei mobile phones 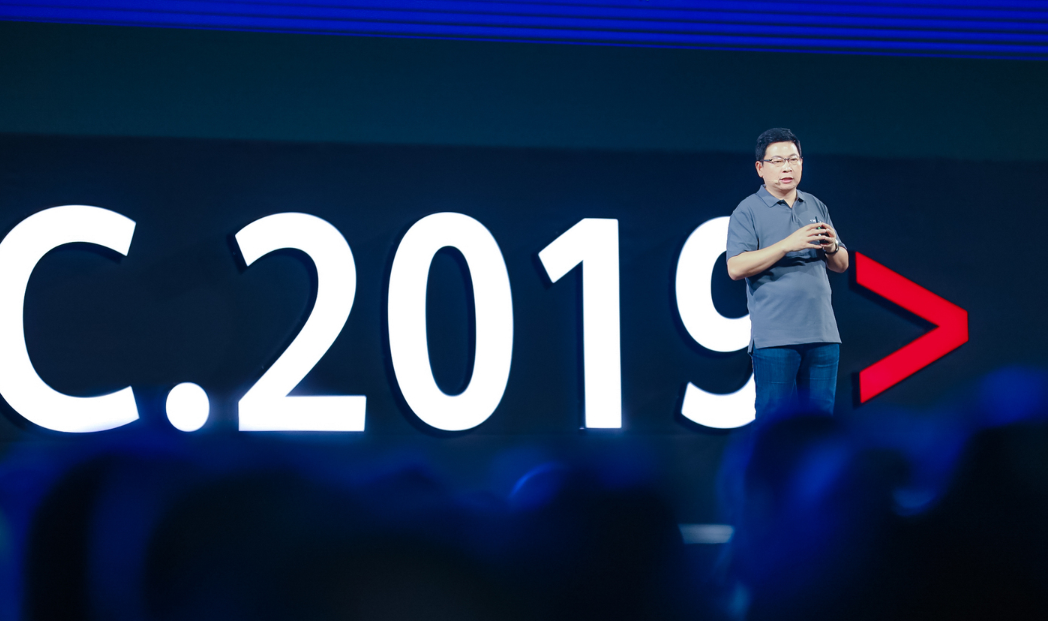 In the subsequent media group interview, Yu Chengdong once again emphasized that Hongmeng OS is open source and the goal is to be the OS of the world. Moreover, for this year's Huawei consumer business performance, Yu Chengdong said that China has a high probability to be the world's number one, achieving 300 million units worldwide. Huawei's mobile phone shipments this year should be 240 million units.

The following is the content of Netease Technology's interview with Yu Chengdong:

1. How do you think about the performance in the first half of the year, satisfaction and dissatisfaction?

Yu Chengdong:It is not easy to achieve this performance now. The country is still growing, and it has maintained growth as a whole. Overseas was originally a high-speed growth, but it has since fallen, but it has basically recovered by 80%, and some businesses have recovered to the level before the decline.

We had a high probability of being the first in the world to achieve 300 million units. But this year, Huawei's mobile phone shipments should be 240 million units.

2. Why did you release the Hongmeng system?

Hongmeng OS is open source and the goal is to be the OS of the world. Although open source, it has the ability to solve security problems. In the operating system for the next generation, we are at the forefront.

We are full-system open source, and may start with rhythm and open source. The future is all open source. Moreover, Hongmeng OS is very suitable for the industrial field, and can realize the automatic driving millisecond and microsecond delay.

It is very easy to transfer the Android system to Hongmeng OS, the workload is very small, and the ecological development is very fast. I hope that Chinese Internet companies will go to sea.

3. Talk about the changes in Huawei's consumer business structure? How do you view the purchase of Huawei mobile phones because of national sentiment?

Yu Chengdong:Huawei's consumer business has been adjusting, and after relatively independent operation, it is more efficient and twice as high as the carrier's business.

Thanks to consumers for their support and love for Huawei. I am 50 years old, over half a year old, and I thought about when to retire. But what happened this year has forced Huawei to be stronger.

4. Hong Meng began to explore 10 years ago. What is the current situation of manpower and financial resources invested? What are the incentives for Hongmeng OS developers?

Yu Chengdong:Our team has invested more than 4,000 people and nearly 5,000 people. The amount of input is very large.

In terms of motivating developers, we give developers more divisions, such as the Yaoxing plan.

5. You just mentioned encouraging Chinese companies to go to the sea. Can you talk about Huawei's experience in going to sea?

Yu Chengdong: First of all, we must have determination and continue to invest in the sea; we must respect local laws and regulations, contribute to the local community, and use local talents to integrate into the local society.

6, Hongmeng OS can be used on the phone at any time, adapt to work?

Yu Chengdong: We have already done the adaptation test for Android Android and Hongmeng OS. Consumers think that Huawei mobile phones will be in trouble, in fact, we are ready.

For the best interests of US companies, we should use our operating system.

7. Previously, both Microsoft and Ali promised to do multi-terminal processing of the operating system, the development concept is like this, but ultimately did not. What do you think is not done?

8. Previously, Ren said that operators basically had no loopholes. The consumer business has loopholes. What is the current patching situation?

Yu Chengdong:There are no holes on the chip. At the same time we are willing to use American chips. The vulnerability is mainly in the ecosystem, whether it is using our ecology or the Android ecosystem.

In fact, our CBG does not have much loopholes. If the US ban continues, consumer business will not be affected. Short-term benefits may be hurt, but long-term benefits have little impact.

9. Does the fluctuation of Japanese and Korean material supply have an impact on Huawei mobile phones?

Yu Chengdong:Many of our suppliers guarantee a stable supply. This is the basic rule of the supply chain.

10. You mentioned that the Hongmeng system is not simple. It is the team's overtime work. Can you tell the story behind it?

Yu Chengdong:After the American incident, employees' work enthusiasm was improved. Under external pressure, the interior became more united, and nothing had happened before.

11. Does Flextronics have an impact on Huawei's consumer business?

Yu Chengdong:Influential, but limited impact. We think that suppliers should not do such things, and it is not good for them. Huawei's current production capacity is rapidly recovering, and the impact is controllable.

12. After the Hongmeng has appeared, has the Internet giant ever dealt with it?

Yu Chengdong:Why Microsoft and Ali can't do the operating system because they don't have a terminal. We have it, so it is relatively easy. Huawei can upgrade all mobile phones to Hongmeng operating system overnight.

13. What is Huawei's expectation for 5G mobile phone sales? Everyone is predicting that they can use a 2,000-yuan 5G mobile phone in the second half of next year. What do you think?

Yu Chengdong: Huawei Mate30 will support 5G afterwards. This year, Huawei includes all the high-end mobile phones that will achieve 5G. 5G speed will be faster than in the past (3G, 4G).

13. Is there a terminal manufacturer expressing interest in Hongmeng OS?

Yu Chengdong: We have communicated and they have expressed interest. This year, all mobile phone manufacturers in China participated in the Hongmeng Open Source Conference.

Related news
Huawei Hongmeng OS released! Yu Chengdong: Can replace Android at any time; Ark will support hybrid compilation
Yu Chengdong: A Hongmeng OS can make up all the vulnerabilities of Huawei mobile phones
What does Hongmeng OS, which is not used for smart phones, mean for Huawei?
When will Huawei Hongmeng OS mobile phone be launched? Yu Chengdong's response: it will not be released this year, but it will be possible next year
One of the biggest highlights of HDC 2020: Huawei Hongmeng OS
Hongmeng OS mobile version will be pushed one after another, emui will stop large version upgrade
Learn about Huawei Hongmeng OS 2.0 series beta 2: Android goodbye
Hot news this week
Young people can't change their mobile phones one brother pressure in the channel inventory up to 50 million
Chinese mysterious female rich 560 million buy European luxury homes: the full amount of cash is paid at a time
Criminal gang candid courier list takes the money 8 people to be arrested
Do you make feed after Yi Lord? Zhenghong Technology M & A has mystery
The first pop -up shop in the United States opened, Bubble Mart opened the North American expansion plan
The goose factory is finally making a move on the metasverse?
The 560m Chinese woman who bought luxury homes has also been involved in JD.com's investments in Tuniu, Vipshop and Fafa Qi
With this charging treasure that can legal "stealing electricity", I don’t worry about the mobile phone out of power
Son's bet that ARM's listing will boost SoftBank's stock price?
Huawei Hongmeng has become! Many mobile phone manufacturers will follow up with Hongmeng OS technology
The most popular news this week
The first batch of meizu free battery replacement models are announced: Meizu 15 and other five models are listed
Meizu official celebrate Flyme 10th birthday: More surprises, wait for August
The first batch in the country! "Main Driving Unmanned" Autonomous Driving is approved
IPhone 14 revealed the earliest early August mass production Foxconn a large number of recruitment: on entry to send 5400
700MHz gold band! China Radio and Television wechat mini program launched
China Radio, Film and Television has officially announced that ZTE will be the first group to support commercial 5G broadcasting
Japan's chip industry has a 35,000 talent gap? Tech giants warn
Us companies could face lawsuits and potential criminal liability for paying for abortions
"Da You" Joint Gallery Week Beijing released the first domestic Yuanshi art space | Technology front line
Hard touch apple 14! Huawei's new flagship Mate 50 launch time exposure with a new Kirin core