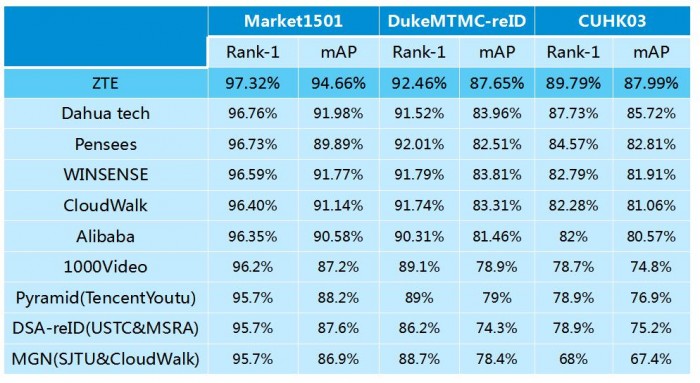 Pedestrian re-recognition refers to the search of the same pedestrian in a multi-camera network with non-overlapping perspectives, and confirms whether the pedestrian targets captured by cameras at different positions at different times are the same person, that is, using computer vision algorithms to solve cross-camera cross-scenarios. Identification and retrieval of descendants. This technology is a great leap in machine learning after the face recognition technology. It can recognize pedestrians according to the pedestrian's wearing, posture, hairstyle, behavior and other information, and traditionally view the video and lock the key personnel track. The time is shortened from tens of days to minutes.

In the field of pedestrian recognition technology, the first Rank rate (Rank-1 Accuracy) and Mean Average Precision (MAP) are the core indicators for measuring the level of the algorithm. ZTE has innovatively proposed a multi-module multi-granularity feature extraction network in this technology, which effectively solves the complicated situations such as side face, occlusion and missing caused by camera shooting angle, chromatic aberration and illumination intensity. The network feature matching performance achieved a significant increase in the two key indicators of Rank-1 (first hit rate) and mAP (average mean mean value) on the three major data sets, ranking first and setting a new world record. (Note: The result is obtained without using any timing information, without re-ranking, etc.) 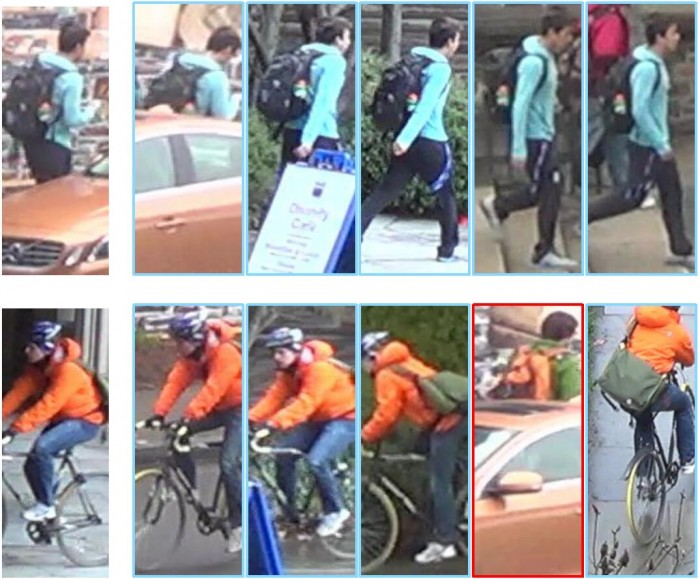 ZTE has always insisted on strengthening R&D investment. In addition to 5G and other communication services, it has deepened its field of video and computer vision and launched intelligent video services. It has deep accumulation in target detection, multi-target tracking and various target recognition technologies. Continuous innovation breakthrough, as early as 2017, has ranked first in the multi-target tracking (MOT Challenge) algorithm evaluation. In practical applications, pedestrian recognition technology can be combined with face recognition technology to make full use of existing equipment and infrastructure to achieve continuous tracking and track restoration of search objects across cameras, enhance data space-time continuity, and make artificial intelligence. The level of cognition has risen to a new level.