Samsung announced PM1733 as early as last fall.And exhibited at the second generation Xiaolong conferenceIt will replace the PM1723b and take advantage of the ultra-high bandwidth of PCIe 4.0.

Samsung PM1733 uses its own research and development master, with its ownFifth generation V-NAND flashSingle Die Capacity 512Gb (64GB), available in two different styles:One is a 2.5-inch disk and two U.2 ports, each with PCIe 4.0 x4 bandwidth, which adds up to PCIe 4.0 x8 and a maximum capacity of 30.72TB.

The other is a PCIe half-height half-length expansion card that uses PCIe 4.0 x8 bandwidth directly, which should be the first with a maximum capacity of 15.36TB. 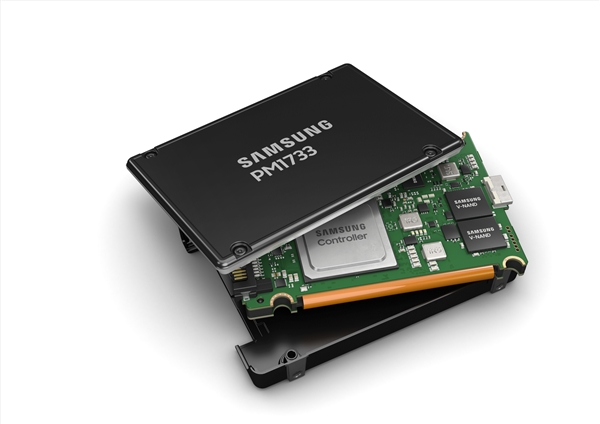 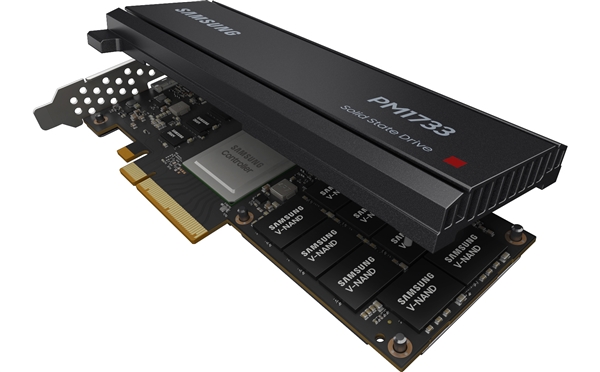 As the bandwidth doubles compared to PCIe 4.0 x4, performance is better released.Continuous reading can be as high as 8GB/s, the actual measurement during the show is indeed 7.9GB/s, and the random read is up to 1500K IOPS.But did not disclose write performance.

Samsung will begin shipping PM1733 SSDs this quarter, but did not disclose when to release consumer-grade PCIe 4.0 SSDs. 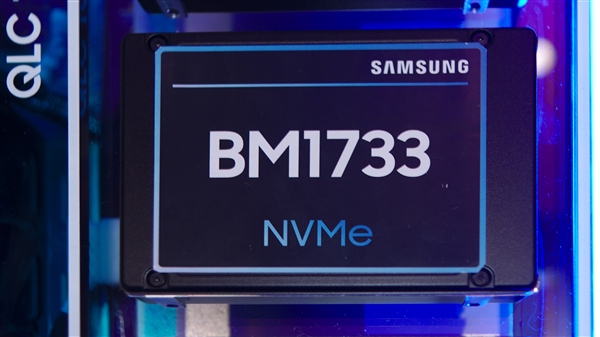 At the same time, Samsung also announced that its high-density high-capacity RDIMM, LRDIMM memory has been fully supported by AMD II Snapdragon, single-channel support for eight-channel DDR4-3200, with a maximum capacity of 4TB.