PCIe 4.0 SSD is unprecedented prosperity! Regret for not supporting it

Huirong, another major manufacturer, is a bit disappointed. At the Taipei Computer Exhibition, Weigang once showed PCIe 4.0 SSD based on Huirong's scheme, but it was not mature enough. The product that was released later was a group project.

At the FMS Flash Memory Summit in 2019, Huirong finally officially put forward its own PCIE 4.0 SSD master control scheme, which is two at once.

Compared with Group E16, Huirong's scheme continues to read faster, but continuously writes and reads at random is a little slower.

Huirong did not disclose when the two new main controls will be supplied in batches and when the specific products will be on the market. It is said that it may not be available on a large scale until next year. 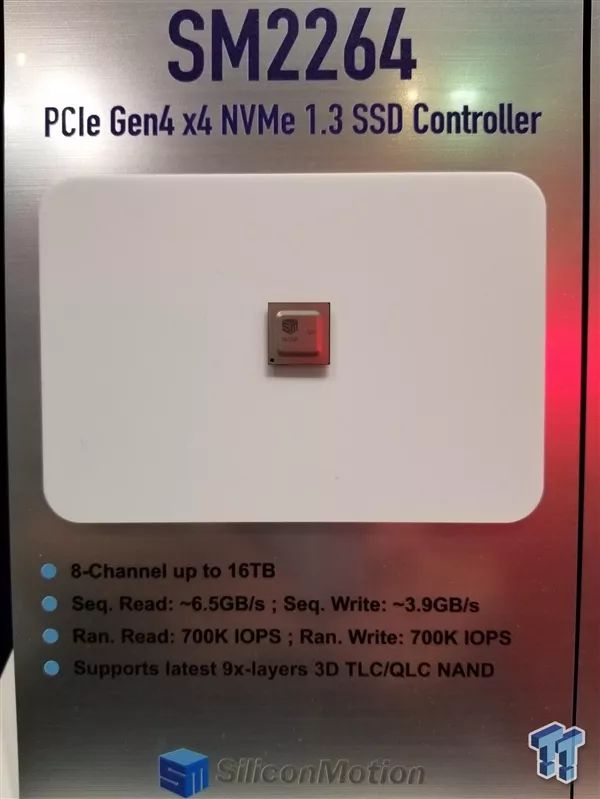 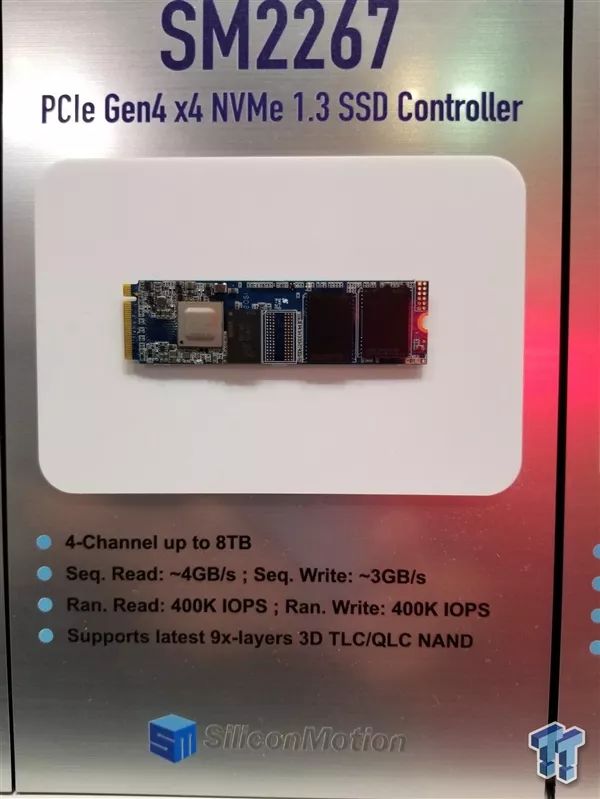 Samsung, which predicted PM1733, as early as last fall and unveiled it at a second-generation Xiaolong launch, will replace PM1723b, to take full advantage of PCIe 4.0's ultra-high bandwidth.

Samsung PM1733 uses its own research and development control to match its own.Fifth Generation V-NAND Flash MemorySingle Die capacity 512Gb (64GB) provides two different styles:One is a 2.5-inch disk with dual U.2 interfaces, each with a PCIe 4.0 X4 bandwidth, which adds up to a PCIe 4.0 X8 with a maximum capacity of 30.72 TB.

The other is the PCIe half-high and half-long expansion card, which directly uses the PCIe 4.0 X8 bandwidth. This should be the first one with a maximum capacity of 15.36 TB. 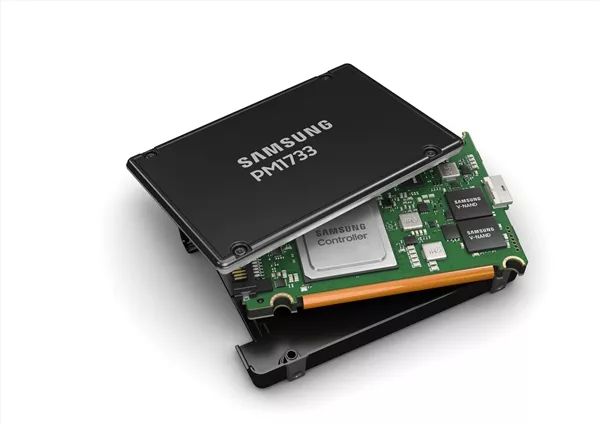 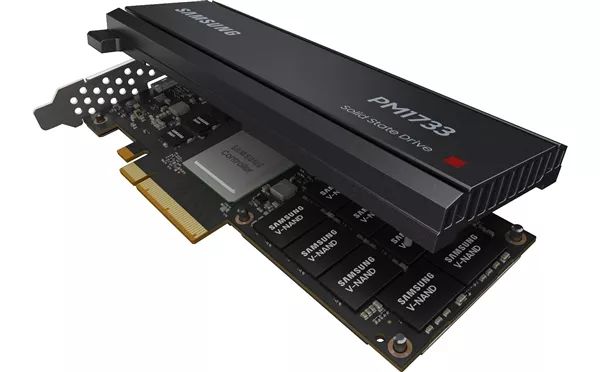 Because bandwidth doubles compared with PCIe 4.0 x4, performance is also better released.The nominal value of continuous reading can be as high as 8GB/s, and the actual measurement during the exhibition period can reach 7.9GB/s. The maximum value of random reading is 1500K IOPS.But write performance is not disclosed.

Samsung will start shipping PM1733 SSD this quarter, but did not disclose when to release consumer-grade PCIe 4.0 SSD. 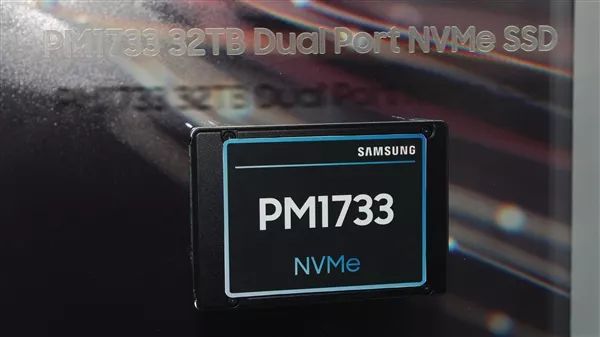 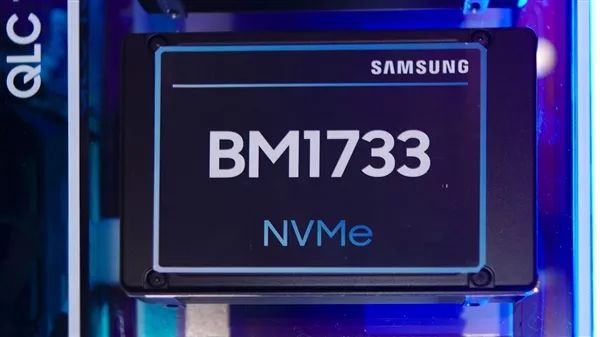 At the same time, Samsung also announced that its high-density and large-capacity RDIMM, LRDIMM memory has been fully supported by the second generation of AMD Xiaolong, single-channel support eight-channel DDR4-3200, the maximum capacity can reach 4TB. 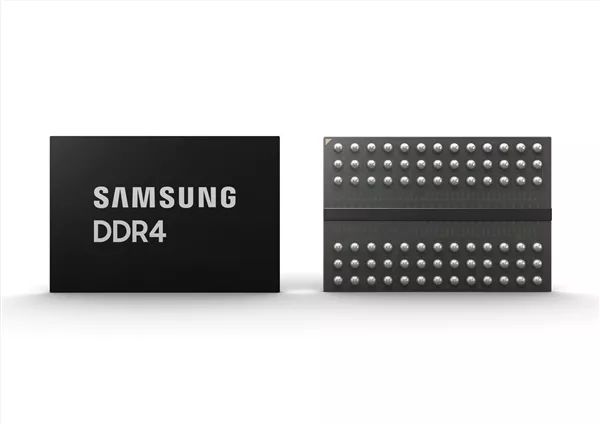 As one of the main manufacturers of domestic flash memory control chips,YEESTOR Microelectronics, ShenzhenRecently, we took part in FMS Flash Memory Summit in 2019 with a full range of products, and for the first time, we made the main controller of mobile SSD public.

The mobile SSD market is still in the early stage of its explosion. The demand is about to blow out. It is estimated that the whole market will reach tens of millions of dollars annually.

This year, Deyi Microelectronics has entered the main solid-state storage market in an all-round way.From the consumer level to the enterprise level, from SATA to PCIe, the products include YS9081XT/YS9083XT SATA 3.2 SSD main control chip, YS9201/YS9203 PCIe SSD main control chip and so on, and soon received a lot of cooperation inquiries.It has also cooperated with a number of solid-state hard disk manufacturers such as Zhiyu Science and Technology and Radio Technology. 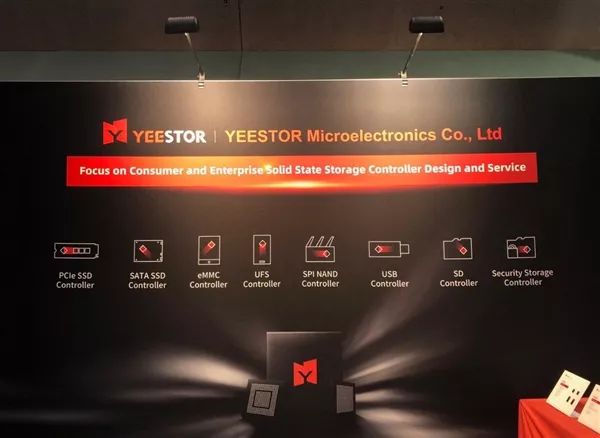 Related news
Huirong is developing a PCIe 4.0 x4 SSD master that will be available in the second quarter of 2020.
PCIe 4.0 SSD Added New Staff: There's a price increase for radiators
PCIe 4.0 SSD actual performance test: only 1% increase in the future
Marvell sends three PCIe 4.0 SSDs in succession: not fast but most power-saving
PCIe 4.0 SSD is unprecedented prosperity! Regret for not supporting it
Realtek Announces PCIe 4.0 SSD Master: Will Be Available in the Third Quarter of Next Year
Toshiba Enterprise PCIe 4.0 SSD debut: U.3 interface, support NVMe 1.4
Toshiba embraces PCIe 4.0 SSD in all respects: different forms
Only MLC flash! Samsung shows PCIe 4.0 SSD 980 Pro
Domestic SSD main control upgrade 12nm process: no more overclocking is full of blood PCIe 4.0
Hot news this week
The developer of the dating app Tinder has reached an agreement with Google over billing rules for its app store
Red Elf Lightning erupts in the Himalayas Spectacular Spectacle: Experts Reveal What Exactly Is This?
The founder of the Internet Quick Hand Su Hua was taken away for investigation, and the fast hand responded: the news was not true
Or for Studio Display Pro, the release of Apple's 27-inch Mini LED-backlit Display has been delayed by October
One picture to understand! Blue Factory has issued 3 new machines in a row: self-developed chip blessing, the narrowest lower border
Tencent established a smart technology company in Chengdu, and its business scope includes Internet data services
Or has it been spread insidiously in Communities in Europe and the United States: Should We Be Worried About Monkeypox? Experts demystify
I once touched the ceiling of the mobile phone screen! Well-known brands announced that the new flagship is the first to carry the Snapdragon 8+
Economist credit card monthly bill $11.4! Only paying for a purchase of Tencent Music, the account manager is busy "condolences"
Huawei and the Chinese Academy of Sciences jointly developed the new 3D DRAM solution is expected to break through the key root technology of storage
The most popular news this week
China Space Station's super high -definition instructions to become popular: Space villas are completed at the end of the year, and 6 people can live in 6 people
Sony PS president hinted that PlayStation will acquire more companies
Hot Search! Fresh graduates who graduated at the age of more than 24 were terminated Guangdong Unicom apologized
China's PC and tablet market status quo at a glance Demand shrinks! Huawei, glory is eye-catching
Chinese director short film Cannes won the award: the cost of 5,000 yuan took 10 days to make the work super high reputation
Two new characters! Original Gods version 2.7 pre-download has been enabled
The 780 billion "oil leader" CNOOC rose and fell in the intraday, and the stock price hit a new high since its listing
The largest acquisition case in the history of 400 billion chips Chen Fuyang and Dell only used to meet
Visual China responded to 8 yuan Audi photo questioning: 1500 yuan for sale, the original author only received 2 yuan
Musk: The U.S. recession "is actually a good thing"