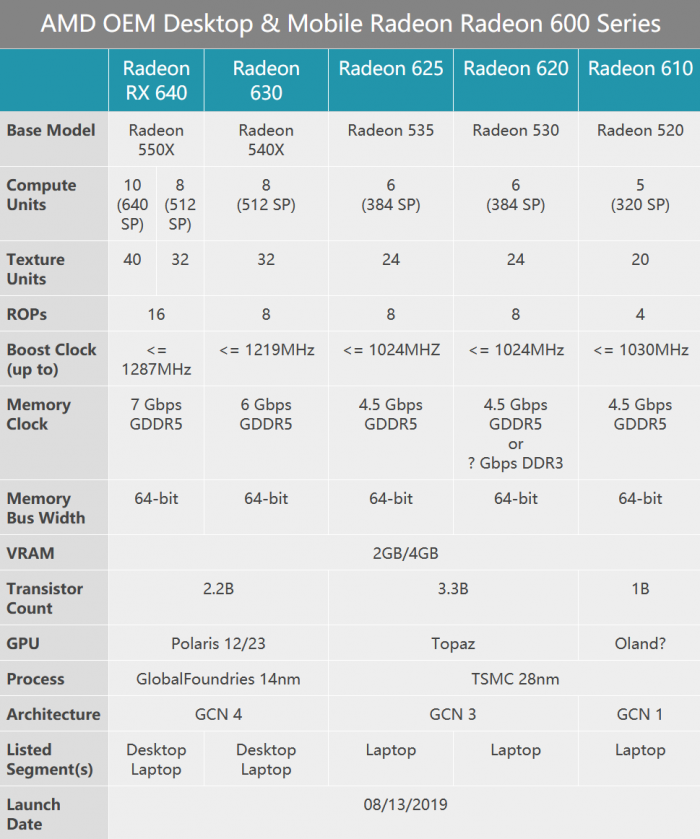 The RX 600 series is actually a 500 series leather vest. The five specifications are not high. The highest positioning RX 640 includes 512/640 core stream processors, 16 ROPs and 40 TU units, which can be accelerated up to 1297MHz. 4GB GDDR5 memory, floating point performance of 1.65 GFLOPs, looks like the RX 550X in terms of specifications, but the bit width is only 64bit, and the total bandwidth is reduced to 56GB/s.

The RX 610 with the lowest positioning is very similar to the low RX 620. The number of cores is the same as the number of TU units. The difference is that there are only 4 ROPs in the half and 4GB 64bit GDRR5 memory. The maximum frequency is 1030 MHz and the total bandwidth is also 48GB/. s.

along withAMDThe debut of the RX 600 series will soon lead to a small replacement in the notebook market. Recently, there are plans to get started with entry-level notebooks.