Analyst: Goldman Sachs gets a new Apple Card user at $350 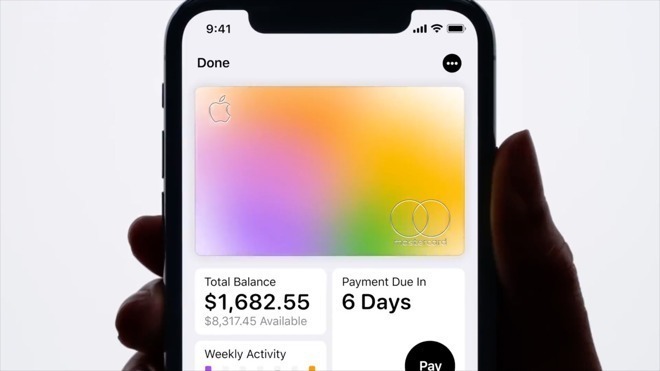 Goldman Sachs has spent a lot of money preparing for the influx of Apple Card consumers, including about $275 million for public-facing programs from early 2019 to mid-July, including Apple's credit card and bank Marcus savings and loan services. And $1.3 billion for general consumer services. According to Nomura Securities, the bank may not necessarily profit from the Apple Card soon.

Analysts at Nomura Securities believe that Goldman's cost of acquiring a new Apple Card user is $350. Analysts pointed out that the bank expects to break even on customers in four years, and banks can get a return based on average usage.

The benefits of Apple Card include no fees and a competitively competitive range of interest rates, which led Nomura analysts to believe that "the Apple Card portfolio may generate lower revenues and face higher losses relative to the industry average."

Goldman Sachs has introduced policies to approve many customers as soon as possible, including those with lower “secondary” credit scores, and may also violate the bank’s ability to earn revenue over the years. Customers with a FICO score below 660 and are generally considered to be “secondary” financial product grades have been approved.

Other factors that have heightened the future of Goldman Sachs include the prospect of a recession, and a warning on Wednesday said banks could lead to higher loan losses and lower profit margins, causing bank stocks to plummet. Nomura Securities believes that Apple Card is "highly sensitive" to the increase in net charges. If the loss reaches around 8%, Goldman Sachs will lose money. In addition, Goldman Sachs' lack of “historical data and experience gained by lenders during the credit cycle underwriting” will also damage the bank, but it should improve over time.

As for the next move, it is assumed that Goldman Sachs andappleDebit cards may be offered in the future to support credit cards, as customers may pay off their Apple Card through a bank account, which may be beneficial. Debit cards are also less risky for financial services, bringing in $15 billion in revenue to Bank of America in just 2018.