Xiaomi MIUI 9 years old is fast! Warm up the MIUI 11 in advance, the tickets for the conference are ready

IT House August 16th News Today, 9 years ago, MIUI released the first beta version. In the past 9 years, MIUI has continued to develop and become a well-known Android customization system in China. It has long been loved by rice noodles.

Earlier today, Xiaomi Product Director, MIUI Experience Chief Manager @MIUI Xiaofan released Weibo as MIUI<;Qingsheng& rdquo;, and he also said that everyone always asked MIUI11 when it was released, although the company plan is not good to say in advance, but Thanks to everyone's many days of spurs, attention and brushing, 2 MIUI 11 conference tickets will be drawn in advance. This seems to mean that MIUI 11's overall R&D work will be completed soon. 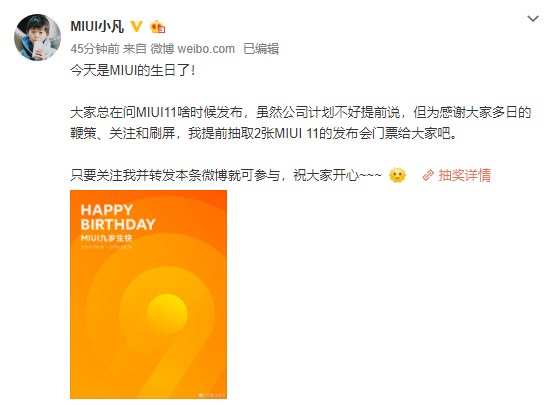 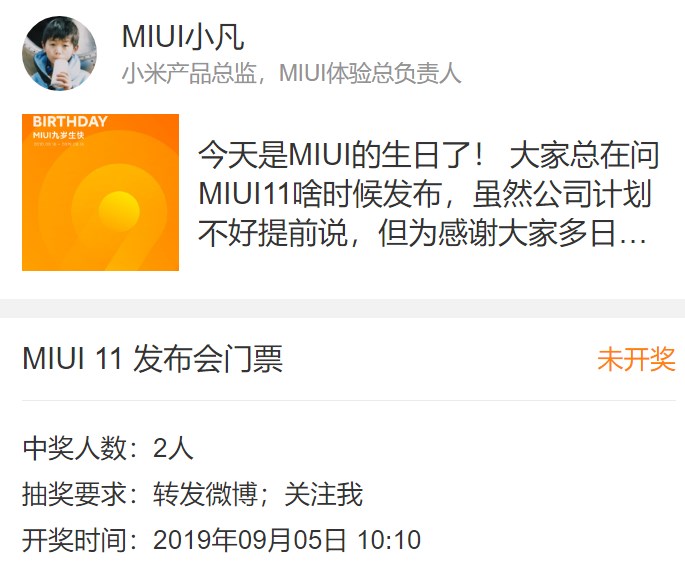 It is worth noting that the @MIUI Xiaofan's sweepstakes will be held at 10:10 am on September 5, 2019. That is to say, the MIUI 11 that you have been expecting will be released in mid-September at the earliest, and it seems that there is no drama in August. It is. However, according to official information from Xiaomi, the new version of MIUI 11 will solve the advertising problems that rice noodles criticize. 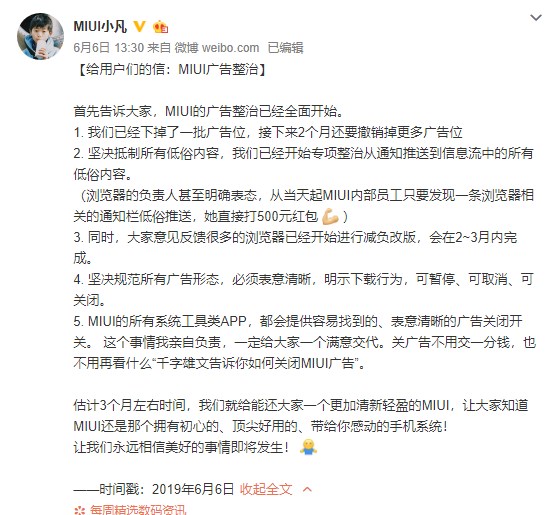 In this regard, @MIUI Xiaofan said in June that MIUI's advertising rectification has started. It is estimated that about 3 months, I will give you a fresher and lighter MIUI, so that users still think that MIUI is the original, top-notch, and moving mobile phone system.

Three months have passed, and the days of the MIUI 11 conference are not far off. I hope that the new MIUI 11 will bring a new experience to the rice noodles, and always believe that good things are about to happen!