Harvard's new research is on the cover of Science: This mechanical exoskeleton is a pair of "light work" shorts 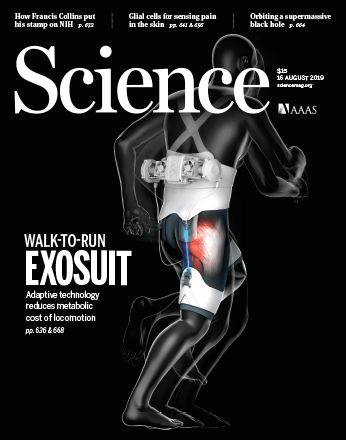 This is a model.

In this field, it is the first to be able to Hold these situations at the same time. Besides, it allows you to experience it.

Their tests on the treadmill show that they wear this.

It can not only help people with walking disabilities, but also be used for special operators, and even for sports or entertainment. Imagine wearing it to make you run longer and walk more recklessly.

Did you suddenly have a bold idea?

This study was conducted by a research team based at Harvard University. The whole equipment, shape is a shorts. It's not made of metal, it's made of textiles. Below the back, there is a mobile drive system controlled by an algorithm that can detect the transition from walking to running, and vice versa. 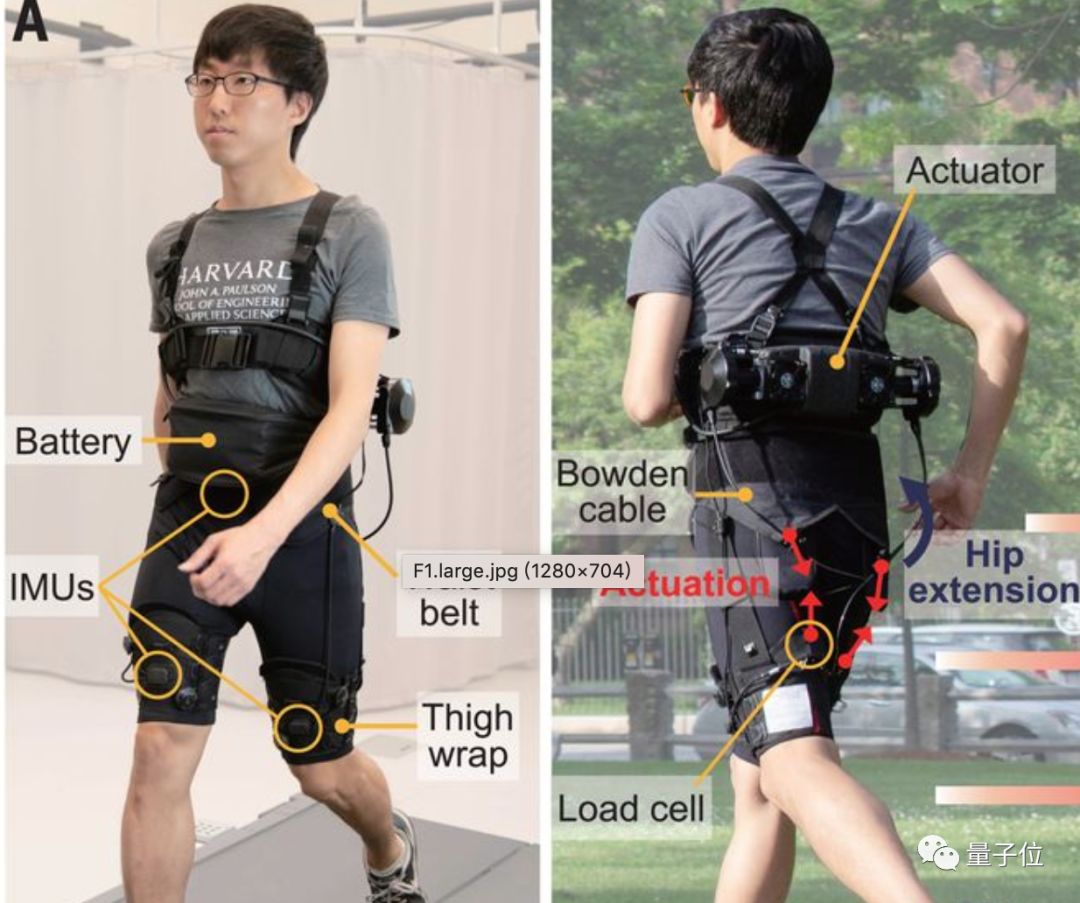 The device mainly assists the wearer through a cable drive system. When it works, the electric motor exerts tension between the waistband and the thigh through the cable, creating an external extension torque in the hip joint that works in coordination with the gluteal muscles.

Compared with other similar equipment using hard materials, this equipment is simpler in design and lighter in weight. The total number of components is 5 kilograms, but it is also equivalent to two bricks in the waist. More than 90% of the weight is close to the center of gravity of the body. The authors of the study say that this method of concentrating weight, combined with flexible fashion design, can minimize the burden on the wearer and movement restrictions.

The team said that they would then optimize all aspects of the equipment, including further weight loss, personalized assistance and improved ease of use.

Finally, let's get to know the author.

Jinsoo Kim is a PhD candidate in Engineering and Applied Science from Walsh's team. Giuk Lee, a former post-doctoral scholar of Walsh's team, is now an assistant professor at Central University in Seoul, South Korea. Walsh's team has been working in the field of exoskeleton equipment for a long time. The research on the cover of Science is the result of many years'technological optimization.

Earlier, they had worked with ReWalk Robotics to launch a device to improve the gait rehabilitation of stroke patients, which has been launched in the United States and Europe. They said a company would be set up in the future to commercialize the latest research.

For more details on this study, you can refer to the Science paper:

Related news
Chinese scientists protest against the scientific research environment in the United States. "Poisonous," Nature and Science speak out!
Science Cover Weight: MIT to build artificial muscle fiber, programmable!
Harvard's new research is on the cover of Science: This mechanical exoskeleton is a pair of "light work" shorts
Chinese scientists Science > they want to answer Einstein's questions.
Google quantum computing breaks through science cover! The first quantum simulation of chemical reactions was carried out
Science robotics cover paper: how does a software robot walk without electronic components?
Hot news this week
Titanium Media Publish Assesum: People's Bank: Digital RMB Winter Olympics pilot has entered the sprint phase; Tesla announced that 250,000 Powerwall energy storage power stations have been installed
Volvo pure electric C40 China first show: giant transformation, open electrification era new offensive
Close to the apple millet, two weeks of consecutive weeks, China Smartphone second: 3 years, the world's first
Alibaba and Tencent have received more than half of the 43 antitrust fines, and lawyers say the penalties are likely to increase
Heavy weight! China team "100 billion-level super-calculated simulation quantum" won two nominations in Gordon Bell Prize
The visualization tool shows a large cloud of debris generated by the Russian anti-satellite missile test
What is the Yuan Universe? Why do you pay attention to it? - Decoding Yuan Universe
Study on the sequelae of COVID-19 in the Chinese team: Shortness of breath, depression and other problems still existed nearly one year after discharge
Capital does not love SAIC, "flying" subsidiary, Jet Hydrogen Technology intends to go to science and technology board
Tencent responded to "APP to get ridiculous": Upgrade APP is now downloaded for user rights protection
The most popular news this week
Google and Apple have been fined nearly 100 million yuan for allegedly "stealing" user data
700 million people to buy each month buy: spent a lot of Q3 income rose 51%
From March 1 next year, the personal payment code of wechat Alipay will not be used for business payment
Tesla plans to complete at least US $ 1.06 billion in the construction of the Austin plant before the end of this year.
Musk says don't touch your phone!
Current payment! WeChat, Alipay will have a large change
Apple restizes Turkish product sales business prices
Special spells in the third quarter of the third quarter of the year increased by 51% year-on-year, net profit is 1.64 billion yuan.
Beijing Internet Court: The merchant comes with "Review Cashback" card can constitute fraud
When can I fade in the deficiencies?