In fact, at the FMS summit last year, Marvell announced an NVMe-Ethernet converter that can make an NVMeSSDDirectly connected to the Ethernet network, and then accessed through NVMeo (NVMe over Fabric), but at the time it was just a prototype, this converter was placed between a standard U.2 SSD and an Ethernet backplane.

This year, Marvell and Toshiba jointly demonstrated a fully integrated Ethernet SSD with a built-in Marvell 88SN2400 converter, so the appearance looks like a normal 2.5-inch U.2 or U.3 SSD, but the transmission channel is not actually four. PCIe, but two 25Gb Ethernet connections.

Toshiba said that the new product is ready for production, and an Aupera 2U Ethernet JBOF is placed on site, and 24 such online SSDs are placed inside, which is combined with a Marvell Ethernet switching ASIC.

In the traditional design, a typical NVMe JBOF uses either a PCIe switch or an external PCIe data cable to connect nearby.serverOr use one or two x86 server processors, some PCIe switches to support NVMeoF at home with some RDMA Ethernet cards, quite complicated. 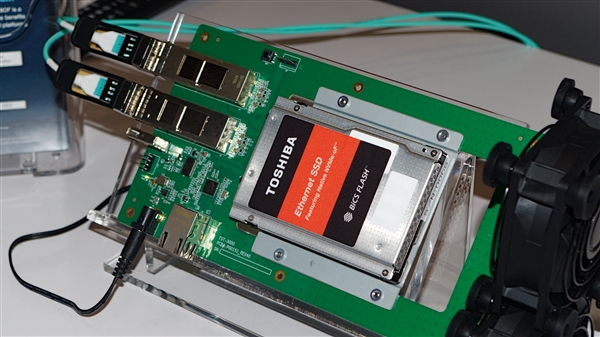 The host-based Ethernet SSD is equipped with 8TB of Toshiba 96-layer stacked 3D TLC flash and 128GB of DDR4 cache. 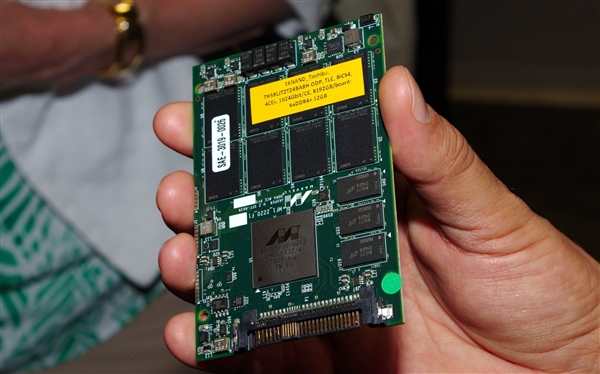