The History of the Development of the iPhone Camera

But the difference is that this year's two high-end models may add an "ultra-wide-angle lens" to the previous "wide-angle lens long focal lens" to form a new "three-shot" system. If this rumor comes true, it's new this year.IPhoneThe camera configuration will be the biggest upgrade of the iPhone camera in three years since the first dual-camera launch of the iPhone 7 Plus in 2016, which will bring more "iPhone Photography" imagination space to many ordinary consumers, especially photographers. 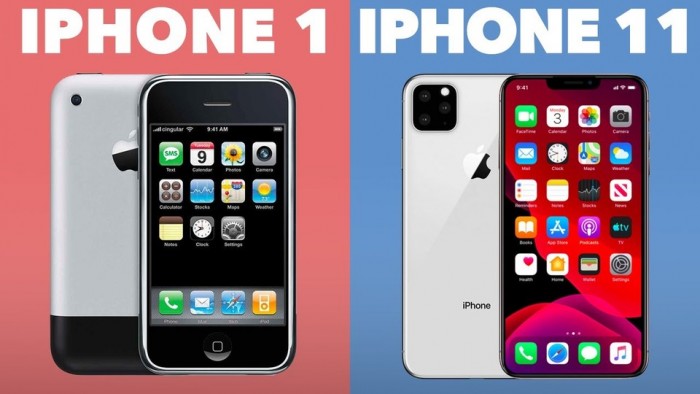 On 9 January 2007,AppleCEO Steve Jobs officially released the first generation of iPhone, although the revolutionary multi-touch and more friendly user interface brought about a different smartphone experience, but in terms of hardware, the initial iPhone did not have an advantage in the mobile phone market at that time, such as not supporting 3G networks, not having built-in GPS, prices too high, and cameras with only 2 million pixels, not even supporting recording video. But its emergence laid the foundation for the rapid progress of iPhone later. The next year's launch of iPhone 3 G was the beginning of iPhone's popularity around the world. With support for faster 3G networks and Apple's App Store spurring many third-party developers to develop more apps, the iPhone 3G set a global sales record of 10 million units in just five months, although it was still equipped with a single camera the same size as the original iPhone. 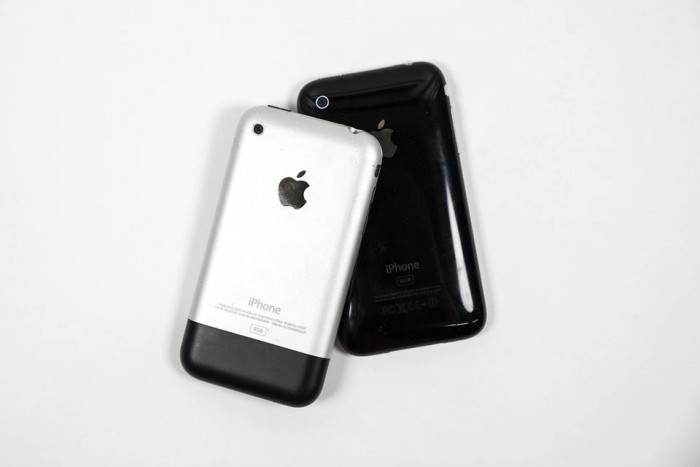 Maintaining a year-by-year routine, the camera configuration of Apple's iPhone 3GS, launched in 2009, has finally been upgraded, most notably from a change in pixel size to 3.2 million from the previous 2 million. In addition, the iPhone 3GS is the first iPhone with flash lights and video recording support. Later, the upgrade plan of the iPhone camera basically focused on two aspects of "taking photos" and "video". Among them, the 2011 4S of the iPhone has to be mentioned. 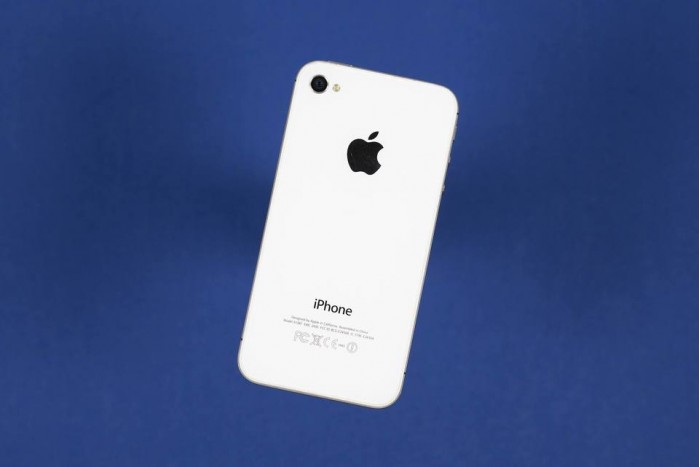 After 3.2 million pixels of the iPhone 3GS and 5 million pixels of the iPhone 4, the camera of the iPhone 4S has been upgraded again, with an 8-megapixel camera and a larger aperture reaching f/2.4. This time, however, the focus is not on the numerical changes in pixels and apertures, but on Apple's adjustments to sensors and ISPs. Unlike the OmniVision sensors used in the previous iPhone 3GS and iPhone 4, the iPhone 4S carries a customized Sony Back-up Sensor, and the ISP (Image Signal Processor) has turned to Apple's independent research and development, which has greatly promoted the rapid development of the imaging quality of the iPhone, because of the independent research and development. With the help of ISP algorithm, the iPhone can better handle the white balance, exposure, saturation, noise and other elements of photos. It also started with the 4S of the iPhone, and Apple began to have its own fixed image tuning style. 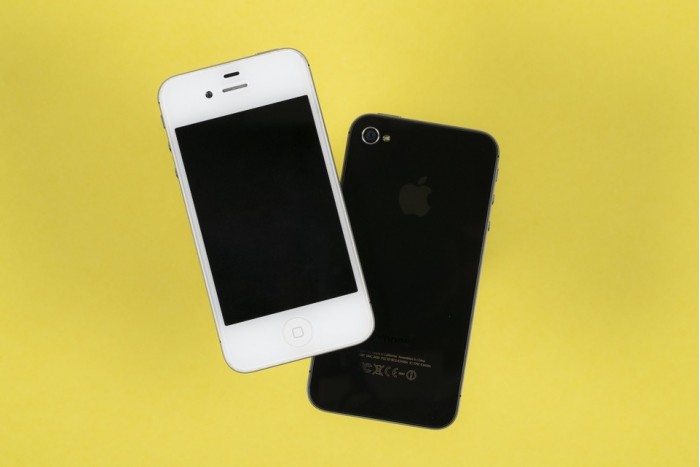 Until the iPhone 6S, Apple had not focused on the pixel number upgrade, so in the iPhone 5, 5S, 5C and 6 series, we saw the familiar 8 megapixel camera, but in other peripheral functions, these generations of iPhones have done it. Some patches. For example, in order to reduce the risk of lens rubbing, the iPhone 5 uses sapphire lenses; in order to improve the effect of flash, the iPhone 5S introduces a dual flash called "Ture Tone", which can calculate the color temperature of the environment with the cooperation of software algorithms, and automatically adjust the intensity and intensity of the flash. Colors help users take more natural pictures when they turn on the flash; the new image signal processor with "Focus Pixels" technology is used in the iPhone 6 series, which relies on phase focusing technology to bring faster automatic focusing speed than traditional contrast focusing technology, and more importantly, the iPhone 6 Plus. It's also the first iPhone with OIS (optical shake-proof) features. 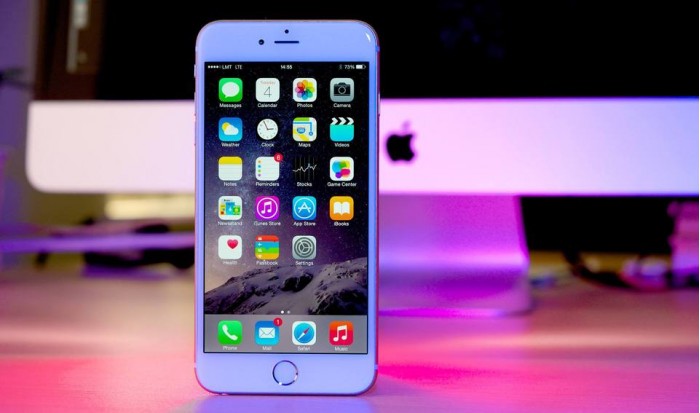 The emergence of optical anti-shaking is of great significance, because on the mobile phone with limited size of image sensor, the hardware defect of the "bottom" is not big enough makes the pixel quality of the mobile phone drop linearly in the dark environment. One of the solutions is to extend the shutter to increase the amount of light input, but this will magnify the impact of hand shaking, resulting in the picture model. Paste. The new optical anti-jitter function on the iPhone 6 Plus is to coordinate CPU, gyroscope and motion coprocessor to measure dynamic data and move the lens precisely to remedy the effect of hand jitter under weak light conditions.

I remember buying an iPhone 6 Plus when I was in college. It wasn't until last year that the current XS was eliminated because of battery aging. Compared with the flagship phones of the same period, the parameters of the 6 Plus camera of the iPhone were not bright. Especially at that time, the flagship phones had begun to use 20 million pixels of sensors and dual camera system to make selling points. But recall, the 6 Plus of the iPhone should be the most handy phone I used: take pictures, no silk. With no delay, I can always capture the moment I want to stay, plus my special interest in photography and the possibility of University leisure, I think my best photographs are from this 6 Plus iPhone. 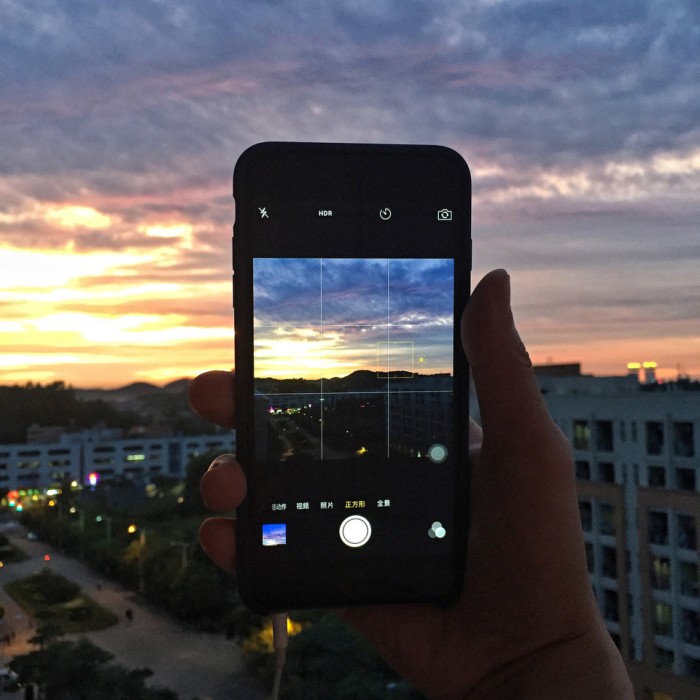 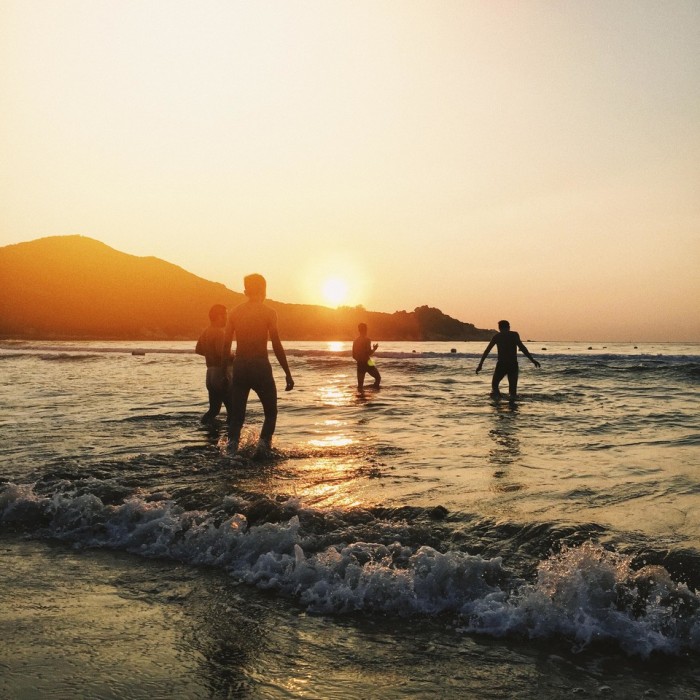 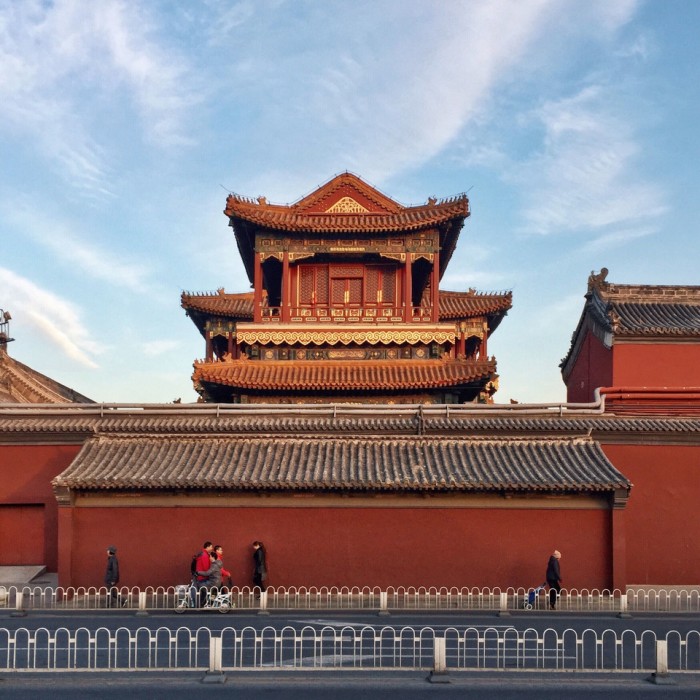 With the boundaries of the iPhone 6 series, Apple has officially stepped into the era of "tens of millions of pixels" since the launch of the iPhone 6S Series in 2015, and used it now.

The change from 8 megapixels to 12 megapixels is obvious. First of all, Apple added the 6S series of the iPhone for the first time.4KVideo recording function, although the frame number is only 30 Fps, but this is the beginning of the "4K road" of the iPhone, this function has become the standard of future generations of the iPhone. In addition, the higher number of pixels also makes the image sharpness straight up, you can more freely cut the photo, and different concerns about the number of pixels is not enough to lead to blurred picture quality. 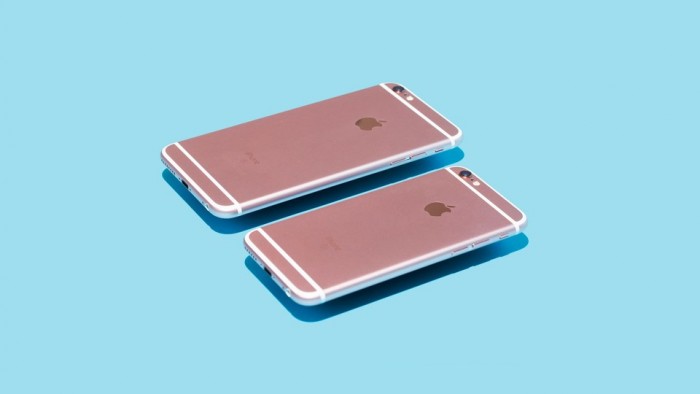 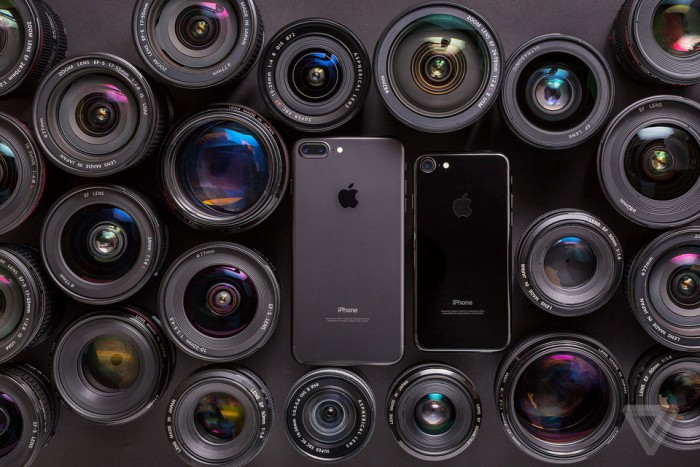 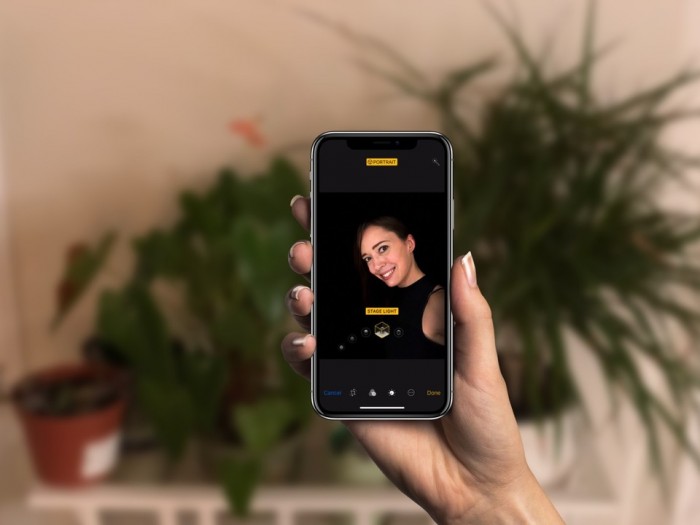 After more than a decade of development, the iPhone has become the pocket camera of many people. Under the influence of social networking and new media, it has gradually eroded the market of digital cameras and some low-end SLR cameras. According to CIPA statistics, in the year of the birth of the iPhone 4 in 2010, 122 million digital cameras were sold worldwide. But that figure has shrunk to 35 million in five years. On the contrary, the sales of the iPhone have been increasing. Cook announced in 2016 that the total sales of the iPhone had reached 1 billion, which is enough to prove the popularity of the iPhone.

As for this year's new iPhone, combined with outside rumors, its three camera systems may have more bright spots:

2. "Intelligent Photo Frame" function: When other lenses are working, the ultra-wide-angle lens will record the picture at the same time, and the extra information will help users to cut and correct.

42.12 million pixels sensor may be upgraded;

5. Video recording capability is improved. With the cooperation of A13 processor, the new iPhone may have the ability to shoot portrait mode video. 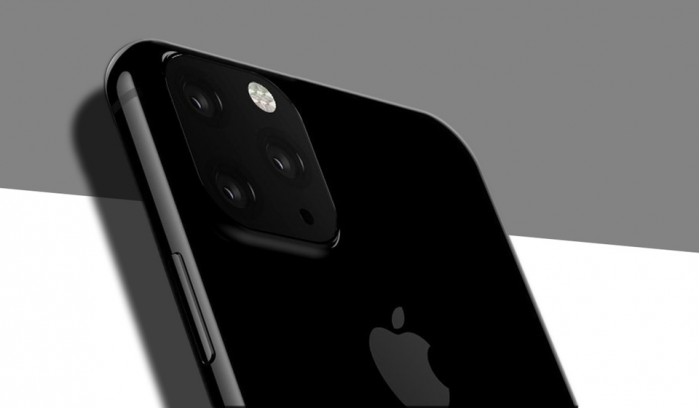 What new shooting features do you want the new iPhone to have?

Related news
Microsoft Announces Open Source Quantum Development Kit Quantum Development Kit
The History of the Development of the iPhone Camera
The History of the Development of the iPhone Camera
The update of windows 10 results in the paralysis of file history of some users (Figure)
Hot news this week
Announced real-fired people to change the news for four days, the chairman of Tianzhong semen was resigned for personal reasons.
Bank of East Asia (BEA) was fined 16.74 million yuan ($16.74 million) by the Shanghai branch of the People's Bank of China for illegal information collection
After the comprehensive suspension of "nurturance class" network comprehensive and indulgent drama, the audience deserves better
Chinese scientists have discovered a strategy for treating COVID-19: using particles to bind to the virus
ByteDance invested in Sequencing Technology, which is an AI industrial SaaS software service provider
Former search president of Baidu xiang Hailong joins Transsion The company that sells mobile phones wants to do more Internet
2021 Global Patent List Released: Huawei ranked fourth in the top five in the world in the United States
It's hard to escape the monopoly sanctions American court dismissed Facebook against FTC counterattack
Rewrite history! The largest acquisition in the game industry was finalized: 80.9 billion yuan exceeded Tencent's record
Enterprise WeChat active users reached 180 million The new version is connected with the video number
The most popular news this week
WeChat heavy update! This function is finally here.
China successfully launched satellite 13 in 2022
Coldest holiday ever! Tencent announced that minors can play games for up to 14 hours during the holidays
In 2021, public security organs cracked down on more than 6,000 illegal payment and settlement gangs in 134 problematic games
People's Daily: Promoting Express Packaging "Green Revolution"
Ali health online the first domestic helicobacter pylori self-testing product "you tube", 10 minutes out of the results
Xiaomi Youpin Youyu announced the termination of operations
JP GAMES and Alibaba Cloud reached a cooperation to develop a metaversic solution based on the cloud
The camera is lost to the mobile phone Japan Canon close Zhuhai factory: small part parts are still working
Baidu announced connectivity with more than a dozen companies, including Meituan and Xiaohongshu