As IBM provides the Power ISA license to the OpenPower Foundation, developers can use this to ensure a collaborative definition of the hardware and software running on Power, encouraging them to build new hardware, and to handle data-intensive workloads with leading enterprise capabilities. Create new software applications for AI and hybrid clouds and gain unique hardware advantages.

In addition to the open source Power ISA, IBM will offer a variety of other technologies, including the softcore implementation of Power ISA, the architecture-independent Open Coherent Acceleration Processor Interface (OpenCAPI), and open memory. Interface (OMI) reference design.

According to reports, IBM contributed a newly developed soft core for the open source community. In a very short time, an IBM engineer was able to develop a soft core on the Power ISA and install it on a Xilinx FPGA. This soft core implementation will be demonstrated at this week's North American OpenPower Summit.

In addition, OpenCAPI and OMI technologies also help maximize memory bandwidth between processors and connected devices, and are critical to overcoming performance bottlenecks in emerging workloads such as AI.

"With the release today, IBM is taking an important step toward driving innovation across the industry through open technologies and open source," said Ken King, general manager of IBM OpenPower. 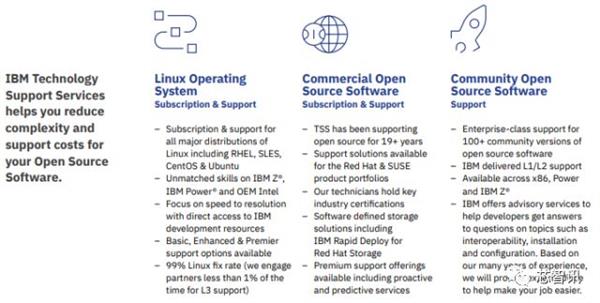 It is worth mentioning that in 2018, IBM also spent more than 34 billion US dollars to acquire Red Hat Red Hat, a software company that has been focusing on the open source field for 25 years. Red Hat is a major player in the open source ecosystem and is known for its Linux distributions.

The open source of Power ISA can be said to be another major contribution of IBM to the open source community. It should be pointed out thatAt present, the underlying physical architecture of the OpenPower chip is not open source.

In August 2013, IBM joined forces with Google, NVIDIA, Mellanox and other companies to form the OpenPower Alliance, which is dedicated to opening up IBM's Power series CPU architecture to compete against increasingly powerfulIntelThreats of CPU systems such as X86 and ARM.

IBM announced at the time that it would open up technologies around the Power Architecture, such as processor specifications, firmware, software and technology licenses, and will use shared, collaborative development models with partners.

On this basis, IBM also led the establishment of the OpenPower Foundation to promote the development of Power8 and higher versions of high-end Power architecture, and promote and encourage collaborative innovation based on IBM Power architecture. Support members to customize Power processors, system platforms, firmware and middleware software to optimize their business and organizational needs.

At that time, members of the OpenPower Alliance had to pay a relatively high license fee to get Power’s license, and now,With the open source of Power ISA, developers can get Power ISA without paying royalties and royalties, and it is possible to develop proprietary technologies and products based on this.

The OpenPower Foundation welcomes the openness of the instruction set and believes it is a boon for the open source community. Hugh Blemings, executive director of the OpenPower Foundation, said in the announcement: "By enabling Power ISA to adopt an open model... and providing it to a growing open technology community, we can help open innovation in software and hardware to accelerate development. ""

It is worth noting thatAt the end of November last year, the Linux Foundation and the RISC-V Foundation announced that they will work together to accelerate the development and adoption of RISC-V ISA. The Linux Foundation will also provide significant resources for the RISC-V ecosystem, including training programs, basic tools, and Community expansion, marketing and legal expertise. This partnership will enable RISC-V to further develop its open source ecosystem.

Opportunities and challenges brought about by Power ISA open source

but,Compared with the RISC-V architecture, which has advantages in power consumption and energy efficiency, IBM's Power architecture has a big advantage in performance.

However, Intel's X86 architecture can't do it. It is very fast for a CPU to access its own part of the memory, but it is significantly slower when accessing the memory of other CPUs. Such performance gaps in high-end applications, especially the more the number of processors, the greater the performance gap between the processors, soIBM's Power architecture is mainly used in high-endserverThe market has a very broad application prospect and has important applications in key industries such as domestic banks. 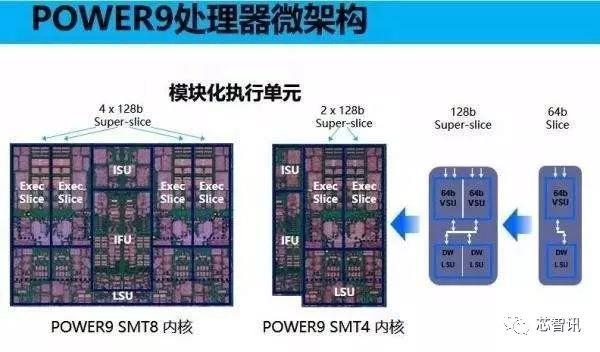 The data shows that IBM's latest Power architecture processor is Power 9, based on the 14nm FinFET SOI process, a single core can support 4 threads or 8 threads, respectively, can configure up to 24, 12 cores, the total number of logical threads is 96. And, Power 9 also features state-of-the-art I/O subsystem technology, including next-generation NVIDIA NVLink, PCIe Gen4, and OpenCAPI processors.

In April 2013, Shanghai Zhaoxin Integrated Circuit Co., Ltd. was established by Shanghai Lianhe Investment Co., Ltd., a subsidiary of Shanghai State-owned Assets Supervision and Administration Commission, and a subsidiary of Taiwan VIA Group. The Chinese state-owned assets occupied a controlling position (holding about 80%). Shanghai Zhaoxin has also successfully obtained the X86 architecture license from VIA.

but,As VIA and Intel's X86 licensing agreement expires in April 2018, VIA has been unable to use Intel's new X86 patents and related software, which means that the future expansion of X86's X86 products may be blocked, although it may Old X86 patents can still be used.

But in June of this year,AMD CEO LisaSu confirmed that AMD's cooperation with Tianjin Haiguang is limited to AMD's first-generation Ryzen and EPYC Zen architecture, and AMD's new Zen 2 micro-architecture design has no right to use. This also means that Haiguang will not be able to obtain new X86 patent licenses and AMD's SoC IP licenses.

In addition, not long ago, the US Department of Commerce also included Zhongguang Shuguang and its subordinate Haiguang in the “list of entities” for export control. This also casts a shadow over the development of domestic high-performance X86 CPUs.

However, it should be pointed out that although the processor based on the Power instruction set has the characteristics of high efficiency and strong performance, it is not easy for domestic manufacturers to introduce and digest. After all, Power CPU is much more complicated than conventional processors, and IBM does not open source the underlying physical architecture of the Power chip. It is still very difficult to simply open its own CPU through the Power instruction set. In addition, in terms of ecology, Power is far less perfect than Arm and X86.

Established in 2013Suzhou Zhonghao Hongxin Information Technology Co., Ltd.(hereinafter referred to as “Zhongyi Hongxin”), its employees are mainly from the Institute of Computing Technology of the Chinese Academy of Sciences and IBM. In 2014, Zhonghao Hongxin joined the IBM-sponsored OpenPower Foundation and obtained the IBM Power CPU under the support of the Electronics Department of the Ministry of Industry and the Suzhou Government. Authorization, and received technical support from IBM, the Chinese Academy of Sciences Computing Institute.

In June 2015, the first server chip product CP1 of IBM authorized Power architecture was released. However, the chip does not seem to be used, and the company reported a “unpaid salary” at the end of 2015.

In June 2016, Zhonghao Hongxin announced that it has obtained a permanent license for the IBM server processor chip Power 8 chip architecture and command system, and can independently innovate based on the chip.

Even IBM has agreed that Zhonghao Hongxin can remove the Power 8 security module and replace it with a domestic security module system to meet the Chinese government's regulatory requirements for security.

According to the plan, Zhonghao Hongxin can completely realize the digestion and absorption of Power chips in 2019 and innovate, and make a completely localized Power series CPU.

However, so far, Zhonghao Hongxin's self-developed Power series CPU is still missing. With the open source of the Power instruction set, the competitive advantage that Zhonghao Hongxin gained before has been exhausted by now.

For other domestic chip makers, the open source of the Power instruction set will be a new opportunity, but the challenge is huge.