In Android Studio 3.5, you can improve input latency and edit data binding expressions in XML faster.

Another long-term issue with Android application development is the time it takes to build an application. The new version of Android Studio brings two significant improvements to application compilation. The first is the addition of incremental build support to the annotation processor, including Glide, AndroidX data binding, Dagger, Realm, and Kotlin (KAPT).

The second improvement involvesWindowsDisk I/O on. Windows Defender (now called Windows Security) has the ability to scan files in real time (when creating or modifying files) to protect users from malware. Android Studio 3.5 will display a prompt stating what steps you can take to exclude the project directory from this real-time protection and complete the best settings to speed up the build.

Another notable change in Android Studio 3.5 is the introduction of Apply Changes, which replaces the old Instant Run. Instant Run is to make small changes to the application and test them more easily, but it can cause problems. In order to solve this problem, Google has completely removed the Instant Run, and basically built the Apply Changes, no longer modify the APK during the build process, but use the runtime tool to dynamically redefine the class, it should run more than immediately Reliable and faster.

This version has a new drop-down menu that lets you quickly choose which device to deploy your application to. This menu also includes a new option to allow applications to run on multiple devices at once. 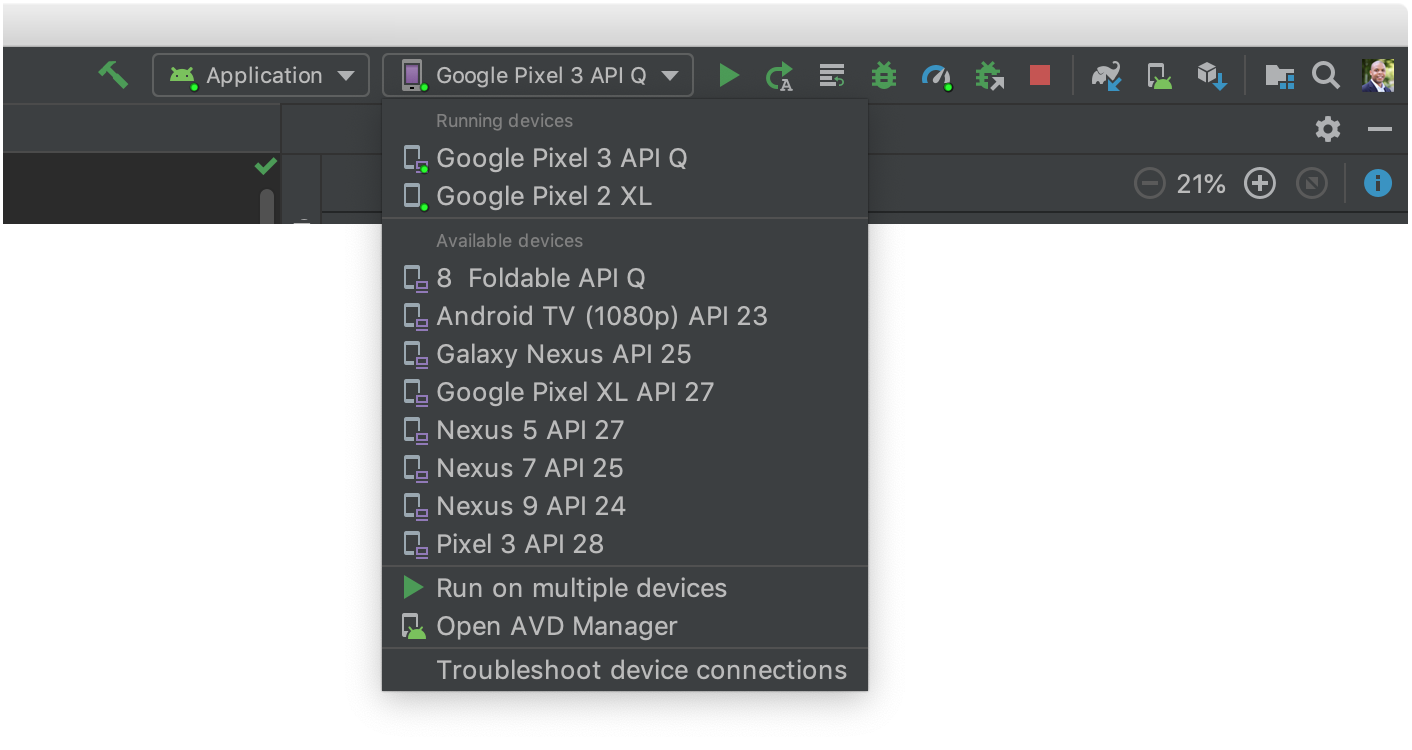 The IDE will recognize when the application project needs more memory and notify you to increase the memory heap size, or you can adjust the settings yourself under Appearance & Behavior → Memory Settings 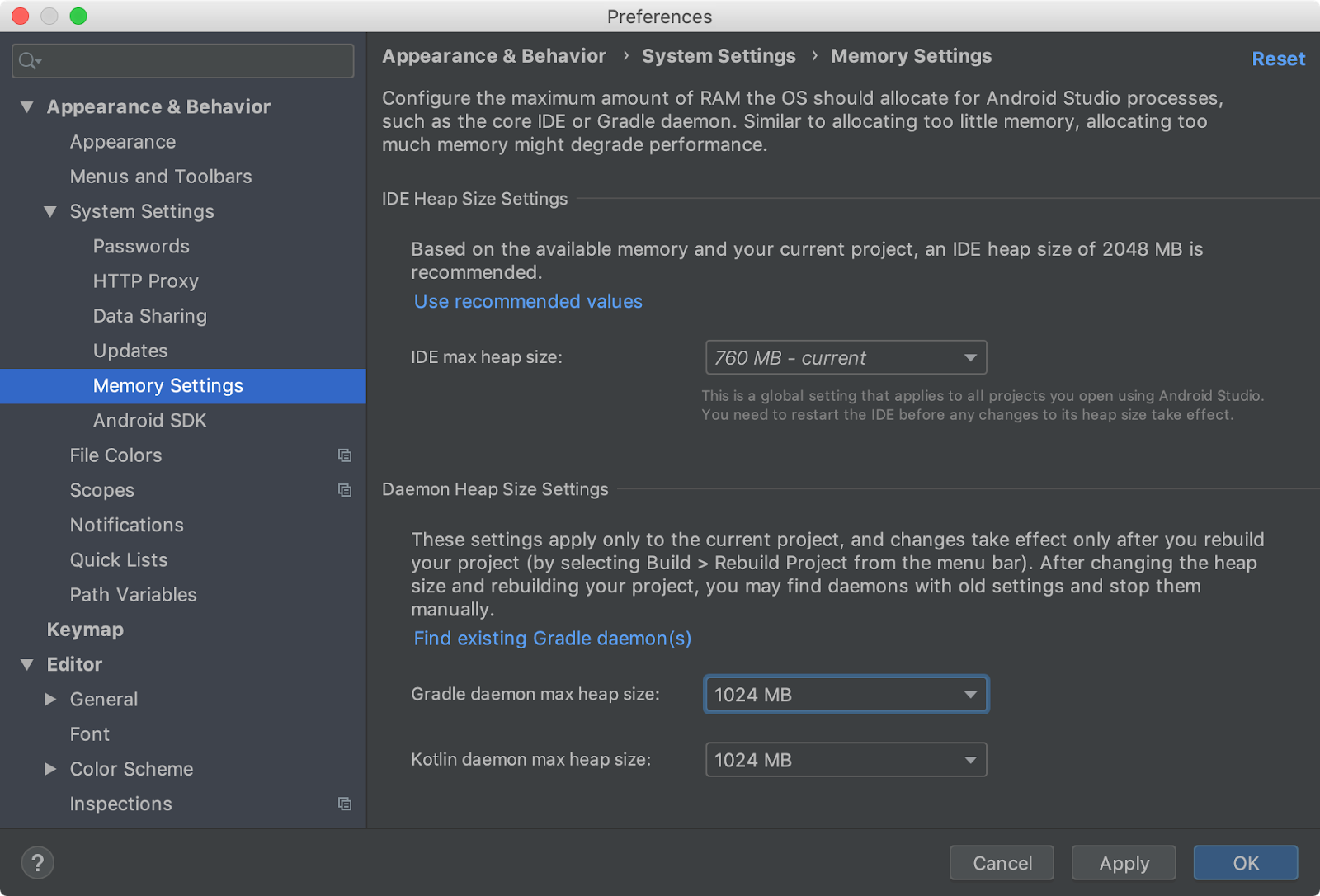 In summary, Android Studio 3.5 has hundreds of bug fixes and significant changes:

Related news
Android Studio 3.5 stable release, abandoned Instant Run
Hot news this week
Biden signed a chip and scientific bill, a video call of WeChat iOS internal test suspension window, the advanced CPU caused Win11 to be difficult to use, Huawei new machines enter...
Alibaba: Shareholders SoftBank will settle in advance for advanced payment in advance involving a maximum of about 242 million ADR
Text message color, picture quality compression! Google calls out Apple for improving cross-device messaging
How to regulate the "broken card" operation to crack down on electrical fraud to prevent "accidental injuries" with cards?
Musk's eyes! Lei Jun released a full -size humanoid robot Xiaomi self -developed strength explosion table
Japan has confirmed that China has overtaken the US for the first time in the world's top three indicators of scientific papers
iPad 10 will be absent from iPhone 14 conference: October appeared on Apple's last non -comprehensive tablet tablet!
The three major indexes of the US stocks opened sharply: ROBLOX fell more than 4%, Twitter and Tesla rose more than 3%
SoftBank Group announced the early settlement of up to 242 million forward contracts for ADRs in Alibaba, reducing its stake to 14.6 percent
Kuaishou TOB business Yu Bing: Self -developed chips or mass production after the end of the year, the video must be turned into light industry
The most popular news this week
Lenovo and Motorola are involved in the case! US ITC launched 337 surveys on mobile electronic devices
Apple excludes RCS from iMessage iPhone users miss out on 5G messages
Can the Bayeng government smashing the billions of dollars to subsidize the new energy vehicle market, can the goal of "Made in North America" achieve it?
Windows 12 new picture is here: Feel it in advance
Intel NUC 12 Pro is now available
A total of 195,000 employees in Huawei: 30-50 years old is the main force
Have you ever seen a mobile phone that hides Bluetooth headset? Nokia New Machine Pre -sale: 599 yuan
A small screen flagship will first sell tomorrow: High -matching 5599 can almost buy 12S Ultra
Actress called out Cook: Apple rogue members can not use
Don't believe you don't recharge the mobile game 套 gold routine very deep