The fuel speed of this huge rainforest is now getting faster, and 10,000 fires have been reported in the past few weeks. However, Brazilian President Jair Bolsonaro did not immediately deploy a plan to put out the fire, because in its view it is only part of the dry season in South America.

But people from all over the world expressed their concerns on social media and called for action. Many of the people in this group sent a special request to Bezos for help. Twitter users have joined the #ActForTheAmazon topic tag campaign and directly @Bezos, asking him to use his financial resources to help end the crisis.

The netizens did this because Bezos’s billion-dollar company was named after the Amazon River, and even more so, the company also launched Fire (English literal: fire)TVAnd a Fire tablet.

Bezos did not comment publicly until the press release.

Here are some tweets that ask Bezos to help solve the Amazon fire crisis: 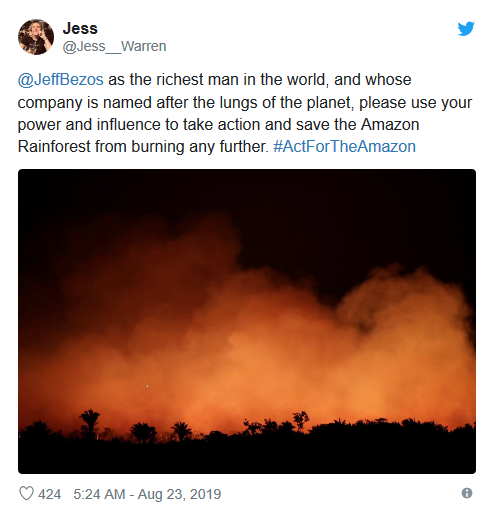 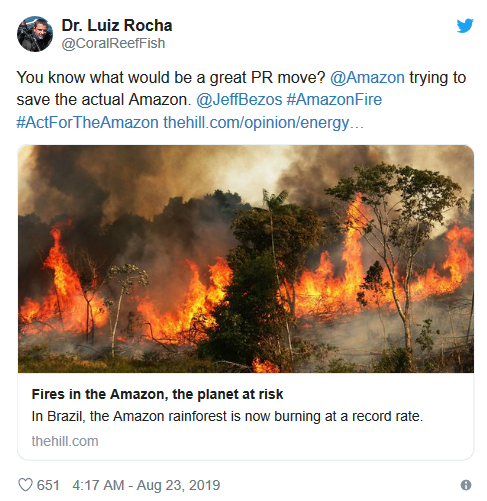 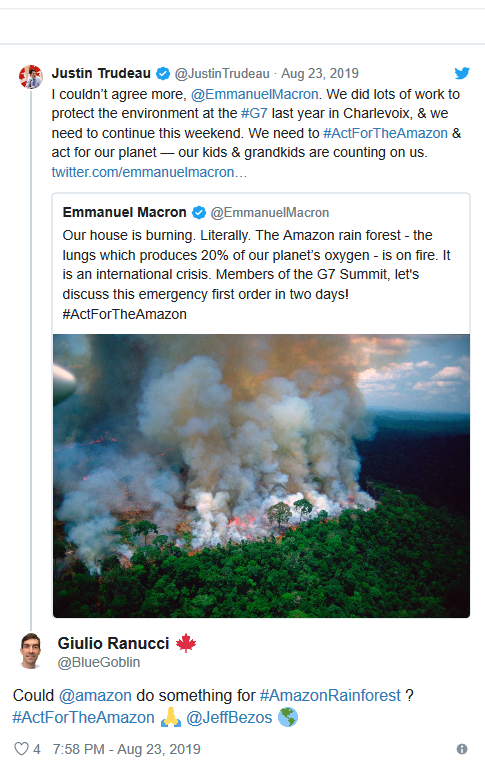 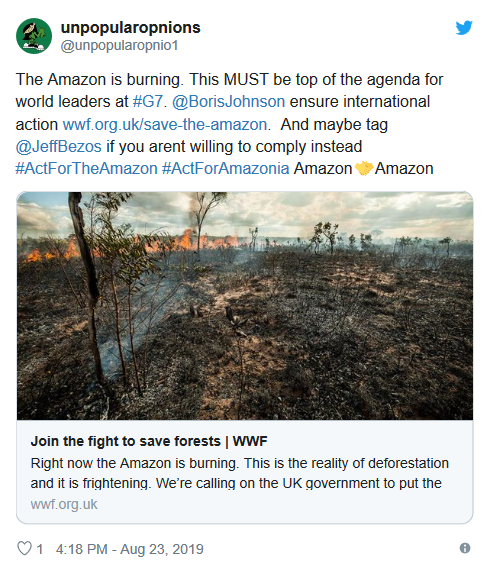 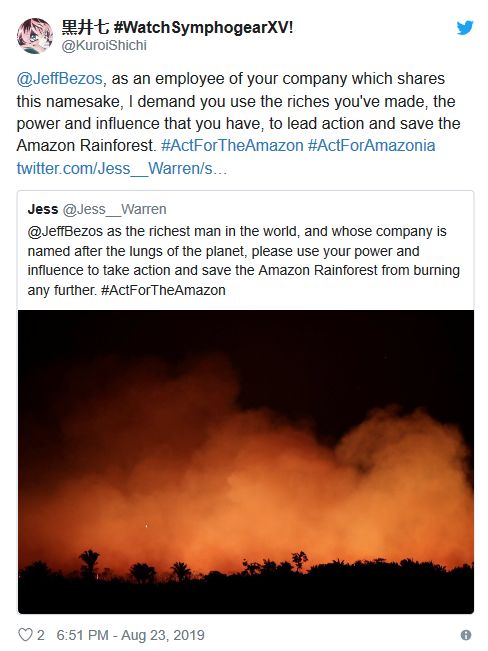 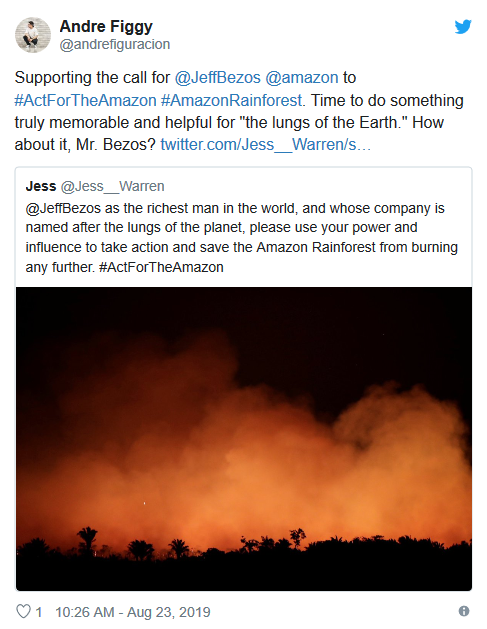 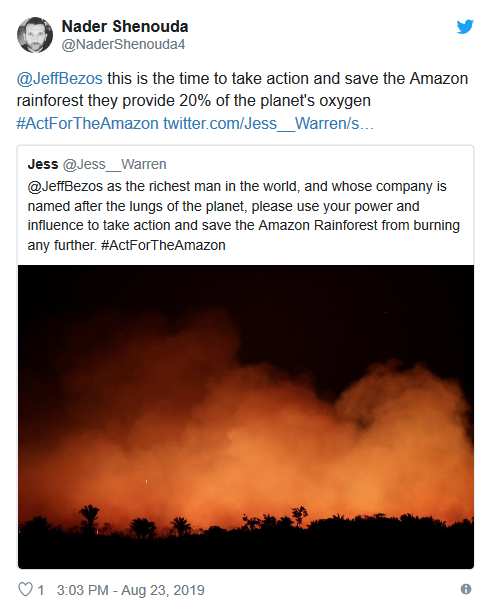 Related news
Chuan Amazon plans to introduce Amazon Go's unattended cash register technology into airports and cinemas
Amazon will continue to deliver free food through Amazon flex and other services in August
Amazon Cloud Services announced two major updates to Amazon bracket
Hot news this week
Titanium Media Publish Assesum: People's Bank: Digital RMB Winter Olympics pilot has entered the sprint phase; Tesla announced that 250,000 Powerwall energy storage power stations have been installed
Close to the apple millet, two weeks of consecutive weeks, China Smartphone second: 3 years, the world's first
Alibaba and Tencent have received more than half of the 43 antitrust fines, and lawyers say the penalties are likely to increase
Study on the sequelae of COVID-19 in the Chinese team: Shortness of breath, depression and other problems still existed nearly one year after discharge
Capital does not love SAIC, "flying" subsidiary, Jet Hydrogen Technology intends to go to science and technology board
Huawei redefines one of the three major communication networks of the underground communication network
Tencent responded to "APP to get ridiculous": Upgrade APP is now downloaded for user rights protection
Gree announced the implementation of the double-holiday work system Dong Mingzhu from the media voice netizen God reply
The approval of Sensetime's IPO gives the metasurverse concept another ride
Netease Cloud Music will soon be listed on the back of 200 million monthly live users how to make money
The most popular news this week
Huawei Heavy Machinery is re-incorporated! Generators except logo exactly
Samsung PCIe 4.0 hard drive upgrade: more heat sinks fully support PS5
New crown latest variament has emerged in early November: New York, USA has a bad feeling
Black Friday us stores face embarrassing situation! Got stuck in the neck
Vehicle positioning signal weak puzzle! To be completely solved by Huawei
Apple resumed sales of the iPhone and iPad in the country after an emergency removal, with prices rising by 25%
In the first 10 months of the year, China's software business revenue increased 19.2%
Guangming Daily: Bid farewell to disorderly competition, platform economic development to tighten the bottom line
Can WeChat transfer borrowed money?
Sources say Huawei has begun mass production of a generation of foldable phone price surprise