There are many reasons for recommendation, including excellent design, robust performance output, stable and economical system and application support, excellent Dolby Vision screen and so on. And on the basis of these selling points, 2019X1 Carbon also brought it for the first time.4KModel, this is the first time a 4 K screen is available in a 14-inch X 1 series notebook. 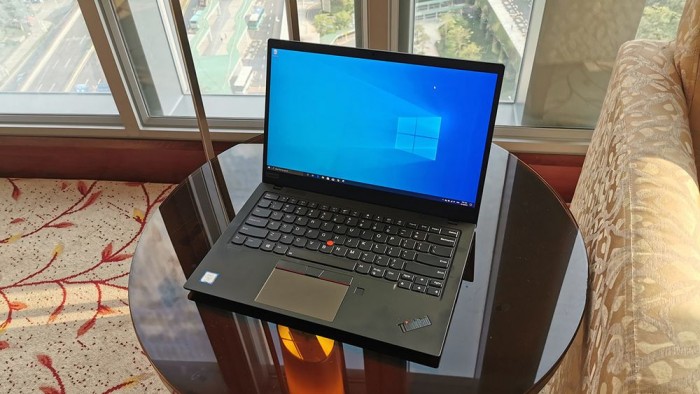 The 2019 Seventh Generation X1 Carbon has made some adjustments. There are no silver and other versions, only two black versions for users to choose from. In addition to last year's regular black version, there are also carbon fiber braided versions.

Foreign media NeoWin has received two evaluation models from Lenovo, one of which is a traditional black version of a full high-definition screen, built-in Core i7 / 8565U CPU,16GB RAM and 512GB. The other is a comprehensive carbon fiber braided version, a new 4K Dolby Vision display screen, Core i7 / 8665U (vPro) CPU,16GB RAM and 1TB SSD. The lower resolution screen means higher endurance, while the 4K version provides a better visual experience.

Before the formal evaluation, let's take a look at the specifications of these two models.

The price information here is "official retail price", while the latter is the actual price that can be purchased at present. There is almost no full sale on Lenovo's official website, but the discount rate will change from time to time.

It is worth noting that Lenovo currently offers four kinds of screen configurations, in addition to the above two, there are 300 nits FHD touch screen and 300 nits QHD non-touch screen. The QHD resolution screen does not provide Dolby Vision.

The biggest change in the 2019 ThinkPad X1 Carbon is thinner, lighter and smaller. It's smaller in size and weighs only 2.4 pounds. If you're looking for a portable laptop with no compromise in performance, it's a good choice. 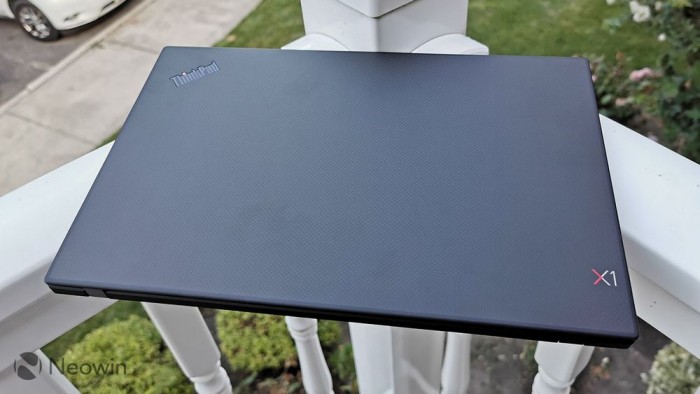 X1 Carbon and X1 Yoga are two very similar machines, but X1 Yoga provides variant design and other additional functions. The advantage of flipping X1 Carbon is its weight. I have to say it feels great. It's easy to pick up with one hand and comfortable to carry around.

The top left corner of the lid has a "ThinkPad" LOGO, and the bottom right corner has a new X1 LOGO, replacing the previous Lenovo LOGO. And these LOGOs are exclusive to these high-end ThinkPad series. P1 will have black ThinkPad LOGO, while X1 is X1 LOGO. 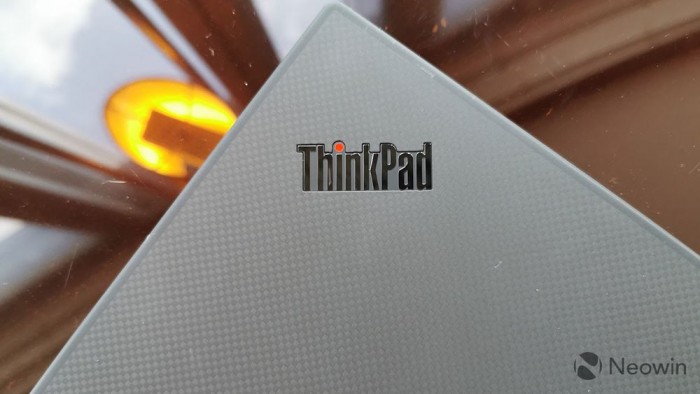 As the name implies, most of the equipment is made of carbon fibers, while the bottom is magnesium alloy, both of which are lightweight materials. Foreign media editors say they like the feel of carbon fibers very much. Touch time is smooth and cool, but it's also strong and light.

In terms of ports, Lenovo offers a rich selection of ports. As a business notebook, Lenovo has not cancelled the USB Type-A port. On the left side of the fuselage, there are two Thunderbolt 3 ports (one supporting the advanced version of the base dock), a USB 3.1 Gen 1 Type-A port, HDMI 1.4b, Ethernet extension and 3.5mm combined audio jack. 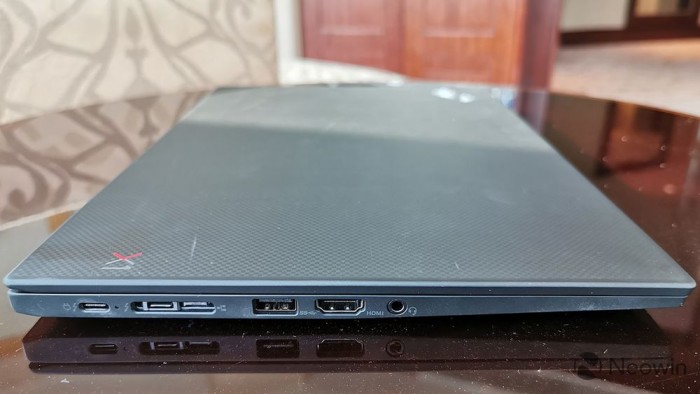 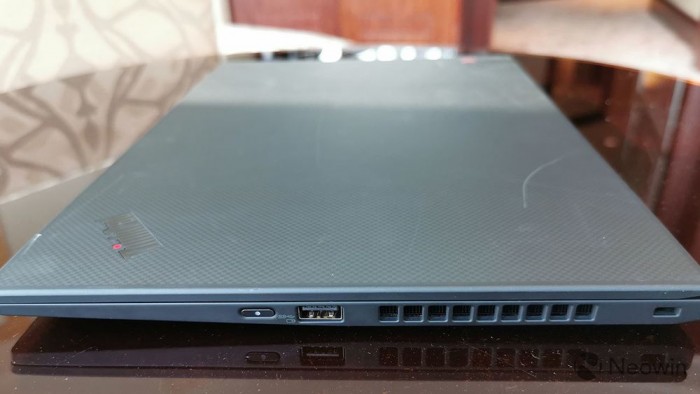 At the bottom of the fuselage, you will find two Dolby Atmos speakers (and two above the keyboard). After switching five cross screws, users can access the interior and replace SSDs and batteries according to the support documents provided by Lenovo.

Like all ThinkPads, X1 Carbon has undergone 12 MIL-STD-810G tests, so it can handle extreme temperatures, shocks, vibration, dust, etc.

There are also some discussions and concerns about application scaling on the 4K screen. However, according to foreign media testing, no rough edges or block rendering were found. When browsing the Windows settings, the proposed text, application and other items should be scaled to 300%, but I found that 200% provided the best balance. Of course, these screen experiences depend on your preferences. 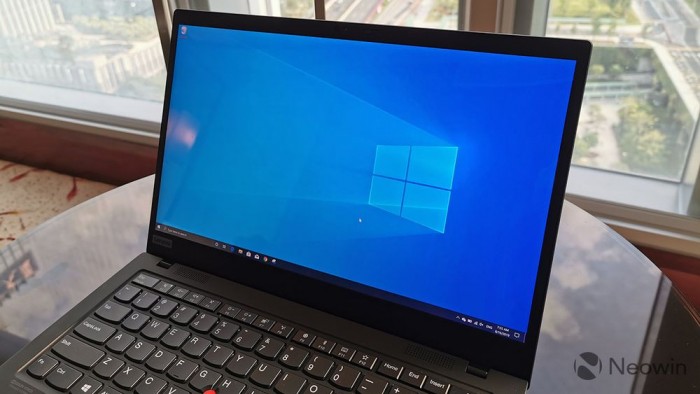 For most buyers, the resolution of 1920*1080 is more than enough, regardless of whether they have a touch screen or not. If you want to experience PrivacyGuard screen security, FHD resolution is the only choice.

In the 4K top-fitting version, the default configuration supports Windows Hello's infrared camera, while other models are optional. Although it can be used in ThinkPad X1 Extreme, the upcoming models are also very scarce, so I'm glad to see it expand to the new X1 Carbon. 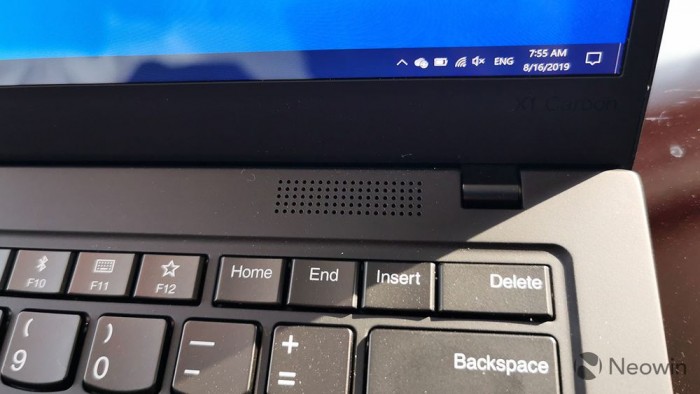 Windows Hello needs to work in a well-lit environment, and it's hard to unlock a room in dim light. Fortunately, the new generation of fingerprint scanner is excellent, not only can the computer switch, but also can be used as a two-factor authentication scheme.

Multi-touch is a lovely and hateful function. For example, it is very convenient to touch the screen in the narrow space such as the airplane, but the biggest disadvantage is that it is easy to make the screen dirty. I found that even with a 4K screen and multi-touch ThinkPad X1 Extreme, I didn't use this feature regularly to make it a necessity.

Laptop speakers are generally not the focus of purchase, and the new ThinkPad X1 has significantly improved its performance compared with previous generations. Lenovo repositioned the keyboard button and port layout, especially the power button, and has now moved to the right, close to one of the two USB-A ports, providing more room for speakers.

Right below the screen is a dual Dolby Atmos speaker, which works with two front top-emitting tweeters and downward-emitting bass speakers. The result is a more immersive voice experience. Another commendable feature is the four far-field microphones.

The two microphones at the top are ideal for voice commands, conference calls, and real-time voice transcription when participating in news reporting. In my experience, these four 360-degree far-field microphones can capture up to 10 feet of audio. Even without the need to record meetings, users can query through Alexa or Cortana to control smart home and other functions.

As usual, the keyboard on ThinkPad X1 Carbon is the best of its kind. ThinkPad is famous for its keyboard, which can be regarded as Cadillac in the keyboard field. It is comfortable, accurate and responsive. Foreign media editors never encounter any problems in the process of using it. 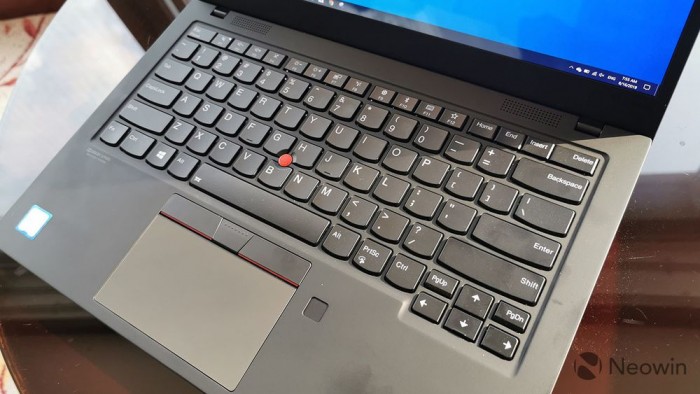 As usual, there is a touch pad under the keyboard. These physical buttons can be used with TrackPoint, which is located between the G, H and B keys. I actually like to use touch boards with physical buttons because they are very suitable for drag-and-drop operations. 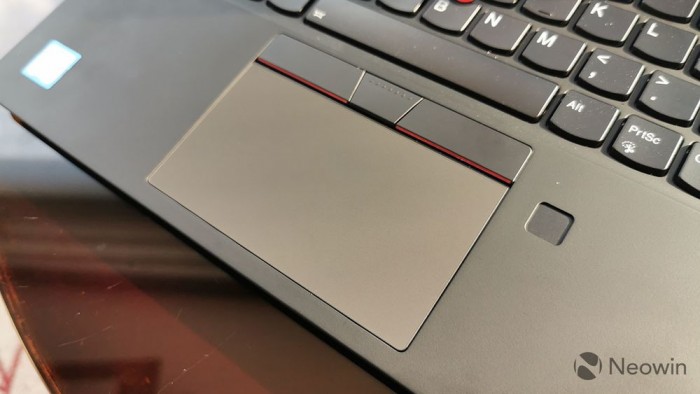 Compared with other mainstream laptops, the touch pad itself is a little smaller. If you prefer larger touch boards, then other products are recommended. There is also a fingerprint sensor on the right side of the touchpad, which is the current standard configuration of ThinkPad. After all, ThinkPad had fingerprint sensors long before Windows Hello. 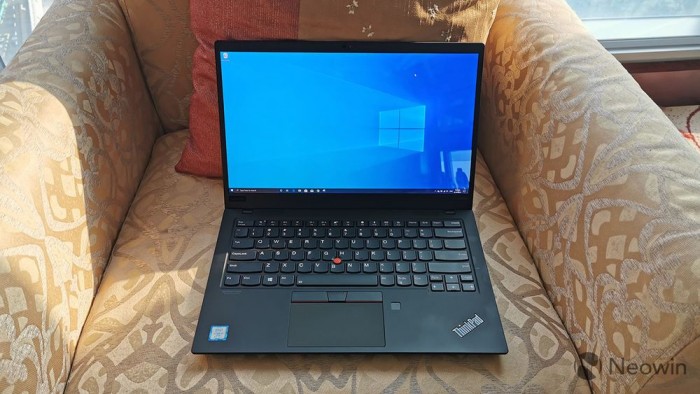 Lenovo official said that the choice of 4K screen top matching means that the endurance will shrink, compared with the non-touch, 400 nits brightness of the full HD screen, the endurance will be reduced by about half. In battery life testing, the full HD screen version lasted 18.3 hours, while half of that meant that there were still 8 to 9 hours. 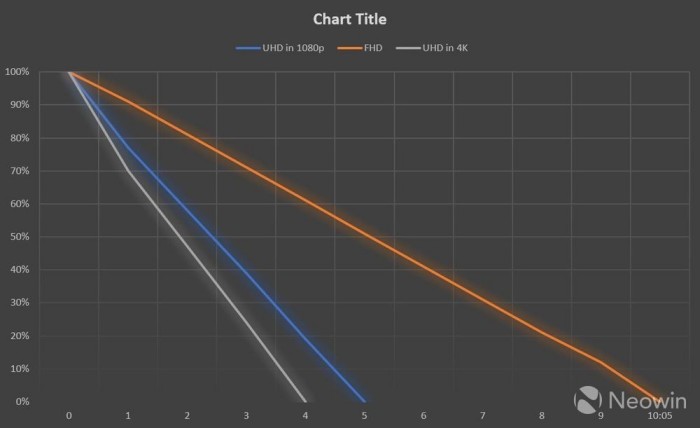 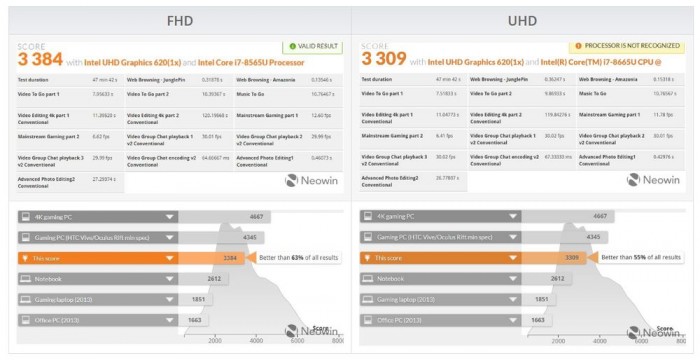 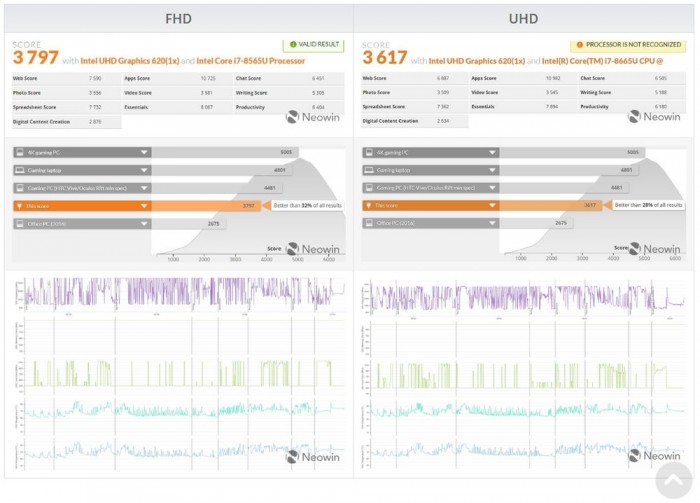 Foreign media think that the sensory experience gained from the sacrifice of continuity is very worthwhile. The foreign media editor said that he often traveled on business and looked up from his notebook in the cabin when he was flying, often feeling very bright in the cabin. Higher brightness of the screen can bring more excellent display effect.

And the latest generation of X1 supports fast charging technology, with built-in 65W adapters, from 80% to fully charged for no more than 16 minutes. But he noticed that even if the brightness was adjusted to 50%, the power consumption was actually very high. Under the condition of full charge, the power consumption has dropped to 90% in less than one hour.

NeoWin eventually gave the 7th generation ThinkPad X1 Carbon a 9-point rating of "Great" with the advantages of lightweight, compact, powerful performance, Dolby Vision screen and Dolby Atmos audio. The disadvantage is the UHD model's endurance, while QHD has no Dolby Vision option. 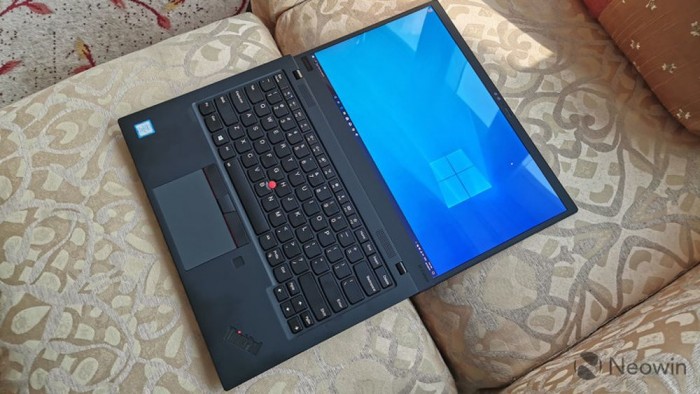