Globalfoundries demanded the ban on the sale of TSMC chips 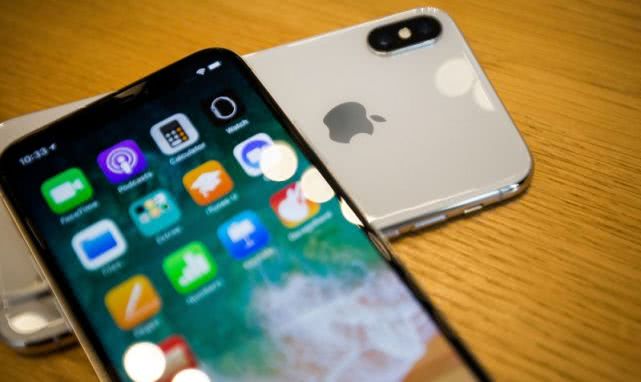 Tencent Technology News, according to foreign media reports, chip foundry manufacturer Globalfoundries on Monday to the US International Trade Commission (ITC) sued the global chip foundry manufacturing leader TSMC, accusing the latter of using its patented chip technology, and requiring ITC to implement import ban, This may disrupt the market for key electronic components of the electronics, including the iPhone.

The US-based Globalfoundries filed a complaint against TSMC for patent infringement on Monday and filed a civil lawsuit in federal courts in the US and Germany. Globalfoundries mentioned TSMC in its lawsuits, including customers such as Apple, Broadcom, Qualcomm, Xilinx, and NVIDIA, as well as device manufacturer customers including Cisco, Google and Lenovo. TSMC manufactures chips designed by companies such as Qualcomm and Nvidia, which are then used in devices such as the iPhone, Lenovo notebooks and Cisco routers.

This wide-ranging legal attack has the potential to disrupt everything from smartphones to PCs to critical infrastructure such as switches and routers that serve as Internet backbones. This highlights the importance of TSMC as a component manufacturer that maintains the operation of modern electronic products.

TSMC spokesman Elizabeth · Elizabeth Sun said that TSMC did not receive any court documents and was not familiar with the details of the lawsuit. “TSMC has always respected intellectual property, and all of our technologies are developed by ourselves,” she said.

“There is something to be done, the world needs a competitive semiconductor industry,” said Sam Azar, senior vice president of corporate development at Globalfoundries. “We are taking advantage of the US and European courts that care about protecting manufacturing. ”

Globalfoundries has factories in New York and Dresden, Germany, and is headquartered in Silicon Valley. The private company is owned by Mubadala, the investment arm of the Abu Dhabi government.

Like other so-called chip foundry manufacturers, Globalfoundries has struggled to catch up with TSMC. Globalfoundries said in a statement that the company sought to obtain TSMC's “substantial” damages, saying that TSMC is using Globalfoundries technology to help it win tens of billions of dollars in revenue.

German courts work quickly and are known for ordering the cessation of product imports before the patent owner's lawsuit is completed. The International Trade Center, which protects the US market from unfair trade practices, is also known for its speed, and surveys are usually completed in 15 to 18 months. It has the ability to stop products from entering the world's largest economy, the United States. If the International Trade Commission believes that the ban is against the public's best interests, it occasionally chooses not to do so. US civil lawsuits filed in federal courts in Delaware and Texas take longer, but can result in huge damages.

Globalfoundries said in the lawsuit that infringing accessories were used in products including iPhones, AirPods, Apple TV and iPad. The company also pointed out that Cisco's switches and Lenovo computers use NVIDIA graphics cards, all using infringing chips.

Globalfoundries argues that the ban will not harm consumers because Samsung Electronics is a licensee and other companies, including Sony, LG Electronics and Vizio, are not in litigation. According to court documents, this means that smartphones and other consumer electronics products will have an adequate supply. Samsung and Globalfoundries have established a chip manufacturing technology partnership.

The patents claimed by Globalfoundries cover the basic principles of semiconductor manufacturing. Some are US patents, while others are European patents, covering esoteric but important areas, such as the 7-nanometer manufacturing process currently used by TSMC. At the same time, Globalfoundries announced a year ago that it would stop developing 7-nanometer chips, focusing on more mature technologies, as the company is struggling to catch up with TSMC's annual capital expenditure of about $11 billion.

Adjara of Globalfoundries said that the company hopes that TSMC will stop using infringing technology or pay royalties to continue to use these technologies. At the same time, companies such as Apple, Cisco and Nvidia were listed as defendants. The reason is that TSMC does not sell chips directly like consumers. The only way for Globalfoundries to block the import of TSMC chips in the US and Germany is to ban the use of such chips. (Tencent Technology Compilation / Ming Xuan)

Related news
Globalfoundries demanded the ban on the sale of TSMC chips
GlobalFoundries sues TSMC for infringing 16 patents: 19 companies including Apple/Qualcomm/NVIDIA are implicated
Who's behind the scenes? The reason why TSMC was suddenly attacked by Global Foundries has been fully decrypted
GlobalFoundries sues Nvidia/ TSMC/Apple and other companies for patent infringement
Chip maker GlobalFoundries carefully considered its 2022 IPO plan
Global foundries will manufacture 14nm chips for Intel
Global foundries completes 22fdx technology development and will mass produce emram chips
Hot news this week
Behind the exposed layoffs, China has praised the loss growth, and the stock price has fallen 67% in three months.
The news said that the Wi-Fi7 chip uses a 7/6nm process to stimulate QFN packaging and aging testing needs
Alipay life channel 20 million people see Wufu Sheng Xiaoka lottery live, fans: difficult for the public
The U.S. government is introducing new policies to attract international students in fields like science and technology
The U.S. Senate Committee passed the tech antitrust bill, and giants such as Apple and Google rose to the challenge
It has been exposed that it will be acquired by Tencent: the Black Shark 5 game mobile phone is officially announced!
China has successfully developed the world's lowest power phase change memory: a thousand times lower than mainstream products
Microsoft Apple Meta seizes the XR market, the Samsung of the fillet folding screen mobile phone or wants to catch up
K50 e-sports edition opponent is coming! A new Chinese phone released in February: it claims to be the best gaming phone
Station B Bilibili 2021 Top 100 UP Main Selection: 63% of new entrants, double the proportion of scientific and technological knowledge
The most popular news this week
7 years! The classic control panel doesn't die: Windows 11 takes another step back
All color renderings of the Samsung Galaxy S22/Plus/Ultra flow out
Indian smartphone shipments increased by 12% of China's reputation points near 68% share Samsung plans to add code
Three months after launch, Microsoft is "happy" with Windows 11: more successful than previous systems
Google announces the abandonment of FLoC: launches a new Topics API to replace third-party cookies
Reveal the "land Probe 1 A star" space autopilot: "time and space revisit" to predict geological disasters
Circle of friends can send more than 9 pictures weChat iOS version 8.0.18 official version of the new content public
Douyin push incentive plan: carry forward China's excellent traditional culture
Common software is spitted in an amazing: mobile phone app memory
A rocket launched by the United States 7 years ago was about to hit the moon and self-destruct: the speed was staggering