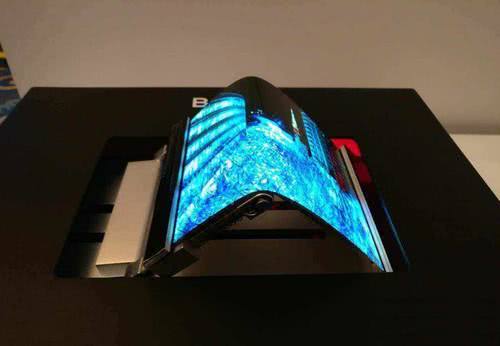 Tencent Technology News, in the past few years, in the field of televisions, smart phones and other fields, some manufacturers gradually replaced the old LCD screen with better quality OLED display. According to the latest news from the Korean media, various indications show that Samsung Electronics, the world's largest panel maker, is preparing to phase out LCD panels and gradually turn to “Quantum Point OLED” display.

At present, Samsung Electronics is the world's largest manufacturer of OLED mobile phone displays and the only supplier of Apple's OLED screens.

According to foreign media reports, market analysts and investors said on Tuesday that Samsung Electronics’ “Samsung Display Company” will invest in quantum OLED (Organic Light Emitting Diode) technology as the next-generation display technology to replace liquid crystal display. It is getting more and more obvious.

Kim Dong-won, an analyst at KB Securities in South Korea, said: “In the next few months, Samsung may stop the 8.5th generation LCD panel production line in Asan, South Korea, and transform the LCD business into a large-scale quantum dot OLED in stages. Panel business. ”

The above-mentioned Korean brokerage analyst analyst said: "Li Zaijun's remarks were interpreted as Samsung's determination to invest in new large-scale display panel technology including QD-OLED, which will help solve the uncertainty of Samsung's investment direction in the next few years. Sex. ”

Samsung Display has officially stated that it is considering quantum dot OLED as one of its next-generation display technologies in its R&D department, but has not confirmed any specific investment plans.

In recent years, Chinese companies have expanded their influence in the global LCD panel market, panel prices have fallen, and profit margins have fallen. Samsung Display has decided to reduce LCD panel production in the second half of this year, so the company seems to have gained momentum in the development of QD-OLED. .

Although Samsung Electronics recently denied news reports about investing in a new generation of OLED production line plans, a local Korean newspaper said it is considering purchasing vapor deposition and thin film packaging equipment from Korean manufacturers (not Japanese and US suppliers). Used to develop a new OLED pilot line.

An official of Samsung Electronics said: "At least until next year, Samsung's TV technology will have two tracks & mdash; — QLED and Micro LED. However, when the QD-OLED is ready, there is no reason to exclude it. ”

The Korean media expects Samsung Electronics to launch a TV with a home Micro LED display next year.

In the history of display panel technology battles, LCD has beaten plasma to become the mainstream of the industry. In addition, relying on ultra-high-definition resolution and other technologies, LCD has further improved the technology life, but today, LCD is facing the replacement of OLED.