IPhone 11, what an embarrassment! 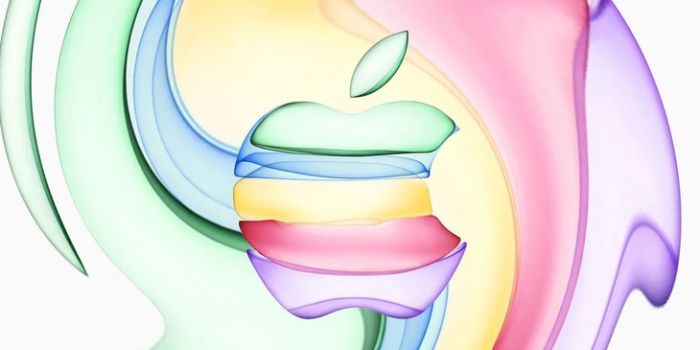 If the rumor is true, NEWThe same design will be used for the third consecutive year. Apple is expected to release three new models of the iPhone: the iPhone 11, the 11 Max/11.IPadMac product line, release new AirPods, HomePod and other products, announce the online time and pricing of its streaming media services.

Nevertheless, the new iPhone remains the focus of attention and the most revenue-generating product for Apple. The 2019 iPhone is likely to be equipped with faster processors, the latest iOS operating system, green, purple and other appearance colors, and support reverse wireless functions.Mobile phoneCharging AirPods on the back（SamsungGalaxy S10 has been supported), improve face recognition system Face ID, and so on.

The maximum feature of the camera

The biggest change this year will be the addition of a third camera on the back of the Pro and a second camera on the R model to improve dark light shooting, people familiar with the matter said. Fans are likely to fail to see a major design or functional breakthrough in the new iPhone.

These anticipated updates really don't cheer Wall Street. Some analysts and investors even predicted that the upcoming iPhone would be boring. By contrast, Apple's rivals are upgrading their mobile phone designs dramatically, such as Samsung's Galaxy Note 10, which has almost a full screen.One plusOnePlus 7 Pro uses a pop-up camera.

Bob O 'Donnell, an analyst at "In the overall innovation, Apple is still further behind many of its competitors, even in the era of overall stall in the smart machine industry," market research firm, Bob O

Dan Morgan (Dan Morgan), senior portfolio manager at Synovus Trust focused Technology, an investment trust firm, believes Apple is now standing still, just maintaining the iPhone business. Apple is one of the largest positions in Synovus Trust. However, he is optimistic that this year's iPhone will have enough new features to drive the sale of this very mature product, "keep the train running."

This "will" attitude also highlights the challenges Apple faces since the launch of its first iPhone in 2007, which accounts for more than half of Apple's revenue. On the one hand, Apple wants to maintain this core product, on the other hand, it needs to reduce its dependence on it.

The struggle before 5G

If consumers want to buy a mobile phone that can last for several years now, they probably want to buy a 5G mobile phone. 5G network is just beginning to deploy, but by the end of next year, 5G network will be popular. Apart from the iPhone, mainstream Android phones should add 5G support in the coming months.

Apple is also developing a 5G version of the iPhone, but it lags behind its rivals, mainly because of a patent war with chip supplier Qualcomm. The two companies reached a settlement in April, clearing the way for Apple to use Qualcomm baseband again on its iPhone in the future. But for this year's iPhones, reconciliation came too late to allow them to use 5G baseband. 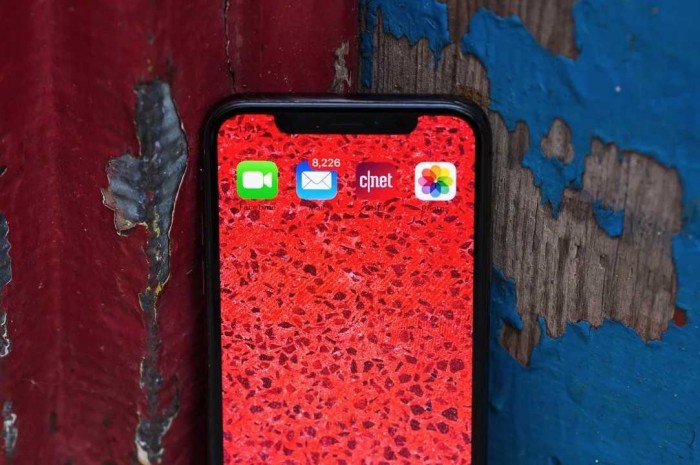 The new iPhone will all support 5G next year, with a major change in design, with a screen size of 6.7 inches, 5.4 inches, and 6.1 inches, all in place, said Guo Ming, a well-known analyst at Tianfeng International Securities.The screen is also available in China for the sub-6 GHz band.

Neil Morston (Neil Mawston), an analyst at Strategy Analytics, a market research firm, said Apple was now in waiting mode to welcome the "next wave of upgrades" triggered by the 5G version of the iPhone in 2020. "until then, iPhone will continue to struggle, with shares shared by Samsung andHUAWEIEradicate." He said.

Foldable screen version of the iPhone, do you have it?

In addition to 5G, Samsung and Huawei have developed foldable screen phones. Their phones all had their own problems: Samsung delayed the launch of the phones for five months to fix the screen problems in Galaxy Fold; Huawei's Matte X was originally scheduled to go on sale this summer, but it hasn't been launched yet. However, foldable screen phones are expected to eventually become conventional phones, and even low-cost mobile phone manufacturers such as TCL are developing foldable screen phones.

So far, Apple has not shown any foldable screen products, but it is likely that they are being developed in the lab. Apple will improve its products before they are released, even if it is months or even years behind its rivals. However, Apple's procrastination on foldable or 5G phones for too long will give opponents the opportunity to define the future of the phone.

UBS's annual survey of 8,000 smartphone users worldwide in May showed that Apple's recent upgrades to the iPhone, such as Face Recognition, did not resonate with some users. In the eyes of these users, Apple's products are less unique and aggressive than those of the past few years. Many consumers have a longer upgrade cycle and are not attracted by Apple to upgrade their phones to a new iPhone with an average price of $949.

Apple needs to sell enough iPhones next year to avoid a repeat of the disappointing sales of the iPhone XR and XS released last September. The weak sales of mobile phones forced Apple to cut its performance outlook for the first time in more than 15 years in January. 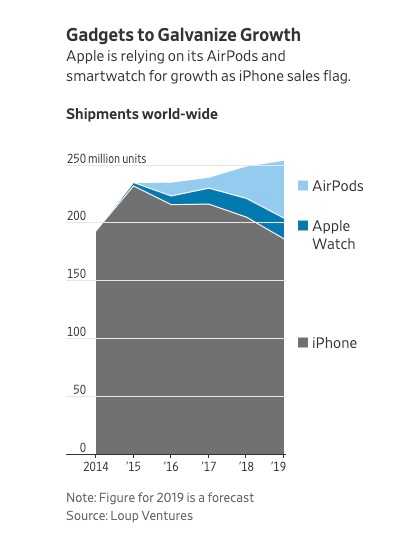 Hainer International Group, a trading company, said Apple's sales of new iPhones are expected to be about 70 million by the end of this year. Nearly 30% fewer than the 98 million units set in 2014.

Mild expectations for Apple's iPhone sales in 2019 have led Apple to look ahead to 2020. Next year, Apple will release its first 5G version of the iPhone.

Apple's transition from the iPhone to the post-iPhone era will inject new momentum in the coming weeks. In addition to the iPhone, Apple will release the fifth generation of Apple Watch this week. Analysts expect the new watch to be equipped with a new case, battery life improved, and further detached from the iPhone through a well-established app store. It is expected to add more health functions, including sleep tracking modes.

These features will allow Apple to go further into the field of health. Tim Cook (Tim Cook), Apple's CEO, said the health sector would redefine the company. The fourth-generation Apple Watch, released in 2018, is equipped with electrodes and sensors that generate electrocardiogram and detect possible risk disorders.

Strategy Analytics said health features have helped Apple increase watches shipments to 5.7 million yuan in the latest quarter, up 50% from a year earlier. In the first three quarters of this fiscal year, sales of smart watches drove Apple to wear andpartsBusiness revenue increased by 35% to nearly $18 billion, including AirPods.

Apple will be officially launched astelevisionProgram and game development subscription service, the latter announced in March. Apple will announce the pricing of its TV and Arcade gaming services as soon as this week, analysts said.

Moston of Strategy Analytics says the combination of wearable products and services will be key to Apple's passing through the era of the iPhone. The last mobile phone giant, Nokia, tried to make a similar transition, but struggled.

Related news
Comparison of iPhone XR / 11: advantages and disadvantages of iPhone se
IPhone 11 will fall below 4000 yuan: wait for 5g iPhone 12 or start immediately
IPhone 12 delay: winter is coming
Does the iPhone 12 last for a long time? First hand measurement gives you the answer
Huaqiangbei's "iPhone 11 changes to iPhone 12" netizens: it's difficult to distinguish between male and female
User feedback said iPhone 12 body faded: aluminum frame embarrassed!
When is it cost-effective to buy iPhone 12 after the release of iPhone 13?
Hot news this week
Biden signed a chip and scientific bill, a video call of WeChat iOS internal test suspension window, the advanced CPU caused Win11 to be difficult to use, Huawei new machines enter...
Text message color, picture quality compression! Google calls out Apple for improving cross-device messaging
Alibaba: Shareholders SoftBank will settle in advance for advanced payment in advance involving a maximum of about 242 million ADR
How to regulate the "broken card" operation to crack down on electrical fraud to prevent "accidental injuries" with cards?
Musk's eyes! Lei Jun released a full -size humanoid robot Xiaomi self -developed strength explosion table
Japan has confirmed that China has overtaken the US for the first time in the world's top three indicators of scientific papers
SoftBank Group announced the early settlement of up to 242 million forward contracts for ADRs in Alibaba, reducing its stake to 14.6 percent
iPad 10 will be absent from iPhone 14 conference: October appeared on Apple's last non -comprehensive tablet tablet!
Kuaishou TOB business Yu Bing: Self -developed chips or mass production after the end of the year, the video must be turned into light industry
The three major indexes of the US stocks opened sharply: ROBLOX fell more than 4%, Twitter and Tesla rose more than 3%
The most popular news this week
Put an SSD in your phone: from 2,499 yuan
China's largest general purpose drone! The first five flights were successful
IPhone 14 to be released alongside Huawei Mate 50: Which bangs do you choose?
Tencent's agent of the Russian war online game announced the suspension: Customs Customs in October
Will the heat this summer cause the winter to be extremely cold? Expert science
New Intel NUC Mini! First time with Core P 12 and a castrated version
Lenovo and Motorola are involved in the case! US ITC launched 337 surveys on mobile electronic devices
Apple excludes RCS from iMessage iPhone users miss out on 5G messages
Can the Bayeng government smashing the billions of dollars to subsidize the new energy vehicle market, can the goal of "Made in North America" achieve it?
Windows 12 new picture is here: Feel it in advance