Apple dumped the hardware at the press conference, but there was no One more thing.

A friend of mine told me that instead of looking at what Apple is doing today, it's better to see how much it costs in November. That makes my "pseudo-fruit powder" a little sad.

But they don't think so. Cook quickly put the machine on Apple's website! I'm going to place an order!

Cook understood what everyone was thinking, so he was determined. Put iPhone 11 at the end.

Objectively speaking, this conference... There's no surprise, but Cook's own mood is beautiful, because their stock has risen by 1.18%. 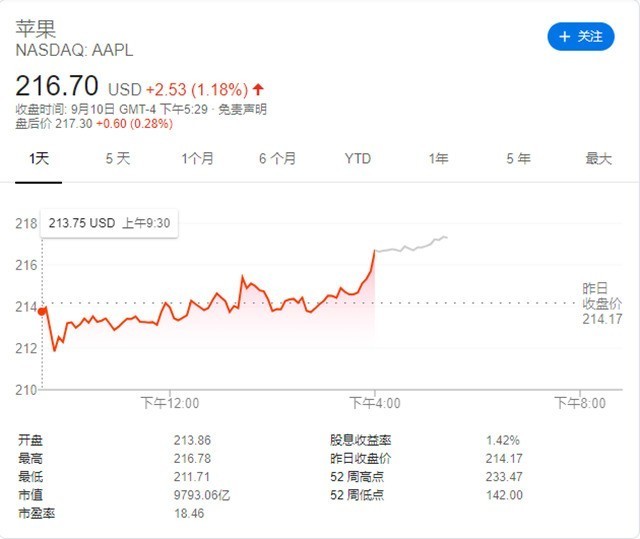 Now let me show you what good things Cook brought us in this "Spring Festival Gala of Science and Technology".

Panic is a common symptom for many people who have just crossed the threshold of 40 years old. The geometry of heart rate problem makes many people more upset.

Apple Watch has been screaming for years to join the heart rate monitoring function, and this time Apple is willing to add him. On the one hand, it can avoid major accidents, on the other hand, it can call SOS directly for help. 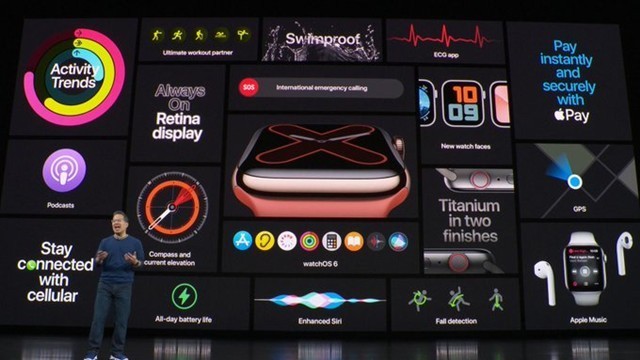 In addition to monitoring your heart rate, Apple Watch Series 5 also gives itself a new dress, ceramic and titanium case enrich everyone's choice. But how durable is the ceramic case? Only when you use it can you know.

Apple Watch has also added a number of new technologies, including LTPO displays that can be dynamically refreshed, 18-hour durations, and built-in compasses.

However, Apple also mentions a function that allows everyone to hold their hands artificially, that is, to see specific health values and times when they lift their wrists. This function seems to remind people, "You might as well buy a real watch."

There's only one iPad left that doesn't follow the rules.

In July, up to five iPad models entered the Eurasian Economic Commission database. This morning, the apple was also brought as expected. An iPad product.

In my young mind, I always thought that the iPad was still an entertainment product. However, I was shocked when Apple installed the keyboard as soon as it came up today. 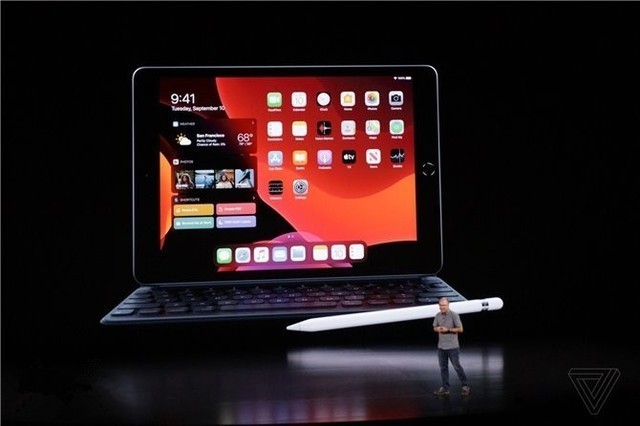 Keyboards are selling points. It's a wonderful thing. Apple added a new smart interface to the iPad for a full-size smart keyboard, and Jobs'coffin panel seemed to have shocked again.

The legendary "Bath Baby" camera did not appear on the new iPad, and the 8-megapixel rear camera is very inadequate in today's era.

WWDThe first iPadOS 13 was released on C, and it landed this time. 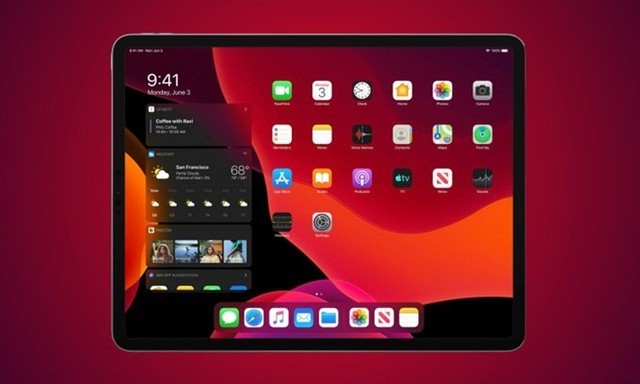 The new home screen, the new side pull feature that can use multiple Apps, the multi-space usage of App, the new toolbar of Apple Pencil, and the new file App have been introduced into the iPad OS 13, which has further enhanced the productivity of the iPad.

The iPhone 11 is coming“GasKitchen and Bath Baby

Finally, Cook, who had held up for an hour at the end of the launch, came up with the expected new flagship iPhone 11 series.

Apple follows the trend from naming. When they have to explain why they use Pro,Mobile phoneThe department's negatives can only say that their design got Pro, although my face-blind patient still can't tell which is the iPhone 11 and which is the iPhone XS. 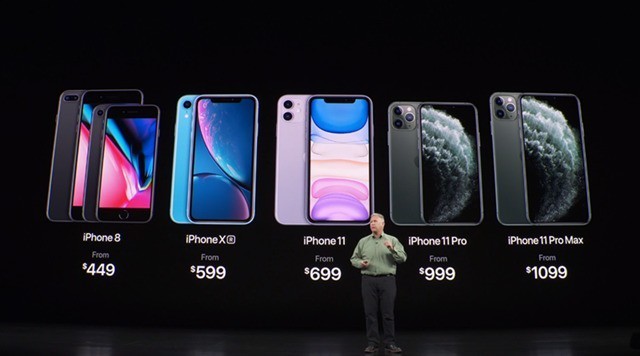 At the launch of the iPhone XS last year, Apple took a long time to explain how dual cameras have improved photography. With the replacement of three cameras for the iPhone Pro this year, Apple will naturally not give up this opportunity. So the most common word mentioned in the iPhone section is "Camera".

The camera has also fallen short of expectations and become the focus of attention of Internet users around the world. It's just that the netizens don't care how many pictures the three cameras can improve, but what the three cameras look like. 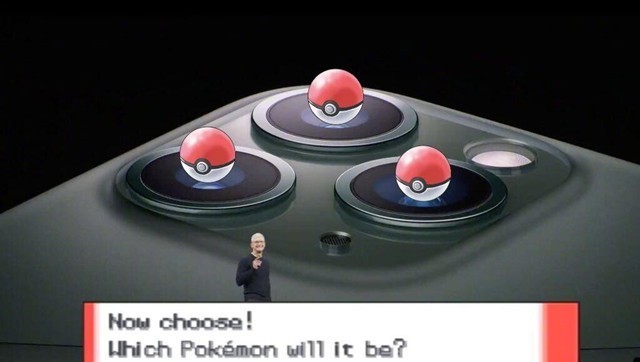 From the earliest "bathroom bully" to the "gas stove" and "Pikachu" that appear today, the biggest contribution of the three rear cameras of the iPhone 11 Pro may be to provide a continuous stream of meme for netizens. 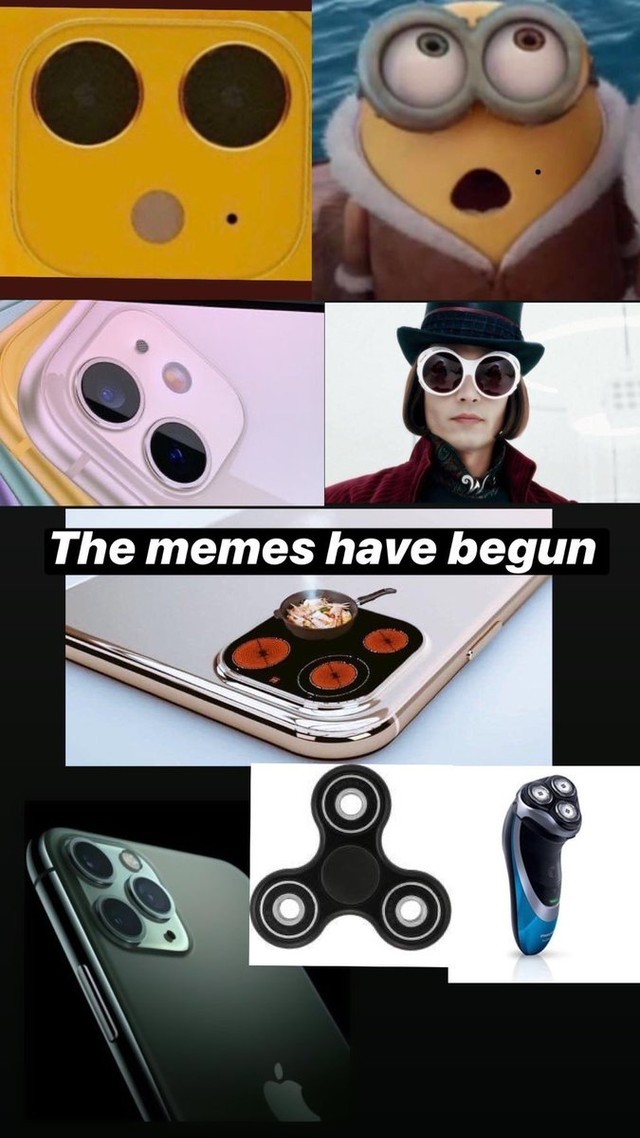 Over the past few years, Apple has had a big problem with the Type-C interface. Apple announced the world at this conference, and they finally said goodbye to "Five Blessings and One Ann". Users who buy the iPhone Pro will get 18W fast charging and Type-C charging head. 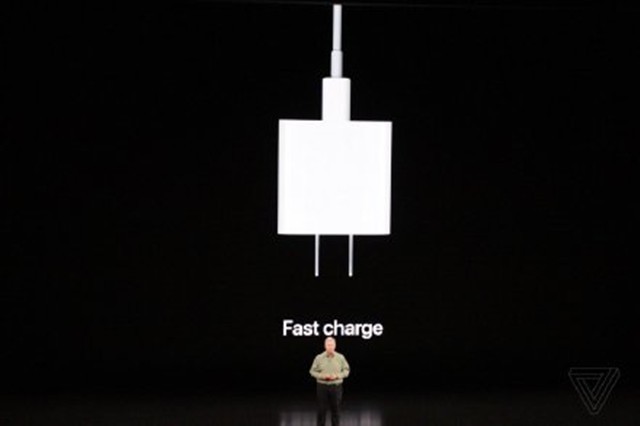 However, whether it's the iPhone 11 or the iPhone 11 Pro/Pro Max, the lightning interface is still standing. It's a pity to think so.

The screen of the iPhone Pro is also highlighted by Apple, which has a brightness of up to 1200nits and supports Dolby panoramic sound and Dolby horizon. Apple named it Super Retina XDR display.

The A13 Bionic processor, which still uses Liu Haiping as its front design and supports Face ID, is a logical thing. 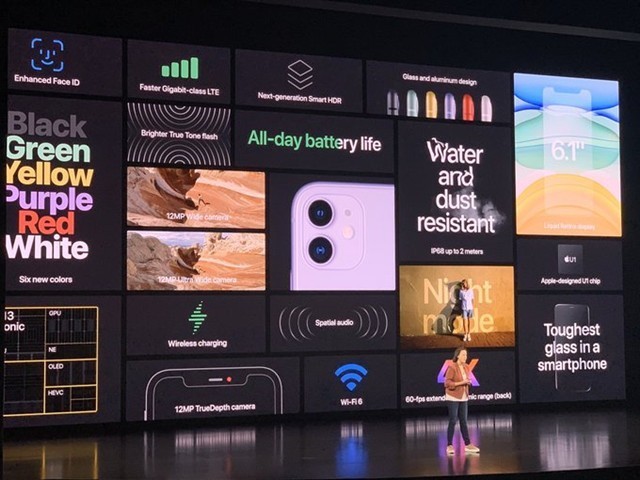 However, it seems that everyone knows that they are not in a hurry to buy, wait for more and double 11 discounts. I'm afraid it's the real fruit powder that really needs to start this time.

One more thing? No!

The pace of Apple's launch was so fast that it took only an hour and a half after the introduction of the iPhone 11. As a result, people began to look forward to one more thing.

AR glasses, Apple cars, and even new products from Apple TV are all people's expectations. Unfortunately, Cook said thank you. The annual Spring Festival Gala of Science and Technology ended in such a hurry. 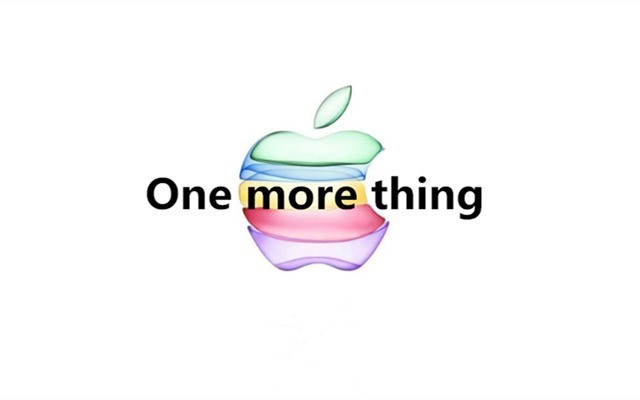 This kind of end of the Apple conference is like those poor students who can't easily answer the teacher's questions and sit down anxiously for fear of asking him something else. Maybe it's just a comment for consumers: "This conference feels like no urine during the whole process, but it always feels like something is wrong."

Yes, what are the disadvantages? No surprise, no one more thing.

Related news
Apple dumped the hardware at the press conference, but there was no One more thing.
Why does "one more thing" Apple make its own chips?
Apple will launch a bundled subscription service called Apple One"
Apple or launch Apple One bundles to boost service income
Apple One？ Is it Apple's own 88 members
Apple registered multiple Apple One" domain names before Tuesday's launch
Apple one does not solve the problem of multiple Apple ID accounts (Figure)
Apple announces Apple silicon special event "one more thing" on November 10
Hot news this week
Announced real-fired people to change the news for four days, the chairman of Tianzhong semen was resigned for personal reasons.
Bank of East Asia (BEA) was fined 16.74 million yuan ($16.74 million) by the Shanghai branch of the People's Bank of China for illegal information collection
After the comprehensive suspension of "nurturance class" network comprehensive and indulgent drama, the audience deserves better
ByteDance invested in Sequencing Technology, which is an AI industrial SaaS software service provider
Former search president of Baidu xiang Hailong joins Transsion The company that sells mobile phones wants to do more Internet
2021 Global Patent List Released: Huawei ranked fourth in the top five in the world in the United States
It's hard to escape the monopoly sanctions American court dismissed Facebook against FTC counterattack
Rewrite history! The largest acquisition in the game industry was finalized: 80.9 billion yuan exceeded Tencent's record
Enterprise WeChat active users reached 180 million The new version is connected with the video number
The Shanghai Astronomical Observatory found a case of a galaxy "escaping" 12.1 billion light-years away
The most popular news this week
WeChat heavy update! This function is finally here.
China successfully launched satellite 13 in 2022
Coldest holiday ever! Tencent announced that minors can play games for up to 14 hours during the holidays
In 2021, public security organs cracked down on more than 6,000 illegal payment and settlement gangs in 134 problematic games
People's Daily: Promoting Express Packaging "Green Revolution"
Ali health online the first domestic helicobacter pylori self-testing product "you tube", 10 minutes out of the results
Xiaomi Youpin Youyu announced the termination of operations
JP GAMES and Alibaba Cloud reached a cooperation to develop a metaversic solution based on the cloud
The camera is lost to the mobile phone Japan Canon close Zhuhai factory: small part parts are still working
Baidu announced connectivity with more than a dozen companies, including Meituan and Xiaohongshu