Why are e-cigarettes surrounded from San Francisco to Shenzhen? 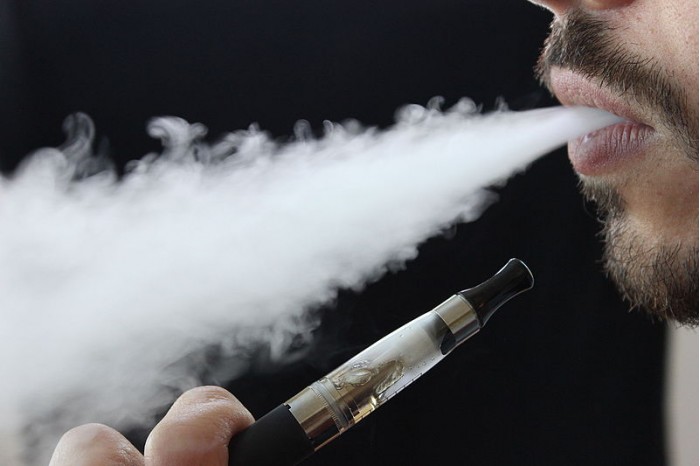 The cause of death is unknown.

In a statement, the president of the American Electronic Cigarette Association pointed out that the crisis had more evidence that street drugs containing tetrahydrocannabinol (THC) or other illicit drugs were responsible for these diseases, rather than nicotine-containing electronic cigarette products.

E-cigarette is a kind of commonly known as electronic atomizer. It is a kind of atomizer driven by rechargeable battery. By means of atomizing smoke oil or heating tobacco (non-combustion), the smoke oil is turned into steam for consumers to absorb. At the same time, e-cigarettes have the same appearance, smoke, taste and feeling as ordinary cigarettes. Because this electronic product mimics the cigarette, it is called the electronic cigarette.

Now the deaths associated with electronic cigarettes in the United States indicate that the problem lies in smoke.When smoking e-cigarettes, the smoke oil used by smokers may contain nicotine or tetrahydromarijuana (THC, a high concentration of chemical extracted from marijuana). U.S. health officials said they had previously found 450 similar suspected cases, including five deaths, in 33 states. These patients developed dyspnea, chest pain, fatigue, vomiting and other symptoms and were immediately hospitalized.

In some cases, patients admitted to smoking e-cigarettes not with nicotine, but with tetra-hydromarijuana. Martin Dacreel, head of tobacco control at the British Ministry of Public Health, who is also concerned about e-cigarettes, believes that,Most e-smoke-related cases in the United States are related to the use of illegal fumes.Smokers buy or make illegal fumes on the street, mostly containing tetrahydrocannabinol.These products come from the black market and are totally different from electronic cigarettes purchased through regular channels.

Linda Boulder (LindaBauld), a public health expert at the University of Edinburgh, holds the same view. She believes that all the evidence so far suggests that illegal use of liquids containing marijuana (THC oil) is the cause of illness in the United States, and that widespread use of atomized products containing nicotine, especially those regulated in Europe, is unlikely to cause these cases.

That's why Dacquerel opposed the adoption of the electronic cigarette ban by the San Francisco Parliament on June 25, 2019, which came into effect in 2020 and made San Francisco the first major city in the United States to ban the sale or production of electronic cigarettes. The ban requires that e-cigarette products sold in San Francisco stores or on the Internet be approved by the U.S. Federal Health Department, but does not prohibit people over the age of 21 from using e-cigarettes.

Is it safer than cigarettes?

For e-cigarettes, the attitude of the World Health Organization (WHO) is that e-cigarettes are harmful to public health, and it is not a means to quit smoking. It is necessary to strengthen the control of e-cigarettes and eliminate the harm of e-cigarettes to adolescents and non-smokers.

First,The nicotine emitted by e-cigarettes is harmful.The latest evidence is a study published online in the Proceedings of the American Academy of Sciences (PNAS) on January 29, 2008. In mice, nicotine inhalation of electronic cigarettes can damage DNA in their hearts, lungs and bladders, as well as in cultured human lung and bladder cells in vitro. Wound.

The results also surprised researchers, because e-cigarettes are usually seen as a safer alternative to traditional cigarettes.

A study published online on March 8, 2017 by researchers at Portland State University in the journal (PLoS One) found that three different e-cigarettes were tested.When electronic smoke operates at high power, a large amount of carcinogenic benzene can be formed in the smoke of electronic smoke.

E-cigarettes also damage cardiovascular disease.Researchers at Sweden's Dandruid Hospital and other institutions have found that only 10 inhalations of electronic cigarettes can cause blood vessel damage. In another study conducted in 2015, researchers studied in greater depth the effects of 30 e-cigarettes inhaled by healthy people. The results showed that, affected by electronic smoke, the subjects'vascular elasticity became worse and worse, which might lead to heart disease and stroke. In Sweden, people who smoke e e e-cigarettes inhale 250 to 300 mouths a day. At present, the sale of e-cigarettes in Sweden is unregulated, which indicates that people are more seriously injured by e-cigarettes in real life.

On June 20, 2019, NBA News reported that 17-year-old American teenager Austin Adams (Austin Adams) wanted to quit smoking and switch to e-cigarettes in an attempt to reduce addiction to tobacco. The e-cigarette he tried was called VGOD, but it exploded in his mouth, causing a fracture of his jaw and blowing up several teeth directly.

Between 2009 and 2016, at least 195 e-cigarettes exploded or caught fire, but no one was killed, injuring 133 people, 38 of them in serious condition, the U.S. Fire Department reported. In addition, the Food and Drug Administration's (FDA) report highlights seizures in some people, especially teenagers and young adults, after using e-cigarettes.

Electronic cigarette smoke adds many ingredients to attract smokers, including cherry, strawberry, menthol, menthol and other dozens of flavors, but many ingredients change after heating, and the harm to the body is beyond the scope of traditional tobacco products. In addition, electronic smoke can cause airway contraction, causing breathing difficulties.

The reason is that teenagers generally think that nicotine content is not high, less harmful than authentic tobacco, so they feel that there is no danger in smoking electronic cigarettes, and they will easily try to smoke electronic cigarettes. However, all e-cigarettes contain nicotine, which makes it easier for teenagers to become addicted unconsciously. As a result, they switch from e-cigarettes to traditional tobacco products.

In view of the various hazards of electronic cigarettes and the attraction of more teenagers to smoke, the reasons for prohibition are adequate. In this regard, the views of WHO, FDA and CDC are consistent. On June 26 this year, Shenzhen has become the first city in China to put electronic cigarettes on the smoking blacklist.

Related news
San Francisco is about to legislate to ban the manufacture and sale of electronic cigarettes.
Why should San Francisco take advantage of its own business to ban the sale of electronic cigarettes?
Why are e-cigarettes surrounded from San Francisco to Shenzhen?
San Francisco will continue to ban e-cigarettes after a decisive vote
San Francisco wants to regulate new technology testing in public places after banning face recognition and electronic cigarettes
Shenzhen Passes Law to Allow Autonomous Cars on City Roads
Hot news this week
Female graduate students leave school to give birth to the hot debate is hype? The husband has set up a webcast company
How much is 4G than 5G! Huawei Mate50 network speed detailed measurement 6799 yuan to buy explosion money?
It's hard to find a machine! Huawei Mate50's first sales: oxen can not buy the price of 10,000 yuan to grab the price
Huawei City's proportion is the first! Survey: Northerners love to use folding screens more than southerners
Our global car he is a special car for China! Saic Volkswagen and FAW-Volkswagen are fighting each other
Chongqing Xiaomi Consumer Finance Co LTD has been fined 500,000 yuan for misappropriating consumer loan funds
Are they really aliens? The US Navy confirms there are multiple UFO videos: but they cannot be made public
The second phase of the main structure of Xiaomi intelligent factory is completed to see the delivery at the end of next year
In order to change the iPhone 14: Women's net red sells old phones and comes with a large number of private photos
"Sheep a sheep" fire, is expected to attract hundreds of millions of financing? But it doesn't have a license...
The most popular news this week
Is Boeing envy? China Holy Purchase 332 Air Passenger Aircraft and China assembly 600th delivery
115 Web disk V30 version released: LOGO big change one -click backup WeChat content
Foxconn dismantles production line! The worst iPhone 14 sales ever: Apple failed
China's first pure electric convertible! Wuling Hongguang MINI EV Convertible Edition Listing: 99,900 yuan
Samsung applying for a dual -screen camera patent to support face recognition
There's a tidal wave of lying down, and ceos of big American companies are worried, saying, "Never seen anything like this."
Tesla sales response "disguised price reduction of 8000 yuan" : for the end of the quarter impulse, temporary activities
Apple iPhone 14 standard version is not good for sales, Lixun precision may face the risk of ordering orders
Billions of euros in investment, Intel Italy chip factory will be located in the Veneto region, sources said
China Mobile to develop 5G Tidal Smart Antenna: Where the crowd