By the Q4 quarter of this year, Intel has officially produced 32-nm process for 10 years. In 2009, Intel was still very invincible in CPU processor architecture and technology. Nehalem launched in 2008 laid the foundation for the next few years, and Friends and Businessmen had no strength to return at that time.

Compared with the previous 45-nm process, 32-nm process has many advantages. HKMG material is used for the first time, which greatly improves the performance. The SRAM area is reduced from 0.346 Um2 of 45-nm to 0.171 um2, the transistor density lifting band is 7MTr/mm2, and the transistor performance is improved by 22%.。 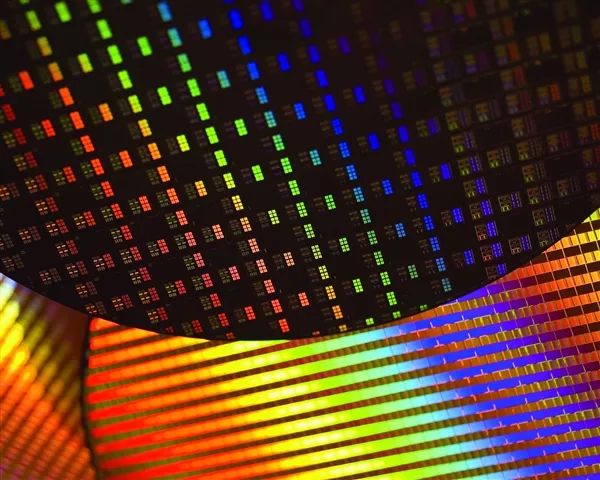 Although Intel launched the 10nm Ice Lake processor this year, there is only a low-power mobile version, and the high-performance desktop version is uncertain. The next generation of desktop Core is Comet Lake with 14nm technology, up to 10 cores and 20 threads. The supporting motherboard has also become a 400-series chipset and LGA1200 interface.

According to the previous explosions, 400 series chipsets should be released in Q1 and Q2 next year. There are at least Z490, H470, Q470, B460 and H410 series, which will basically replace the current 300 series chipsets.

In these motherboards,There are 8 flagship Z490 motherboards, 11 mainstream B460 motherboards and 12 entry-level H410 motherboards.It can be said that Gigabyte has made great efforts on the 400-series motherboard, and chipsets of different grades have prepared a lot of models. It is obvious that Gigabyte is very optimistic about the business opportunity of replacing the LGA1200 slot for the next generation of processors. 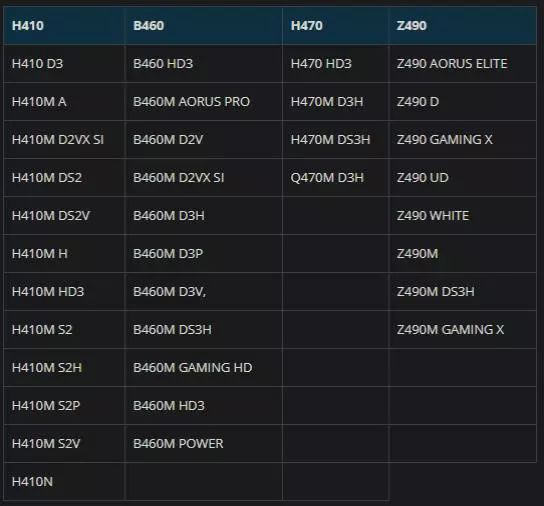 Comet Lake-S, the 10-generation Core Desktop Edition, will be paired with a new 400-series chipset, which has been confirmed on previous Comet Lake-U mobile low-voltage platforms. According to the registration information, the desktop 400-series chipset will have Z490, Q470, H470, B460 and H410. 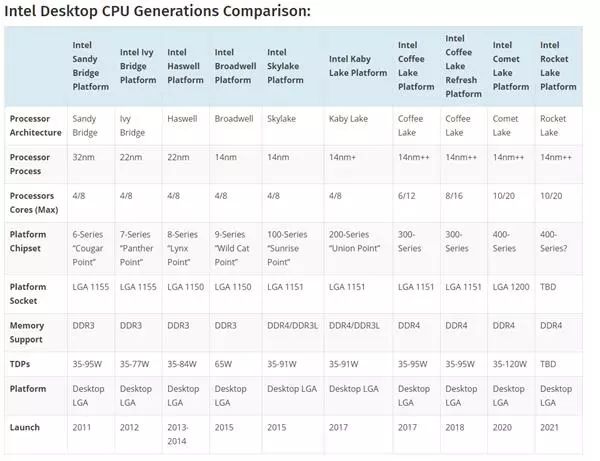 Another good news is that desktop version 10 Core will turn on hyperthreading, whether i3, i5 or i7, i9.

After Comet Lake-S, it is expected that there will be a 14-nm processor code-named Rocket Lake, which also has a maximum of 10 core 20 threads. 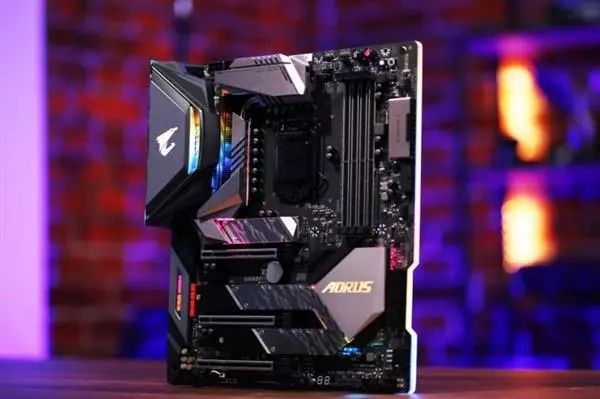 Related news
Intel officially released 10 generations of Core Rui: 10nm has finally become!
Intel CEO promises 7nm launch within two years: 10nm delay is due to technical goals are too radical
Intel soul torture: 14nm is not good?
The 10th anniversary of Intel 32nm process production! 14nm will take at least two years
Intel roadmap: 14 nm will take up to 2021, 7 nm and three more years
Intel's second quarter revenue of $19.7 billion
Hot news this week
Zhao Lijian responded to the British "blocking" Huawei: generalizing the concept of national security harms others and harms themselves
Zhao lijian said the UK's decision to block Huawei under PRESSURE from the US was damaging others and not benefiting itself
Behind Microsoft's acquisition of Blizzard: Intended to build a super game carrier, SONY is the most hurt
Behind the exposed layoffs, China has praised the loss growth, and the stock price has fallen 67% in three months.
Microsoft's $68.7 billion acquisition of Activision Blizzard became the largest acquisition in the company's history
Mediatek's 40% share topped the mobile SoC market, leading for six consecutive quarters, followed by Qualcomm and Apple
Scissor doors, lifting lidar! Baidu car under the blood cost of the concept car details were first exposed
The largest transaction in Microsoft's history! Hao Zhi 436.1 billion cash acquisition moving blizzard
Cait: it is not recommended to take quarantine measures directly for travel card users with asterisks
Huawei applied for the Tianchi trademark again, and the international classification is scientific instruments and website services
The most popular news this week
Doctors in the United States have announced the successful transplant of two pig kidneys into brain-dead patients
The "pain" of the tech billionaire a week: Musk evaporated 160 billion yuan Bezos second will lose
IBM sells Watson Healthcare's data analytics assets consultancy: it is less competitive than other giants
NetEase Cloud Music to the regulatory authorities reported "fake" song washing and other unfair competition
Angry Bird 2 has been removed from the Apple Mall, when is back to uncertain
Amazon shares plunged 12 percent this week for the worst weekly performance since 2018
B Station 2021 Hundreds of UP Lord Awards: UP master hand-made Samsung Pile Gold Mask is best
Huawei Mate 50 meal rendering drawing out: actually hit the face millet 12 Ultra
iPhone 13 serious rollover screen can't see! Apple is anxious
Total supervision! 4 departments to carry out guidance for 11 leading enterprises such as Cargo Lala and Tencent