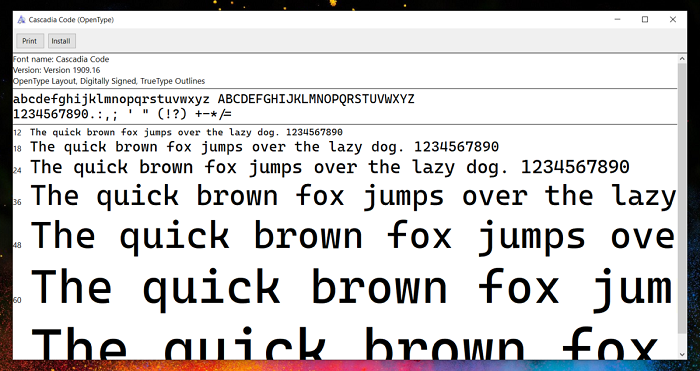 In addition, Microsoft has also developed free fonts that can be tested immediately on Github, and you are welcome to continue contributing to this project.

It is reported that Cascadia Code is with the new edition.WindowsTerminal applications are developed jointly, so it is officially recommended that the font be used with text editors such as Windows Terminal and Visual Studio/VS Code. 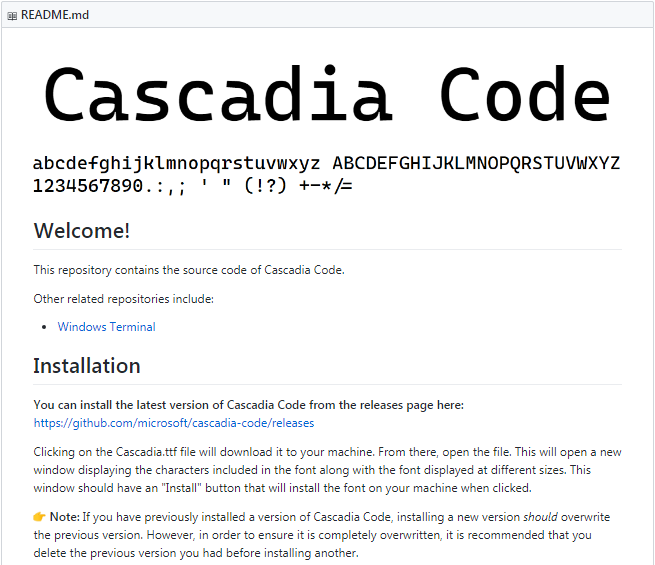 Kayla Cinnamon, project manager of Microsoft Windows terminal, console and command line, said: Cascadia Code is very suitable for the programming environment of running clouds and running water, because it creates new fonts by combining characters, which helps to improve the readability and friendliness of the code.

If you don't want to move to Github to watch and learn "one-stop", you can also take a relatively simple path, because the company also shares TTF font files that can be downloaded and installed directly.