What experience does CRT display have in playing modern games? Foreign Media: No 4K LCD 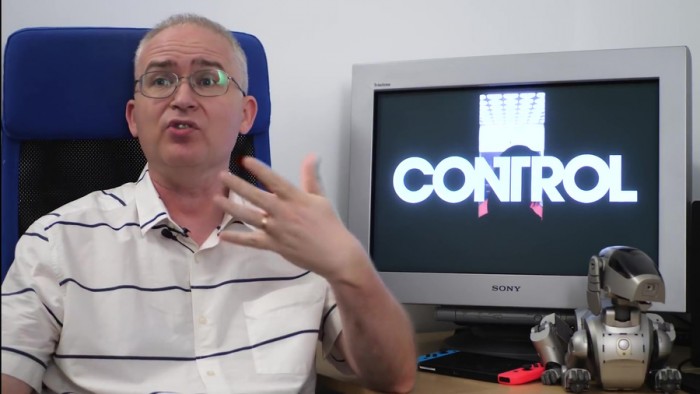 The principle of CRT is that, unlike today's TFT-LCD, CRT uses polymer materials, i.e. liquid crystals, to control the passage of light. Instead, it uses electron beams. The speed of electron beams is the speed of light, so CRT has almost no response time, so it is very suitable for game applications. More than a decade ago, after LCD has become popular, CRT can still be seen in many electronic sports arenas. The reason is that CRT is very powerful in game applications. 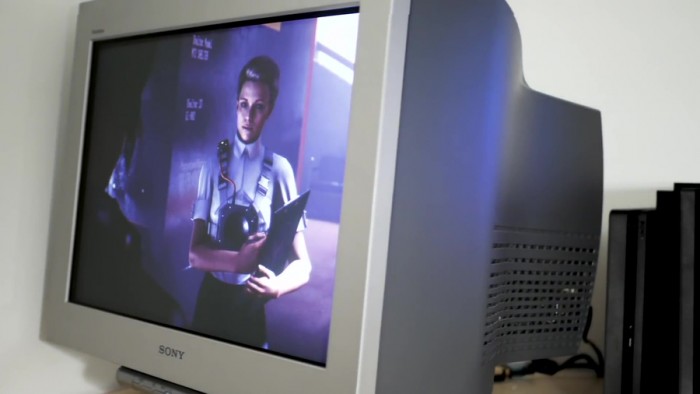 Back to the point, DF bought a Sony Delong FW900 from the market. The screen size of this 22.5 inch CRT can reach the highest resolution of 2560x1660, which is 16:10 scale version of 1440p. At such high resolution, the CRT can also maintain a refresh rate of 60Hz, demonstrating its powerful performance. With a slight reduction of resolution to 2304 x 1440, it can run 80 Hz. Under this refresh rate, it is very difficult for the human eye to feel the scanning line of CRT. Its maximum refresh rate can reach 160 Hz, even exceeding the current number of 144 Hz LCDs.

For LCD, when using non-panel native resolution display screen, because there is no point-to-point, it will use the algorithm to stretch. For example, displaying 1080p on the display with 1440p native resolution will produce many sub-pixels, which will affect the effect of the screen. CRT does not have this problem, the resolution is arbitrary pull, even if the actual effect of a relatively low resolution is acceptable. This allows for a slightly lower resolution and higher quality options when playing games.

On the other hand, the characteristics of LCD panel make it blurred when displaying dynamic pictures, which is caused by the physical characteristics of liquid crystal. It is almost impossible to eradicate the problem. CRT can be said to be completely unaffected by this problem. In high-speed dynamic pictures, the performance of CRT is far better than that of LCD. "Even 768P resolution may be comparable4KLCD provides more dynamic details. 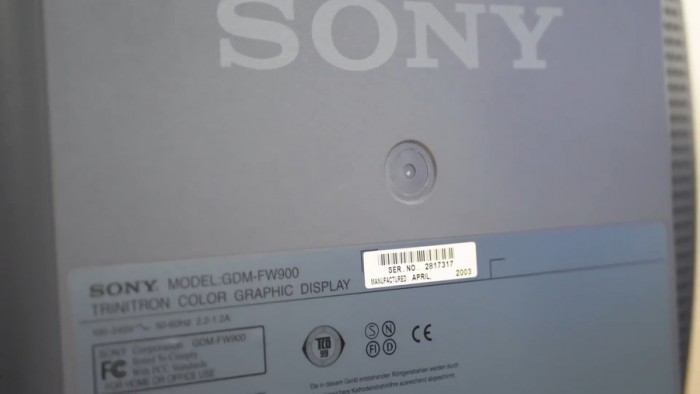 Today PC hardware can provide higher refresh rate for old CRT monitors, which is very useful for them. Of course, the disadvantages of CRT are also very obvious. It's too big. The Sony Lirong FW900 bought by Mao She covers an area of about 60 cm x 55 cm, which seems unacceptable today. In addition, it weighs 42 kg. These two factors are also the main reasons for the elimination of CRT. Because today's consumer-grade CRTs are already out of production, modern hardware is not very friendly to these antiques, such as interface problems.

Said so many advantages and disadvantages of CRT, Mao Shu actually took the picture of running "Control" with this Sony Terry FW900, but it is difficult to feel the difference in the video, but it is more obvious that the picture after the resolution reduction still looks great. Many details still need to be personally experienced to find the good CRT, but it is very important to know that in the second-hand market in many parts of Europe and the United States, it is not difficult to pick up such a top-level CRT, and it is very cheap. But the domestic environment is different...

But for gamers, CRT is really a treasure. Today's LCD is still trying to catch up with that year's CRT in many ways, even after it has been eliminated by the market for so many years, we can see that it is really advanced in some aspects.

Related news
What experience does CRT display have in playing modern games? Foreign Media: No 4K LCD
Samsung quit LCD industry in an all-round way. Has LCD gone?
Samsung's liquid crystal panel workers have been diverted from LCD production
Hot news this week
Meet the opportunity of the times: the omni channel era of mobile communication in the eyes of practitioners
Three major operators will delist from the United States: the United States seriously undermines normal market rules and order
Can new crown vaccination affect sperm? The scientists concluded that there was no substantial effect
It is said that India has not approved the import of WiFi modules from China, and many companies have delayed the launch of new products
Qualcomm Mengpu: Qualcomm has always been the role of technology empowerer, enabling various industries with 5g and AI
It's an "irreversible" three pole battle of automatic driving, with Dajiang's entry, Huawei's attack and Baidu's insistence
The brand strategy of Jingdong life service of consumer Expo has been continuously completed, and the three kilometer life service circle category has been further expanded
Do you have to pay taxes for the high popularity rate? Chinese electric vehicle companies vie to enter Norwegian Market
"Milk pouring video" arouses public anger, iqiyi apologizes publicly: close all power channels of "youth has you 3"
2021 survey report on employment of rural women in China: more and more rural women are employed at home, and 60% of the respondents say they will wear light make-up when they go out
The most popular news this week
Jingdong Logistics has 260000 employees, with an average monthly expenditure of nearly 9000 yuan
Refuse to light up card: AMD Navi 24 small core also has 1024 stream processors
The host of the game peed in the hot water bottle of the hotel and threatened to give the next guest a drink
Indian doctors warn that cow dung treatment is ineffective: it could also complicate the epidemic
New release of hardware dog: graphics card runs more accurately
Small and medium sized businesses accelerate digital upgrading, Ali's annual Gmv growth exceeds trillion
Qiya coin hard disk mining hot: Weigang SSD sales soared 5 times
IPhone users change Xiaomi 11 ultra in five years
Why is the number of fan blades odd? How good are the leaves or how few are the leaves?
April new energy vehicle sales announced! Tesla's self performance is bright