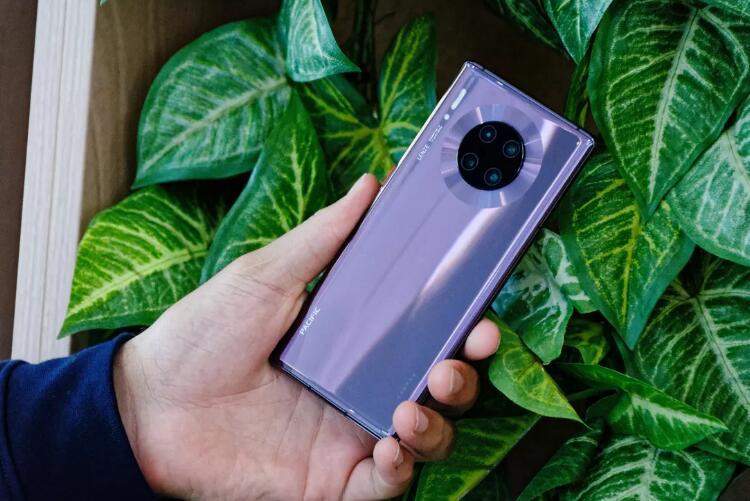 NetEase Technology News, September 20 news, according to foreign media reports, without the strong support of Google's Android operating system, Huawei can still make great mobile phones? We will soon find the answer to the question.

Huawei unveiled its latest flagship phones, Mate 30 and Mate 30 Pro., in Munich, Germany, on Thursday. The phones will be equipped with state-of-the-art hardware, including four rear cameras, but are not fully supported by the Android operating system. Mate 30 phones are based on open source Android, which means they are still similar to Android. However, they don't have Google services or apps: no Google Maps, no Google Chrome, and most importantly, no Google App Store (Play Store).

Instead, users will browse the web through Huawei browsers and download applications through Huawei AppGallery. According to Huawei, AppGallery has about 45000 apps, compared with an estimated 2.7 million in Google's App Store. Google typically authorizes handset makers to use its latest version of Android, and the current Android 10.Mate 30 will switch to open source Android and run EMUI10. This is Huawei's user interface, similar to Google's Android 10. This means Huawei will be able to secure the Mate 30 only when the open source Android system is upgraded.

For Huawei, Mate 30 came at a difficult time: the U.S. Department of Commerce blacklisted it in May, and Alphabet, the parent company of Google, subsequently revoked Huawei's Android license, so Huawei could only use open source Android. Huawei's new phones, especially Mate 30 Pro, will compete with Apple's new iPhone 11 and 11 Pro, Samsung's Galaxy Note 10 and the upcoming Google Pixel 4 release on October 15.

The initial impression that Mate 30 and Mate 30 Pro leave to the reviewers is that their user interface seems exactly the same as that of P30 Pro, but there is a clear lack of support for Google applications. Of course, this does not mean that Huawei's mobile phones are not good enough, but we have to see if Huawei's alternatives can fill the gaps left by Google's applications and services. 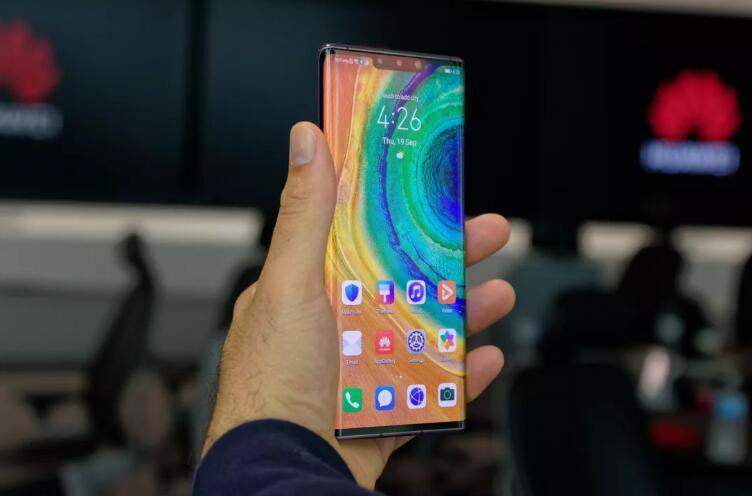 Apple is trying to promote its iPhone 11 Pro, which has three cameras on its back. Huawei surpasses Apple in this regard, with Mate 30 Pro equipped with four rear cameras. The design looks crazy, but it's not the first device of its kind in the world. Huawei did the same on Mate 20 Pro in 2018 and P30 Pro this year.

Mate 30 Pro's four camera settings include a 40-megapixel camera, a 40-megapixel ultra wide-angle camera, an 8-megapixel long-focus lens and a time-of-flight sensor (ToF), which helps to increase the depth of the photo.

These cameras are assisted by Kirin 990 processor. Huawei says its BM3D algorithm can reduce noise by 30%. In terms of video, Huawei places special emphasis on slow motion technology. You can slow down to 7680 frames per second. The Mate 30 camera is not so advanced, but it's still great, with 16 megapixel cameras and 40 megapixel ultra-wide lenses.

In the aspect of display, the Mate 30 Pro configures the 6.53-inch OLED screen, and the border is in the shape of a curve. This curve is called a 88-degree supercurve by Huawei, not just for better presentation. Mate 30 Pro has screen-down control functions, such as volume control. for a game player, there is also a particularly good message:

Mate 30 Pro is equipped with 4500 mA batteries, which Huawei claims will support heavy users for two days. The phone is equipped with a fast charger and the company says it can increase battery power from zero to 70 percent in 30 minutes. It is also compatible with Huawei's 27-watt wireless charger, which charges twice as fast as standard chargers. Finally, reverse charging comes back, allowing you to use Mate 30 Pro as a wireless charger to charge other devices.

Huawei said at the launch that compared with Samsung Galaxy Note 10 Plus 5G, the Mate 30 Pro 5G model has the longest 5G battery life and better 5G cooling system. Huawei also launched a Mate 30RS Porsche design version featuring leather covering on the back of the phone and 512GB of storage space.

If Huawei can integrate its ecosystem and fill the gaps that lack Android support, Mate 30 Pro will be a great phone. (small)<#comment>

Related news
Foreign Media Review Huawei Mate 30 Pro: Hardware Superb Software makes users hesitate.
Amd users can now download the radeon software through the Microsoft Store (Figure)
Hot news this week
Biden signed a chip and scientific bill, a video call of WeChat iOS internal test suspension window, the advanced CPU caused Win11 to be difficult to use, Huawei new machines enter...
How to regulate the "broken card" operation to crack down on electrical fraud to prevent "accidental injuries" with cards?
Musk's eyes! Lei Jun released a full -size humanoid robot Xiaomi self -developed strength explosion table
Japan has confirmed that China has overtaken the US for the first time in the world's top three indicators of scientific papers
iPad 10 will be absent from iPhone 14 conference: October appeared on Apple's last non -comprehensive tablet tablet!
Kuaishou TOB business Yu Bing: Self -developed chips or mass production after the end of the year, the video must be turned into light industry
The three major indexes of the US stocks opened sharply: ROBLOX fell more than 4%, Twitter and Tesla rose more than 3%
The global streaming media have increased the animation circuit is becoming a new "breakthrough" for Youaiteng
After selling Tesla for $6.9 billion, Musk said he was not selling it, but a survey said he was still selling it. The title of the world's richest man may not be guaranteed next ye...
Meizu Pandaer Great: All products are reduced by 200 and 30 -containing mobile phone cases, heat dissipation back clamps
The most popular news this week
The survey shows that nearly half of the US Android users consider changing Apple iPhone
New bottle of old wine! Industry insiders: No one has the best cost control than Apple
Amazon requires US regulators to withdraw votes: bypassing the company's harassment of Bezos to disturb operations
Pet dog infecting monkey acne suspected "Human Poor" American CDC Reform Control Guide
Space Launch System to Fly for First Time
Tencent's second-quarter net profit fell 56% from a year earlier to 18.6 billion yuan
Fabless customers cut back on chip orders affecting Q4 capacity utilization
Washington's suspicion of TIKTOK exacerbated: How will the Bayeon government weigh it?
Pinduoduo launched its cross-border e-commerce platform in the United States in September
Put an SSD in your phone: from 2,499 yuan