Original title: iFixit disassembly confirms that the iPhone 11 Pro Max uses 4 GB memory particles and does not reserve extra memory for the camera

There are two previous theories about the actual memory size of iPhone 11 Pro and iPhone 11 Pro Max. The first is 4GB memory identified by running software, and the second is rumored, including 6GB. A few days ago, Xcode's iPhone 11 Pro simulator also gave 4GB memory, but some developers said they had heard from others that iPhone 11 Pro had reserved 2GB memory for hardware such as cameras that were invisible to users. Last night, iFixit got the iPhone 11 Pro Max and disassembled it. 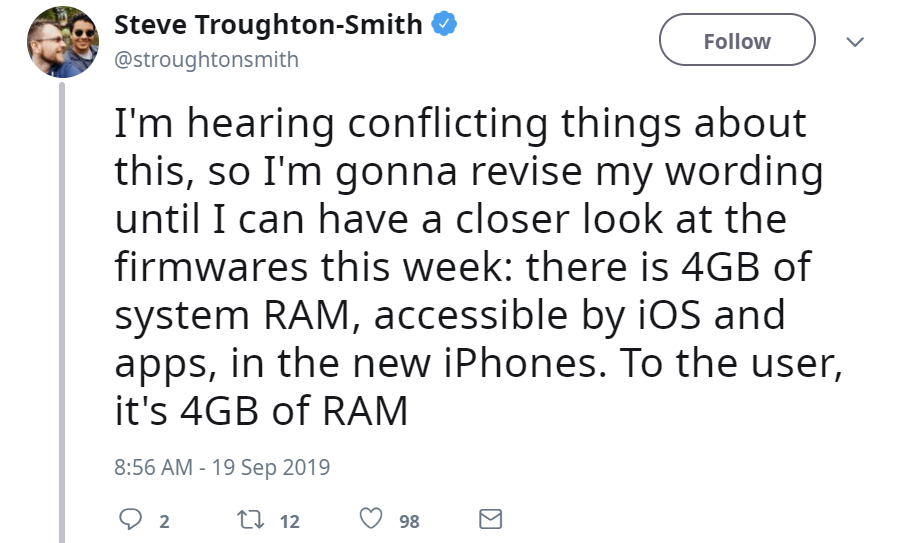 In the iFixit final disassembly report, the LPDDR4X memory particles used on the iPhone 11 Pro Max came from SK Hercules, model H9 HKNNCRMM VDR / NEH, but at SK Herculesofficial websiteInformation about this model of particles could not be found on. 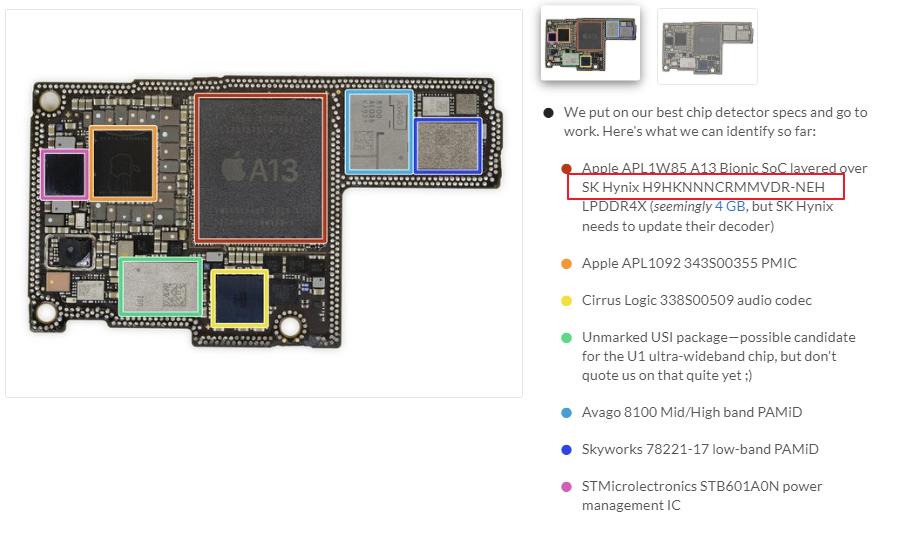 Fortunately, officials directly provide a guide to model interpretation, from which you can see the eighth and ninth digits describing the particle's capacity and stacking, number of channels, and so on. 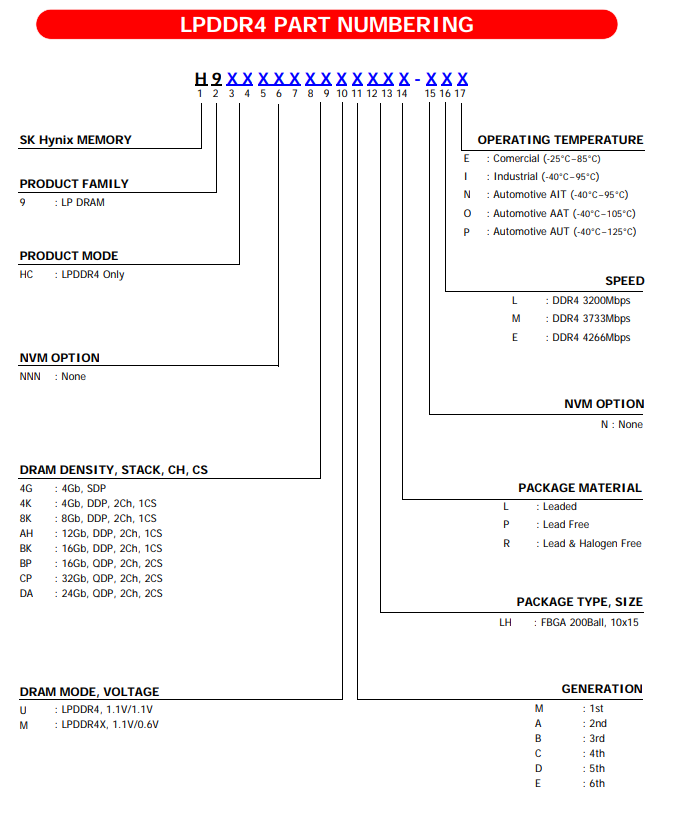 Compared with several particle models provided on the official website, it is not difficult to find that position 8 is used to describe particle capacity, 4 refers to 4GB, 8 refers to 8GB, and so on, A is 12GB, B is 16GB, C is 32GB, D is 24GB. Go back to the particle model used by the iPhone 11 Pro MaxThe eighth position of RMMVDR-NEH, is C, which, according to the naming principle, represents a particle capacity of 32 GB, that is, 4 GB. In addition, according to the model, the memory specification on iPhone 11 Pro Max can be determined to be LPDDR4X 4266. it is also the highest speed of LPDDR4X at present.

So the iPhone 11 Pro Max doesn't leave extra memory for the camera. It uses a total of 4 GB of system memory just like normal applications. Four cameras and Deep Fusion are all memory-hungry applications that will be updated in the future. I hope Apple can optimize enough at the system level. Companies that claim user experience as the primary principle can't undermine the good user experience because of memory size limitations.