The price of 5G mobile phone can be reduced by increasing the speed of 5G independent network. 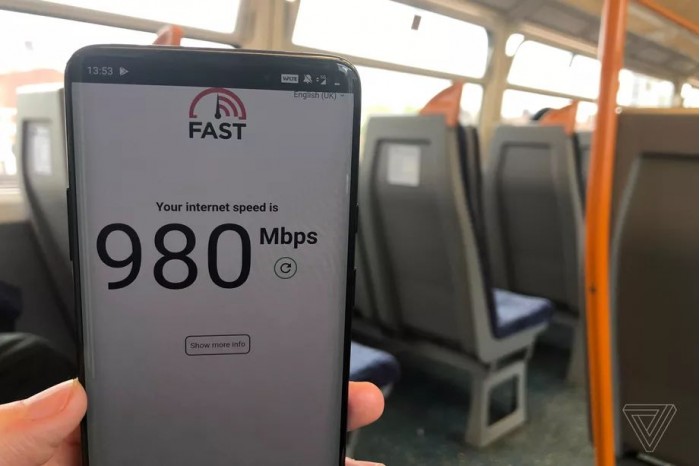 According to the survey, consumers for 5GMobile phoneThe awareness rate is up to 92.4%, of which 67.8% of consumers have the will to replace the 5G mobile phone. For 5G, the consumer mainly takes care of the speed of 5G, and expects more rich application scenes.

On September 20, Miao Wei, Minister of Industry and Information Technology, said at a new conference of the State Administration of Industry and Information Technology that mobile phones can reflect 5G performance need to rely on an independent 5G network (SA), rather than a non-independent networking product (NSA) based on a 4G core network. It is expected that next year China will officially invest large-scale in the construction of 5G network with independent networking.

In contrast to the 3G-to-4G era, 4G-to-5G is no longer an integral type of the core network and the radio access network, but the two are disassembled, including the N.S. A. (non-independent networking) and the SA (independent networking) deployment mode. For now, the N.S. A. is equivalent to a portion of the 5G technology on a 4G network, which can be understood as a "5G transition scheme", while the SA is a network system that is completely re-established in accordance with the 5G standard.

On the "Tianfu Intelligent Ecological Expo", China Telecom once again made clear the direction of the 5G network construction of SA (independent networking). GSMA, chairman of China Telecom, said that the GSMA (Global System for Mobile Communications), GSMA, announced that the global 5G industry, led by China Telecom, co-established the <5 g="" sa="" deployment="">

In addition to China Telecom, China Unicom has also made it clear that it will build a 5G network based on the 5G independent networking (SA) standard, continue to promote 5G key technology breakthroughs, and actively promote the maturity of R16 standard protocol and SA (independent networking) network equipment and terminals.

The price of 5G mobile phone will be as low as 1000 yuan next year.

For the specific price of the 5G package, the chairman of China Unicom, Wang Xiaochu, said that on November 22 this year, the Unicom 5G package was mainly carried out in the way of adding the function package, and the minimum package was 190 yuan per month. It is reported that the price of each gear in the 5G package of the telecommunication is also basically determined, and it is expected to be from 199 yuan to 599 yuan. China Mobile has not yet disclosed the specific price of the 5G package, and the industry is expected to be at least 200 yuan for the 5-G package of China Mobile.

Previously, Li Huiyi, vice president of China Mobile Communications Group Co., Ltd., also made clear that China Mobile will push the price of 5G chip and terminal to be quick, and launch the 5 G mobile phone from 1000 yuan to 2000 yuan by the end of 2020 to realize the collaborative development of the high, middle and low end 5G products.

According to the data released by the Ministry of Industry and Information Technology, at present, about 20 5G mobile phones can be listed. By the end of the year, more 5G devices and terminals have entered a mature stage.

Related news
How long will it be before 5G licenses are finally issued?
Huawei's two new 5G products: 4G mobile phones can also use 5G network?
5G tariff "cabbage price" is dreaming? China Telecom 5G Experience Package: 100G per month!
The price of 5G mobile phone can be reduced by increasing the speed of 5G independent network.
Yes! 5g package is officially commercially available: Huawei mate30 series 5g version is available on the same day
5g people friendly mobile phone appears intensively in Xiaolong 765, helping 5g popularization
Which 5g baseband is strong? Qualcomm 5g baseband brings you to know!!
Handmade Geng "invented" grape eating mobile phone stand
The download speed of 5g network in the United States is only 1.8 times faster than that of 4G network
Multi level sinking of flagship features of Qualcomm 5g chip snapdragon 888 promotes the popularity of 5g mobile phones
Hot news this week
A small plane in the US has crashed into a 30-metre high voltage power line and got stuck: 80,000 people affected
Can recording others' wechat chat records be used as evidence? The Beijing Internet Court has an answer
Alibaba launched a new cross-border e-commerce platform in Spain, aiming to operate independently in the middle and high-end market
It's not just Huawei! Beidou has penetrated more than 20 industries and applied more than 15.5 million products
When pure water is used in China team to solve the problem of seawater hydrogen production: it is expected to become an original industry
A Tesla crashed into two cars in Taizhou, Zhejiang province, killing two and injuring one, police said
Breaking the spell of "Android 3 year must card", the new Breguet mobile phone will be sold for the first time tomorrow: from RMB3499
The appearance of Xiaomi's mini console is revealed for the first time: an all-metal body with a strong apple smell
Be careful with your phone for a long time! The aunt played with her mobile phone so much that her fingers got stuck
Google's Project Zero team accuses vendors of slacking after ARM GPU bug exposes Android upgrade woes
The most popular news this week
Why is the Apple Pencil 2 not supported? iFixit takes apart the iPad 10 to find out
Zte's experience proves that there is no way out of appeasement and peace can only be fought out
China's growing presence in the global high-tech sector is unacceptable to the US
Us to investigate Lapsus$hack, Microsoft, Nvidia and others were breached
From January to October this year, the number of global travel app downloads approached 2 billion, with China's Amap, Baidu Map and Railway 12306 taking the top three places
With the acquisition of Pulse, Mozilla will develop a new approach to machine learning
Did the United States achieve its goal? More than 40 suppliers went to the United States with TSMC
Microsoft may not be able to offer its Microsoft 365 service in German schools after two years of efforts failed
A record $50 million in compensation! In the final judgment of the dispute over the infringement of Minecraft by Mini-World, NetEase won the lawsuit
Manufacturers like Samsung and Xiaomi have been affected. Google has revealed a dangerous flaw that threatens millions of Android devices