How does iOS 13 work on iPhone 6S and SE 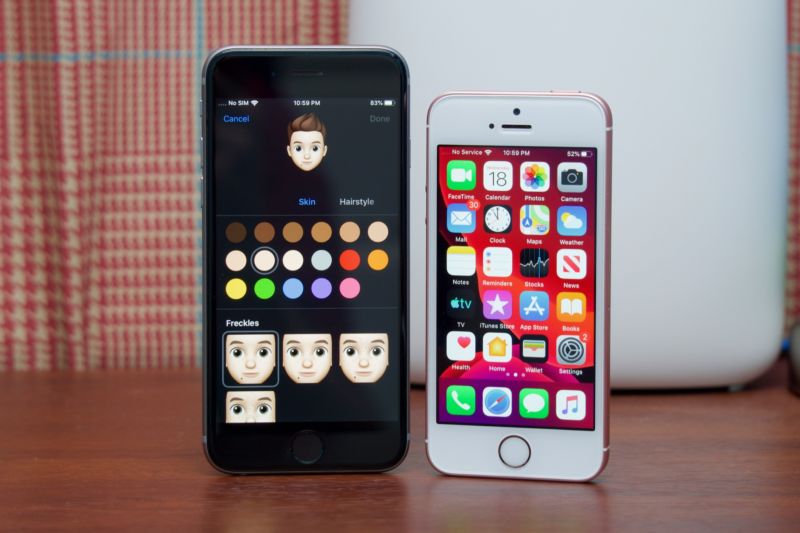 After the iOS 12 has been highly praised to bring a smoother system operation for the older iPhone, iOS 13 is actually doing well, at least from the iPhone 6S and iPhoneSE, the A9 processor is still a fairly modern processor, despite Apple's A13 this year.

To test this performance, we upgraded iOS 13 to the iCloud account for testing. Each application opens three times and averages the results. If the process of opening an application and waiting for loading is slow, it usually means that the rest of the phone (including waiting for the keyboard to pop up, waiting for page loading and other tasks) will also slow down, especially when you download more content and connect to more accounts.

In the test, running iOS 13 on both older phones was basically slower than running iOS 12, of course, many of them were just a few seconds apart, with almost average performance. Some of the differences look big because the base time is already short and the percentage is increased (such as Safari and TV), but you don't actually feel much when you use it.

It's not surprising that A9 runs iOS 13 well. The chip has become the cornerstone of some of the new features Apple has introduced in recent years, including all AR features and support for HEIF, HEVC image and video formats. A9 is also Apple's last processor that doesn't use a combination of a large, efficient core and a small, energy-efficient core. It's still a fairly modern processor in terms of original performance and hardware functionality.

Regardless of the difference between iOS 12 and iOS 13 running on the same hardware, running iOS 13 on 6S and SE still feels faster than running iOS 12 on iPhone 5S or iPhone 6, and you have to wait for maps, televisions, and App Store applications that load more content than faster phones such as iPhone XR).

But the biggest limitation of the old iPhone over running new systems across generations is the physical wear and tear of the battery itself. The 6S we used to test iOS 13 works well with the operating system, but even if we replace the original battery, we have to charge it every day. The battery life of 6S and 6S Plus is worse than that of the iPhone XR.

For the iPhone SE, which has always been the best in the battery sector, its compact model and small screen may be something many people like, but Apple obviously doesn't want to think too much about small screens on the operating system.

Today, a large number of iOS and App operations are built on the basis of the iPhone 6S and 6S Plus, adapted to 4.7-inch and 5.5-inch screens, and continue to adjust as the size of the subsequent iPhone screen changes. On the iPhone SE, iOS 13 does not consider small screen readability (such as text, images and icons) in most cases, and the display objects are reduced or reduced altogether. Of course, this is only a visual adaptability problem, if you have been using small screen, it will not affect the use of basic.

Through such testing and summary, we would like to say that under normal circumstances, the reason you upgrade your new iPhone should be to want a larger screen, a larger Face ID or a longer endurance, rather than because the old phone is running hard. For those who decide to switch to the iPhone 11, they can focus on the hardware advantages; if they want to continue using the old one, it's totally okay, and in essence it won't be much slower than the new one.
google