Netease has a flagship store

If successful IPO, NetEase youdao will be the first independent listed company in NetEase Department. 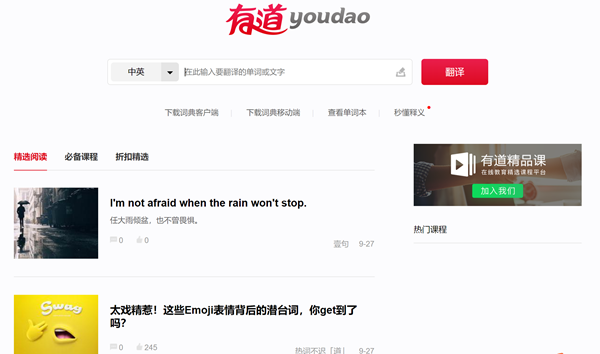 Average monthly life is over 100 million

Some CEO Zhou Feng met Netease founder Ding Lei in 2004. Among the stories circulated in the workshop, Zhou Feng was studying for a doctorate in the Department of Computer Science at the University of Berkeley, while Ding Lei was struggling to find a way to prevent spam for 163 mailboxes. One day, he read Zhou Feng's paper, Approximate Object Location and Spam Filtering in P2P System. Many contacts, Ding Lei found Zhou Feng. In 2005, encouraged by Ding Lei, Zhou Feng returned home to join Netease.

There is a way that Zhou Feng started his own business in Netease, starting from the search business. At one time, Ding Lei publicly expressed his hope that there would be "the first search engine in China in three years", and positioned search as one of the core business sectors of Netease. He hoped that it could become a basic technology, and integrate with Netease portal, mail, games and other major advantages, but the final results were not satisfactory.

Until 2013, 360 Search officially provided technical support for Channel Search. Although Zhou Feng at that time called this cooperation a "thorough transformation from Taodao to mobile Internet business", it also means that Netease, which has entered general search since 2006, has declared its strategic abandonment of search business.

Lost in the east corner harvest Sangyu. Unexpectedly, the unintentional "small and beautiful" project has a dictionary and later became a star product of Netease. With good user experience and reputation, Youdao Dictionary stood out in the competition with Jinshan Ciba and Tencent QQ Dictionary at that time, and then came out of Open Course of Netease and Netease Cloud Course.educationClass products. So far, youdao's products include youdao's premium courses as the carrier of the paid live course business; youdao dictionary, youdao mathematics, youdao music reading, youdao translation officer and more than 10 products composed of learning apps matrix; youdao translation king, youdao dictionary pen, youdao smart pen and other hardware composed of learning hardware matrix; youdao smart cloud as the representative of the AI infrastructure.

At the beginning of this year, Ding Lei, CEO of Netease, put forward that "games, e-commerce, education and music" will be the four major strategies of Netease, which is also the first time that education has been included in the group level strategy. Among them, Netease Weiyang, Netease Youdao and Netease Yunyun Music have completed financing as independent brands.

Before the IPO, Netease Youdao had made a public round of financing. In April 2018, Netease received its first strategic financing, led by Muhua Investment and joined by Junlian Capital, with a post-investment valuation of $1.120 billion. At that time, Zhou Feng said at the release meeting that Netease has a promising future and does not rule out direct listing.

In June of this year, Ding Lei, founder of Netease, and Zhou Feng, CEO of Netease Youdao, pledged several rounds of equity successively. Among them, Zhou Feng pledged Netease's stake of 14465,350,000 yuan on June 8, and then with Ding Lei pledged a total of 10 million yuan on June 17 and 20. The above pledges were made by Netease's Road Technology (Beijing) Co., Ltd., the main operator of the Road Translator. At that time, there was speculation that Netease had a way to prepare for listing in the United States.

In a conference call on Netease's second quarter earnings, Netease executives said that in online education, Netease has maintained strong growth, with an average monthly life of more than 100 million in the second quarter of 2019. 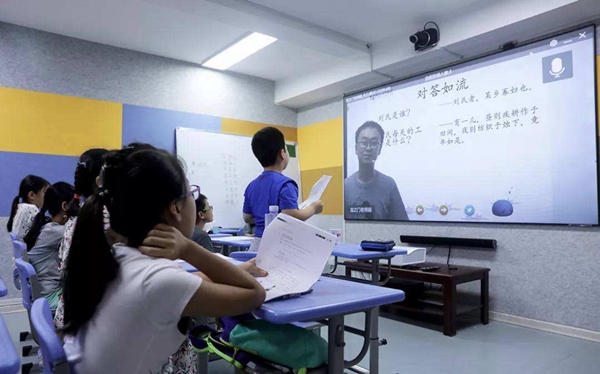 Reporters learned that Netease Group has three AI teams, one of which is owned by Tao, relying on Netease's strong technical background, focusing on Shuangshi large class live broadcasting business of Tao quality courses through the AI series of education ecology in the teaching, learning, training, testing, evaluation of various links, leading in the fields of live broadcast delay, content identification and processing.

"The technology can't change education, but technology can be an important solution for improving the learning system," said Wu Yinghui, a senior vice-president of the "From the writing job, the note, to the mathematics calculation, the examination paper correction, around the child's learning process, there is a very much study scene. In these scenarios, the way of learning has not changed over a thousand years, until artificial intelligence technology appears." network, in an interview with the first financial press.

However, the challenges faced by Netease can not be underestimated.

Driven by the Internet, China's online education industry has entered a rapid growth stage since 2013, and in 2017 through "live broadcast" to achieve industry scale realization. Since then, with the integration of resources, technological progress, regulatory tightening and the initial formation of a competitive pattern, has entered the initial stage of maturity.

In addition to the educational track, Netease's performance in other areas is also remarkable.

However, while Netease is listed on the market and Yunyun Music is financing smoothly, Ding Lei is also selling assets.

In September this year, Alibaba Group acquired Koala, a cross-border e-commerce platform owned by Netease, with a wholly-owned purchase of $2 billion. In December 2018, Station B announced that it had signed an acquisition agreement with Netease to acquire the main assets of Netease Comics, including App, website, some comic copyright and related rights and interests.