Global Foundries, the second largest wafer manufacturer, seeks to be listed as soon as 2022 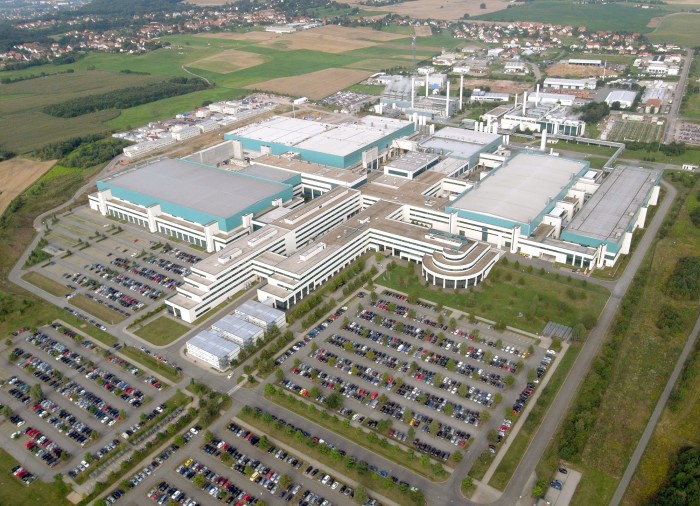 Because of this historical relationship, GF has always been called by playersAMDThe "girlfriend" of the two has long since disappeared and has become a pure monetary relationship. After GF announced its withdrawal from 7nm process research and production last year, AMD also transferred the 7nm order to TSMC. Now the 7nm Ruilong and Navi graphics cards are both TSMC contract workers. GF only retains 14 nm and 12 nm cooperation.

Without AMD, GF is also looking for a new direction of development. Since its establishment 10 years ago, GF has hardly made any profit. This way of burning money makes oil tyrants unable to afford it. Over the past two years, under the pressure of its parent company Mubadala, GF has carried out a series of reform measures. Its core goal is to reduce weight and increase profits. 。

For this reason, GF has sold many wafer factories and businesses. In January 2019, GF sold Singapore's Fab 3E 8-inch wafer factory to the world's advanced semiconductor under TSMC for $240 million. In February this year, there was a change in GF's plan to invest $10 billion in wafer factories in Chengdu, China. At present, the project is basically stalled.

In April, GF announced an agreement with Ansenmei to sell its Fab 1012 inch wafer factory in New York to Ansenmei for $430 million.

After selling some of the wafer plants, GF announced in May that it had sold its ASIC business, Avera Semiconductor, to Marvell, which will pay GF $650 million in cash over the next 15 months, followed by an additional $90 million, a total of $740 million, and is expected to close the deal in fiscal year 2020.

GF does this for listing? In fact, the industry has long had an analysis, or sell themselves after the break-up, previously rumored that GF will be.SamsungAcquisitions, but the authorities have denied the sale, and even if Mubalala wants to get rid of GF, there are few companies with the ability to buy it – Chinese companies are in need of money and money, but the situation is the most unlikely.

If you can't sell it, you have to prepare for another way: IPO listing.CEO Thomas Caulfield, a GF company, revealed its idea of listing in an interview a few days ago, as soon as it went public in 2022.。

For GF, listing has many benefits, on the one hand, it can get huge capital financing, on the other hand, it can also improve the value of the company. After all, GF is the second largest wafer manufacturer in the world, and the strength is still there.

Related news
Large-scale advertising fraud? Google off the Baidu DO Global 46 applications
Large-scale advertising fraud? Google off the Baidu DO Global 46 applications
Qualcomm and HMD Global Signed 5G Multimode Global Patent Licensing Agreement
AMD's "ex-girlfriend" Global Foundries seeks to go public: expected to be completed by 2020
Chip maker GlobalFoundries carefully considered its 2022 IPO plan
Hot news this week
Behind the exposed layoffs, China has praised the loss growth, and the stock price has fallen 67% in three months.
The news said that the Wi-Fi7 chip uses a 7/6nm process to stimulate QFN packaging and aging testing needs
Alipay life channel 20 million people see Wufu Sheng Xiaoka lottery live, fans: difficult for the public
The U.S. government is introducing new policies to attract international students in fields like science and technology
The U.S. Senate Committee passed the tech antitrust bill, and giants such as Apple and Google rose to the challenge
It has been exposed that it will be acquired by Tencent: the Black Shark 5 game mobile phone is officially announced!
China has successfully developed the world's lowest power phase change memory: a thousand times lower than mainstream products
Microsoft Apple Meta seizes the XR market, the Samsung of the fillet folding screen mobile phone or wants to catch up
K50 e-sports edition opponent is coming! A new Chinese phone released in February: it claims to be the best gaming phone
Station B Bilibili 2021 Top 100 UP Main Selection: 63% of new entrants, double the proportion of scientific and technological knowledge
The most popular news this week
7 years! The classic control panel doesn't die: Windows 11 takes another step back
All color renderings of the Samsung Galaxy S22/Plus/Ultra flow out
Indian smartphone shipments increased by 12% of China's reputation points near 68% share Samsung plans to add code
Three months after launch, Microsoft is "happy" with Windows 11: more successful than previous systems
Google announces the abandonment of FLoC: launches a new Topics API to replace third-party cookies
Reveal the "land Probe 1 A star" space autopilot: "time and space revisit" to predict geological disasters
Circle of friends can send more than 9 pictures weChat iOS version 8.0.18 official version of the new content public
Douyin push incentive plan: carry forward China's excellent traditional culture
Common software is spitted in an amazing: mobile phone app memory
A rocket launched by the United States 7 years ago was about to hit the moon and self-destruct: the speed was staggering