How many people can the moon carry: the results are unpredictable

via:科技改变未来     time:2019/9/30 8:56:17     readed:8045
In 3000 AD, mankind had exhausted all the natural resources on earth, became a space race, and established a colony on the moon. The huge sealed dome spans the surface of the moon and houses hundreds of thousands of cities. The cold, grey Earth satellite somehow became the new home of mankind.

Of course, these are pure scientific fantasies. However, without a human alien colony, any vision of the future would be incomplete. The moon is the nearest celestial body to Earth, so it is most easily imagined as our future home. But is this vision consistent with reality? Will the moon one day become a hot place to live? If so, how many people can actually be supported by a harsh lunar environment?

However, how many people can be accommodated on the surface of the moon is quite different from how many people can survive on the surface of the moon. In this respect, the Moon is absolutely the "poor relative" of the Earth. "It's a fairly barren place," says Darby, a senior scientist at the Arizona Institute of Planetary Science. "Every species is seeking to expand its niche. But this new niche, the Moon, is very unhabitable for humans.

Unlike Earth, rainwater does not fall freely on the surface of the moon. More importantly, the moon also lacks an atmosphere that provides breathable air. The Earth's natural satellite also does not have an ecosystem ready to support agricultural development. In addition, the moon is particularly vulnerable to solar storms. An explosion on the sun's surface emits electromagnetic radiation, which the moon cannot deflect without the protection of a magnetic field. There is also a huge temperature difference on the surface of the moon, and the time between night and day is very long.

Take the air as an example. To feed the first hundreds of people on the moon, we must first transport air to the moon's surface, which can be achieved by pumping air into a sealed structure. Marcus Landgraf, manager of the European Space Agency's lunar program, said this seemed unsustainable, but in the short term, the approach was actually quite cost-effective. "at first people didn't need much air. For a long time, we didn't need to make air on the moon. We can bring air from Earth, "he said." the cost of transportation is still under control. "

However, if the population grows to tens of thousands, we need to synthesize oxygen on the moon, which will be a costly process. But Landgraff said the development of space exploration in the coming decades could make the process more economical. He argues that this is mainly because of the need for oxygen to propel spacecraft. If demand increases, "building oxygen generators on the moon for rocket propellants is more economically meaningful than providing people with drinking water and air." This will reduce the cost of oxygen production and make it easier for lunar residents to get breathable air.

So what about the water necessary for human life? Until decades ago, researchers thought the moon was completely dry. But later research found that there was an amazing amount of water on the surface of the moon. "We think that water was left over from the formation of the moon. We also know that comets are basically like dirty snowballs that periodically hit the surface of the moon, "Darby said." There is a lot of evidence that water ice still exists in the craters formed by comets hitting the surface of the moon. Another source of water, she says, is the solar wind roaring through space. These proton-carrying particles collide with electrons on the moon, forming hydrogen.

All this adds up to a considerable amount of lunar water, perhaps enough to feed a considerable number of people. We have developed a water recovery system on the International Space Station that can turn astronauts'shower water, urine and sweat water into drinking water. The system can even reclaim the moisture they breathe. On the moon, recycling technology can create a closed-loop water source for residents.

However, even if recycled, the reserves of these water are not unlimited. Recycling water over and over again does cause some losses, so reserves need to be replenished from time to time. In addition, Dell pointed out that it will take a lot of expensive energy to extract the moon's water by crushing the moon's rocks and digging ice out of the pit.

"My personal feeling is that the success of the colonization of the moon will depend on whether we can bring hydrogen there," Dell said. However, the cost of transporting hydrogen is also high: about $220,000 per kilogram. Without knowing how much water there is on the surface of the moon, it is difficult to estimate how many people the lunar base can support. But at least we know that it is possible to provide a relatively sustainable source of water for the moon. Landgraff estimates that lunar pioneers did not need to exploit the Moon's water resources for at least the first five to 10 years, because the first people to settle on the Moon probably had only a dozen people, and the cost of transporting the water they needed to the Moon and recycling it would not be too high.

For lunar agriculture, we can use "closed domes almost like ecosystems" to simulate the Earth's environmental conditions, Landgraf said. After a long period of sunshine and recycled water cultivation, lunar crops are likely to expand to feed thousands of people. A large number of studies have shown that it is feasible to grow crops in space.

Take me to the moon

There are still many unknowns about how human beings will achieve all this. In theory, the moon's natural resources can support the lives of thousands or even millions of people. So why doesn't anyone live on the moon and look at the earth up to now?

Randgraf said that the biggest obstacle to colonizing the moon is not necessarily the limitation of natural resources, but the huge cost of using spacecraft to send people to the moon. To achieve this goal more economically will require bolder technological leaps, such as the invention of space elevators. If we have these technologies, "it means that thousands of people can live on the moon," Landgraff said. "So water is not a limiting factor. It's transportation that limits us."

However, we still need to return to reality quickly: colonizing the moon is not yet the goal of our reality. Of course, we can think of the moon as the Ark of the Earth at the end of the earth, but at present, national space agencies do not see the moon as an outpost far from disaster, but as a research center, a potential base, from which other parts of the solar system can be explored.

Maybe we can find clues to how humans settled on the moon in Antarctica. Antarctica is probably the most lunar-like place on Earth. The number of people living there varies seasonally, with about 1,000 to 4,000 researchers. They live in a cold and dry environment and finish their work. Current research has also promoted plans for human settlement on the Moon. The more realistic idea of how many people will migrate to the Moon in the coming decades is that thousands of people, not millions or billions of people, will migrate to the Moon at a time.

Over time, Dell said, even the number of people studying Antarctica is likely to dwindle and be replaced by cheaper, more efficient robots. "with the progress of science and technology, there is little real need to send people to do scientific research," she said.

This does not mean that our dream of colonizing the moon is over. An important factor is that human beings have an irrepressible motivation to explore. This could push future generations to colonize the moon or use it as a transit point for other space exploration. "Humans are one of the few species that are constantly exploring, even if it's not necessary," Landgraff said. "We've been very successful in this strategy. Will we change that? I don't think so." 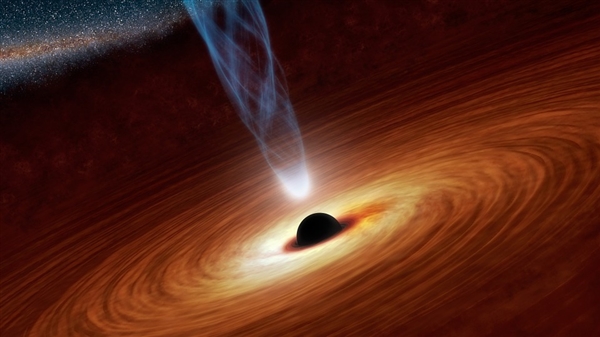 Related news
How can i get rid of Herpes outbreaks and symptoms (+2348163
{{^$SURE DEAL 100%$}+27670236199 HOW TO JOIN ILLUMINATI??
How to stop a divorce
+2349031459947 # HOW TO JOIN OCCULT WITHOUT HUMAN SACRIFICE
#/#+2348034806218## HOW TO JOIN ILLUMINATI FOR MONEY,POWER#/
¶∆¶+2348034806218¶∆¶HOW TO JOIN ILLUMINATI FOR WEALTH, FAME,
¶∆¶+2348034806218¶∆¶HOW TO JOIN ILLUMINATI FOR WEALTH IN DUB
HOW TO JOIN ILLUMINATI +27717917137whatsapp
#%2348026461693 I WANT HOW TO JOIN SECRET OCCULT FOR MONEY
DR BOB HAVE SAVE SO MANY MARRIAGE!!!CONTACT +2349153314547
Hot news this week
Sources say Penguin Random House's deal to buy Simon & Schuster has fallen through
Any chance of taking over the agency? Sources say Tencent has been in contact with Blizzard for at least a year
Blizzard's founder responded to NetEase's contract renewal: Cooperation is a two-way street, and we will do our best to make Blizzard games accessible to Chinese players
Ali suddenly released a new chip, the domestic chip breakthrough, abandoned the American chip fantasy
Better than Huawei or Apple? It is revealed that Samsung S23 uses satellite communication: can also space voice
Players recognized as the best of the year! The Old Man Ring won four awards at the 2022 Pension Rocker Awards
According to sources, TSMC replaced Samsung to win a large order of Tesla's assist driving FSD chip, based on the 4/5nm process
Today is the 18th anniversary of Blizzard's World of Warcraft: unfortunately, the national service will be discontinued in January
Jinshanyun reported revenue of 1.97 billion yuan in the third quarter, down 18.4 percent year on year
Xiaomi Q3 has not returned to the normal growth track. Wang Xiang: The idea of high-end strategic quick wins is incorrect
The most popular news this week
China AVS3 video, audio standards rise! 8K/4K/ mobile for the first time
AMD ripper is finally not lonely! Intel Fever U returns to 56 core hard carry 64 core
The price of Xiaomi 13 to 4,500 yuan has sparked heated debate among netizens: Should you buy Xiaomi at more than 4,000 yuan
Thunder online game accelerator announced that it will be officially suspended on December 1
With the NIL technology, Canon wants to provide China with a lithography machine comparable to the EUV
Wechat iOS version 8.0.31 private test update: Added the function of dragging pictures and videos to send with one key
AMD Zen4 12 core price record low! The cumulative price drop is 20%
Priceless metal is thrown away: One million scrap mobile phones can recycle 68 kilograms of gold
The world's first 6GHz! Intel's "Ashes Edition" arrives early: You're out of the sky
SONY loosen up! PlayStation's multi-year super exclusive is coming to PC