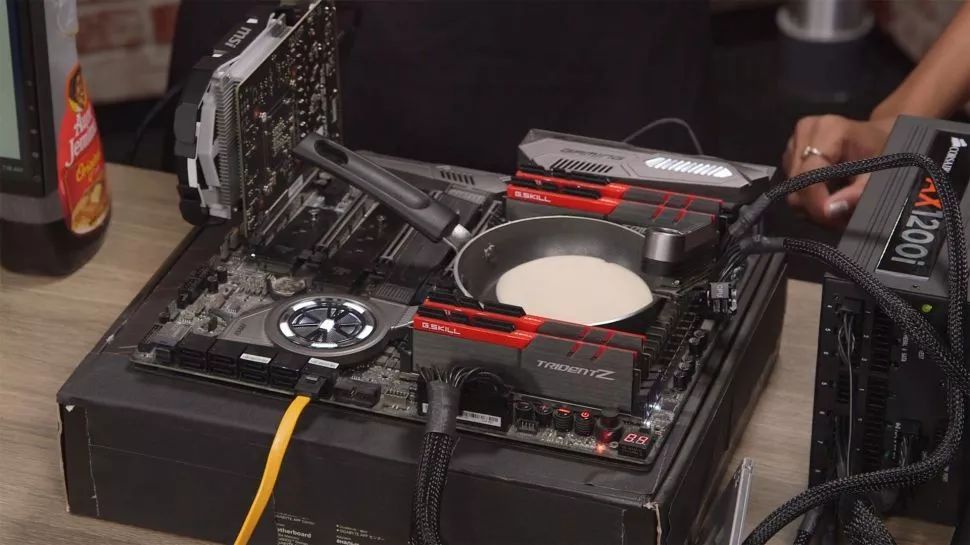 [Introduction to Xin Zhiyuan]AMD and Intel have been fighting and killing in CPU. Now, the new competition has turned to the field of gourmet cooking, which has been held by hardware websites that are not short of money abroad.

In the CPU camp black war, in addition to theoretical performance (running points), game performance (frame number) and price disputes, some of the more commonly used words are

However, it is basically a mouthpiece, after all, thousands of high-end CPU, who can really use it for barbecue ah? This is clearly not as good as the rich, idle eggs on the other side of the ocean.

The chips they use are Intel Core i9-9980XE and AMD Threadripper 2990WX, the former on the MSI X299 XPower game motherboard and the latter on the MSI MEG X 399 Creation motherboard. Both use the same GPU (Nvidia GeForce GTX 1050 for video output only) and the same power supply.

Comparison of hardware models used in this test 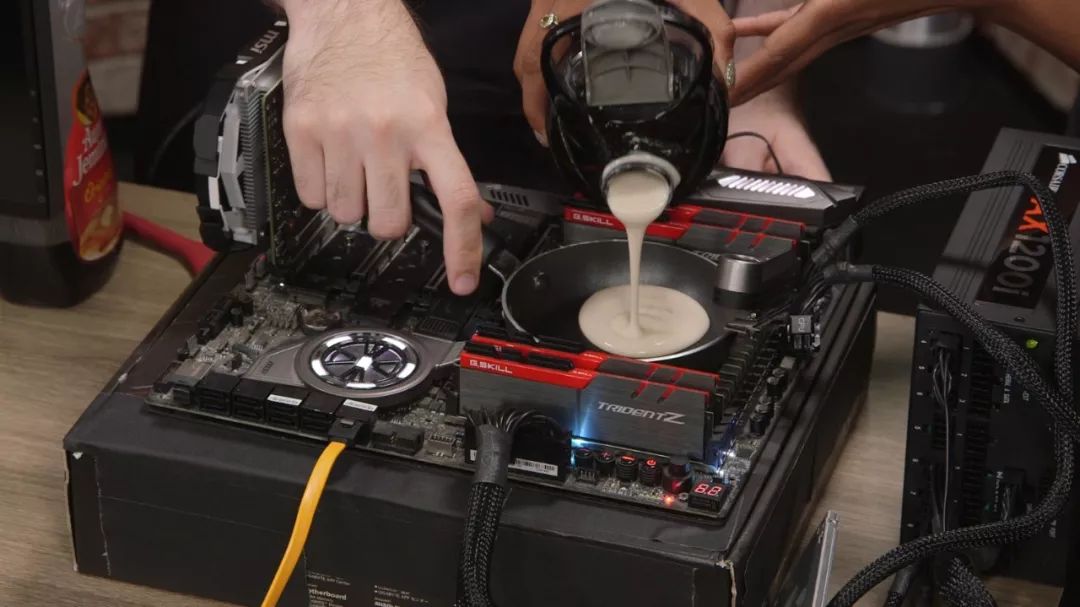 One problem is that you can't install a very large pot on the motherboard. We use a 4.25-inch pot, which is twice the size of the radiator. In order to better transfer heat to the pot, we use Cooler Master Ice Fusion thermal silicone grease on the processor. The amount is much more than usual. There are some grooves in the bottom of the pot. We want to fill these grooves as much as possible.

In addition, we did not actually use it for performance testing or cooling, but only for pancakes. Ideally, we would drill holes in the pan and tighten them to the motherboard, just like a mounting seat. However, we have to make this pot work on two different motherboards for processors of different shapes and areas, so we have to apply as much of the same pressure as possible on the pot.

Finally, please note: do not try at home. This may damage the CPU, motherboard or other components, and may burn itself.

Okay, all the points for attention are finished. Let's start now. 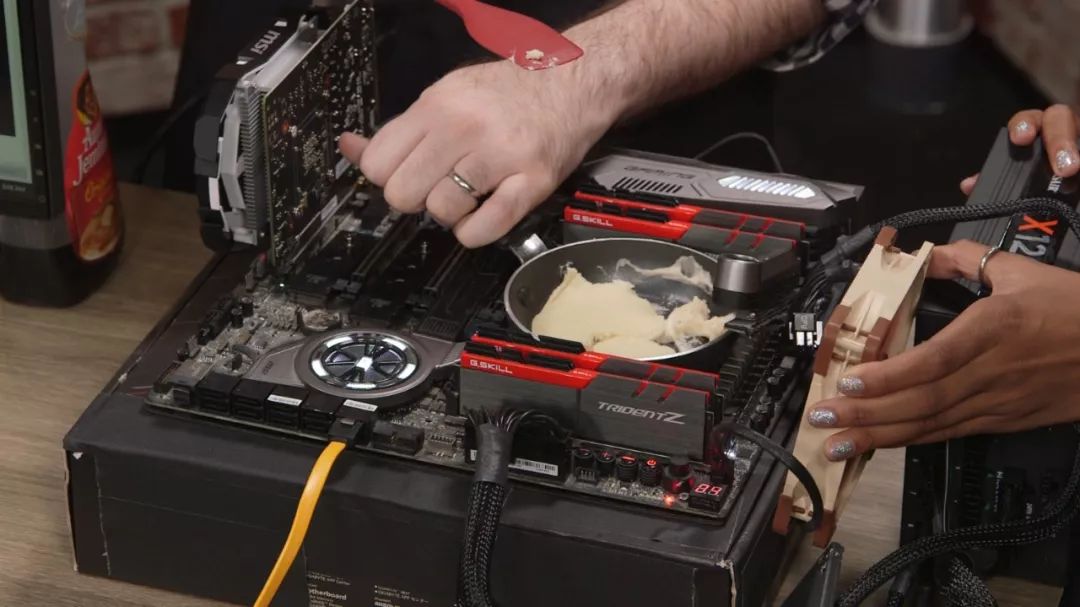 Making pancakes on Core i9-9980XE has a unique difficulty, because although the pan is very small, it is not suitable to install on the MSI X299X Power Gaming AC motherboard. For successful installation, we removed two screws from the back of the board and lifted the VRM cooler fixed on the heat pipe. These operations must be carried out with caution.

In BIOS, we increase the heat limit threshold from 100 degrees Celsius to 105 degrees Celsius. After all, we don't want to test extreme performance, we just need enough calories to make pancakes.

Then we put on a heap of heat conducting paste to heat it up. It is suitable for grooves on pans. Once this happens, we use a little olive oil on the top of the pan to reduce adhesion.

During this period, the system shuts down automatically. We unplug the Noctua NF-S12A chassis fan and point it at VRM, then cool it until the system can run again. The batter slowly solidifies and bubbles. When we decided to turn the pancakes over, we found that they had been baked, but in fact they should be baked a little longer, until they were perfectly golden.

In the end, it took us less than 16 minutes to make the pancakes firm, though a little damaged and not necessarily beautiful. But it tastes good. 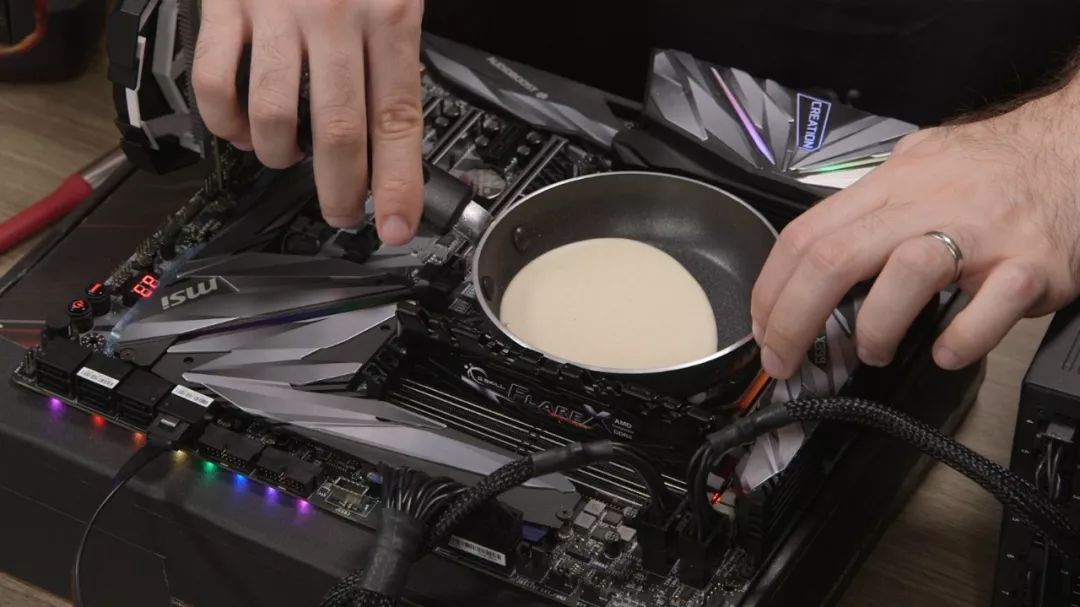 Because Threadripper 2990 WX CPU has a larger roof area than Intel Core i9-9980XE, people are more hopeful. A larger area is equivalent to a larger stove and should make heat transfer easier.

To be fair, we tried to change the temperature threshold to 105 degrees Celsius, but we couldn't. In this case, we do not need to remove the VRM cooler from MEG X399 Creation.

Pans (and batter) can easily become more effective radiators on Threadripper. The idle temperature of the system is only 40 to 50 degrees Celsius. Therefore, we run the AIDA64 pressure test to heat the system. 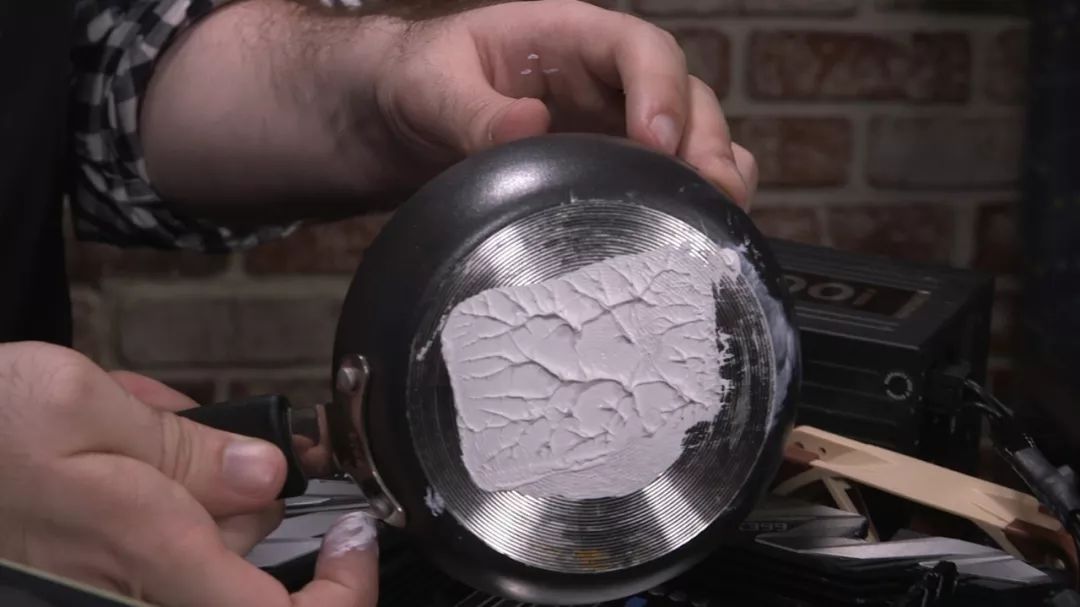 The pancakes began to foam, even more evenly than on 9980XE, and we were very excited. Then the system shuts down. Every time we re-open the system, another error code appears, or we close it before returning to the desktop.

The VRM radiator is very hot, so we use Noctua NF-S12A fan to cool it again. But the computer still can't restart.

We decided to turn the pancakes over on Threadripper at the time of making pancakes indirectly near 9980XE. Because chips and pans are still hot when the system is not started. It's like turning off the heating under the pan on the stove. At this time, we can still continue to make pancakes.

But the temperature of the pan gradually decreased, and the pancakes could not continue to solidify. We had to carefully scrape the remnants from the bottom of the pot. After a period of time, there was still no way to get the computer to run again. About 18 minutes later, we gave up.

There are many reasons for this. Some people say that processors should be throttled at high temperatures, not shut down, but the system is actually shut down. This may be a processor failure, but the shutdown may also be caused by the BIOS of the motherboard. We contacted AMD for more information, but we haven't received any reply yet. 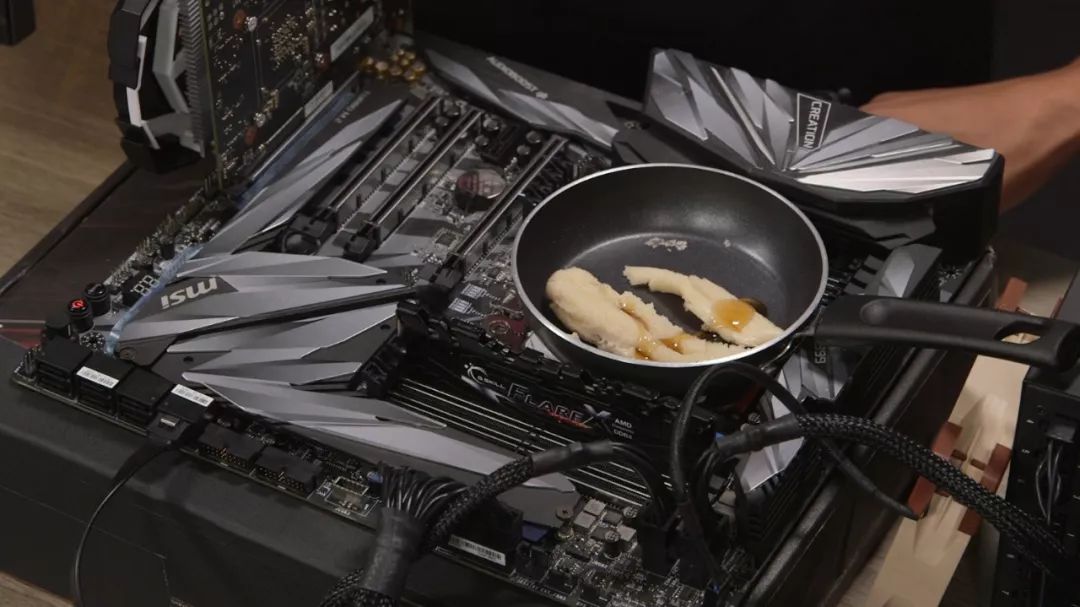 For completeness and fairness, we tried out the pancakes. Actually, it's not completely cooked yet. Again, you shouldn't do this at home. The finished product tastes like pancakes, but it tastes rough.

Obviously, there are cheaper and easier ways to make pancakes. In the more practical use (such as playing games or content creation), Intel core i9-9980XE and AMDThreadripper 2990WX have their own advantages. But in making pancakes, Intel is obviously superior.

It takes much less time to make pancakes on Corei 9-9980XE because the system shuts down only once, and the CPU temperature is enough to make a pancake in 15 minutes after the temperature limit is increased. Although this has been a long time for making a pancake, if we are more patient, we can even fry the pancake in a beautiful golden color. AMD's Threadripper took 18 minutes, but it wasn't ready yet.

In short, if you want to use CPU chips to make pancakes, please choose "