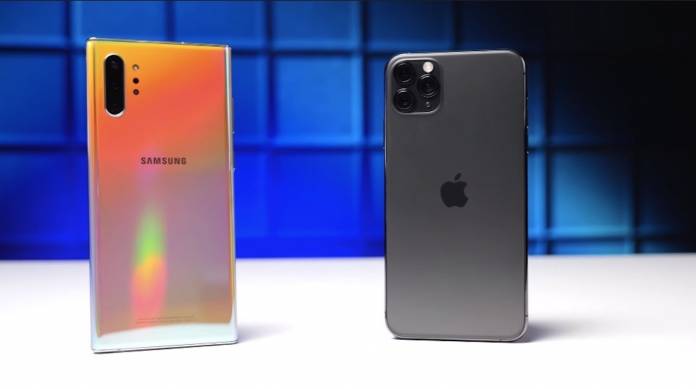 Just a month after the launch of Samsung's flagship Galaxy Note 10 series and Apple's flagship iPhone 11 series, both of them, the two main competitors in the mobile phone market in the second half of 2019, boast of their fully upgraded photo-taking features, and high-end models Galaxy Note 10 and iPhone 11 Pro/Pro Max are also popular. A few days ago, foreign media macrumors released a comparison of iPhone 11 Pro Max and Galaxy Note 10 photos, and we can see what the difference is between them.

In the quality of the photo, both phones can take a fine picture, and a lot of differences depend on your shooting conditions, including the subject, light and other factors, but there are some differences that can actually reflect the different ways Apple and Samsung are on the camera. 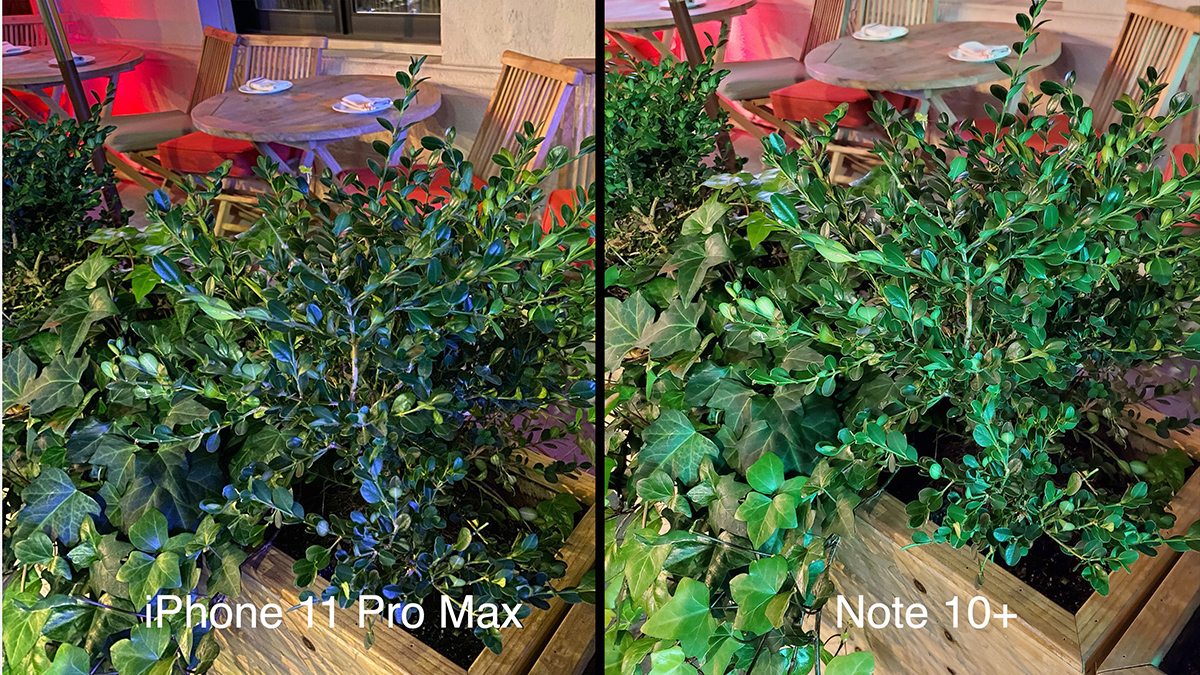 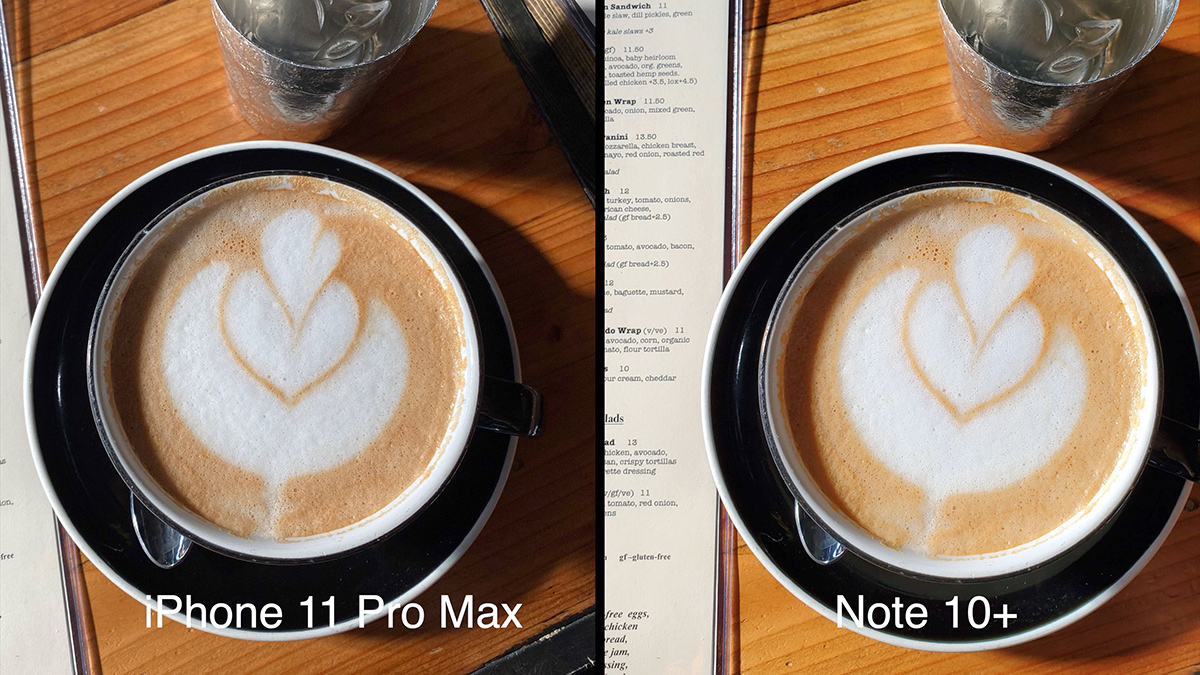 With plenty of light, the two phones have the same grasp of the details of the object. Both outdoor and indoor, Galaxy Note 10 tend to be oversaturated, while the color and light of the iPhone 11 Pro Max are more restored. Of course, this can also have something to do with the Galaxy Note 10 light intake. 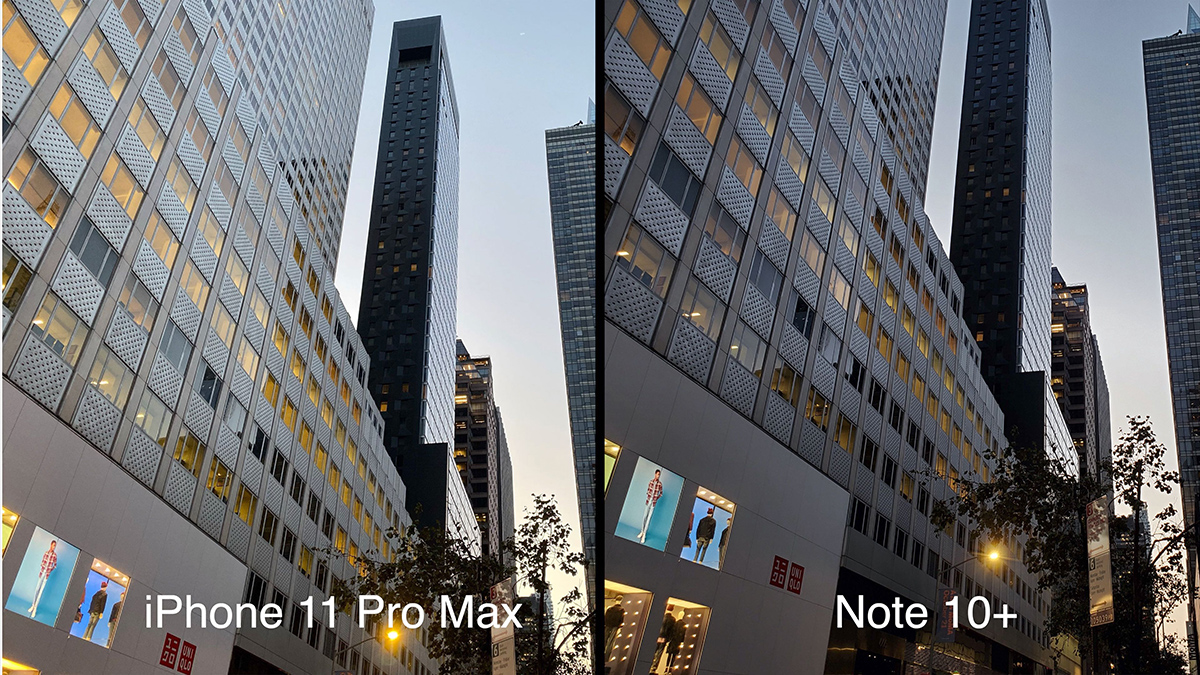 The, Galaxy Note 10 has a higher pixel lens than the iPhone 11 Pro Max, but the difference is not very big, with the vision details of the Galaxy Note 10 slightly clearer after the image is magnified by 250%. The iPhone 11 Pro Max's ultra-wide-angle lens actually performs worse than its main lens, including aperture, sensors and optical anti-shaking, and there is no night mode. Both phones can bring excellent scenery, architecture and characters to the user, but both have to be in good lighting conditions to get a more satisfactory effect. 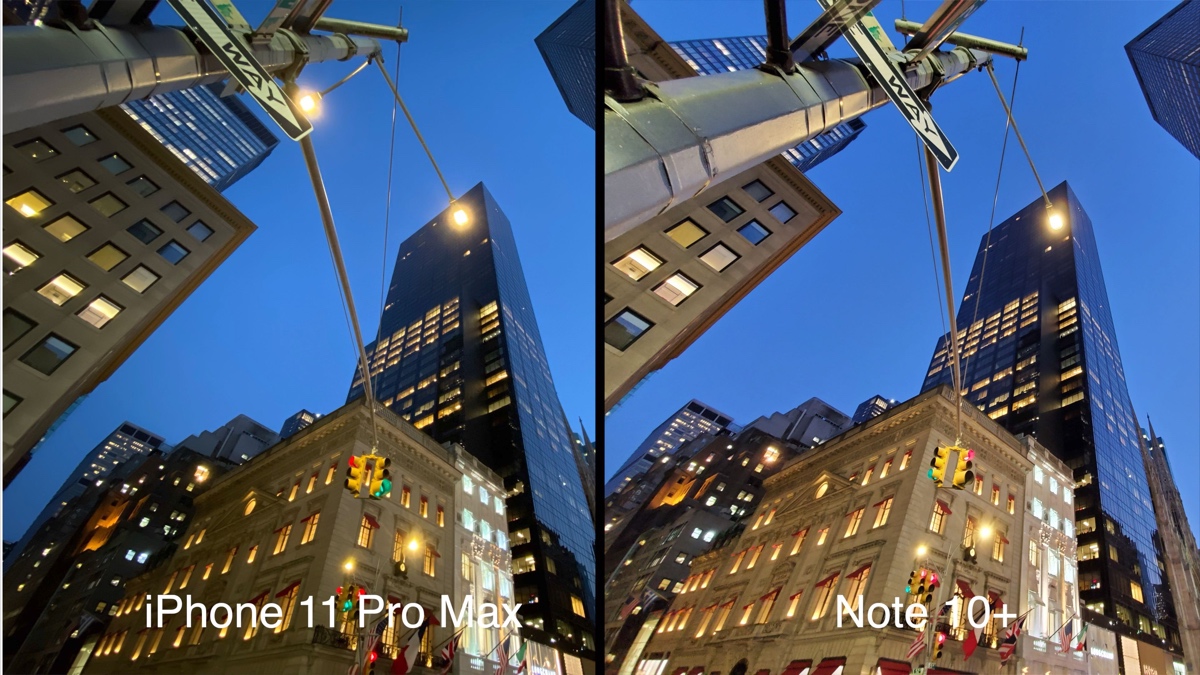 Both Note 10 and 11 ProMax offer night-time patterns for low-light photography, and this feature works well in low-light situations. Note 10's over-exposure tendency leads to relatively bright images, while iphone 11 pro max's night mode is designed to make sure you're looking at the original lighting conditions. 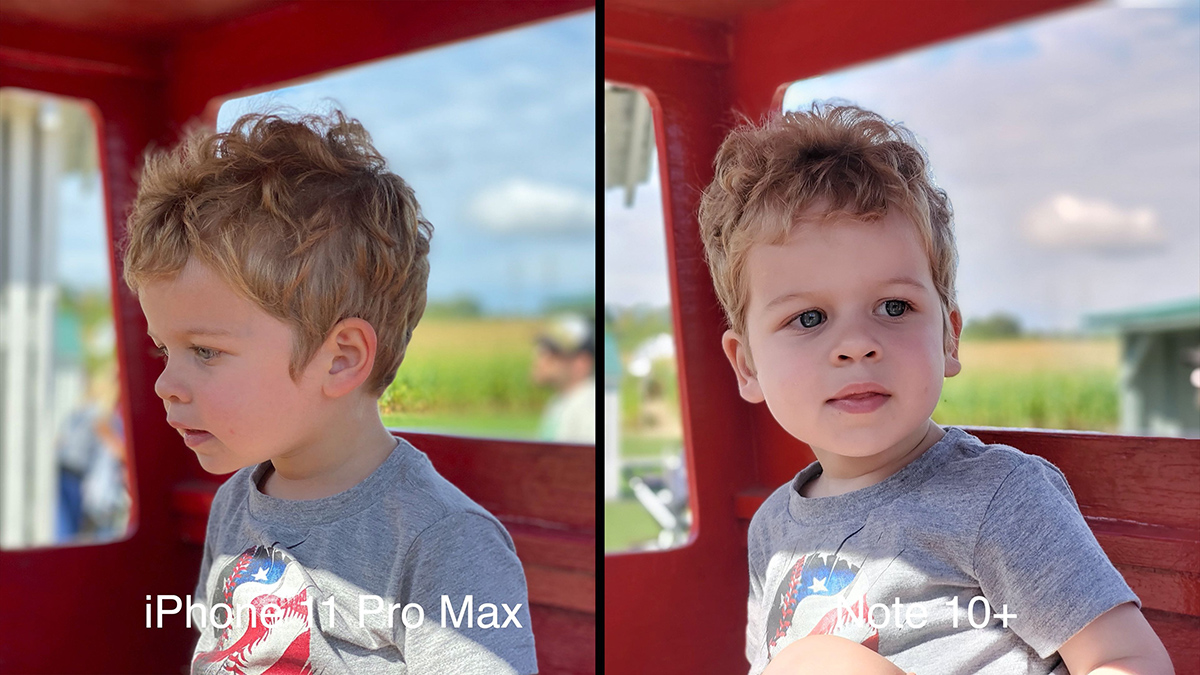 Note 10 has the function of Live Focus, which can provide adjustable real-time background blur effect for photos, while iPhone provides portrait mode. Both are similar and have improved over the previous generation of their respective brands. You will find that in the new phone, edge detection is more meticulous than before, and the background blur effect is better. If you distinguish carefully, the iPhone portrait mode will strictly detect the portrait, the range of background blur is larger, while the Samsung Live Focus is mainly the detection prospect, and the blur range is slightly smaller.

As for video, 11 Pro Max has a better automatic stabilization function, without the need for users to study and set it in depth, but both phones perform the same, and can get high-definition delicate 4K material at 60 frames per second. 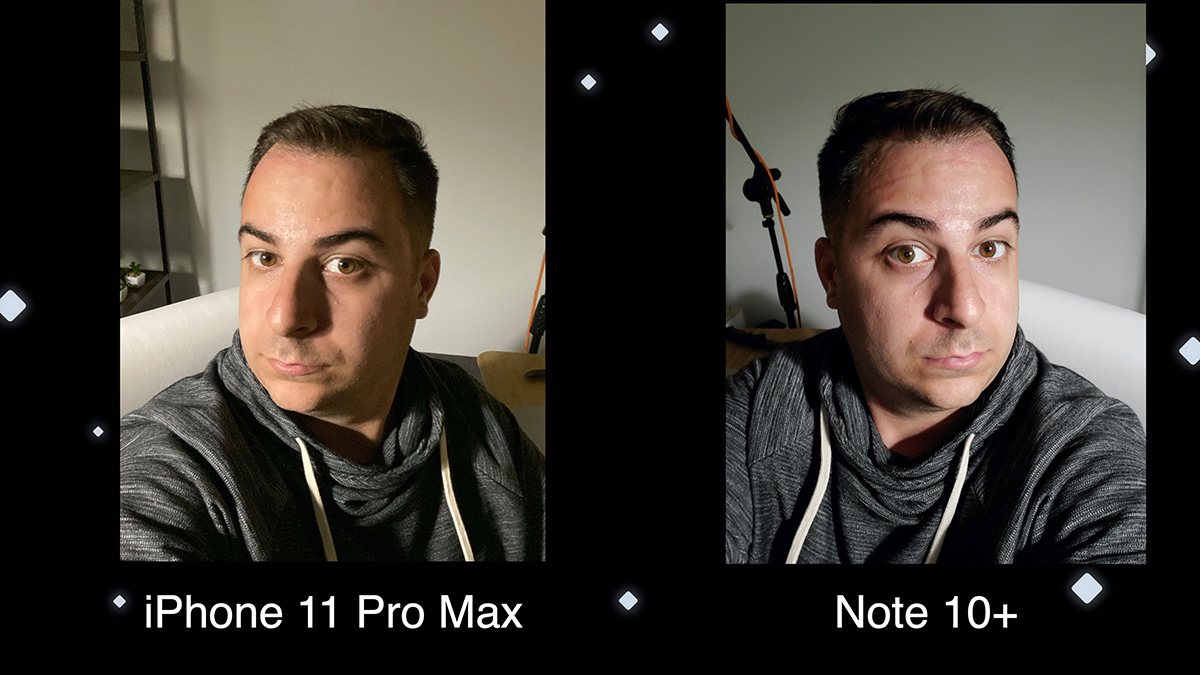 (The above photo was taken from Juli Clover)

In short, both the iPhone 11 Pro Max and the Galaxy Note 10 can produce impressive, clear photos, some of which are even comparable to professional cameras. However, it is difficult to distinguish between the two, no one crush who, only bias is different, users can choose to buy according to their personal taste, without having to struggle with the conclusion of which is better or worse.
google