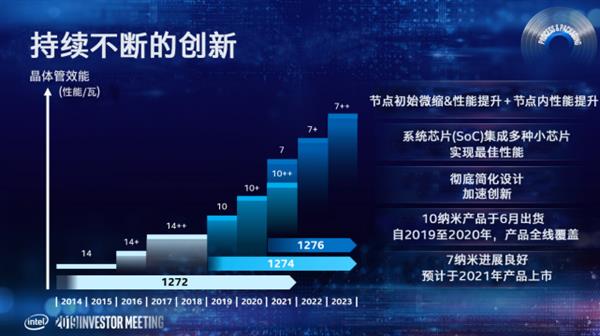 According to the information previously released by Intel, the density of transistors in 7nm EUV process is doubled compared with that in 10nm process, the performance per watt is improved by 20%, and the design complexity is reduced by 4 times.

The first product of 7nm process is the GPU acceleration chip of Xe architecture, which is mainly used in data center AI and high performance computing. The fastest mass production in 2021 is that 7nm EUV will be able to carry the beam in two years.

Intel is currently accelerating the pace of 7Nm EUV process, and ordered materials and equipment for 7Nm EUV process nodes in August this year, faster than expected.