Raja, Chief Architect of Intel: There will be more optimization and upgrading of computing architecture in the next 10 years than in the past 50 years.

It's never easy to be the king of the times, especially the success of crossing the times. However, in order to quickly meet the needs of big data, AI and 5G, Intel not only increased investment, increased efforts to recruit talents, but also put forward six technology pillar strategies last year.

Raja M. Koduri, who joined Intel as senior vice president, chief architect and general manager of architecture, graphics and software at the end of 2017, said in an interview this week: "I totally agree that the next decade is the golden decade of computing architecture. In the next 10 years, we will see much more architecture optimization and improvement than in the past 50 years. "By combining software and hardware, we can make Moore's law ten times better," he added.

But to achieve these improvements, the challenges are enormous. 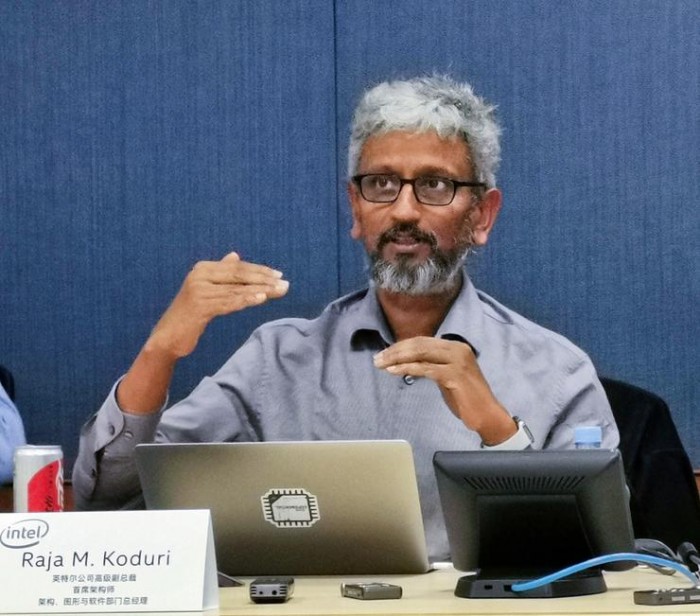 In the past few decades, under the continuous influence of Moore's law, chip computing power has greatly increased, driving the rapid development of the Internet and mobile Internet. Today, we are entering a data-centric era. IDC predicts that data will grow at an annual rate of 25% between 2015 and 2025. This means that the amount of data will double every three years in the next decade. Obviously, the explosive growth of data requires AI to mine the value of data. 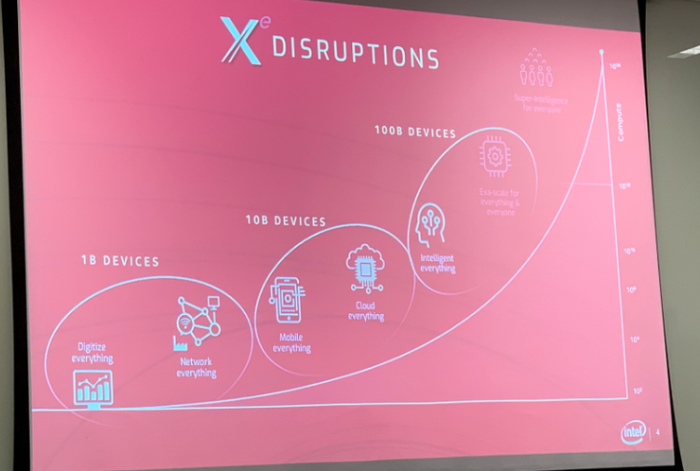 However, the performance improvement and power reduction brought by advanced process alone can no longer meet the needs of big data, 5G, AI, and the industry needs more parallel solutions.Intel clearly knew that in 2015, before the proposed transition in 2016, Intel spent $16.7 billion to buy Altera, then the world's second-largest FPGA manufacturer, and two years later announced the acquisition of Movidius, a computer vision company, and Mobileye, an automated driving vision processing company.

In addition to successive acquisitions, Intel has also increased its efforts to attract talent. The two chipset gods Raja M. Koduri and Jim Keller joined Intel in 2017 and 2018, respectively.

Intel put forward six technological strategies for manufacturing, packaging, architecture, storage, interconnection, security and software in 2018, based on the existing accumulation and integrated acquisition companies. Raja says Intel is the only company that can span these six technology areas. Among them, the importance of process is self-evident, and the development from CPU to XPU makes architecture more and more important.

Raja said that our strategy is to include all the architectures. In Intel's strategy, CPU is still the most important architecture at present. We will continuously improve the performance of each CPU and continue to maintain its position as the strongest computing architecture. Next is our GPU. The main purpose of the GPU strategy is to improve energy efficiency and overall productivity and efficiency.

Intel's high-performance, independent GPU Xe will be released next year. The Xe architecture includes two micro architectures, one for high performance and the other for low power consumption. As for more features, Raja also said in this interview that it could not be disclosed.But he says the biggest challenge for Intel's high-performance stand-alone graphics cards is to provide sophisticated software by 2020.

However, the existing architecture and architecture combination still need to be upgraded, because the amount of data is so huge that it is far beyond the capacity and capacity of a computer to handle it completely. It is necessary to know how to deal with these large-scale data processing methods which can not be put into a computer. Of course, this is also a huge opportunity. 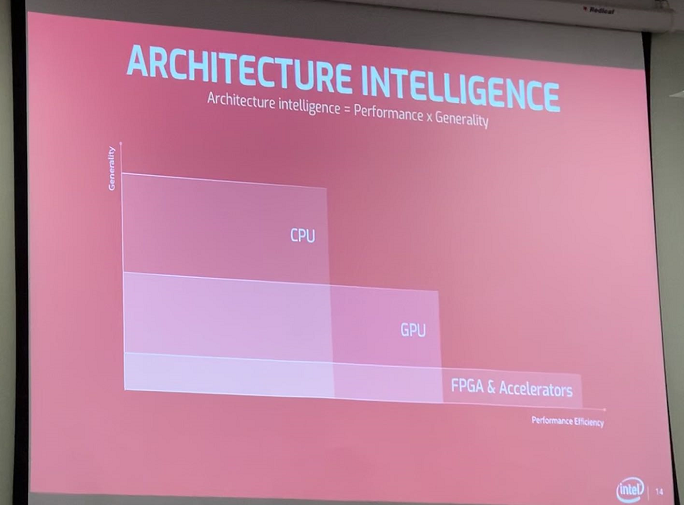 Raja said that in the next 10 years, we will see much more architecture optimization and improvement than in the past 50 years. From the point of view of the whole computing, for the whole SVMS architecture, the next breakthrough will be in memory and interconnection. These two areas will be the next key to achieve larger-scale optimization and upgrading.That's why I say that if an architecture engineer works now, there will be great opportunities. The next challenge we face is how to improve performance ten times, a hundred times, rather than simply 10 percent. 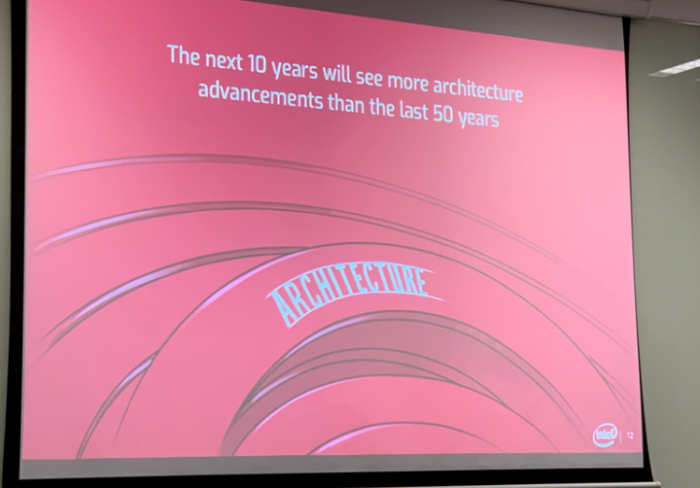 The other side of opportunity is challenge. "The six pillars of technology are both challenges and opportunities for the realization of the long-term computing vision," Raja said. Even in areas where Intel is very good at, such as manufacturing and packaging, the challenges are becoming more and more complex.

"If I had to choose the most challenging technology today, I might say software. After all, a large part of our energy is now focused on the field of artificial intelligence, in order to achieve better breakthroughs and progress, software is very important. But if we look at the next five and 10 years, the six pillars of technology are very critical, and they are facing great challenges, which require continuous innovation. Raja also said.

To this end, Intel will launch its first developer test version of one API in the fourth quarter of this year. Raja introduced that one API is a very low-level abstraction framework, mainly in the face of the integration of different computing elements in the future, can better complete feature abstraction and integration from the bottom. The evolution and innovation of most AI algorithms are accomplished at a higher level, and we hope to do a good job of helping and driving at the bottom level. At the same time, we will continue to optimize the one API, so that any programmer in the future, whether they want to improve hardware performance by 10%, 20% or even 50%, can easily implement it on our framework without having to write their own language.

With the improvement of hardware and software performance, security becomes more and more important. Raja points out that for a long time, people have focused on improving their performance and adding more and more functions to their products. With the outbreak of data, computing has become the core of today's era, which is why security has become more important. In a data-centric world, we have four main architectures, six memory and storage levels, and four interconnection levels, which also increase exponentially the challenges facing the security field.

He said Intel had developed technologies such as SGX (Software Guard Extensions) to enable applications to run better under their own security containers, in order to ensure the security of all applications. In the future, Intel will continue to expand its roadmap for security to ensure security at every level. From transistors, to virtualization, to the application layer, there are very complete solutions and routes. 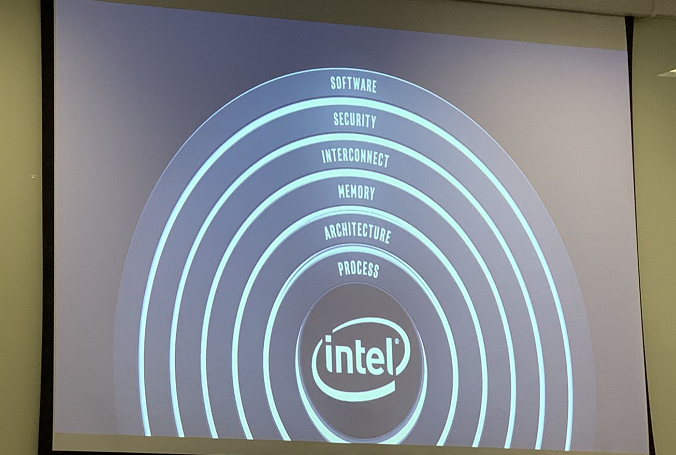 Standing in 2019, we can more easily understand the strategic significance of Intel's series of acquisitions, talent absorption and technology investment. For Intel, a representative successful enterprise in the PC era, facing the coming era of big data, 5G and AI, it is not easy to transform and succeed. From the strategic transformation proposed in 2016 to the six technological pillars proposed in 2018, the transformation is only a good start. In the future, how to solve the challenges of the six technologies and provide computing, storage, connection and security technologies to meet the needs of customers with one API nearest to customers will lead to the success of the new era step by step.