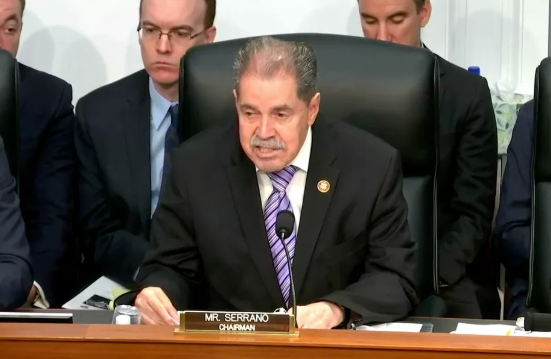 At a hearing on Wednesday, Jos-Serrano (D-NY), the chairman of the House of Representatives, referred to NASA's allocation, and he referred to the potential huge cost of the space agency's lunar plan. He claims that some experts estimate that, over the next five years, this could cost over $25 billion, and that the money would be difficult to justify, especially because many other government programs needed funding.

He has yet to see the reason for accelerating NASA's original 2028 deadline for returning to the moon. "The other problem I'm worried about is that there's no good reason for such a cost, because NASA has set a moon landing schedule for 2028," Serrano said at the hearing. "Why does it suddenly need to be four years ahead - from a scientific and security point of view, it will take time to successfully implement the plan? For many members, motivation seems to be political. "

U.S. Vice President Mike Pence challenged the NASA in March to "bring humans back to the moon in any possible way over the next five years." As a result, NASA modified its human lunar landing program to accommodate more difficult deadlines and named it Artemis. Through the plan, the space agency aims to land the first female astronaut on the moon's surface by the 2024 deadline.

To launch the Artemis program, the trump administration has requested an additional $1.6 billion from NASA, based on the $21 billion it has requested. The extra money is intended to help speed up the production of portable lunar landers, as well as parts of a new space station NASA hopes to build near the moon. In any case, completing by the 2024 deadline will pose a challenge to NASA, but NASA director Jim bridenstine is very clear that without this funding, such a feat is almost impossible to achieve.

Ultimately, it's up to Congress to decide on NASA's funding next year and how the agency will spend it. So far, the donors have not met the government's requirements for Artemis funding. Senate appropriators recently passed a funding bill that will provide NASA with $22.75 billion in 2020, but the legislation does not provide the level of funding the government wants for human lunar exploration. For example, when the government asks for $1 billion, it will provide NASA with about $700 million for lunar lander development. The $1.6 billion amendment was largely ignored in the house appropriations bill passed this summer.

Congress is still finalizing next year's spending bill, but lawmakers will consider bills passed by the house and Senate Appropriations Subcommittee. So far, the federal government is passing a continuing resolution to fund the resolution, which will make everything work until November 21. If Serrano has enough clout, he could be an obstacle to future funding. However, not all members of the Subcommittee have Serrano's views. Robert aderholt (r-Al) expressed support for speeding up the timetable at the hearing.

But Serrano, who is chairman, doubts the 2024 target date. "The outside world is paying attention to us. We can't afford failure. So I believe it's best to use the original NASA timeline of 2028 to perform successful, safe, and cost-effective missions, "he said.

As a witness to the hearing, bridenstine made a familiar argument that the reason for speeding up implementation was that the new government might join in and reshape NASA's overall agenda. "So we face political risks and need to deal with them," bridenstine said. There is a political risk due to the length of the plan; from a geopolitical point of view, it is a political risk to make sure our partners are with us, not with them. I think that's an important reason to move faster. "

Serrano eventually said he wanted a full budget estimate for Artemis, which the bridenstine and trump governments would not be able to provide until the next president's budget in 2020. He also expressed concern about the possibility that NASA's internal and external programs could be cut.