Is the radar chip on Google pixel 4 a gimmick? 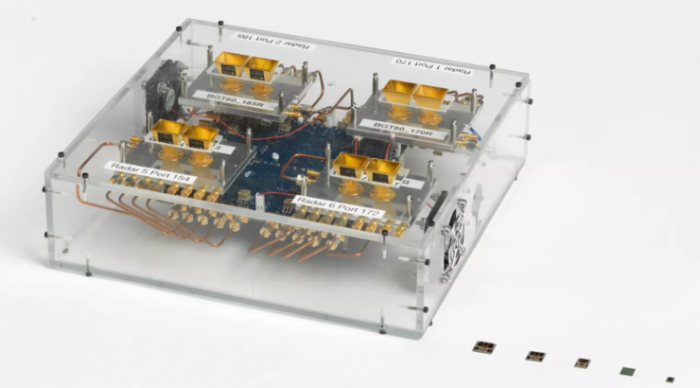 Soli sensors / chips, evolution from left to right for the original version to the current version

As early as July 29 this year, Google announced the motion sense function of pixel 4 on its blog. Thanks to the support of soli chip, users only need to move their fingers, and pixel 4 can sense, combining unique software algorithms with advanced hardware sensors.

Google later stressed this function at a conference, and a spokesman said that pixel 4 has built-in motion sensing radar, which can track submillimeter level gesture movement with high speed and accuracy. Based on this function, the user can only control by wavingcellphone, including skipping songs, pausing alarm clock or muting phone, etc.

Even in the dark environment, Motion Sense can still be used. Moreover, users can turn on or off Motion Sense, at any time, all processing is done locally on the phone, the data has never been saved, and has never been shared with other Google services.

With regard to the prospect of this function, Google official said that motion sense has just started and will gradually improve over time. Pixel 4 is the world's first smartphone device with a soli chip.

In theory, integrating Soli radar chips into smartphones is revolutionary; however, in the eyes of most people, the technology may still be a gimmick.

Google doesn't think so. Brandon barbello, pixel's product manager, said that motion sense has three ways to interact; if you can understand these three ways thoroughly, you won't think that this technology is just a gimmick.

With this technology, when the user intentionally touches the phone, the phone will open the screen and activate the facial unlock sensor; if the alarm clock or bell rings, it will automatically stop ringing when the user reaches for the phone.

Similar functions were usually performed by other sensors. For example, the camera can detect that the user waves in front of the mobile phone, and the accelerometer will sense that the user is picking upTo activate face recognition. So people will wonder: will using the soli radar to complete these functions really make the user experience better?

Technically, people prefer radar chips to cameras, says Ivan Poupyrev, director of engineering at Google ATAP. First, radar consumes much less power than the camera; on the other hand, it is not a camera, it does not need to collect user characteristic information. 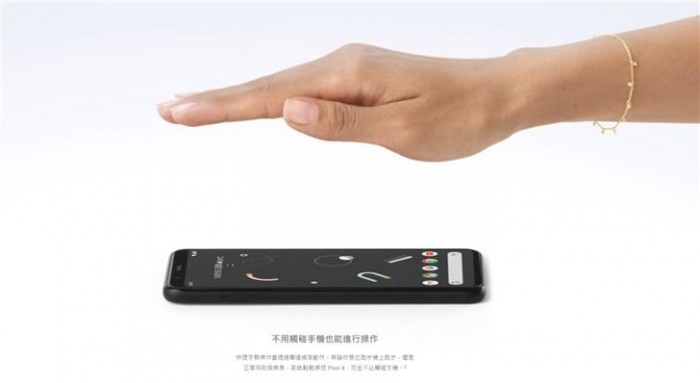 However, there are also some technical problems when soli is used for motion sense in pixel 4; for example, how to make radar work on such a micro scale?

It's not as simple as buying a book, we have to start from scratch... In my opinion, applying this new technology to mobile phones is a technological miracle. Although in theory, the soli technology can detect the wings of a butterfly, or even a person standing 7 meters behind the wall, in practice, we need more time to achieve the above degree.

Although there are few things that Motion Sense can do now, this is what Google intended to do-Google is creating a new interactive language that needs to be simplified; otherwise, it can be confusing.

In other words, Google doesn't want to replace manual operation with auto sensing function. It just wants to provide users with a better and seamless experience. After all, it turns out that more people are willing to use the auto reply function instead of manually entering a "yes".

Related news
Pixel 4 was announced by Google officials, but its three major black technologies are even more promising.
Is the radar chip on Google pixel 4 a gimmick?
Google Pixel 4: a * independent pig
Seeing Pixel 5 press conference, I feel Google smartphone business is going to give up therapy
Can Apple's SOC survive pixel?
Hot news this week
"GTA6" was stolen by a hacker without being released. How can the game company defend the source code?
The new rules of Internet popover will be implemented on September 30, and the chaos of "bully screen advertising" is expected to be eradicated
Google is shutting down its Stadia cloud gaming project, with the developers involved saying they had no knowledge of the plans
Brother sent a mobile phone to pay 200 yuan to pay the owner to the police: money is not scraped by the wind
Mate 50 Kunlun version is in short supply! Huawei additional production capacity: October supply can improve
IPhone6 officially "retired", its series sold 250 million units, second-hand purchase price is now as low as 100 yuan......
After a lapse of 28 years, the Chinese women's basketball team won the World Cup runner -up Li Meng's T -shirt on fire
Woman addicted to 'A Sheep' husband worried about being cheated to report for help: official confession
Apple responds to the iPhone accident monitoring cannot be triggered 100%: no minimum requirements are met
Meituan Wang Xing: Chinese auto companies will definitely win, "NIO, Huawei, ideal" will replace BBA to occupy the high-end market
The most popular news this week
High -tech warm temperature+5 degrees Netease strict coffee carbon kent underwear 104 yuan
Bi Huawei Mate 50 Pro expensive IP14 Plus Tomorrow: 60Hz screen sells nearly 10,000 yuan
Girls walk to play mobile phone hit telephone pole forehead bulge: hope friends learn a lesson
The Snapdragon 8 Gen2 flagship of the Year is here! The standard battery may not even be 4000mAh
Boot up is the new high-end flagship of Android 13 first look: performance is crushed by iP14
Are you enough? Microsoft announced that all compatible users can upgrade win11 2022
American Infrastructure Revival 8000M Fiber Broadband: The same speed, unlimited upward speed, unlimited
Brazil approves Activision-Blizzard deal
Apple doubles U.S. manufacturing: mostly small-scale test production, only Mac Pro assembled in the U.S.
EPIC CEO Angry Apple App Store price increase: Apple is like a landlord, developers have nowhere to go