Facebook: Iran and Russia's intervention in the US election is on the way 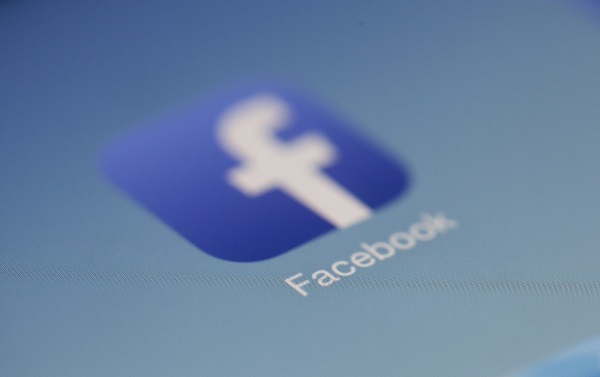 Nathaniel gleicher, Facebook's head of cybersecurity policy, posted a detailed post about it. According to its disclosure, Facebook has found and removed fake accounts from four different Internet accounts, including more than 100 Facebook and instagram accounts. Three of the suspicious networks were found to be related to Iran, one to Russia, and most of their deception was directed at the United States.

Interestingly, Russia's activity was largely determined to come from Instagram, which has deleted 50 suspicious accounts. '"This action has shown some of the signs of contact with the Internet Research Agency (IRA) and a resource-sufficient action to hide their identity and location through continuous action security measures.",' said Gleicher. 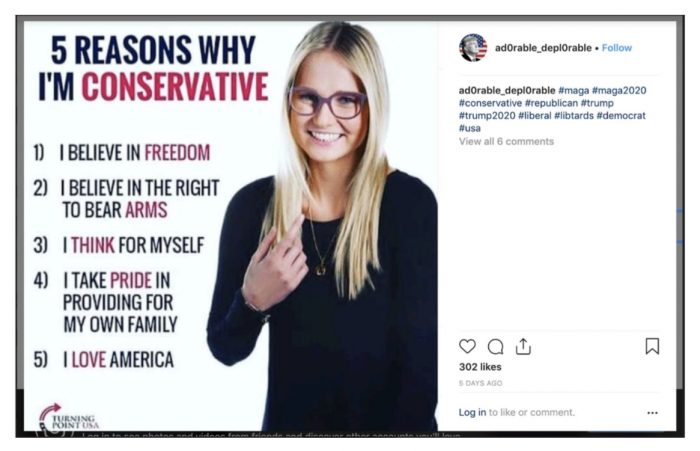 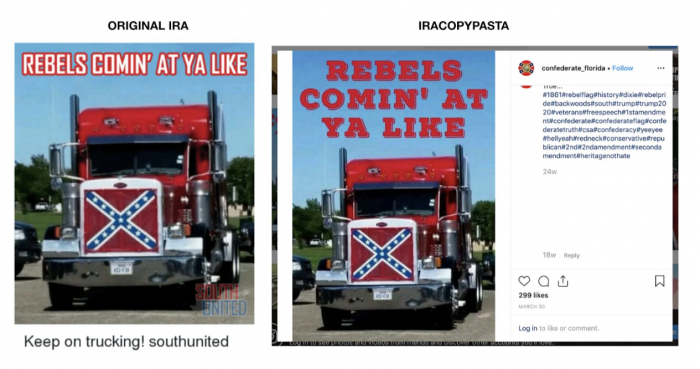 An example from the graphika report: an Internet meme identified from Russia in 2016 seems to be re used in 2019

At the same time, Facebook has also put forward some new measures to help fight these foreign threats before the US election in 2020. Facebook said it would increase transparency by explicitly identifying the owner of the web page, marking the media source of the country's control, and providing stronger security for the accounts of elected officials.

In addition, Facebook said it would slow down the spread of content marked as potentially false before it is reviewed by third-party fact inspectors, thus preventing the viral spread of false information more quickly. 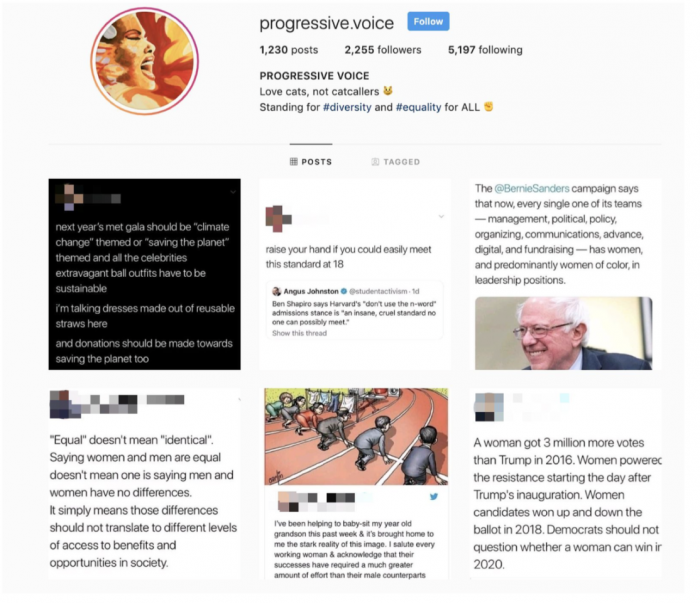 "We're not going to check the authenticity of political ads," Zuckerberg recently said in a speech that the "We do this in order to help politicians, but because we think people should be able to see what politicians are talking about. If the content has news value, we will not pull it down, even if it conflicts with many of our standards." 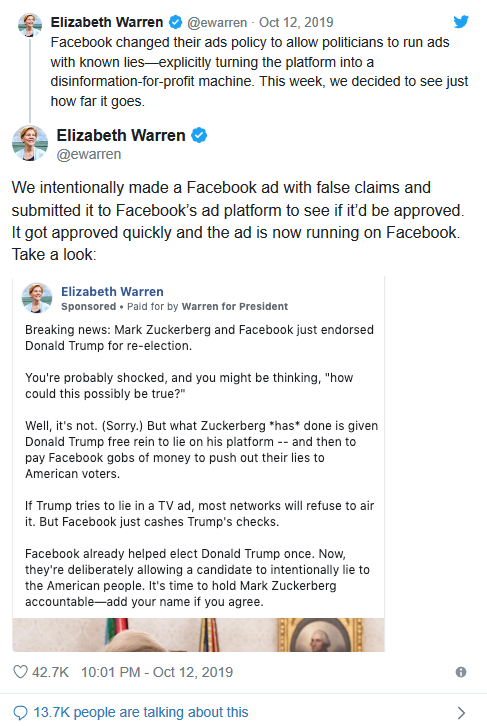 In response to Facebook's policy position, Democratic presidential candidate Elizabeth Warren said his team bought a political ad on the platform in early October, the content of which was not real. In response, the foreign media joked, Zuckerberg's latest statement hinted that he will support Trump's re-election.

Related news
Facebook closes more fake accounts related to Russia
Libra vs. US Congress: Cheng also Facebook, defeated also Facebook?
Facebook: Iran and Russia's intervention in the US election is on the way
Facebook announces closure of several fake Iranian accounts targeting the United States
Google AR AI visual world cultural heritage microbeauty hologram (WIMI.US) digital display PK traditional model
Top Secret Way To Win Lottery With The Help Of A Magic spell
Hot news this week
Templates for creating new Twitter in the future? Musk's praise of WeChat has triggered a heated discussion on the whole network
Tencent Music's TME live will re-screen Jay Chou's concert on may 20 and 21
Sony's new LinkBuds S headset parameter exposure: only 4.8 grams of comprehensive battery life 20 hours
Weak demand in the mobile market! Domestic shipments of mobile phones fell 40.5% in March to a two-year low
Henan 4 village bank line cannot withdraw cash? CBRC responds! The public security organs have registered an investigation
Baidu: In 2021, an average of 56 billion malicious information of all kinds will be intercepted every year
"Chinese version of LV" is re -executed 680 million! Reporting the property clues of the chairman, up to 8.66 million yuan
Still did it! Canada has banned Huawei and ZTE from participating in the country's 5G network on "national security" grounds
Pig companies continue to increase technology, just launched the smart pig farm, another 100 million to set up a technology company
The Jingdong Express bulk order sent to Shanghai across the country is completely static? JD.com: Not true No such information has been published
The most popular news this week
The domestic screens are rolled to the 2K screen. Why don't Apple follow the roll?
B station was exposed to layoffs: involving games, overseas business, OGV and other departments
Continuous business adjustment? Ali has been exposed to many sectors layoffs, and the scale of spring recruitment has shrunk sharply
Exposure of Tencent's game business or layoff 10 %: CSIG business group has previously layoffs 15 %
Meizu 19 series coming? Meizu mobile phone appearance patent disclosure: the return of secondary screen
Jingdong crowdfunding 10000mAh mobile power supply: with Apple Lightning and Type-c dual wires
Mobile phone chip CPU energy efficiency ranking: it is comparable to A14
What can we learn about m& # 111nkeypox cases in many countries around the world?
Alibaba Daniel Zhang connects 300 platform merchants: do more practical things for merchants
At the age of 58, he was elected as the chairman of Everbright Bank! Former President of Bank of China and Construction Bank