Samsung Galaxy S10 and note 10 are attracting global attention for their fingerprint identification security vulnerabilities. After some foreign financial apps stopped fingerprint payment for S10 users, Bank of China, one of the four major banks, also urgently followed up.

According to Samsung's latest official statement, they suggested that users of Galaxy S10 and note 10 series mobile phones remove the protective cover, delete all old fingerprints and re register fingerprints. If the user is using the screensaver now, stop using it until the patch is fixed. Samsung said it would release a fix as soon as next week to fix the vulnerability. After the patch was released, Samsung recommended that users scan the fingerprint completely to ensure that all parts (center and edge) of the fingerprint are scanned completely. 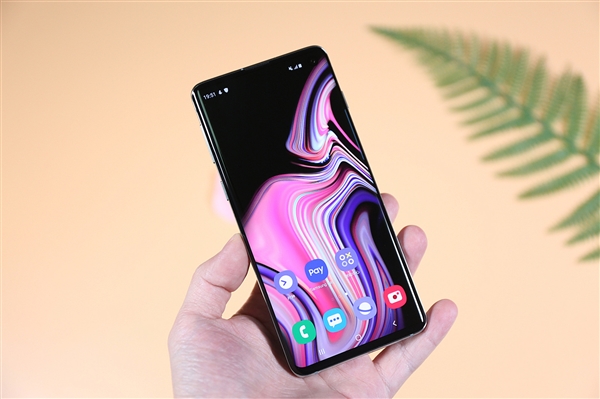 The following is the full text of the announcement:

The mobile banking of our bank has built a transaction security monitoring system with full process and full time, and has the ability to comprehensively guarantee the security of user accounts and funds. 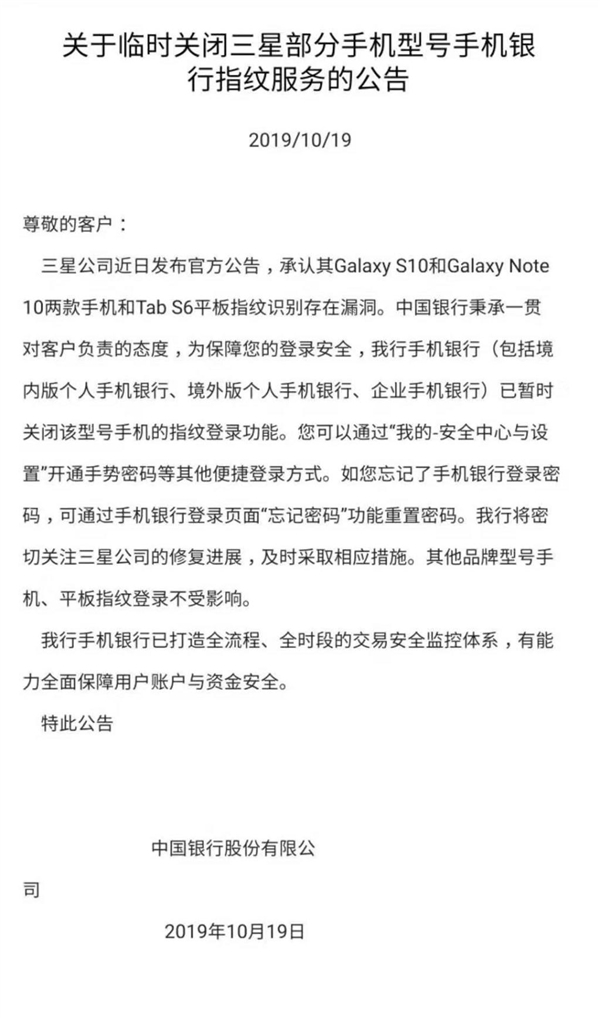