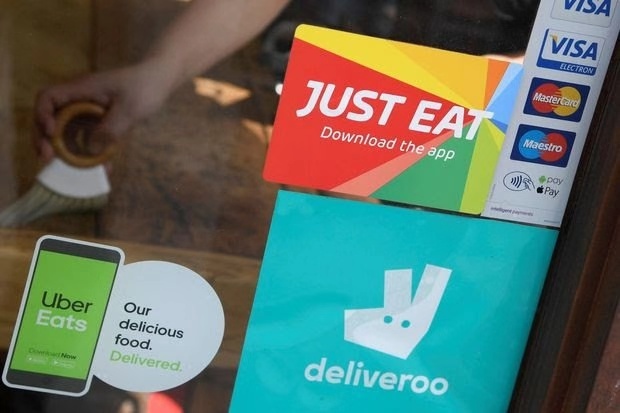 Netease technology news, October 23 news, according to foreign media reports, prosus NV, a European technology investment giant, recently made an offer of 4.9 billion pounds (US $6.3 billion) to just east, intending to challenge Amazon, Uber and other companies in the global delivery business.

Prosus NV owns nearly a third of Tencent and many other technology assets.

Prosus said on Tuesday that it would make a direct offer to Just Eat shareholders within the next 28 days, breaking Just Eat's merger plan with Dutch rival Takeaway.

Prous said its offer of 710 pence a share was 20% higher than the offer in Takeawan in July.

Just Eat urged the shareholders to reject the Prossus's offer to undervalue the company's value and its development prospects.

Prosus's move marks a growing interest in the food distribution business. Earlier this year, Amazon led an investment of $575 million in Deliveroo in the UK, which is currently under review by regulators.

Delivery service providers in various markets are competing for consumers, and just eat is an important player in the UK market. In 2014, just eat invested in iFood in Brazil and integrated its business in Brazil.

Prosus said it had invested $2.8 billion in food distribution, including delivery hero in Germany, swiggy in India and iFood in Brazil. Like online classified advertising and online payment, online food distribution is one of prosus's three key investment areas

Bob van Dijk, the company's chief executive, said in an interview that, in the event of a successful bid for Just Eat, Pros will provide food service in more than 50 markets, leading to more than 40 of them.

Prosus said it had made several proposals to the Just Eat board, but had so far reached no agreement. It states:

Just Eat says it tends to merge with Takeaway. This will enable both companies to strengthen their competitive positions, the company said. The merger was supported by Cat Rock Capital Management, one of Just Eat's largest shareholders. The investment company said Prosus's offe

Pros, which was listed in Amsterdam in September last year, was designed to release value to the shareholders and to attract new investors. The value of the Npasters, which holds the majority of the Pros, has long been below its asset value. In addition to holding Tencent's shares, Pros has also invested in the Russian social media operator Mail.ru Group and the AOL. Chen Chen

Related news
Follow the Amazon eBay Program to launch the Managed Delivery logistics service (Figure)
Successful Water Trial: Wal-Mart Delivery Unlimited will expand to more than 200 cities in the United States
Tencent's majority shareholders want to buy Just Eat, a meal delivery platform, for $6.3 billion.
Amazon sells its just walk out cashless store technology to other retailers
JD.com,Tencent Extend Strategic Partnership on AI
Tesla China First Shatters Delivery Record in Six Months amid Covid's Fading
Tencent CSIG Creates Enterprise & Government Business Line
Hot news this week
With the NIL technology, Canon wants to provide China with a lithography machine comparable to the EUV
Genius hacker Geohot promised Musk 12 weeks to fix Twitter search, but posted for help because he wouldn't react
Google's parent company is planning to cut tens of thousands of jobs
The Long March 9 is basically confirmed: the low-orbit carrying capacity of 150 tons can carry the entire space station into space
A small plane in the US has crashed into a 30-metre high voltage power line and got stuck: 80,000 people affected
Alibaba launched a new cross-border e-commerce platform in Spain, aiming to operate independently in the middle and high-end market
Google is concerned that Microsoft's acquisition of Activision Blizzard will affect the ChromeOS experience
Can recording others' wechat chat records be used as evidence? The Beijing Internet Court has an answer
The second generation Snapdragon 8 flagship! Mi 13 toughened film appeared: four sides and other narrow screen accounted for a stable ratio
A Tesla crashed into two cars in Taizhou, Zhejiang province, killing two and injuring one, police said
The most popular news this week
Eggs don't fit in one basket: Some of the Snapdragon 8 Gen2 is manufactured by Samsung
128 core 256 threads! AMD Zen4c is here: Arm is cornered
Breaking the spell of "Android 3 year must card", the new Breguet mobile phone will be sold for the first time tomorrow: from RMB3499
Be careful with your phone for a long time! The aunt played with her mobile phone so much that her fingers got stuck
More conscientious than Google, the OnePlus promises a 4-year upgrade: Android 17 beckons
What do Chinese teenagers do online? It's comforting to be third and first in gaming
Tmall sought 500 million yuan in loans from ofo affiliates and Dai Wei
Tencent Holdings: bought back 36,200 shares at a total cost of HK $10.606 million
Tuniu's third-quarter revenue fell 32% from a year earlier to 7,790 yuan
Xiaomi 13 press conference new product summary: In addition to the phone there is a monster new