Amsterdam's Apple Store is now on a new look.

After a period of renovation, Apple's Apple Amsterdam retail store in Amsterdam, the Netherlands, finally reopened on October 24. 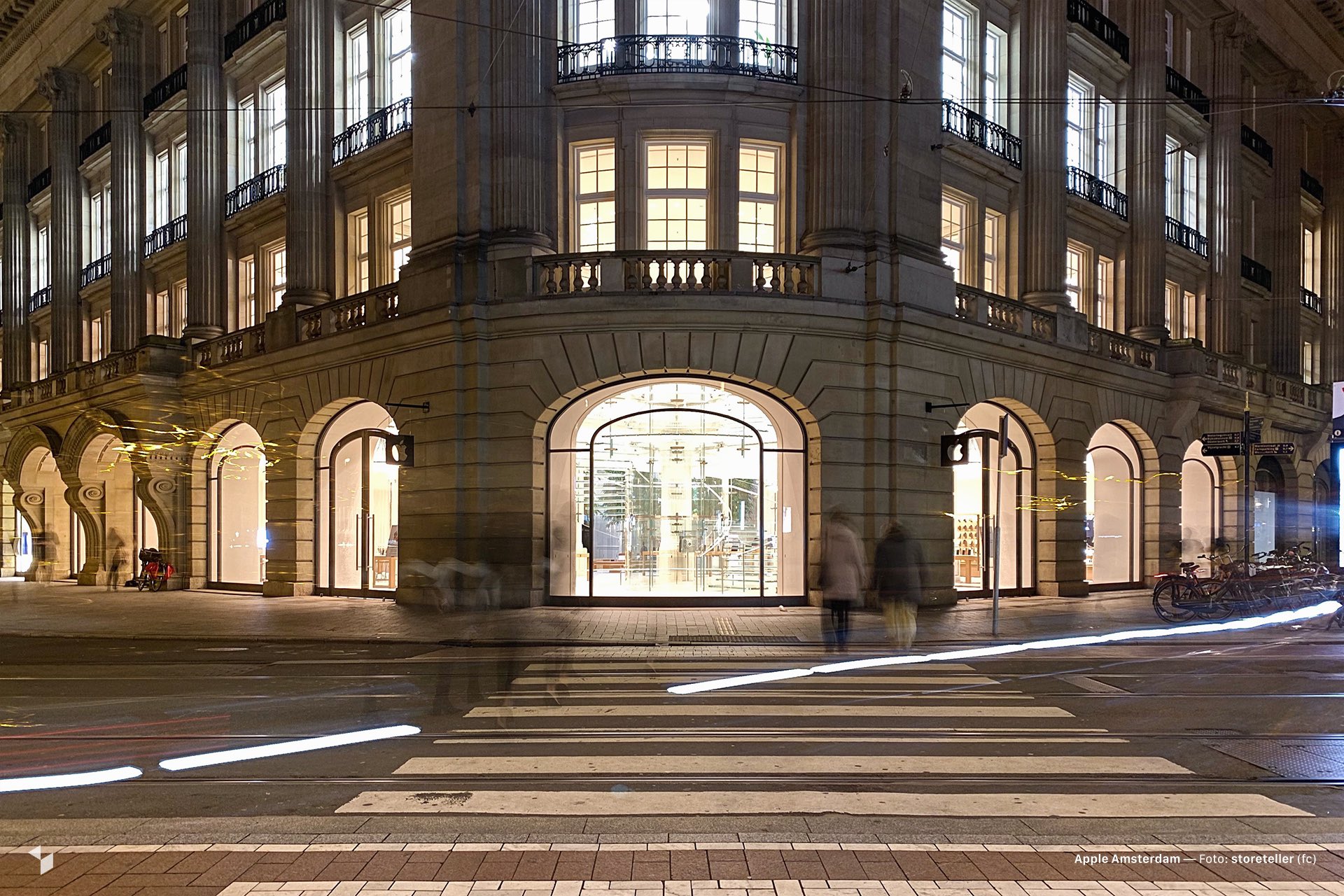 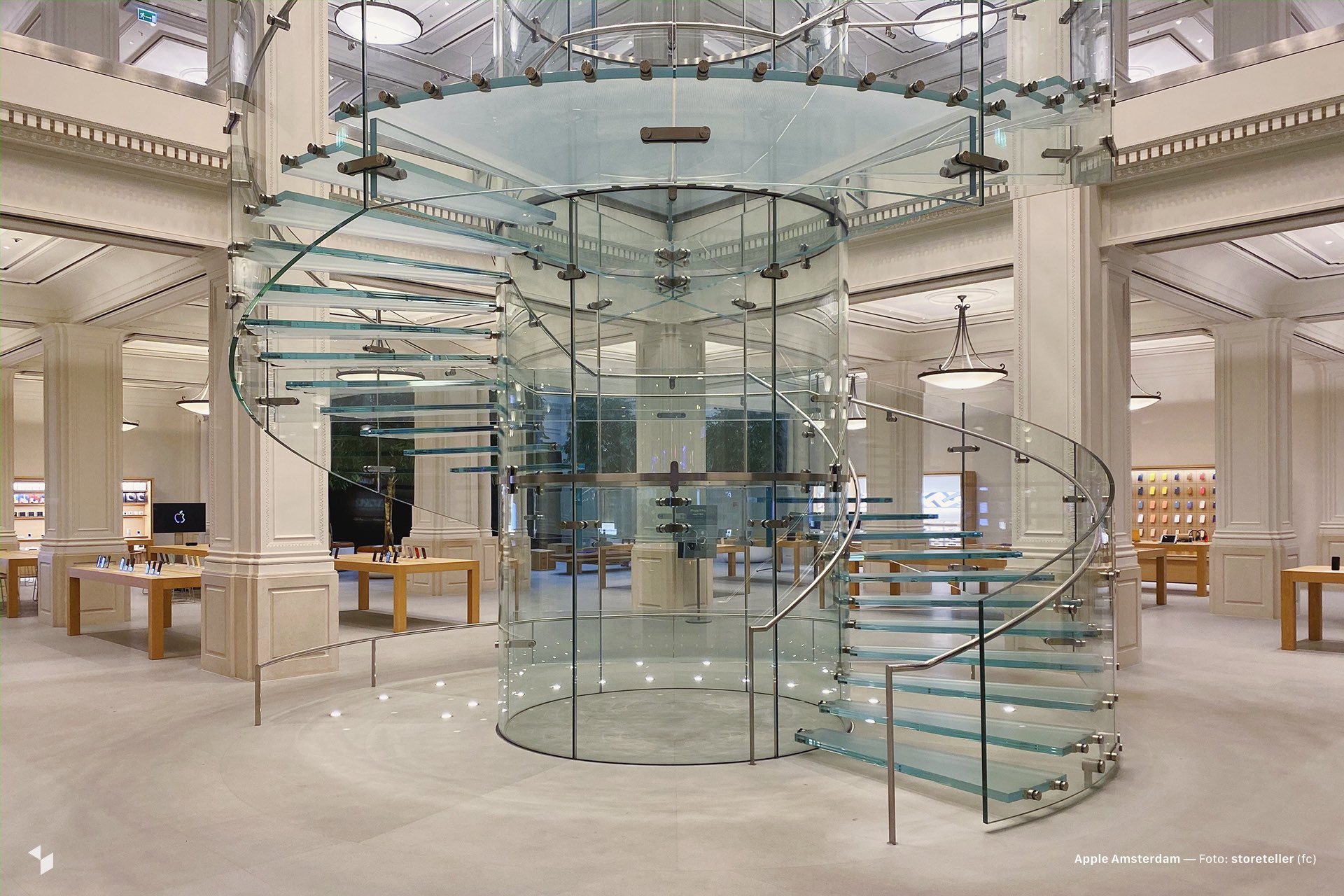 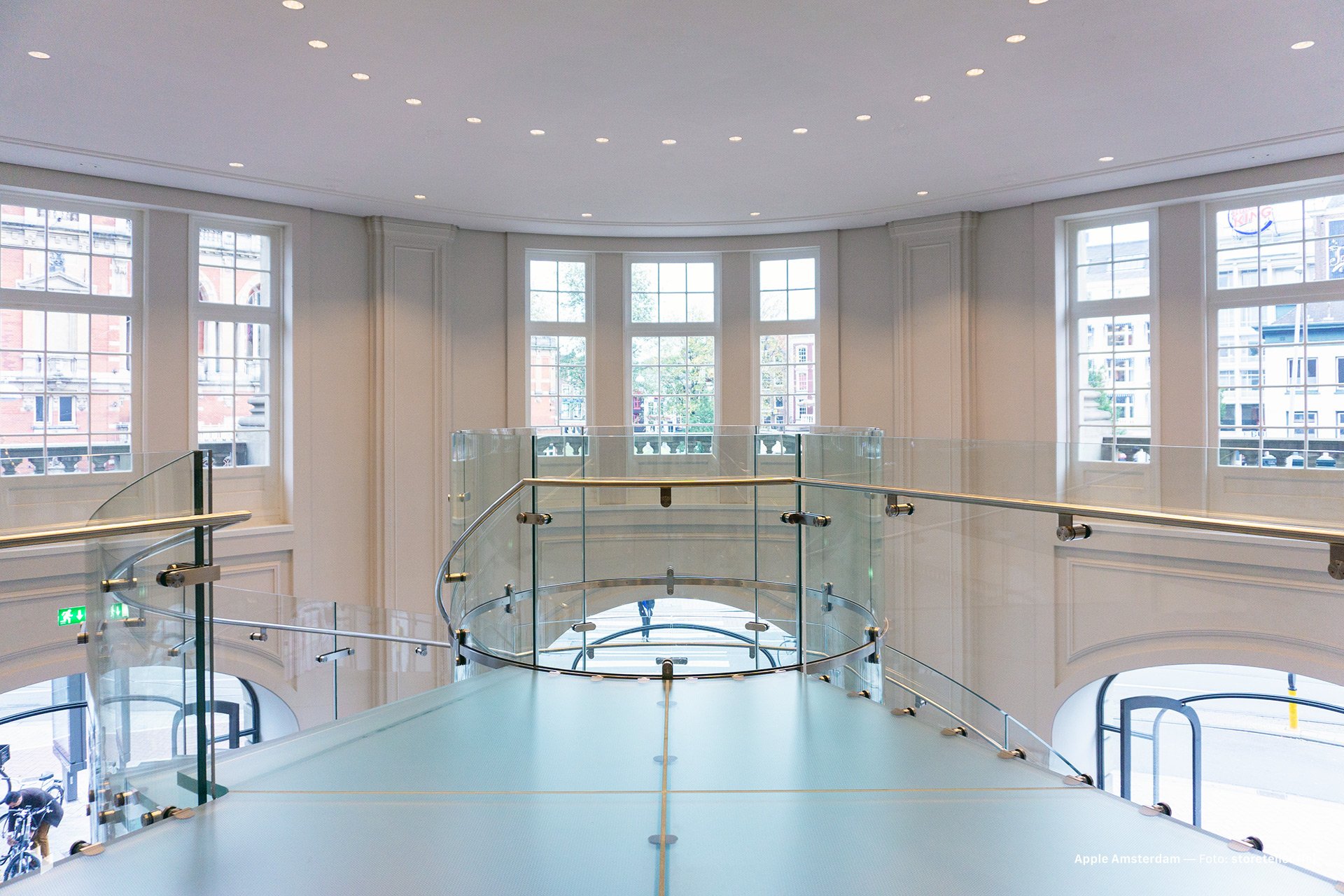 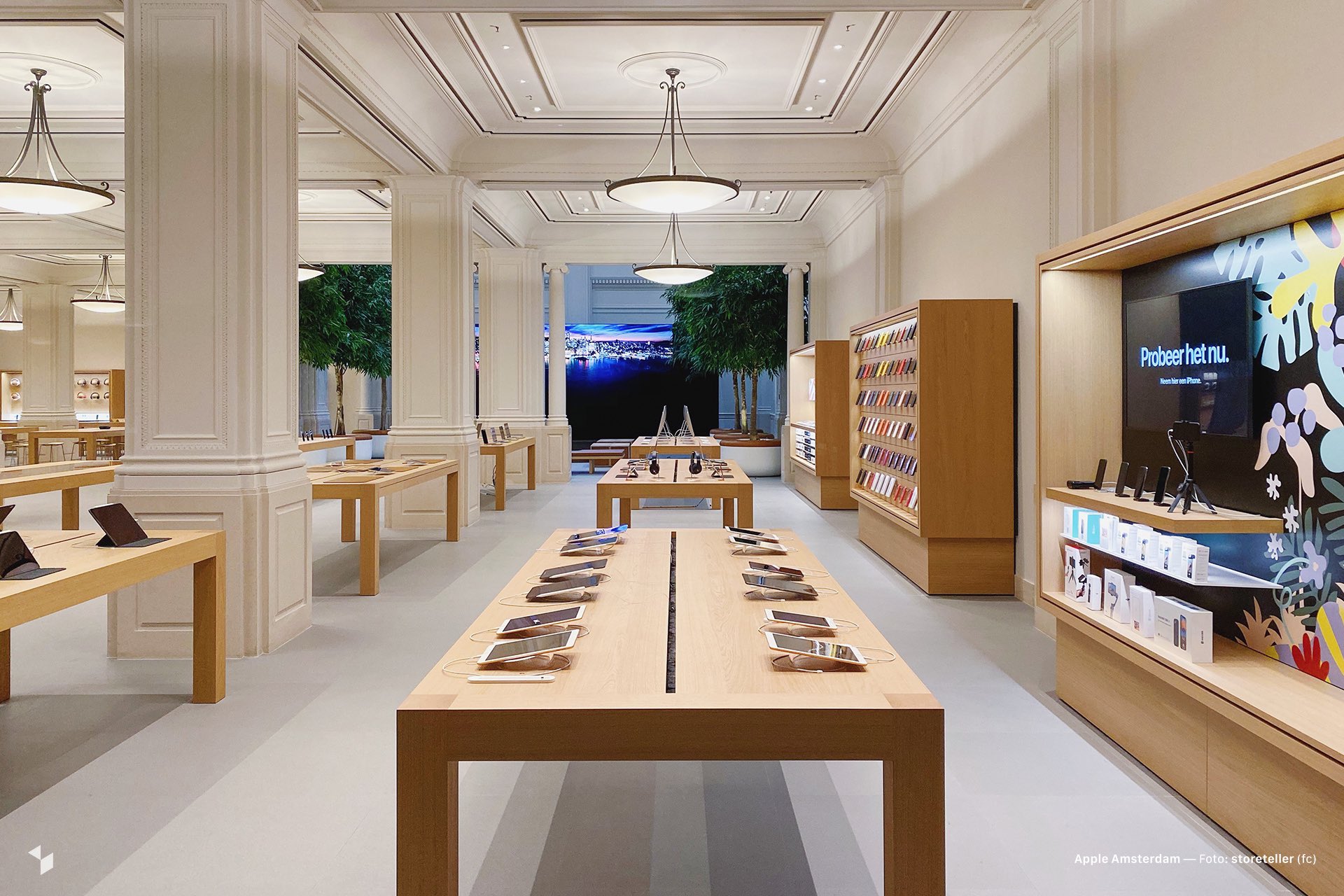 Instead of focusing on the facade of the building, Apple Amsterdam's new decoration focuses on changes in style, including walls, floors, redesign of in-store furnishings, as well as a wide atrium area called "Interactive Square," a wide space and a new "video wall," and leather seats will be used to undertake Today at Apple activities in the store. 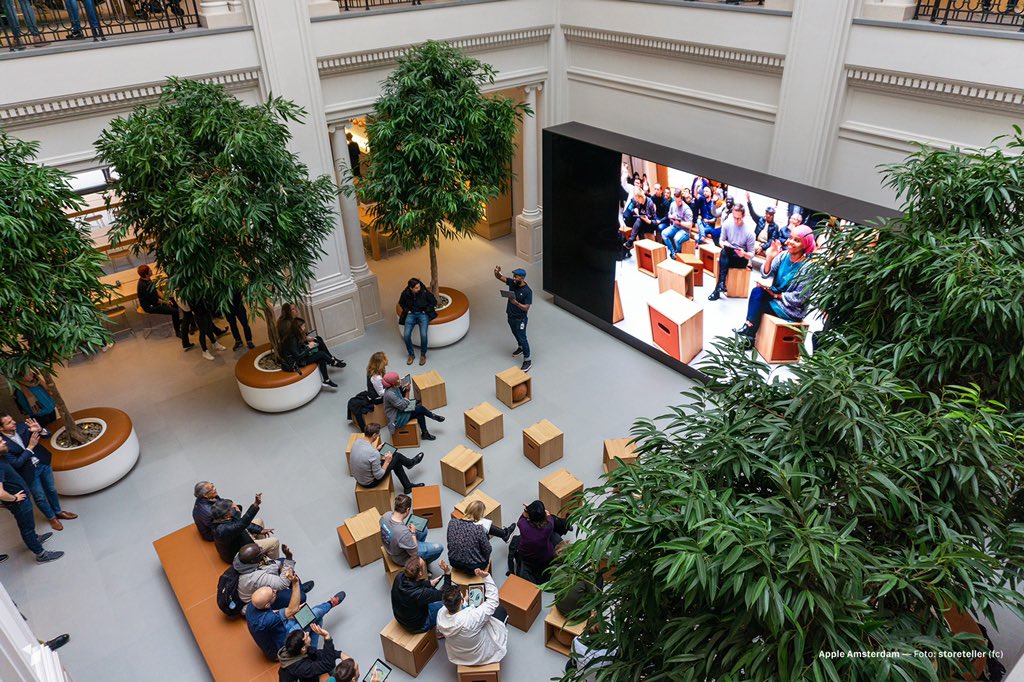 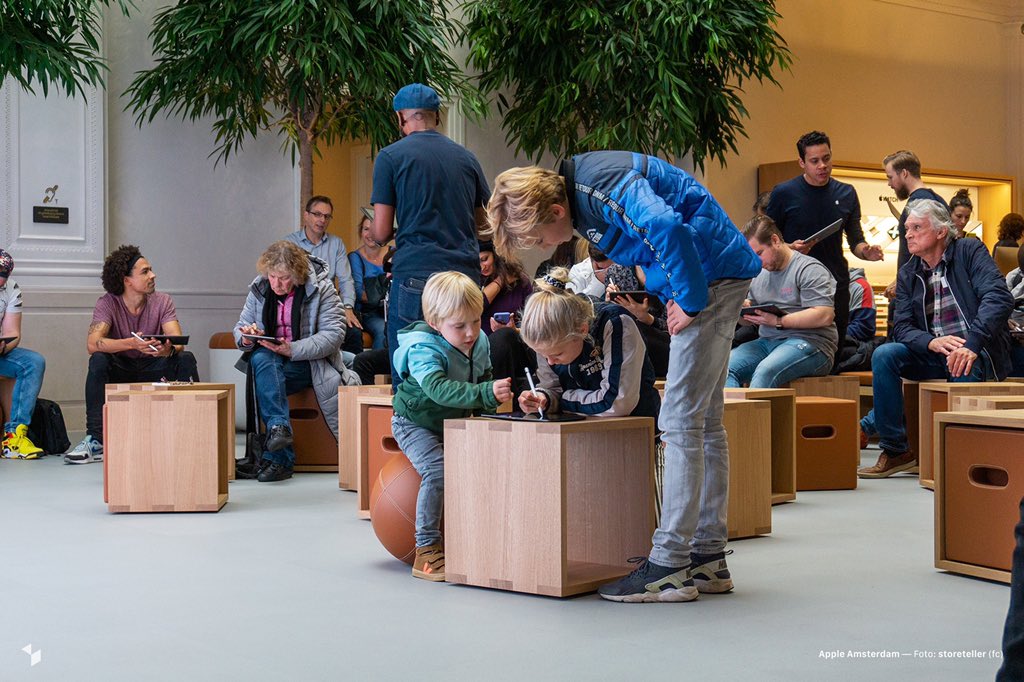 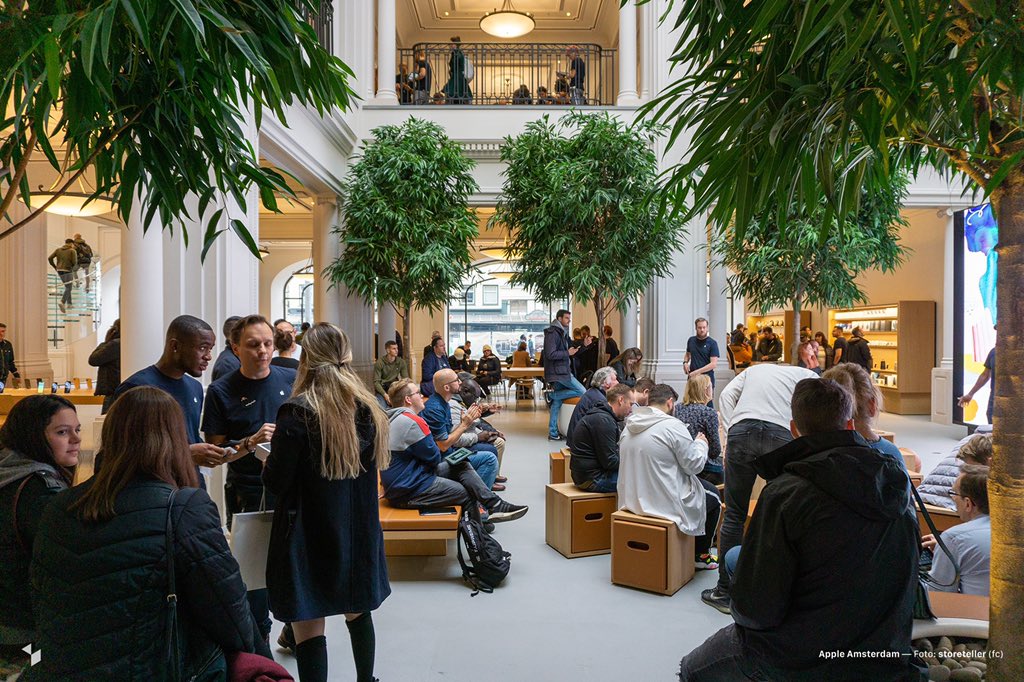 In the second floor area, Apple has set up the corridor area as an accessory display area, including accessories for products such as iPhone,iPad,Mac, which can be purchased in the store. 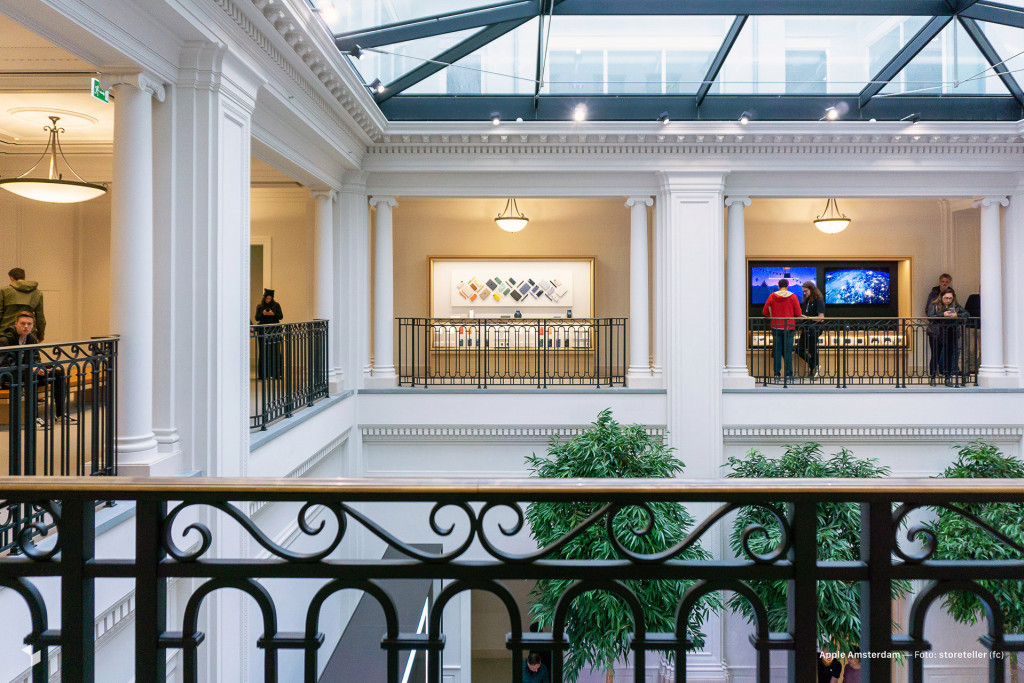 In addition, apple Amsterdam is one of the few apple stores with conference rooms around the world.

Starting in 2016, Apple officially introduced a new style of "conference room" into the Apple Store, inspired by the Apple Park and with the Apple Cupertino style. Different Apple Store conference rooms will make corresponding changes in design style according to the history of the store. 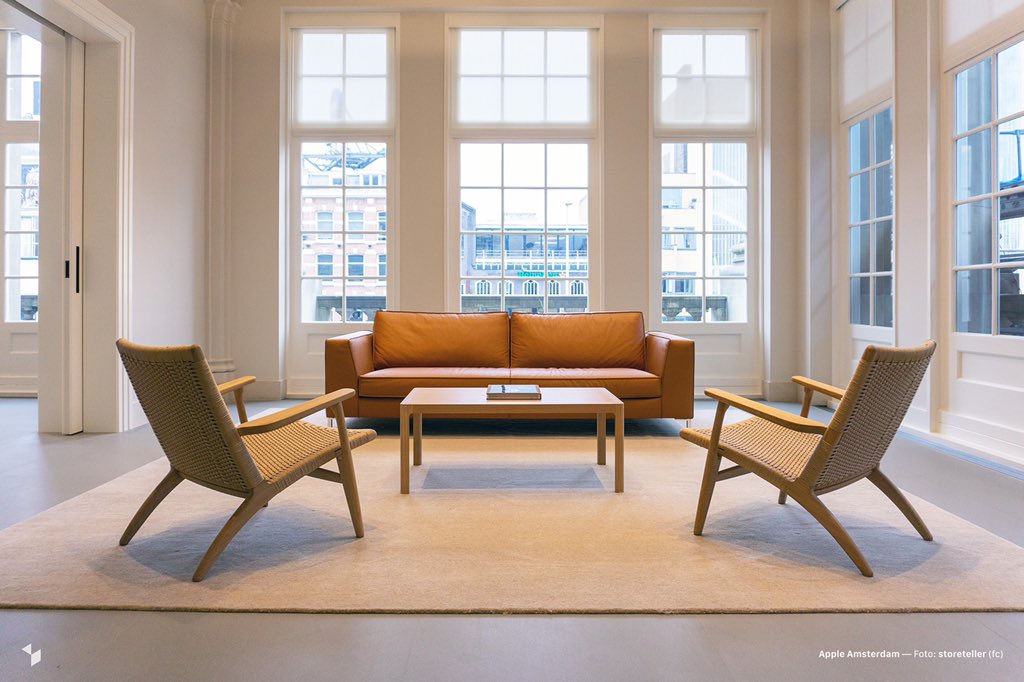 In the new conference room of Apple Amsterdam, you can see many other furniture or furnishings that are already in use, such as Vico Magistretti Atollo glass lamp, bamb vase designed by Laura de Santillana, and so on. 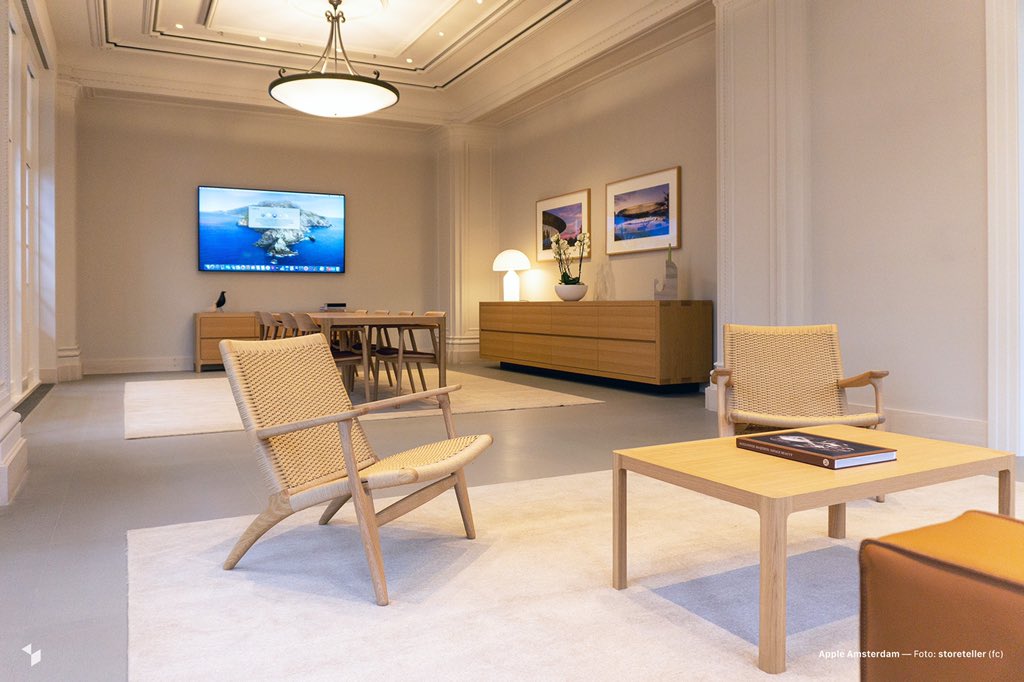 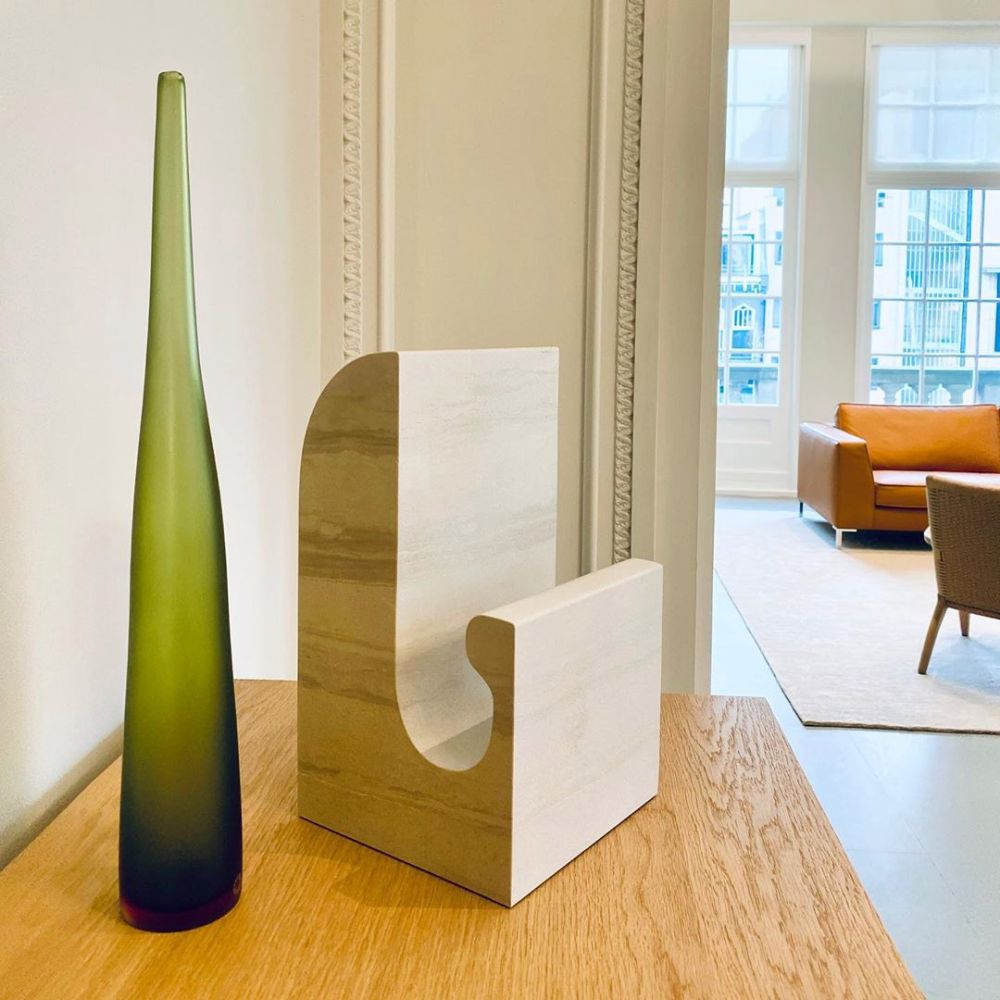 Apple Store's conference room is mainly used to entertain special customers or business customers in the store, and can be used to hold small memories. In addition, conference rooms are occasionally used for small Today at Apple events.

Related news
Taiwan's second Apple Store is about to open
Armstrong's Apple Store is now on a new look.
Amsterdam's Apple Store is now on a new look.
Hot news this week
***
After 85, Peking University Graduates developed wechat "powder cleaning" software for profit related cases of 8million
Pre order stock of some iPhone 12 Pro models is out of stock and delivery has been delayed to November
Hainan version of iPhone 12 series has been exposed for 4784 yuan
Tencent official publicity: Jay Chou speaks for FPS masterpiece call of duty
Hainan edition iPhone 12 series true fragrance: cheap also warranty
It is said that Huawei has suspended paying 1.8 billion US dollars of patent fee to Qualcomm: or suspend indefinitely
Forbes released the list of the best employers in the world in 2020: Samsung No.1, Huawei No.14 / China No.1
IPhone 12 and iPhone 12 Pro out of the box (video)
Samsung Galaxy S20FE 5G mobile phone :120 Hz from 865,4999
The most popular news this week
By contrast, where is the new and old iPhone 12 better than 11?
Samsung leader Li zaireng's case of fraud and stock price manipulation opened today
Caviar's top selling price for luxury custom iPhone 12： is over 310000
The first "chip university" was officially established! Do not recruit candidates to adopt 5 1 2" Culture Model
Boeing 737 Max8 when will the aircraft fly back in China? CAAC Response
no regular version Mate 40? HuaweiMate30E Pro exposure: E with Kirin 990
FreeBSD quarterly report: build environment from MacOS and Linux to migrate git from subversion
Foxconn sold all Alibaba shares for 1.3 billion
Tesla fully automatic driving on the road test! Central control panel environment perception UI was make complaints about ugly explosion
Farewell curved screen! For the first time, Samsung's Galaxy S21/S21 has dug holes