In the last year, DDR4 memory chips continue to reduce prices. Now, 8GB DDR4 single memory is not as brave as the price close to 1000 yuan three years ago, as long as more than 200 pieces can be done. Many players don't feel about DDR4 memory either. They are looking forward to using ddr5 memory earlier. However, the progress of ddr5 memory is not as fast as they think.In 2020, major memory chip manufacturers will mass produce ddr5 memory, which will be popular in two or three years.。

Although the JEDEC specification organization, which dominates the development of memory standards, previously announced the official release of ddr5 standards in 2018, in fact, it did not. The final specification will not be completed until 2020. Its goal is to double the memory bandwidth on the basis of DDR4, starting from 3200mbps, up to 6400mbps, reducing the voltage from 1.2V to 1.1V, and reducing the power consumption by 30%. 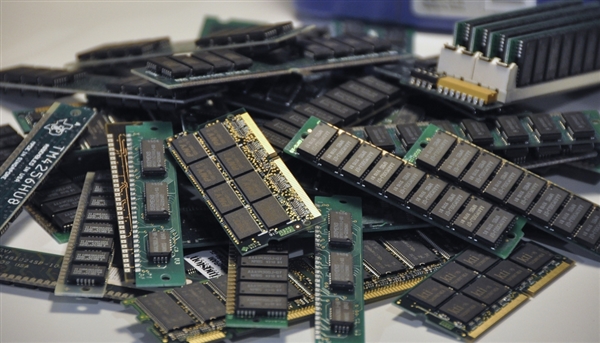 ActuallySamsung,[地名] [越南] My Quang The standard starting point of the DDR5 memory standard in the SK Hercules test is very high, in which SK Hercules launched the first DDR5 memory compliant with the JEDEC specification in November, and the frequency reaches the DDR5-5200, which is 60% faster than the DDR4 3200 MHz, the bandwidth is also up to 41.6 GB/ s, and 11 full HD movies can be transmitted per second.

This year, ddr5 memory is obviously out of the question. It is expected that there will be ddr5 memory applications in 2020.SK Hercules also said they would start mass production of DDR5 memory by 2020。

The current decision on DDR5 memory is still the support platform, in this regard,IntelAfter all, the timing is not mature enough. AMD's zen3 architecture next year is also determined to be AM4 compatible, and will continue to support DDR4 memory. Intel will continue to push 14nm processors in 2020 and 2021, and it is impossible to upgrade ddr5.

We can look forward to 10nm tiger lake, because the mobile version of tiger lake-u supports lpddr5, which is not the same as ddr5 standard, but it also means that 10nm tiger lake-s desktop version is expected to launch ddr5 memory, anyway, the two will not be able to follow up ddr5 desktop / mobile support until 2021 at least.

Compared with the consumption-level market, the server market should be the fastest-used DDR5 memory, and the 10-nm technology Ailex FPGA introduced by Intel this year supports DDR5 and starts shipping at the end of August.

However, although ddr5 memory comes later, its popularization speed will be faster than DDR4. IDC reports that ddr5 memory demand will start to rise in 2020, accounting for 25% of the whole memory market in 2021, up to 44% in 2022, and will become the mainstream market in 2023.