On October 30, Beijing time, according to the US space news website, when the next generation of astronauts landed on the surface of the moon,It is likely that in 2024, NASA plans to use the Lunar Global Positioning System to help astronauts complete their positioning operations.

Such a lunar positioning system can avoid the problem of navigation that puzzled Apollo astronauts in the 1960s and 1970s. As we all know, it is difficult to navigate on the surface of the moon, because it is difficult to distinguish the distance and size of lunar landmarks by human eyes alone. Unlike the earth, the moon has no atmosphere to soften the moon's horizontal line.

Apollo astronauts sometimes encounter difficulties in determining the distance of craters, which are based on images of the probe's high-altitude orbit and marked on maps, such as:Apollo 14 astronauts, who are expected to reach a crater site only 30 meters away, differ in actual distance.

So, in view of NASA's renewed focus on the manned lunar mission, the agency is developing a special receiver that can receive all GPS positioning signals from the lunar orbit, and the GPS relies on 24-32 artificial satellites that operate over the earth, which is a popular positioning tool, The field of application is from the tracking device to the vehicle navigation system, which has completely penetrated the modern life of people.

If all goes according to plan, NASA will build a lunar receiver capable of receiving signals from GPS satellites around the earth's orbit, which will support navigation operations and ground communications of NASA's Orion spacecraft and the lunar deep space portal space station (NASA plans to build).

NASA said in a statement thatThe GPS system consists of three parts: a satellite, a ground signal station, and a receiving system, like a GPS system in a smartphone and a car, capable of continuously receiving a signal from a satellite, and at the same time, The receiver determines the position by calculating the distance between it and four or more satellites.

The lunar GPS is not on the street. The spacecraft may soon be equipped with advanced GPS receivers that can accurately map data and help astronauts locate on the earth, the moon and the vast universe.

In recent decades, NASA has realized the near-moon orbit navigation communication of several spaceships, but the positioning data comes from NASA communication network. GPS can support multiple artificial satellites and obtain valuable bandwidth resources from other NASA networks. There is a technical challenge in the current lunar GPS positioning system.

GPS can use atomic clocks to calculate the time required to transmit signals between satellites, but triangulate the signals to determine the specific location of the target. The Goddard Space Center has developed a better GPS receiver for lunar missions as well as small satellites.

At present, the latest concept of GPS receiver in orbit is 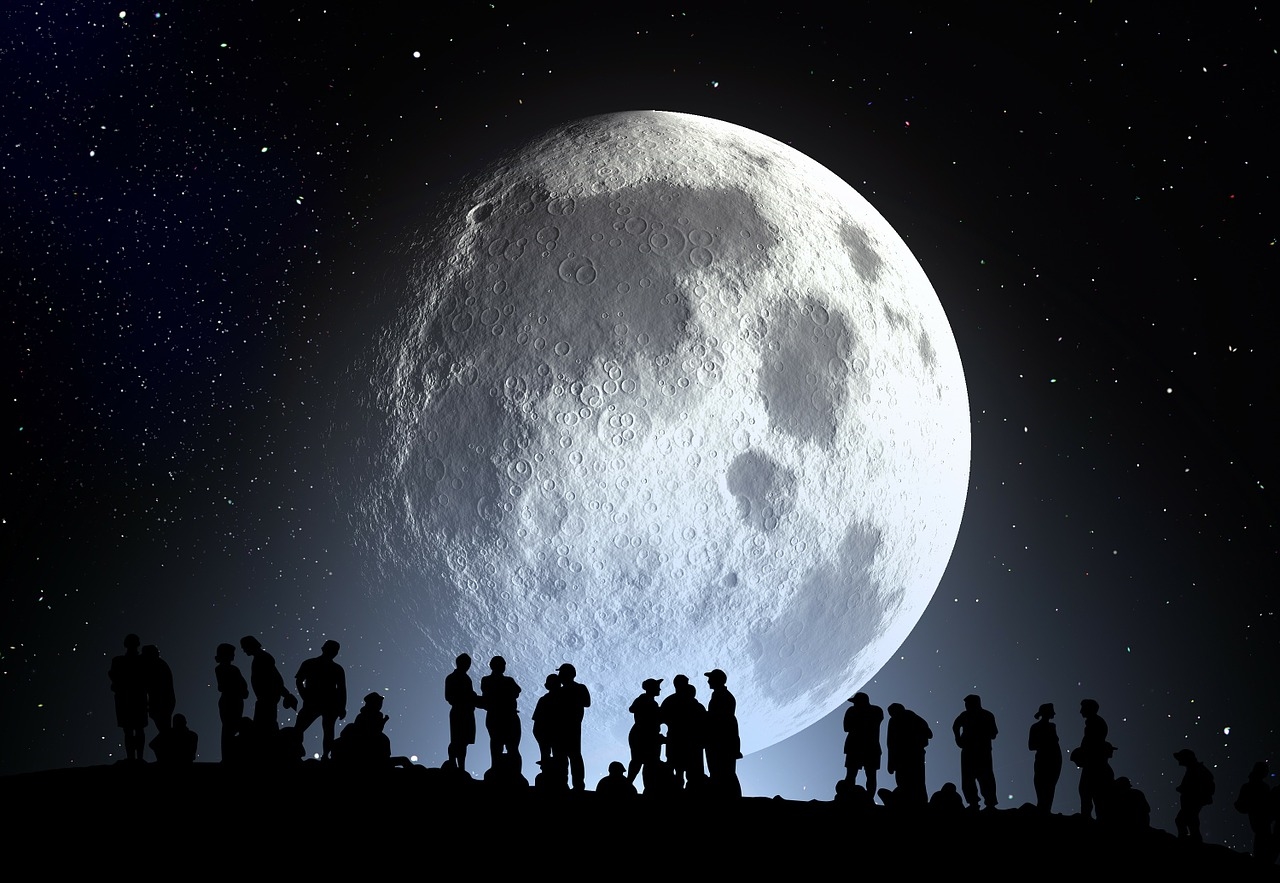 Related news
How to navigate on the moon? NASA intends to expand its GPS service to the moon
NASA plans to expand GPS service to the moon
Prepare for the next moon landing! NASA develops lunar GPS to help astronauts navigate
Prepare for the next moon landing NASA develops lunar GPS to help astronauts navigate
NASA scientists say GPS can also be used on the moon
Alternative GPS China Beidou satellite navigation technology to pick up Everest altimetry beam
SpaceX successfully launched a GPS III satellite for us space forces
Hot news this week
Templates for creating new Twitter in the future? Musk's praise of WeChat has triggered a heated discussion on the whole network
Still did it! Canada has banned Huawei and ZTE from participating in the country's 5G network on "national security" grounds
Tencent Music's TME live will re-screen Jay Chou's concert on may 20 and 21
Henan 4 village bank line cannot withdraw cash? CBRC responds! The public security organs have registered an investigation
Sony's new LinkBuds S headset parameter exposure: only 4.8 grams of comprehensive battery life 20 hours
Weak demand in the mobile market! Domestic shipments of mobile phones fell 40.5% in March to a two-year low
Pig companies continue to increase technology, just launched the smart pig farm, another 100 million to set up a technology company
"Chinese version of LV" is re -executed 680 million! Reporting the property clues of the chairman, up to 8.66 million yuan
Baidu: In 2021, an average of 56 billion malicious information of all kinds will be intercepted every year
"Tencent's more than 30-year-old employees account for nearly 60% of them" on the hot search Netizens: Don't mention 35 years old, start to mention 30 years old
The most popular news this week
Huawei's new display is coming: the "MateView SE" will be released tomorrow
Sex scandal fermentation: Musk was accused of destroying Tesla
Like TV! LG unveils 47.5-inch OLED display: 12,999 yuan
Microsoft Win11, Win10 finally to simplify the "environment variable" Settings
Alibaba's proportion of Ali Health Shares increased to 57.06%
Treat 4 billion! In order to strengthen cooperation, 140 billion chip giants intend to increase the holding of Beijing Junzheng stocks
Break through 1G bandwidth! ZTE Router AX3000 Skytop Version launched on sale 259 yuan
AMD Zen4 accelerates up to 5.4GHz! All cores are 5.0GHz
Xiaomi Bracelet 7 New Breaking News: Blood Oxygen Monitoring Big Upgrade Sports Enthusiasts Must-Have
In 2025 we have to achieve 70%chip self -sufficiency rate! Foreign media: You can't, 21.2% in 2026