On October 30, Beijing time, according to the US Space News website,When the next generation of astronauts land on the moon's surface, it is likely that in 2024, NASA plans to use the Lunar Global Positioning system to help astronauts complete positioning operations. 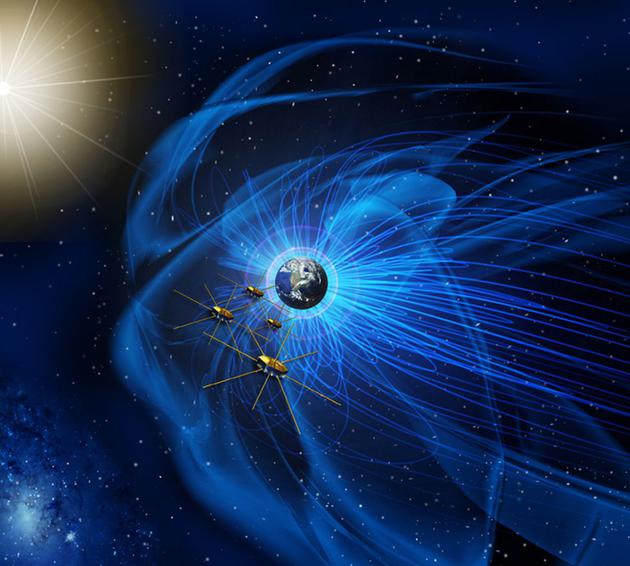 In light of NASA's renewed focus on manned missions to the moon, the agency is developing a special receiver that can receive all GPS positioning signals from lunar orbit.

Such a lunar positioning system can avoid the problem of navigation that puzzled Apollo astronauts in the 1960s and 1970s. As we all know, it is difficult to navigate on the surface of the moon, because it is difficult to distinguish the distance and size of lunar landmarks by human eyes alone. Unlike the earth, the moon has no atmosphere to soften the moon's horizontal line.

Apollo astronauts sometimes encounter difficulties in judging the crater distance, which is based on images of the probe's high-altitude orbit and marked on maps, such as Apollo 14 astronauts, who expect to reach a crater site only 30 meters away, but the actual distance is different.

So, in view of NASA's renewed focus on the manned lunar mission, the agency is developing a special receiver that can receive all GPS positioning signals from the lunar orbit, and the GPS relies on 24-32 artificial satellites that operate over the earth, which is a popular positioning tool, The field of application is from the tracking device to the vehicle navigation system, which has completely penetrated the modern life of people.

If all goes according to plan, NASA will build a lunar receiver capable of receiving signals from GPS satellites around the earth's orbit, which will support navigation operations and ground communications of NASA's Orion spacecraft and the lunar deep space portal space station (NASA plans to build).

NASA said in a statement that the GPS system is composed of three parts: artificial satellite, ground signal station and receiving system, just like intelligenceMobile phoneLike the GPS system in a car, it can continuously receive signals from satellites, and at the same time, the receiver determines its position by calculating its distance from four or more satellites.

The moon's gps is not on the ground street, and the space shuttle may soon be equipped with advanced gps receivers to accurately map the map data to help astronauts navigate the earth, the moon and the vastness of the universe.

In recent decades, NASA has achieved navigation and communication of multiple spacecraft in near lunar orbit, but the positioning data comes from NASA communication network. GPS can support multiple artificial satellites and obtain valuable bandwidth resources from other NASA networks. At present, there is a technical challenge in the lunar GPS positioning system - GPS is at a lower altitude, that is, the satellite orbit is 20115km or more. Next, it's the most accurate, but NASA has extended GPS navigation to higher orbital positions for geosynchronous environmental satellites (goes) and magnetospheric multi range missions (MMS), and NASA believes GPS navigation may extend higher orbital positions.

Jason Mitchell, the chief technology expert at NASA's Goddard Space Center Engineering and Systems Analysis, said: The "In fact, that multi-range task of the magnetosphere has come to a distance of about half the moon." is now planning to develop better electronic devices on the basis of a multi-range mission-based navigation system in the magnetosphere, Antenna technology and more accurate clock.

GPS can use atomic clock to calculate the time needed for signal transmission between satellites, but triangulate the signal to determine the specific location of the target. The Goddard Space Center has developed a better GPS receiver, which can be used not only for lunar exploration missions, but also for the "proliferation program" of small satellites.

The current track-to-current GPS receiver concept is a "NavCube" that combines the functions of the magnetosphere multi-range task navigation GPS and the flight calculation platform "SpaceCube", and in the near term, the "NavCube" has been sent to the International Space Station and will be used to test GPS signal processing, Demonstrates how to realize ultra-high-speed X-ray communication in space.

Related news
How to navigate on the moon? NASA intends to expand its GPS service to the moon
NASA plans to expand GPS service to the moon
Prepare for the next moon landing! NASA develops lunar GPS to help astronauts navigate
Prepare for the next moon landing NASA develops lunar GPS to help astronauts navigate
NASA scientists say GPS can also be used on the moon
Alternative GPS China Beidou satellite navigation technology to pick up Everest altimetry beam
SpaceX successfully launched a GPS III satellite for us space forces
Hot news this week
Young people can't change their mobile phones one brother pressure in the channel inventory up to 50 million
Chinese mysterious female rich 560 million buy European luxury homes: the full amount of cash is paid at a time
Criminal gang candid courier list takes the money 8 people to be arrested
Do you make feed after Yi Lord? Zhenghong Technology M & A has mystery
The first pop -up shop in the United States opened, Bubble Mart opened the North American expansion plan
The goose factory is finally making a move on the metasverse?
The 560m Chinese woman who bought luxury homes has also been involved in JD.com's investments in Tuniu, Vipshop and Fafa Qi
With this charging treasure that can legal "stealing electricity", I don’t worry about the mobile phone out of power
Son's bet that ARM's listing will boost SoftBank's stock price?
Huawei Hongmeng has become! Many mobile phone manufacturers will follow up with Hongmeng OS technology
The most popular news this week
Wechat announced access to Tencent map: travel footprint state one key fix
Tencent Holdings dive afternoon! Naspers Group will sell Tencent in an orderly manner
Rumor apple new machine in August mass production, Foxconn zhengzhou factory big recruitment! Old staff rehire award 5400 yuan
A large number of QQ numbers stolen official announced the results of the investigation
Tencent said major shareholders will sell their shares for a total profit of about 24.5 billion yuan
Born with a silver spoon in one's mouth, IE finally why can't escape the fate of being eliminated?
The first batch of meizu free battery replacement models are announced: Meizu 15 and other five models are listed
Meizu official celebrate Flyme 10th birthday: More surprises, wait for August
The first batch in the country! "Main Driving Unmanned" Autonomous Driving is approved
IPhone 14 revealed the earliest early August mass production Foxconn a large number of recruitment: on entry to send 5400