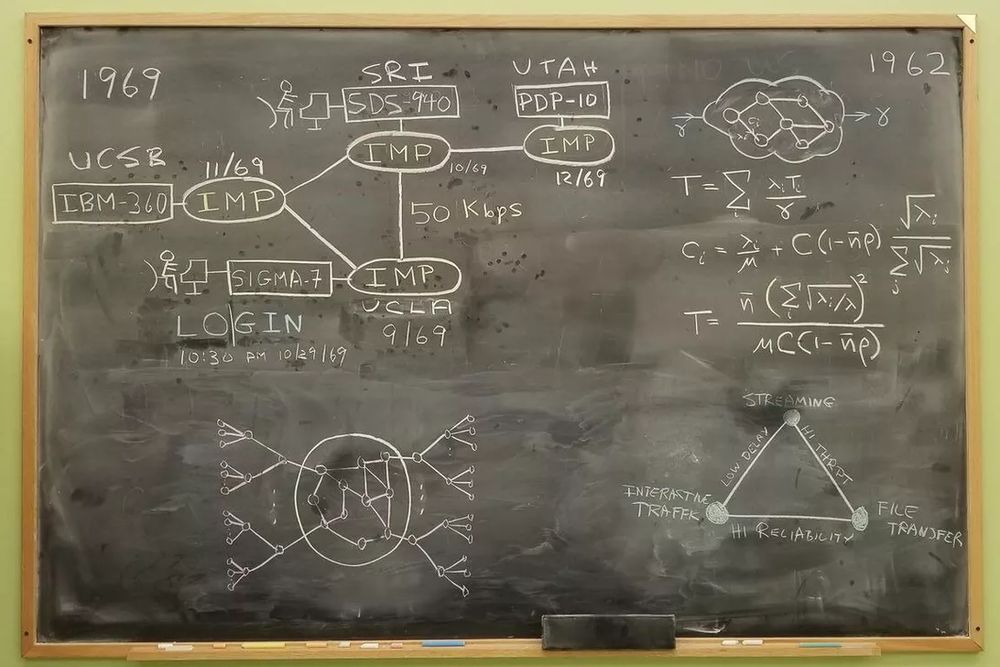 The picture comes from the University of California, Los Angeles.

Before the 1990 s, the Internet was in the early stage of development.In this period, many scholars have explored the Internet, for example, the Internet father of the Internet, and Bob Kahn, created the TCP/ IP communication protocol; the first domain name of the world in 1985 was born; the first search engine in the world was born in 1990 and so on.

At the beginning of the new century, the Internet is no longer limited to the transmission of information, but more social, entertainment and consumer attributes.Companies such as Twitter and Amazon in the United States have risen, while China has risen rapidly from Renren, Kaixin to BAT (Baidu, Ali and Tencent).

In 2008, intelligencecellphoneAnd the application of the 3G communication technology has opened the gate of the mobile network era, BAT continues to dominate, and the TMD (front-page, United States and Didi) rise.Online learning, online registration, online ordering... In the era of mobile Internet, people's life is more and more convenient.

Since 2010, with the continuous breakthrough of cloud computing, big data, artificial intelligence, virtual reality, 5G and other technologies, the Internet has gradually developed from a network model all over the world to a brain model that combines human intelligence with machine intelligence.Today, almost all Internet giants have launched "brain" systems, Google brain, Baidu brain, iFLYTEK superbrain, Ali ET brain, Tencent super brain, Didi traffic brain, 360 safe brain andHUAWEIBrain systems such as EI agents have sprung up.

From 1969 to 2019, the Internet has gone through 50 years, which has influenced you and me and changed the world.

Related news
Internet Archive: recording the forgotten Internet
Hot news this week
Biden signed a chip and scientific bill, a video call of WeChat iOS internal test suspension window, the advanced CPU caused Win11 to be difficult to use, Huawei new machines enter...
Alibaba: Shareholders SoftBank will settle in advance for advanced payment in advance involving a maximum of about 242 million ADR
Text message color, picture quality compression! Google calls out Apple for improving cross-device messaging
How to regulate the "broken card" operation to crack down on electrical fraud to prevent "accidental injuries" with cards?
Musk's eyes! Lei Jun released a full -size humanoid robot Xiaomi self -developed strength explosion table
Japan has confirmed that China has overtaken the US for the first time in the world's top three indicators of scientific papers
SoftBank Group announced the early settlement of up to 242 million forward contracts for ADRs in Alibaba, reducing its stake to 14.6 percent
iPad 10 will be absent from iPhone 14 conference: October appeared on Apple's last non -comprehensive tablet tablet!
Kuaishou TOB business Yu Bing: Self -developed chips or mass production after the end of the year, the video must be turned into light industry
The three major indexes of the US stocks opened sharply: ROBLOX fell more than 4%, Twitter and Tesla rose more than 3%
The most popular news this week
Put an SSD in your phone: from 2,499 yuan
China's largest general purpose drone! The first five flights were successful
IPhone 14 to be released alongside Huawei Mate 50: Which bangs do you choose?
Tencent's agent of the Russian war online game announced the suspension: Customs Customs in October
Will the heat this summer cause the winter to be extremely cold? Expert science
New Intel NUC Mini! First time with Core P 12 and a castrated version
Lenovo and Motorola are involved in the case! US ITC launched 337 surveys on mobile electronic devices
Apple excludes RCS from iMessage iPhone users miss out on 5G messages
Can the Bayeng government smashing the billions of dollars to subsidize the new energy vehicle market, can the goal of "Made in North America" achieve it?
Windows 12 new picture is here: Feel it in advance