IPhone 11 doing so well Apple may want to keep LCD

All the scripts for iPhone 12 have been written. 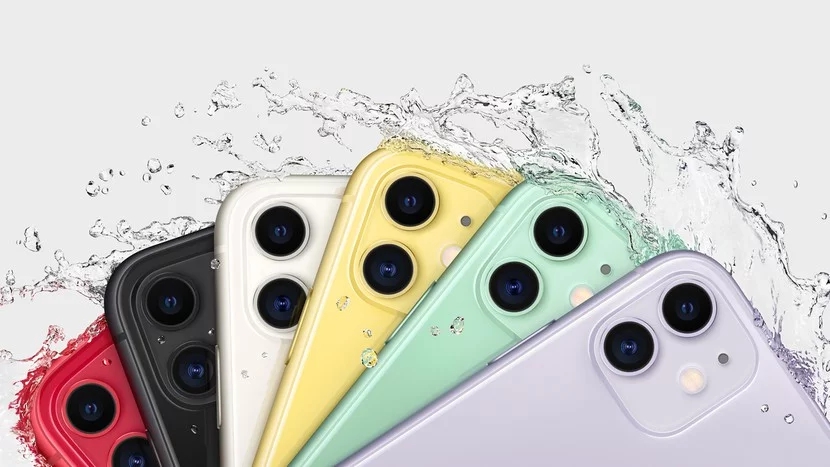 According to a report released by DigiTimes through MacRumors today, the iPhone 11 has excellent market performance and will encourage Apple to consider continuing its 2020 iPhone line with the same sales route as this year, that is, to retain a LCD model with basically the same internal configuration but lower prices.

This also seems to confirm another analyst's previous report, which implied that Apple would reduce iPhone 11 ProMax production due to weak sales. Clearly, the iphone 11 is as popular as last year's iphone xr, so apple's perception of the situation would be a better strategy for the 2020 iphone.

The DigiTimes source speculated that the iPhone 11 performance would have an impact on Apple's 2020 iPhone program, allowing the company to choose to continue to retain the LCD screen model in its flagship lineup, instead of using an OLED across the line.

Previously, most markets had predicted that Apple's iPhone would be fully equipped with OLED screens by 2020.

Although OLED panels offer a great visual experience, LCD does have its advantages, including higher power efficiency and lower cost, which are outstanding in this year's iPhone 11. However, as rumors of another cheap entry-level machine have been quite popular this year, if the iPhone se 2 does exist, then the LCD screen will definitely be used on it. Now DIGITIMES' report is the first time we've heard that Apple will stick to LCD on its iPhone products during the next year.

Dear friends, would you like to see the new iPhone series embracing OLED in full next September, or will you continue to have the cheap LCD screen "iPhone 12"?

Related news
IPhone 11 sells well: Apple or keeps LCD LCD screen on iPhone 12
In addition to the 2800 yuan LCD screen iPhone 9, what other places save costs?
Hot news this week
Titanium Media Publish Assesum: People's Bank: Digital RMB Winter Olympics pilot has entered the sprint phase; Tesla announced that 250,000 Powerwall energy storage power stations have been installed
Alibaba and Tencent have received more than half of the 43 antitrust fines, and lawyers say the penalties are likely to increase
Study on the sequelae of COVID-19 in the Chinese team: Shortness of breath, depression and other problems still existed nearly one year after discharge
Capital does not love SAIC, "flying" subsidiary, Jet Hydrogen Technology intends to go to science and technology board
Huawei redefines one of the three major communication networks of the underground communication network
Tencent responded to "APP to get ridiculous": Upgrade APP is now downloaded for user rights protection
Gree announced the implementation of the double-holiday work system Dong Mingzhu from the media voice netizen God reply
The approval of Sensetime's IPO gives the metasurverse concept another ride
Netease Cloud Music will soon be listed on the back of 200 million monthly live users how to make money
US media: If it is unable to quickly solve the problem of incomplete behavior in the company, the moving Blizzard CEO will consider resignation
The most popular news this week
Xiaomi Motor settled in Beijing Economic Development Zone in the first half of the first half of the year
Tesla: Super charging network has covered Guangdong Province traffic trunk
Foreign manufacturers make IPHONE 13 Pro with Tesla accessories! Sold price direct retrogenization
谷歌曾计划在2020年就推出Pixel手机的Tensor芯片
Huawei Heavy Machinery is re-incorporated! Generators except logo exactly
Samsung PCIe 4.0 hard drive upgrade: more heat sinks fully support PS5
New crown latest variament has emerged in early November: New York, USA has a bad feeling
Black Friday us stores face embarrassing situation! Got stuck in the neck
Vehicle positioning signal weak puzzle! To be completely solved by Huawei
Apple resumed sales of the iPhone and iPad in the country after an emergency removal, with prices rising by 25%