AirPods Pro has just been put on sale, and huaqiang north shanzhai products have arrived. 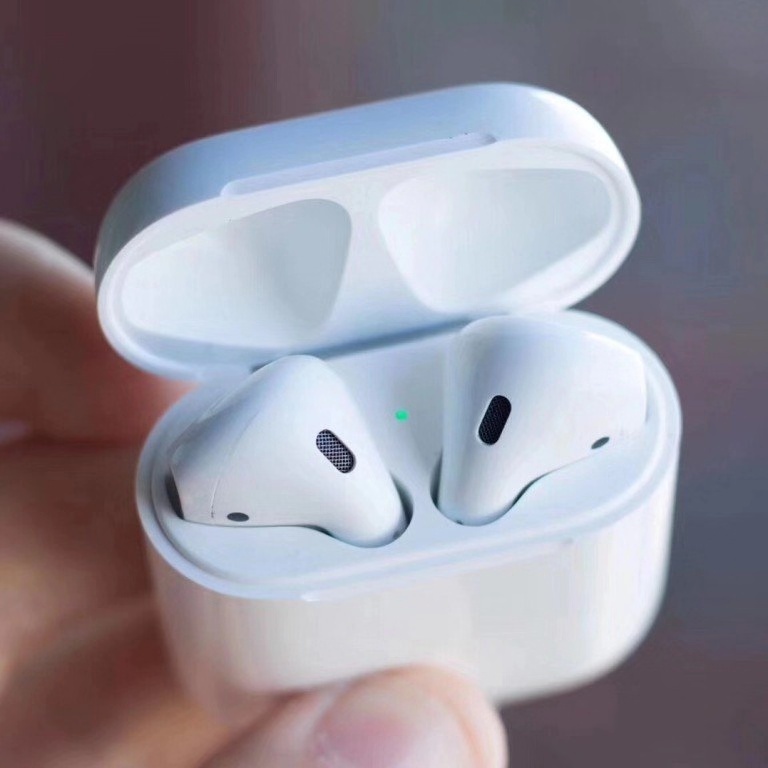 Original title: Chinese factories lending to get knock off of Apple's airplads pro to local buyers the day after us release

Netease technology news, Oct. 30, according to the South China Morning Post, although Apple's iPhone sales have been sluggish in the past few quarters, Apple Wireless Headset airpods has become the company's second best-selling product. Apple's airpods are so popular in China that many factories are scrambling to copy the latest models.

"We will soon sell the same earphones as Apple's airpods pro, in the next two to three days." Fu, a salesman selling electronic products in Huaqiangbei, Shenzhen, said on wechat. A few hours later, Apple released the airpods pro.

Apple's latest airpods Pro wireless headset has a built-in H1 chip, which can automatically reduce noise. Its official retail price in China is 1999 yuan, while the official price of airpods is 1558 yuan.

The airpods wireless headset has become Apple's second best-selling product in terms of overall iPhone sales in the past few quarters. Bernstein research estimates that in the three months to June 30, airpods sales soared 70% to about $2 billion.

Although more than 25 million people around the world own authentic airpods, many young people in the Chinese market wear fake Apple wireless headsets.

In a technology survey conducted in the Chinese market, more than 60% of people said that the airpods Pro was too expensive, 20% said they would buy it, and the rest said they would continue to use the old airpods.

There are hundreds of Shanzhai mobile phone manufacturers in Shenzhen, whose low-end function phones and smart phones are usually sold to countries with low purchasing power. According to Fu, the Shanzhai airpods is one of the most popular electronic products in Shenzhen.

According to different materials and processes, the price of these imitations is usually between 69 yuan and 299 yuan, which is only 4.4% and 19% of the retail price of the genuine products with wireless charging box.

"The 299 yuan headphones look like airpods, and when you pair them with your phone, you can even simulate the same animation on the iPhone screen," said Fu.

The commentary video on YouTube admired the Chinese made Shanzhai Apple headphones. Many people said that the $299 yuan Shanzhai headset not only looked exactly like the original version, but also had similar sound quality.

Fu said the price of the first fake airpods Pro may be a little high considering the mold cost of the new Apple headphones, but she expects the price to drop rapidly after the demand stabilizes.

"It's a market driven product, so I can't predict the price of the fake airpods Pro right now." Fu added. (Chen Chen)

Netease comments: if the technical strength is not bad, why not create a brand by yourself, and have to be a copycat?

Related news
AirPods Pro has just been put on sale, and huaqiang north shanzhai products have arrived.
Airpods Pro experience: a new breakthrough of airpods
DIGITIMES: 2020 iPhones or bundled with airpods
Apple's airpods Max on sale in China: 4399 yuan
The new generation of Apple's airpods will be released as soon as next month!
Real machine multi picture exposure! Listen to Apple's air pods 3
Apple AirPods Pro 2 is very fragrant: But there is a little regret
Apple's back-to-school policy change: You can't buy AirPods Pro at a premium for education
Apple releases iPhone 14 and AirPods Pro 2: Huaqiangbei is very injured
1899 yuan! Apple AirPods Pro 2 has 8 upgrades: One article understands details
Hot news this week
"GTA6" was stolen by a hacker without being released. How can the game company defend the source code?
The new rules of Internet popover will be implemented on September 30, and the chaos of "bully screen advertising" is expected to be eradicated
Google is shutting down its Stadia cloud gaming project, with the developers involved saying they had no knowledge of the plans
Brother sent a mobile phone to pay 200 yuan to pay the owner to the police: money is not scraped by the wind
Mate 50 Kunlun version is in short supply! Huawei additional production capacity: October supply can improve
IPhone6 officially "retired", its series sold 250 million units, second-hand purchase price is now as low as 100 yuan......
After a lapse of 28 years, the Chinese women's basketball team won the World Cup runner -up Li Meng's T -shirt on fire
Woman addicted to 'A Sheep' husband worried about being cheated to report for help: official confession
Apple responds to the iPhone accident monitoring cannot be triggered 100%: no minimum requirements are met
Meituan Wang Xing: Chinese auto companies will definitely win, "NIO, Huawei, ideal" will replace BBA to occupy the high-end market
The most popular news this week
Girls walk to play mobile phone hit telephone pole forehead bulge: hope friends learn a lesson
The Snapdragon 8 Gen2 flagship of the Year is here! The standard battery may not even be 4000mAh
Boot up is the new high-end flagship of Android 13 first look: performance is crushed by iP14
Are you enough? Microsoft announced that all compatible users can upgrade win11 2022
American Infrastructure Revival 8000M Fiber Broadband: The same speed, unlimited upward speed, unlimited
Brazil approves Activision-Blizzard deal
Apple doubles U.S. manufacturing: mostly small-scale test production, only Mac Pro assembled in the U.S.
EPIC CEO Angry Apple App Store price increase: Apple is like a landlord, developers have nowhere to go
Xiaomi Group: $ 117,000 repurchase 4,800 shares shares shares
Sub -iPhone 14! Huawei New Machine Release: Snapdragon U Blessing